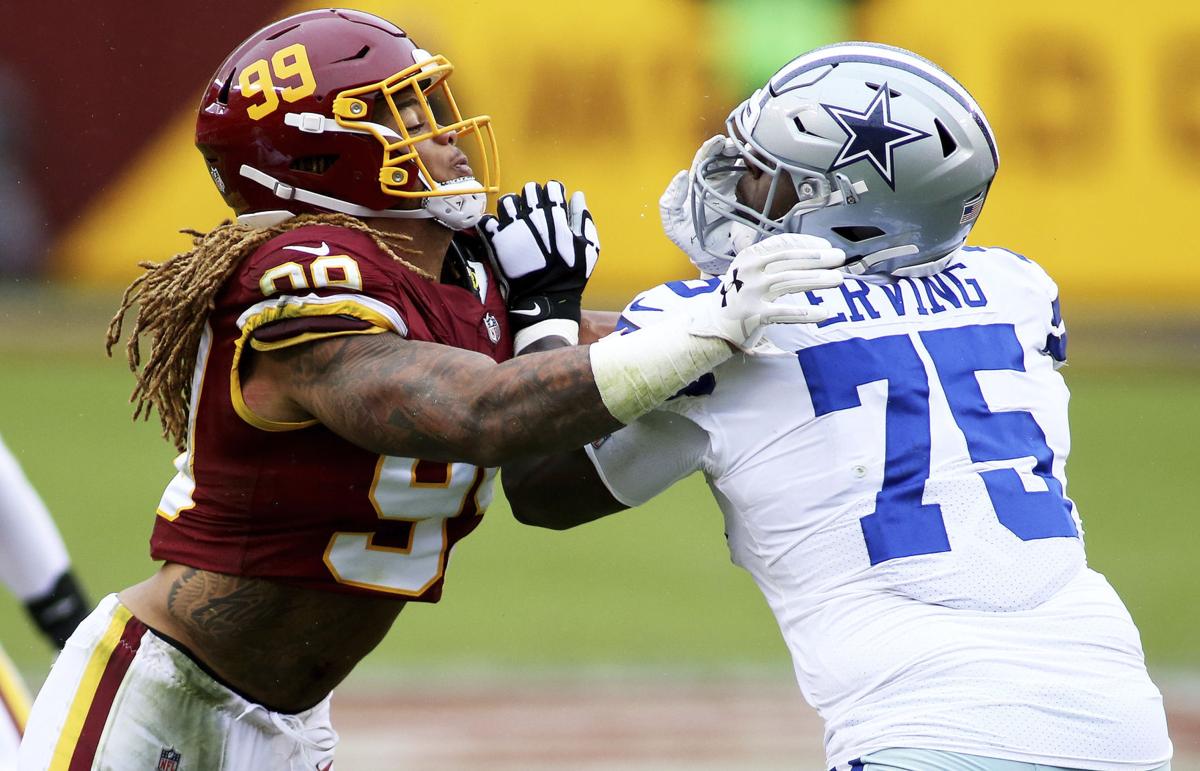 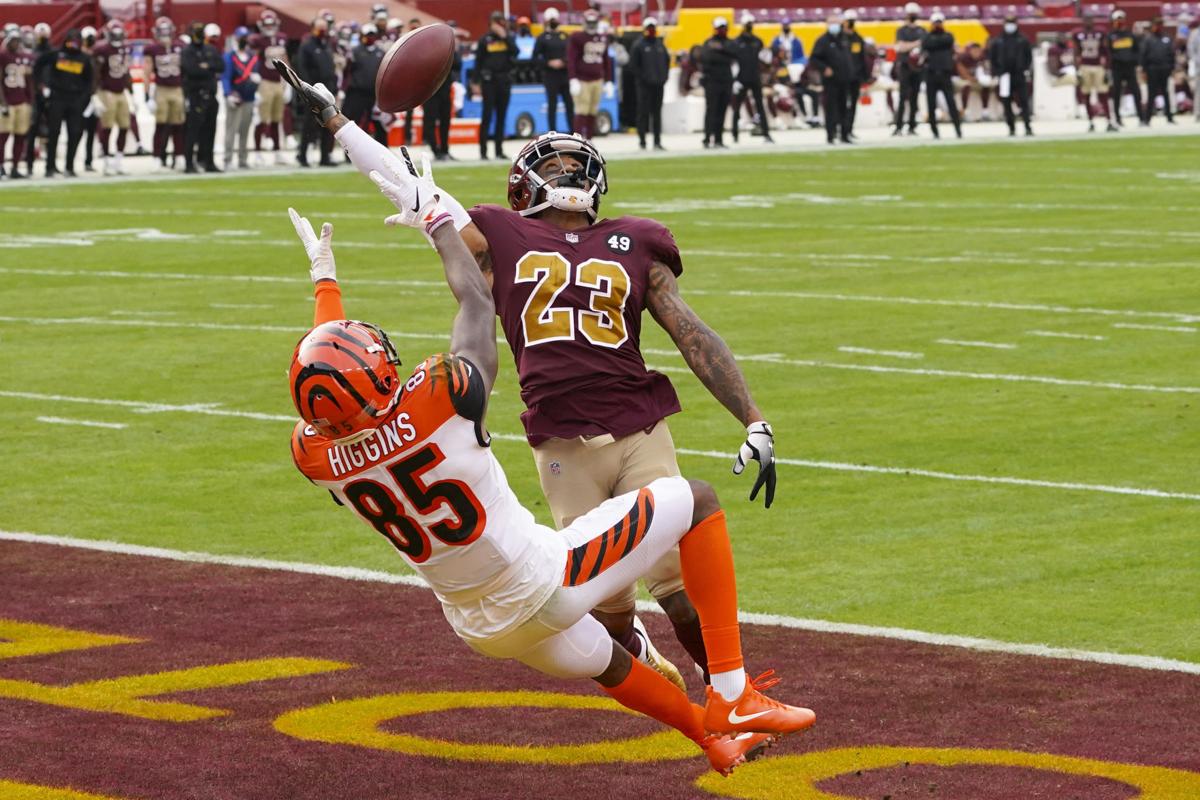 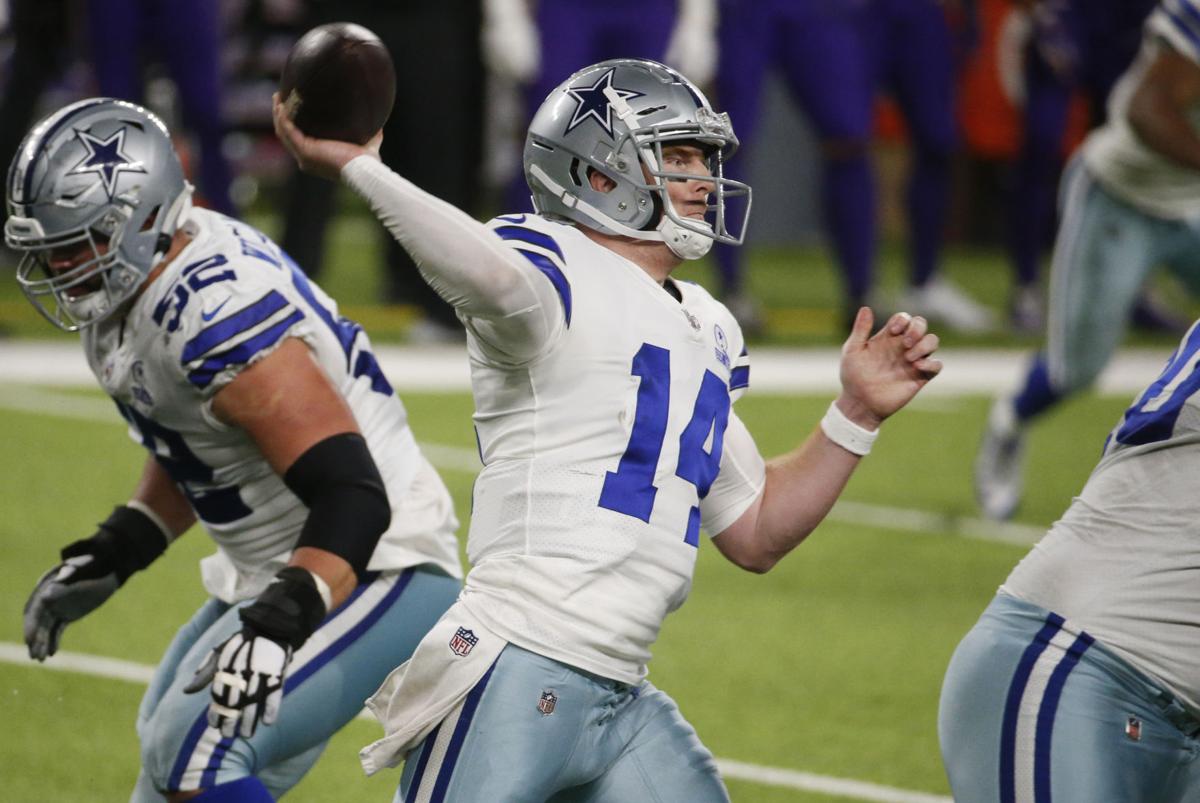 Dallas Cowboys quarterback Andy Dalton throws a pass during the second half of an NFL football game against the Minnesota Vikings, Sunday, Nov. 22, 2020, in Minneapolis. The Cowboys won 31-28. (AP Photo/Bruce Kluckhohn)

Wins by Dallas and Washington on Sunday set up the most improbable of scenarios — the winner of their Thanksgiving clash will be in first place in the NFC East.

Both teams enter the game at 3-7, a half-game behind the first-place team, the Philadelphia Eagles (3-6-1), and tied with the other divisional team, the New York Giants (3-7).

The Eagles don’t play until Monday, and the Giants play on Sunday. That means the winner of the Cowboys-Football Team clash will enjoy a few days as the division’s lone four-win team.

“I will say, just the fact that we’re not very good as a division right now, and we’re half a game off the lead, it’s reason for guys to come show up and prepare and get ready and see what happens,” Washington coach Ron Rivera said.

Rivera was effusive in his praise of the team on Monday, singling out, among others, cornerback Ronald Darby and offensive lineman Morgan Moses, who had strong showings.

He said he feels the team has been close in its last three losses — two to the Giants and one against the Lions — and was happy to see his young team get over the hump.

“Coming in the office, it didn’t feel as bad as it had in the past after losing,” Rivera said. “Losing, it [stinks] to be honest. Sometimes it’s just miserable. But coming in and looking back on those three games, for me, and thinking about the progress we’re making ... I’m optimistic about a lot of things.”

Despite that optimism, he’ll start the week as a 3-point underdog against the Cowboys, who have turned their own corner.

It will be a potential revenge game for Dallas, which lost 25-3 in Washington one month ago, a game in which the team looked uninterested from start to finish.

Since then, they’ve played the Steelers tight, and defeated the Vikings on Sunday.

Dallas quarterback Andy Dalton was knocked out of the first Washington game, but made his return against Minnesota.

He’ll go against Alex Smith, who is aiming to author his own comeback story. Smith was injured in 2018 with Washington in first place in the division at 6-3. Now, in his return season, he’ll get an opportunity to win one of the most unorthodox division titles of all time.

In the modern era, only two teams with losing records have made the playoffs in a nonstrike year — Rivera’s Carolina Panthers being one of them.

“But the thing that’s positive is the way they play. They play hard to the end. They put themselves in position to win. Now, it’s just a matter of winning.”

Dallas Cowboys quarterback Andy Dalton throws a pass during the second half of an NFL football game against the Minnesota Vikings, Sunday, Nov. 22, 2020, in Minneapolis. The Cowboys won 31-28. (AP Photo/Bruce Kluckhohn)