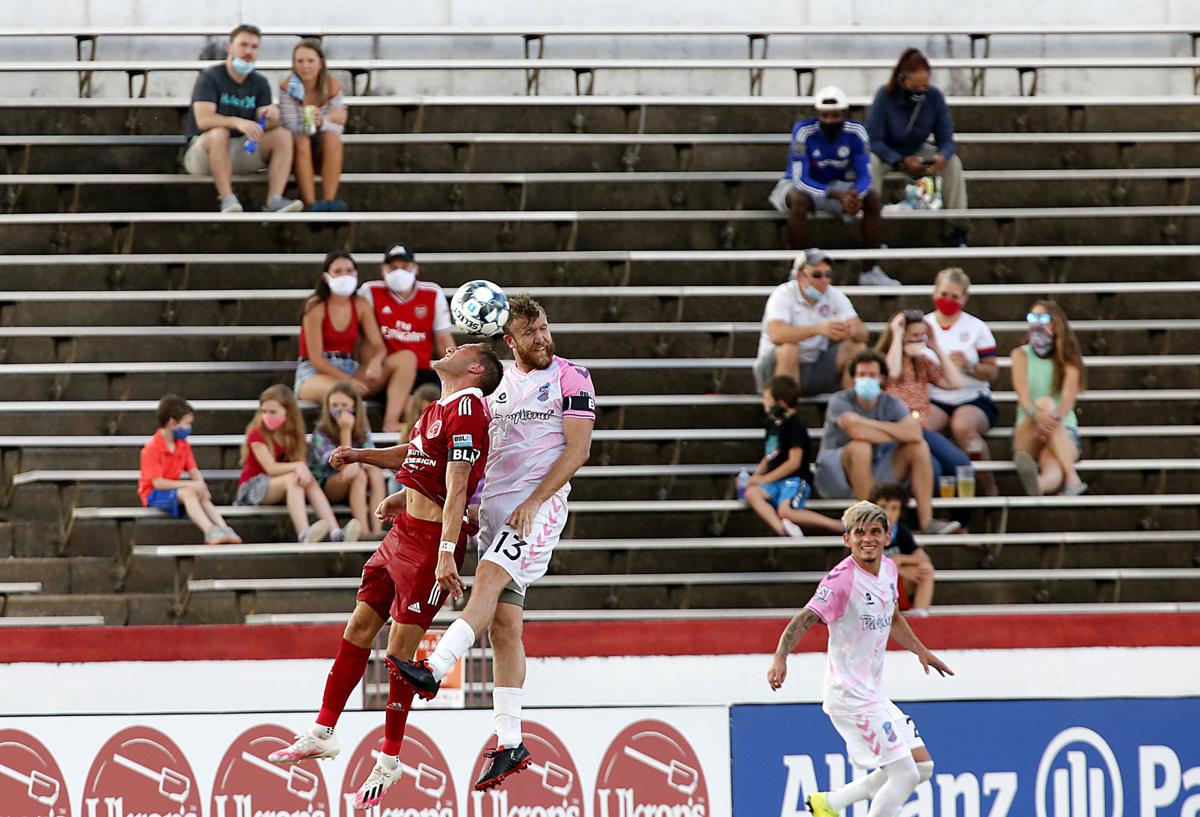 The Richmond Kickers were the only local pro team to stage home games last year, but did so with substantially reduced capacity. Local sports franchises are asking Virginia Gov. Ralph Northam to allow more spectators this spring in outdoor venues. 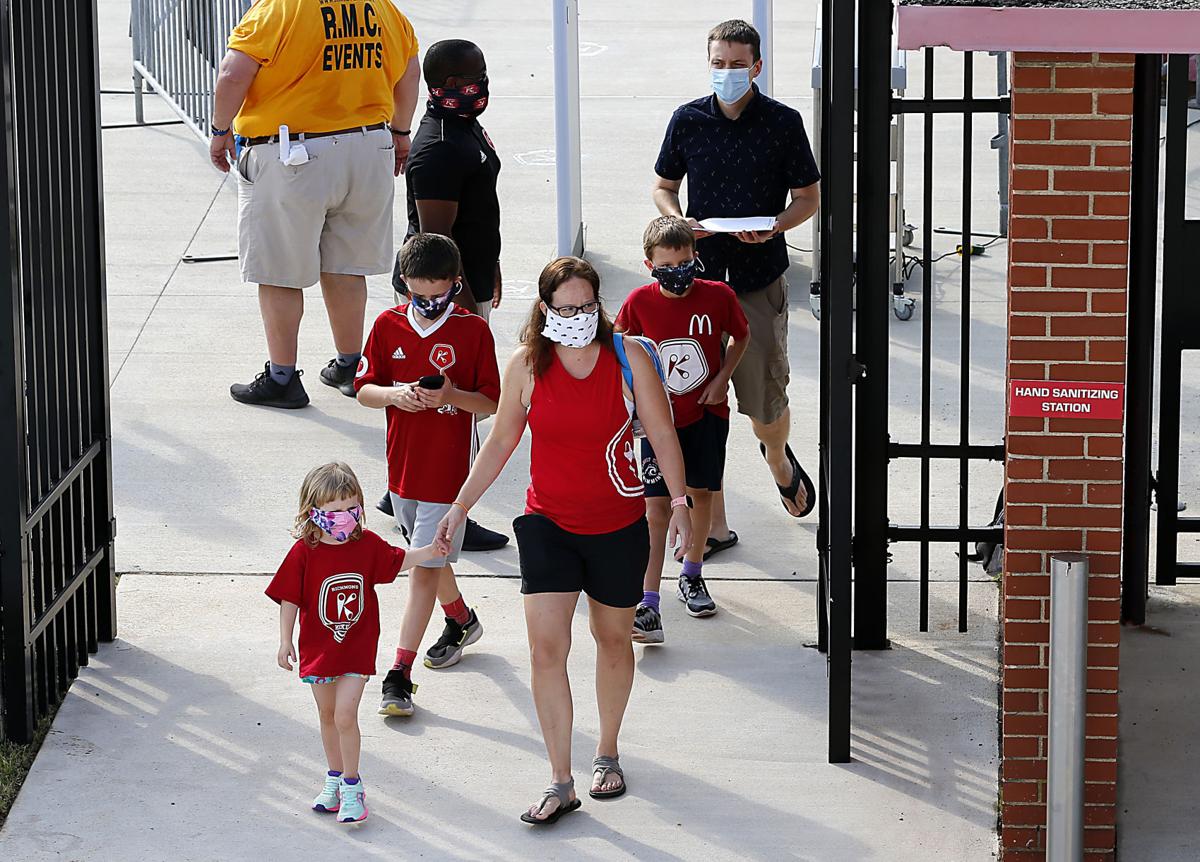 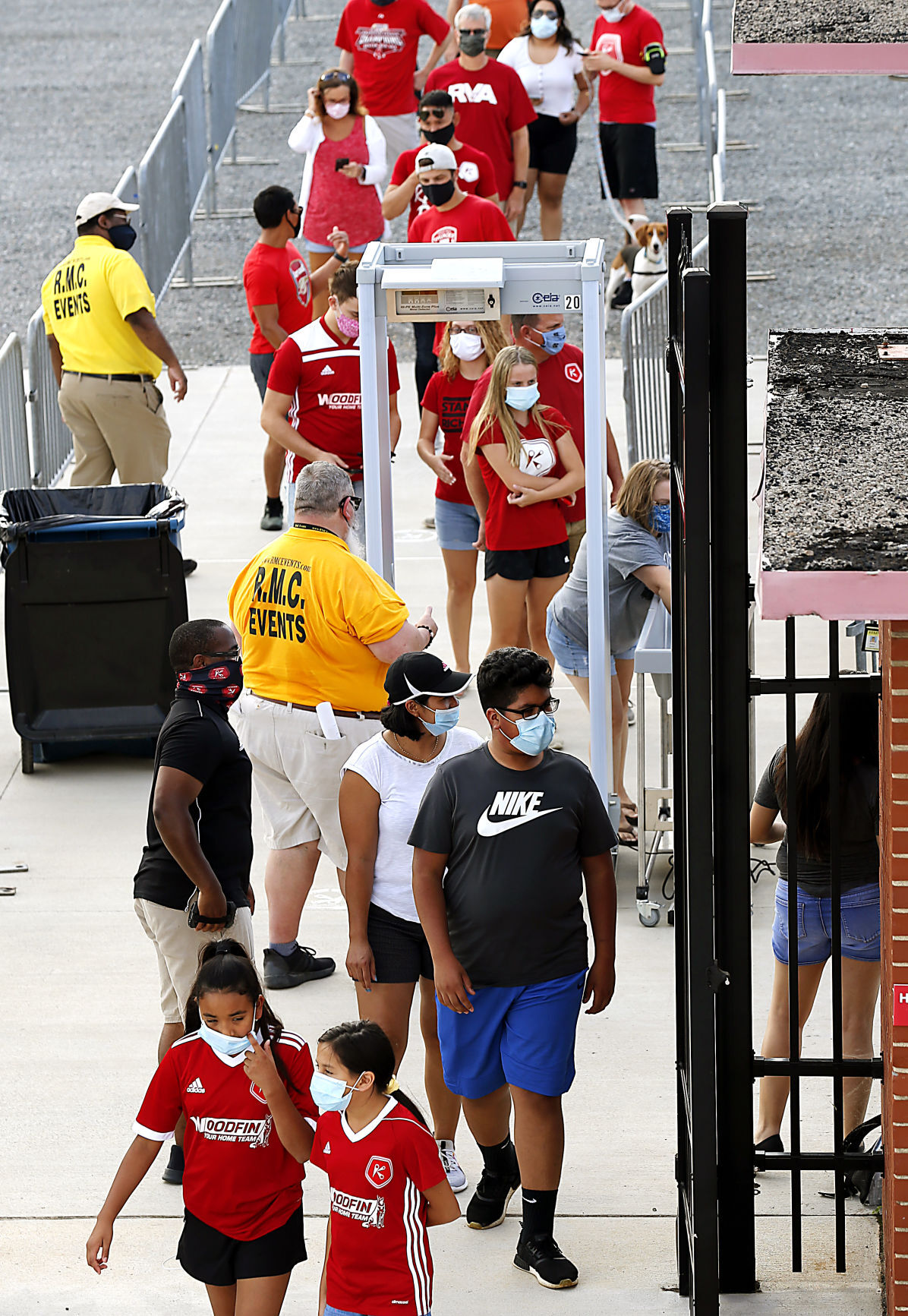 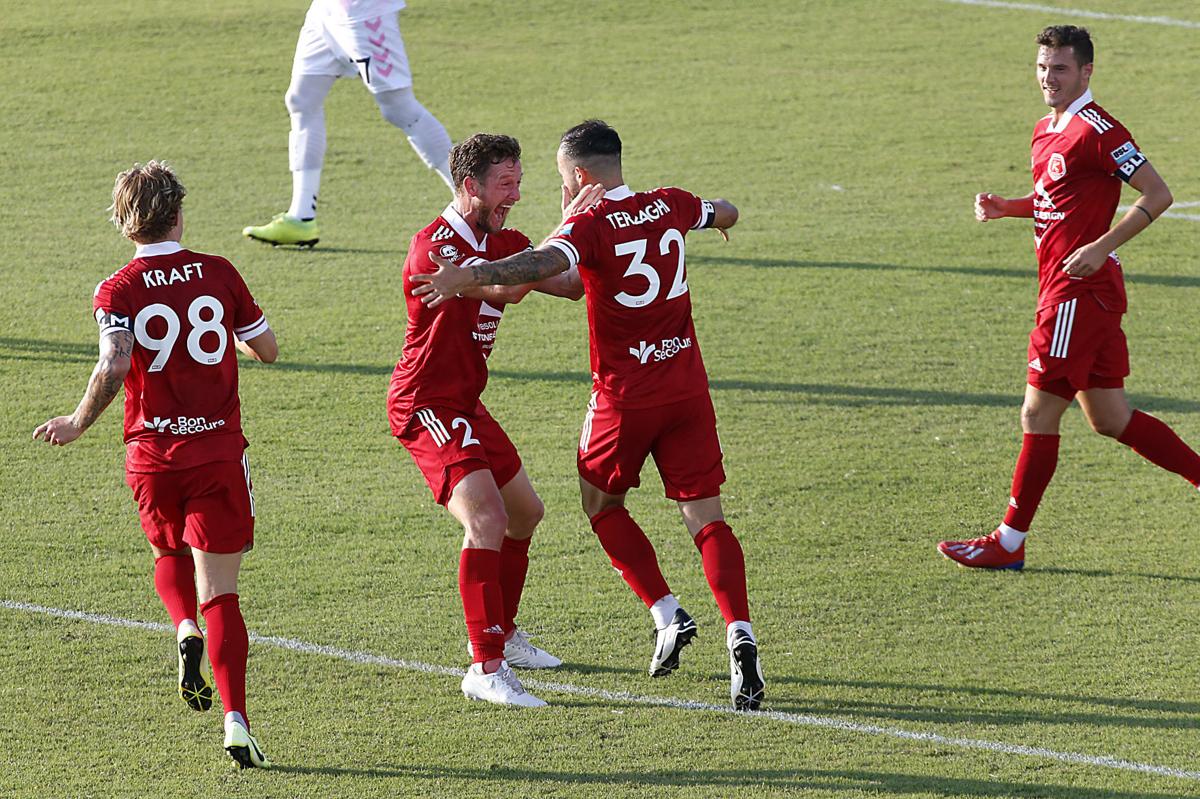 In the ninth minute of the Richmond Kickers’ match against Forward Madison (Wis.) FC at City Stadium early Saturday evening, Ian Antley sent a pass through to Emiliano Terzaghi, who was perched just beyond the 18-yard box.

Terzaghi, an Argentina native who signed with Richmond this past offseason, collected, evaded two Forward Madison FC defenders and fired a right-footed shot into the left corner of the net, past the outstretched arms of goalkeeper Philipp Marceta. It put the Kickers up 1-0, and they went on to secure their first win of the young season by the same score.

Yet, in the current climate, Saturday’s game almost seemed more significant for what happened beyond the grass.

In the stands and concourse area, spectators conversed, downed beverages and took in what was the first professional sporting event in Richmond with fans in attendance since the COVID-19 pandemic began.

The Kickers, under Gov. Ralph Northam’s Phase Three guidelines, opened the 9,000-seat City Stadium to a maximum capacity of 1,000 — a number that included each team, media and other personnel.

It had a different feeling, with most everyone in the stadium except the players wearing masks. But those in attendance seemed to enjoy the experience. The official fan tally was 822.

“I was definitely happy that they were bringing it back. Happier that they were doing it in a limited capacity,” said Pedro Aida, as he hung out on the concourse with 11-year-old son Olsen before Saturday’s game. “So we can come in a safe manner and enjoy the game. I don’t think we would be here if it was regular capacity, or no precautions.”

In addition to masks, other protocols included a limitation of 75 fans per section in the general admission seating bowl, and all cashless transactions. Tickets were administered digitally as well, with no walk-up sales available.

Saturday’s game was a second go at a Kickers 2020 home opener in a season that was supposed to begin in late March. The coronavirus pushed the beginning of the season back to mid-July, and the Kickers — after a pair of road games — were set to open at home against Fort Lauderdale CF on Aug. 1.

But a member of the Fort Lauderdale CF organization tested positive for COVID-19, prompting a match postponement just a day ahead. That game will now be played Sept. 23.

Elliott Bar, a member of the River City Red Army fan group and co-founder of the RiverCity 93 podcast on the Kickers with Chenier Durand II, said he was shocked when he found out there would be fans allowed back into City Stadium. But he was pleased with the result as he awaited kickoff.

“I actually thought like the first couple of games there would be no fans. But having fans in the stadium, I’ve been happy so far with what I see,” said Barr, who helped give the matchup its unofficial nickname of “Henny Derby,” a nod to the cognac by a similar name that was bet in a friendly rivalry with Forward Madison FC fan group Featherstone Flamingos starting last year.

“We probably go to four or five Squirrels games a year at least. And we like to go to at least one [auto] race. So it’s good to have live sports back,” Moran said, as his family grabbed pizza from a concessions vendor before Saturday’s game.

On the field, after the early Terzaghi goal, the Kickers’ best chances came in the second half. In the 54th minute, Luke Pavone corralled an over-the-top pass in stride with just Marceta in front. He tried to lift it above a lunging Marceta, but defender Christian Diaz, who was trailing, appeared to get a touch on the ball, sending it wide left.

Less than 10 minutes later, in the 63rd minute, midfielder Matt Bolduc — who scored for the Kickers in their season opener Greenville (S.C.) Triumph SC — launched a shot from about 30 yards out that hit the left post.

“When we did take our chances we were really close,” Sawatzky said of the second half. “I actually thought we created better opportunities. We just didn’t do as much as we needed to. So, something to build on.”

Forward Madison FC (0-2-1) came close to an equalizer in the second minute of extra time, when Kickers goalkeeper Akira Fitzgerald bobbled a cross, leaving the ball at the feet of former Kicker Brandon Eaton. Eaton tried to knock it in goal, but defender Scott Thomsen cleared it off the line.

When Richmond (1-1-1) clinched the victory minutes later, the crowd cheered and the Red Army let off a ploom of red smoke.

In a time when so much is not, it was a moment of normality.

“I absolutely loved having [the fans] here tonight,” Antley said. “And I definitely think [they] impacted the game in a positive manner.”

A need for an emergency quarterback led Washington to a fascinating pick - Jordan Ta'amu, who was last seen beating out Taylor Heinicke for the starting job on the XFL's St. Louis BattleHawks.

Our prediction: There won't be a Triple Crown winner this year.

The NFC East, never a bastion of stability, could once again get decided in the season's final weeks, as the Cowboys, Eagles, Giants and Washington will all play each other multiple times to close the season.

The Diamond ranks No. 25 of Double-A's 30 stadiums, per Ballparkdigest.com. Why?

"When I was 10 year old, I'm having dreams of being in the NFL. And those dreams came true."

There will never be another professional baseball player in Richmond like Hal Breeden. There will be others who play in the big leagues longer…

The Richmond Kickers were the only local pro team to stage home games last year, but did so with substantially reduced capacity. Local sports franchises are asking Virginia Gov. Ralph Northam to allow more spectators this spring in outdoor venues.