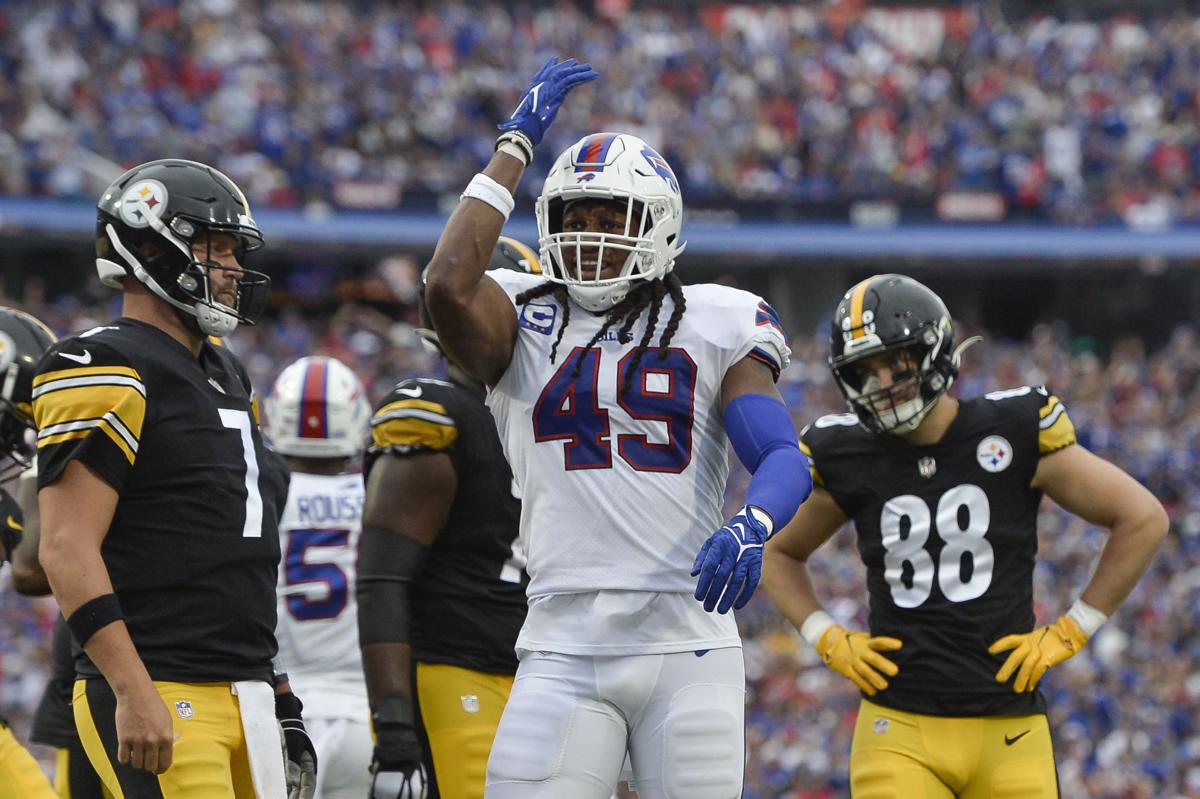 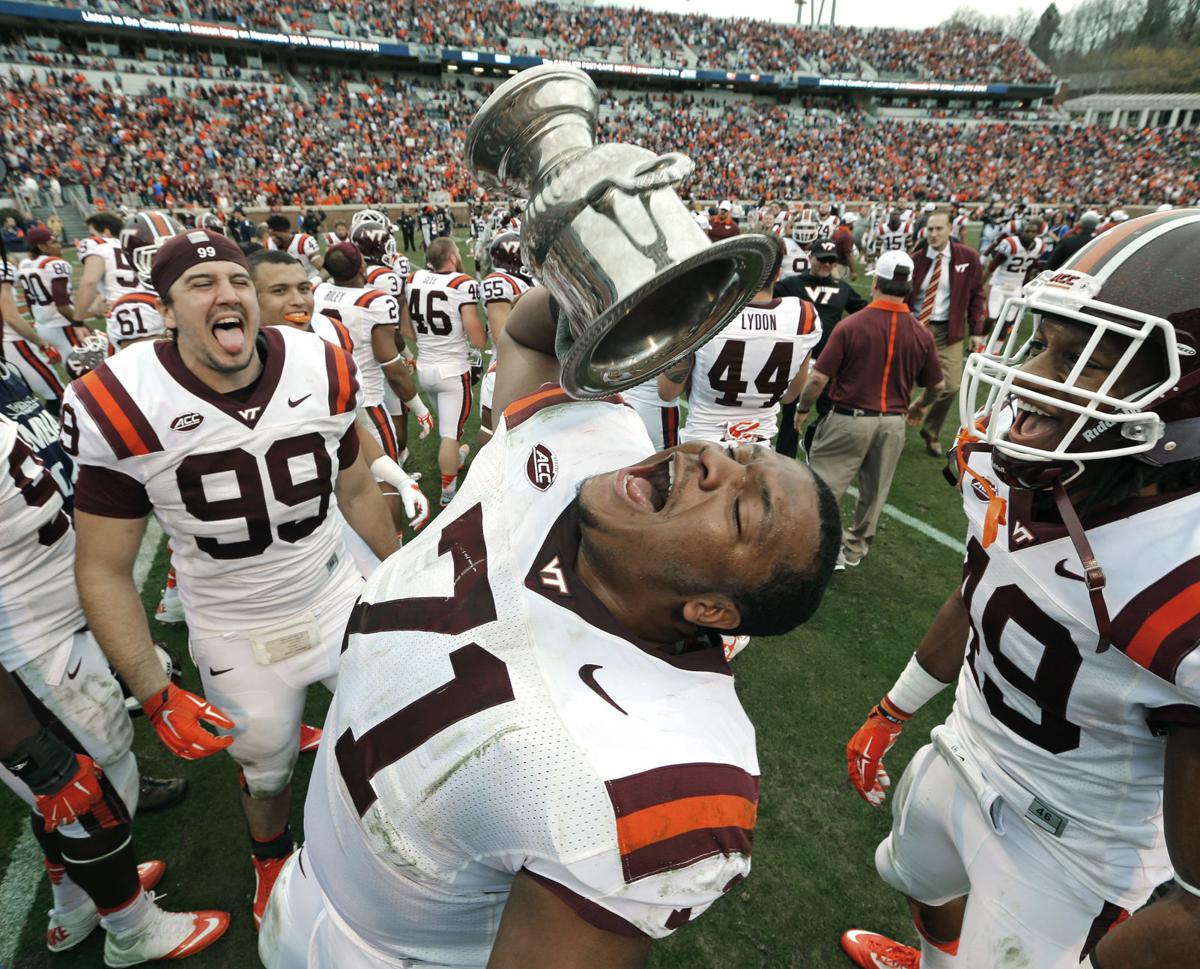 Virginia Tech’s Jonathan McLaughlin celebrates Tech’s winning the Commonwealth Cup against UVA at Scott Stadium in Charlottesville, Va., Nov. 28, 2015. At left is Vinny Mihota, and on the right is Tremaine Edmunds. 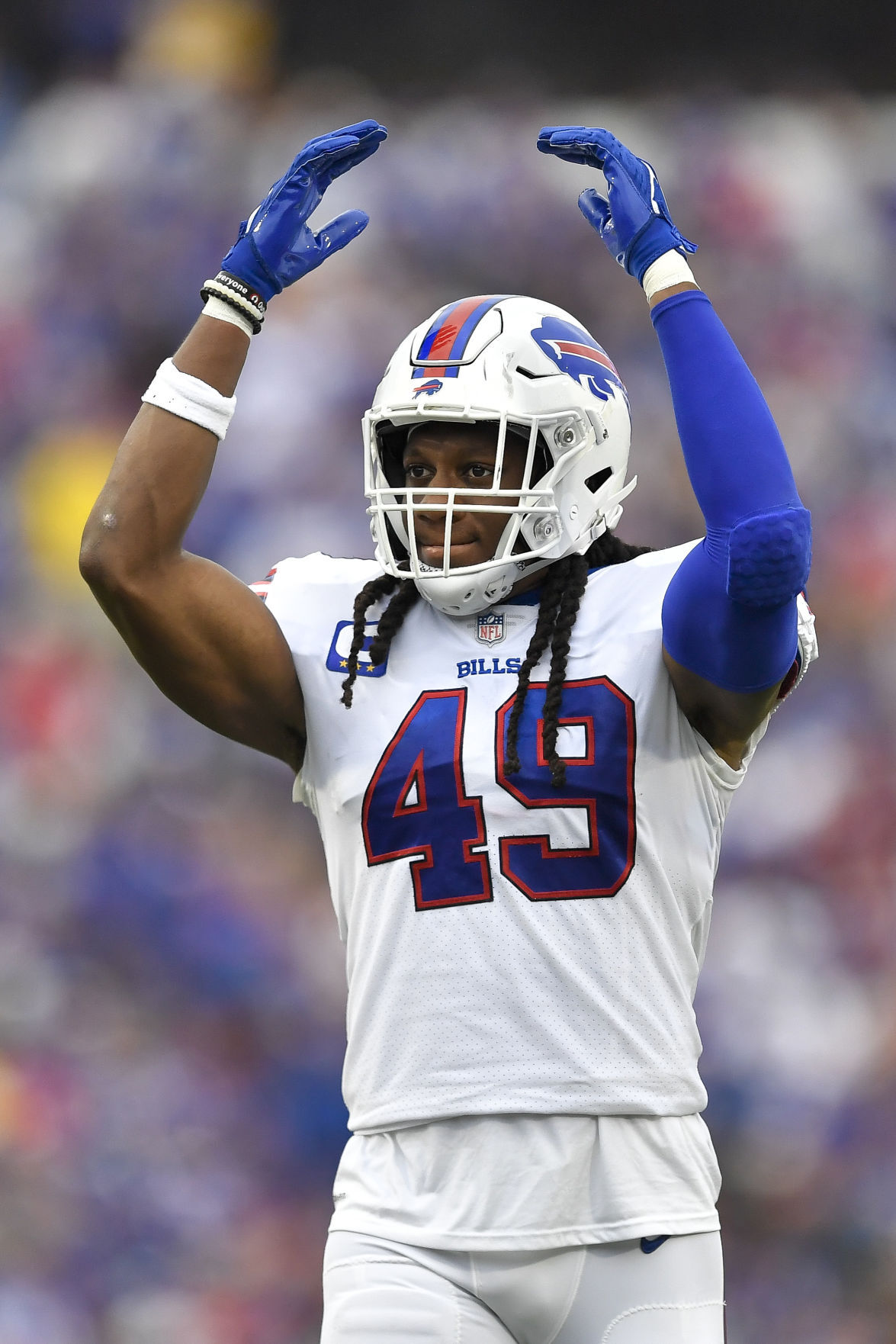 Buffalo Bills linebacker Tremaine Edmunds, now in his fourth year in the NFL, says the game is starting to slow down for him. “I’m starting to just go off my instincts,” he said.

Buffalo Bills linebacker and Virginia Tech alum Tremaine Edmunds took some time after practice this week to discuss entering his fourth year in the league, preparing for Washington, and the difference between game day in Blacksburg and Buffalo.

Question: Now four years in the league, how does life feel different as a veteran compared to when you first came into the NFL out of Virginia Tech?

Answer: I think when you first come in, in particular at the linebacker position, things can be cloudy. It can really just be fast-paced. I think the biggest difference is now things are starting to slow down. I’m starting to just go off my instincts and starting to just play ball.

I think the first couple of years, you try to get this game down pat — it’s just more than just going out there and balling. Now, I’m a lot more comfortable and just letting my athletic ability take care of me.

Question: How is it different to prepare for Taylor Heinicke this week when there is still so little film out on him?

Answer: Just taking the film that we do have and everybody’s just kind of, you know, putting their 2 cents in with what they see. [We are] taking things that the coaches give us and are applying it to how we see it as well. But you still see a guy out there that can make a lot of plays out there.

Question: The Edmunds brothers and Fuller brothers are tied at 2 in head-to-head matchups. Is there anything on the line between the families this Sunday?

Answer: Nah, nah, nothing is at stake (says with a laugh). You just educated me. I didn’t even know that. But it’ll be fun. Kendall’s a great player and he’s a great guy as well. I wish him luck. It’ll be fun.

Question: Since you’ve experienced both multiple times, how would you compare the atmosphere of coming out to “Enter Sandman” in your days at Virginia Tech to a game day with the Bills Mafia in Buffalo?

Answer: It’s crazy you asked me that because anytime I’m talking to somebody about the fans here at Buffalo, I compare it to Virginia Tech, and that’s just because both fan bases are amazing. It’s just nothing but love for both of them.

Now, I can’t lie. I definitely miss that “Enter Sandman.” It’s amazing; it’s just a feeling you can’t get back anymore. But it’s really special here, so it’s tough competition [to compare], I would definitely say that.

Virginia Tech’s Jonathan McLaughlin celebrates Tech’s winning the Commonwealth Cup against UVA at Scott Stadium in Charlottesville, Va., Nov. 28, 2015. At left is Vinny Mihota, and on the right is Tremaine Edmunds.

Buffalo Bills linebacker Tremaine Edmunds, now in his fourth year in the NFL, says the game is starting to slow down for him. “I’m starting to just go off my instincts,” he said. 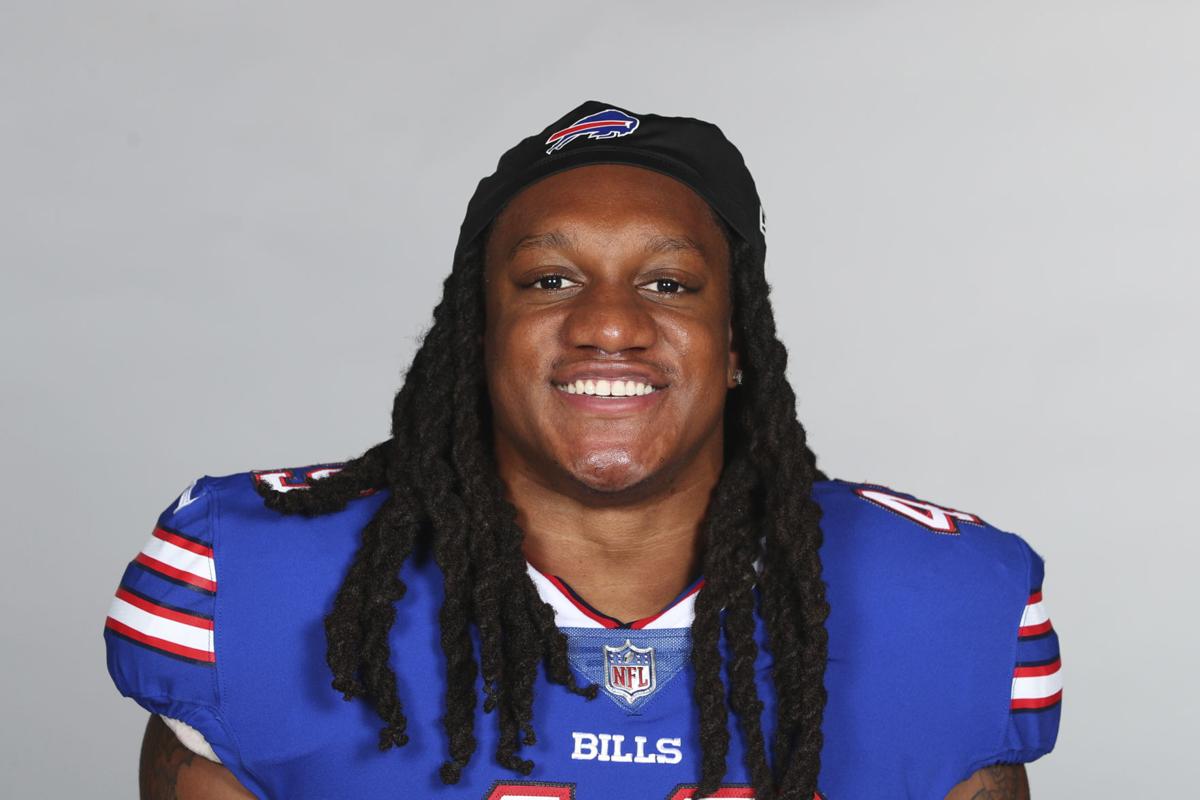