McElroy: Who leaked the emails that brought down Jon Gruden? That's the big question.
0 Comments
Share this
Wes McElroy

This week as leaked emails led to the resignation of Las Vegas Raiders coach Jon Gruden, it triggered those questions.

Who was involved? At the center of the emails, Gruden and his old buddy Bruce Allen.

The “what” included emails during an eight-year period when Gruden used homophobic, sexist and transphobic language that also included Allen sharing topless photos of Washington cheerleaders.

Those, my friends, are the unsolved mysteries.

There have been many theories since Monday’s night New York Times article that led to Gruden’s resignation before halftime.

Did somebody have it in for Gruden? Was commissioner Roger Goodell infuriated by what Gruden said about him in those emails? Did someone want to see Allen embarrassed again in hopes he never could return to the NFL?

Or was this just a breadcrumb to put the national media back on the scent of determining why the NFL’s investigation into Washington’s workplace was never released to the public in July.

“The NFL will not release any detailed findings from Wilkinson’s investigation [of Washington] beyond a news release... ‘due to the sensitivity of the allegations,’” the NFL told the Washington Post on July 2, the day after the NFL announced a $10 million fine for Washington and Tanya Snyder was named co-CEO and would take over team operations while Dan Snyder would not be suspended, but concentrate “on a new stadium plan and other matters.”

Too sensitive for the public to see but not sensitive enough to see anyone suspended? Hmm?

A colleague asked me this week “why would a person with powerful documents wait until now to go public?”

My response was twofold: One, knowledge is power. Two, timing is everything.

The NFL knew that when it released its so-called punishment to Snyder on July 1 before a long holiday weekend that it was the ideal setting for the perfect news dump in hopes that the story would get lost in the news cycle. It then felt as if it got buried after July 4 when vaccinations and protocols took over as the hot news topic around the league.

Why would someone wait until now to leak these emails to potentially reignite the flames around this investigation?

Once more, timing is everything.

Do you remember when Ray Rice was arrested for striking his fianceé in 2014? It was Feb. 15.

Do you remember when the NFL ignited outrage for only suspending him two games? That occurred June 24.

However, do you recall when the video surfaced of Rice striking Janay Palmer, the video the NFL swore it couldn’t access?

It was the morning of Tuesday Sept. 8, right as the NFL was basking in the afterglow of huge ratings and football’s return. In an instant, no one was talking about the wins, losses or overreaction from Week 1. It was about the punishment of Rice for knocking out his fianceé and the league’s failure to react stronger to domestic violence.

It sent things ablaze in a story that transcended the NFL.

Sound familiar? On Monday night at the kickoff of a game to wrap up Week 5, everything newsworthy on the field was erased by Gruden’s emails.

In less than 12 hours, attention turned back to the Washington football organization and the NFL withholding the investigation’s findings.

What is the NFL covering up? Who and how many are being protected?

This week the NFLPA has asked for the findings of the emails to be released.

“It would be good for our game and for our business — for both the league and the union — to decide that we are going to turn a corner,” NFL Players Association executive director DeMaurice Smith said to Bomani Jones in a podcast. “And we’ve talked about diversity; we’ve talked about inclusiveness, for years. How do we turn the corner and actually match out actions to our words? And when will we start to hold people accountable for living up to a standard that we believe is the acceptable standard for just human interaction?”

The NFLPA has called for the emails to be released as have the attorneys for the 40 former Washington Football employees, yet the NFL continues to say it has no plans to make things public.

For the person or persons who leaked these emails , is that the goal?

It would be the least surprising news of the week if the Sunday morning pregame shows produce more emails.

Is exposing the Washington Football Team organization and putting more public pressure on Snyder the purpose for these leaks, or is it something bigger that someone wants disclosed? Who is next? What’s next?

I imagine many in the NFL especially those connected to Allen wonder what lies around the corner?

How big will this get? How many are included? How many will it take out? I have no clue.

Is there a whistleblower in the NFL? It wouldn’t be the first major company to see a member go rogue to peel back the curtain.

Many questions remain in addition to why and how, including who is next? That has some across the NFL very concerned.

Washington tight end Logan Thomas had wrapped up his press conference after Monday night's win, but didn't cede the microphone. 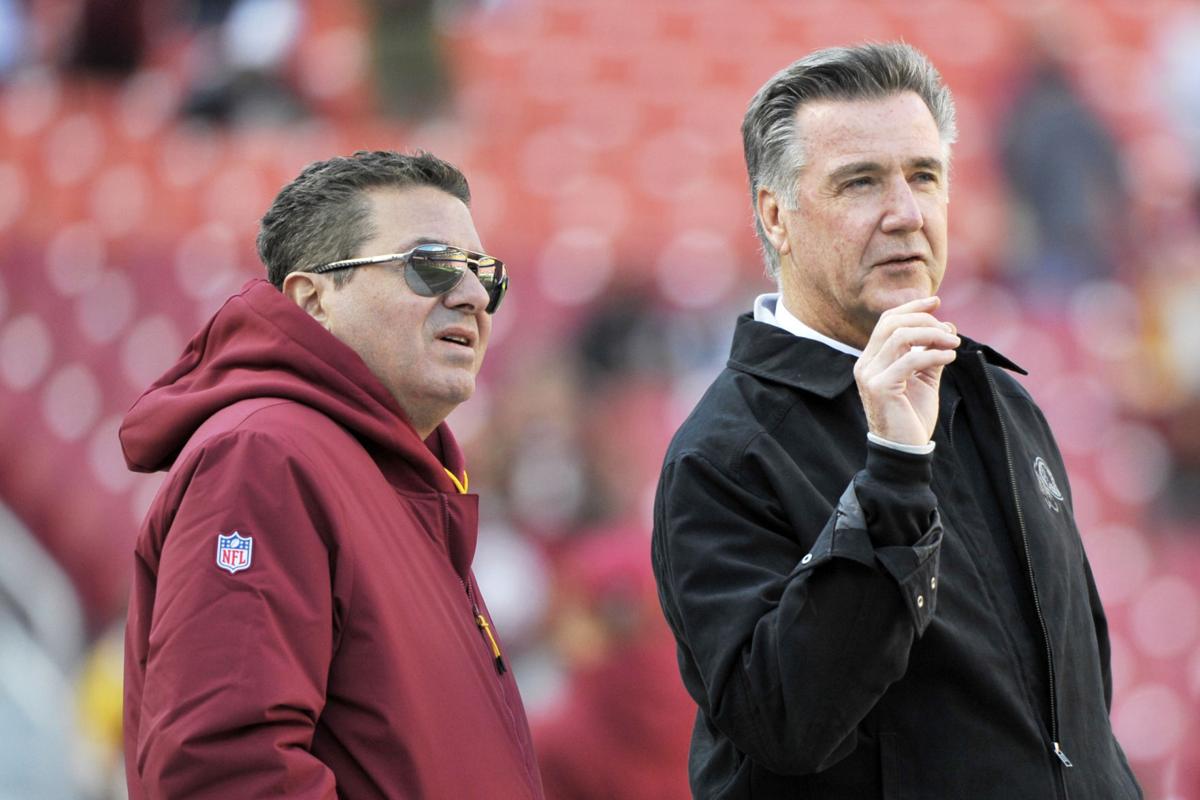 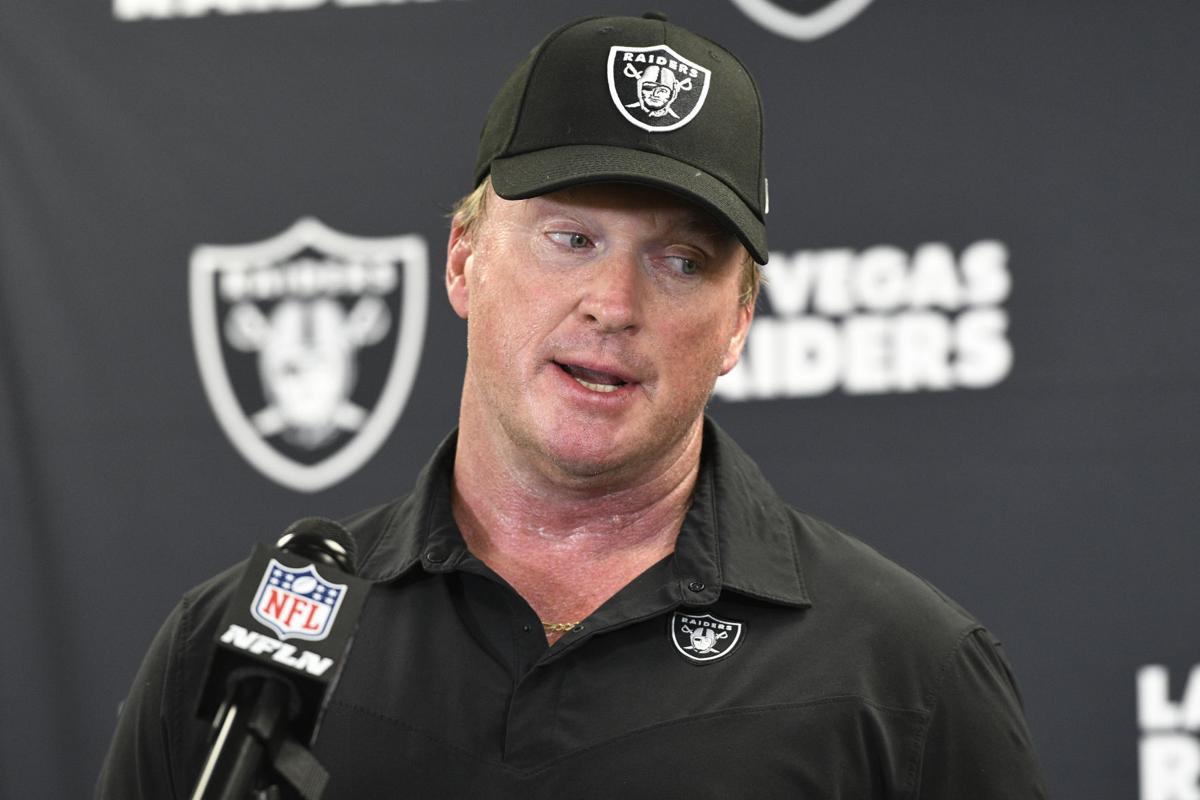 Jon Gruden resigned as Raiders coach after the disclosure of offensive emails during an eight-year period. Questions remain as to the leaker’s identity and purpose.