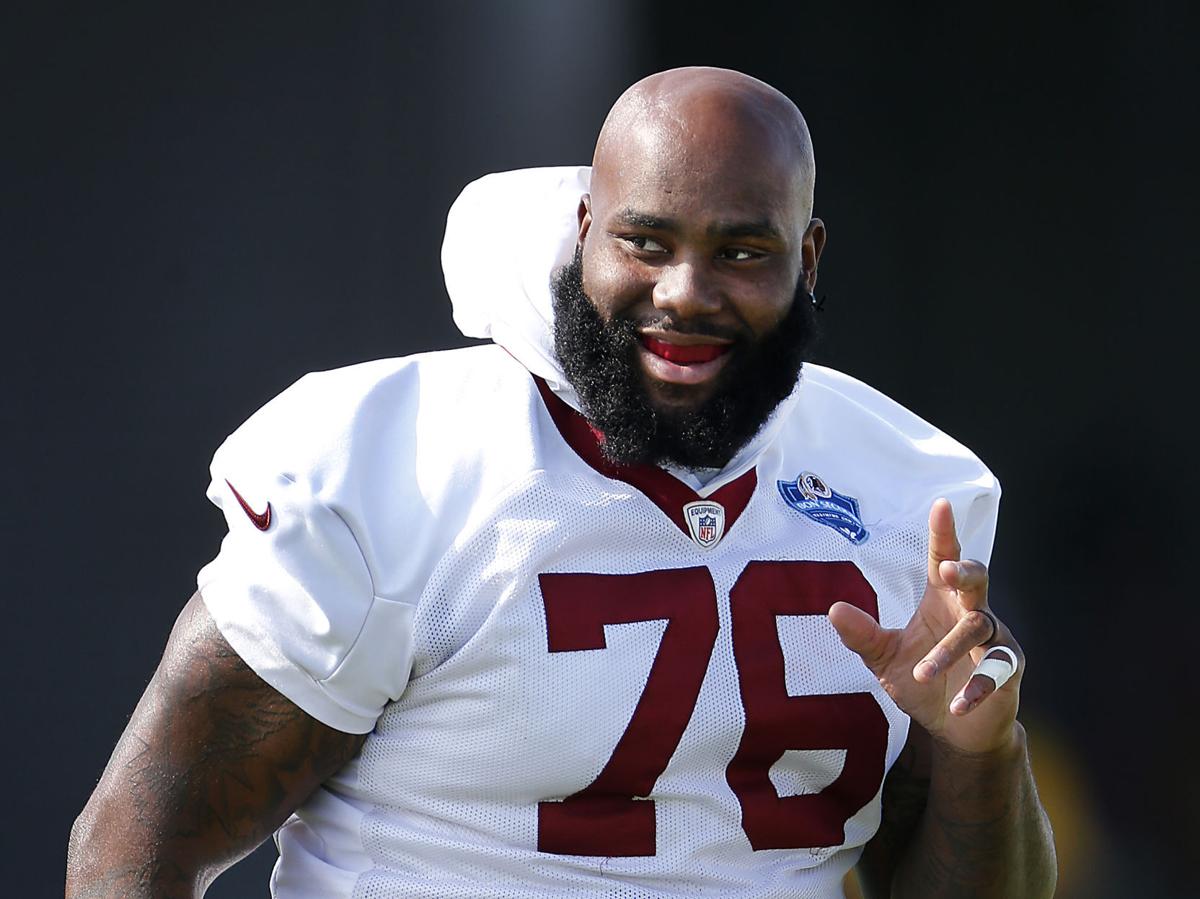 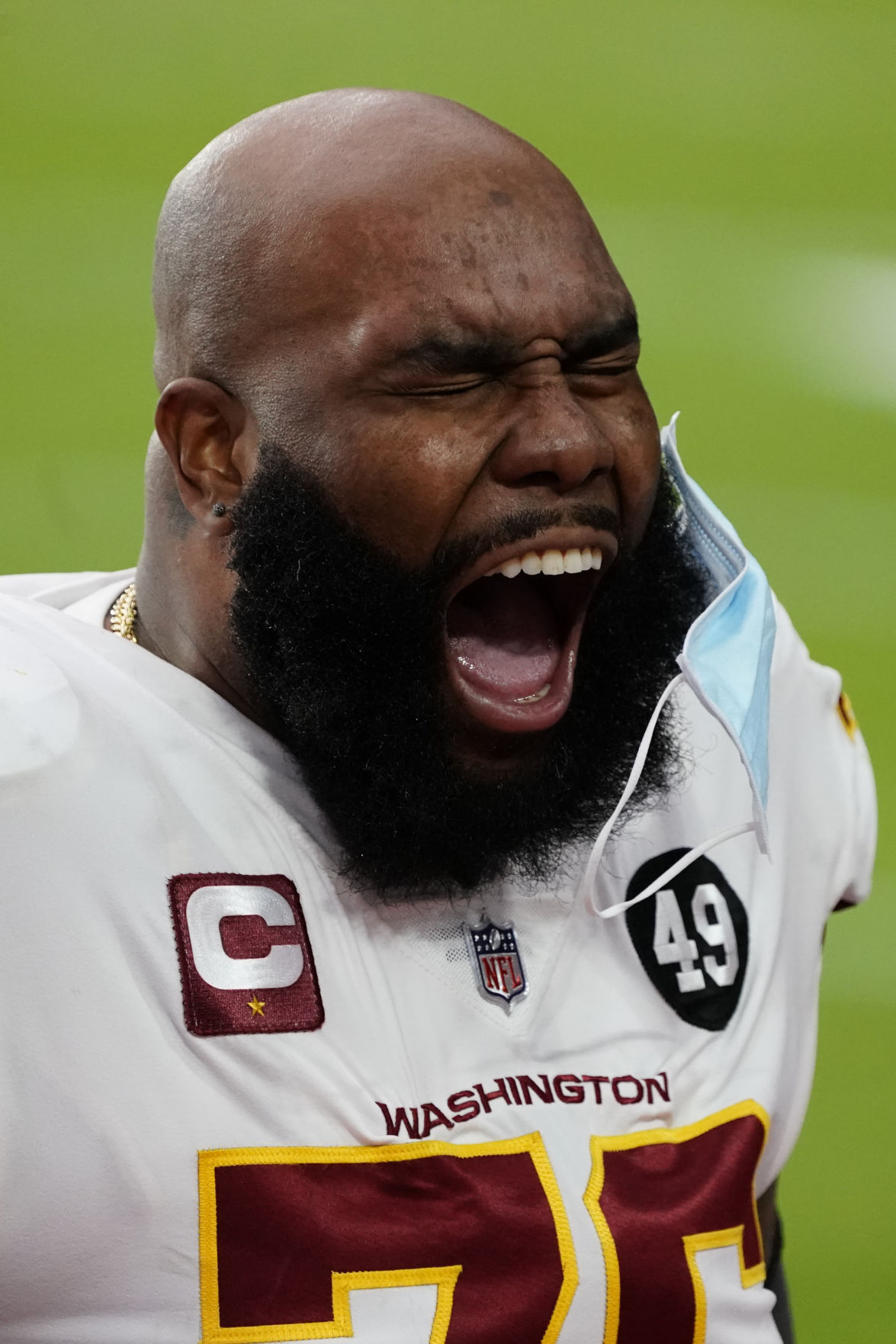 Washington offensive tackle Morgan Moses, a former Meadowbrook High School and University of Virginia standout, hasn’t missed a game since he earned the starting job in 2015.

Throughout his football career, Morgan Moses has stayed close to home, bouncing from Meadowbrook to Fork Union, then on to UVA and the Washington Football Team.

Now, for the first time, it appears he’ll be headed elsewhere.

A source with knowledge of the situation said Tuesday that Moses has been given permission to seek a trade, and if one doesn’t materialize, he will likely be released before this year’s NFL season begins.

It’s a stunning development for one of the team’s most reliable players. Since earning the starting job at right tackle in 2015, Moses hasn’t missed a game — his 96th consecutive start came in last year’s season finale against the Philadelphia Eagles.

But new coach Ron Rivera has made clear since taking over last year that decisions would be made with an eye toward the future, and it appears Moses is not a part of those plans.

This was the second consecutive season Rivera used a high draft pick to select a tackle — last year was LSU’s Saahdiq Charles, and this year it was Samuel Cosmi of Texas.

Moses turned 30 this offseason, and is at a point, with two years remaining on his contract, where it would be time for the club and player to begin discussing an extension or long-term plans. Instead, it appears Rivera has opted to go in a different direction.

Each of the final two years of Moses’ contract pays him $7.5 million. This year, that will rank ninth in the league among right tackles. The deal isn’t a bargain, but is fair relative to Moses’ production during that time.

There should be broad interest across the league in Moses. The only question is whether another team will value him enough to give up draft picks, or just wait for him to be released.

Moses has always provided solid production, though one knock was the number of holding penalties he drew — he was the league’s most penalized player in 2018. With the league de-emphasizing the call in 2020, he enjoyed one of the best seasons of his career.

Washington has options at right tackle, though arguably none that are of Moses’ caliber. Aside from Charles and Cosmi, the team has veteran tackles Charles Leno Jr. and Cornelius Lucas. Leno was promised an opportunity to win the left tackle job as part of his signing with the team, but it was not guaranteed.

Rivera has worked all offseason, though, to downplay expectations for the 2021 squad. Washington made the playoffs last year and stayed tight with Tom Brady’s Tampa Bay Buccaneers in the first-round game, but they finished with a 7-10 record, including that loss, and their nonconference schedule is rated as the league’s toughest in the upcoming season.

This year’s team now appears likely to take the field without Moses, marking the end of the line for the team’s longest-tenured player.

If Moses departs, punter Tress Way will take over that mantle. Among every-down players, it will be right guard Brandon Scherff, who is playing this season on a franchise-tag contract.

WATCH NOW: Washington Football Team players divided over whether to get COVID vaccine

Washington observations: Chase Young returns, says this could be the NFL's best defense

ASHBURN — Chase Young wasted no time making headlines as he returned to the field after missing the team’s OTA workouts.

Washington practice observations: A big day for the defense at the most spirited practice this offseason

Sources: NFL training camp will return to Richmond this year for one week; city will not pay for Washington's appearance

The city will not be asked to make a $500,000 contribution to the team for its appearance. Instead, Washington will rent out the Leigh Street facility for the week, at a cost of $100,000.

New addition Maxwell will be a mentor for Flying Squirrels

Bruce Maxwell’s arrival in Richmond makes him the oldest player on the Flying Squirrels’ active roster, and with his landing comes the veteran…

Washington offensive tackle Morgan Moses, a former Meadowbrook High School and University of Virginia standout, hasn’t missed a game since he earned the starting job in 2015.