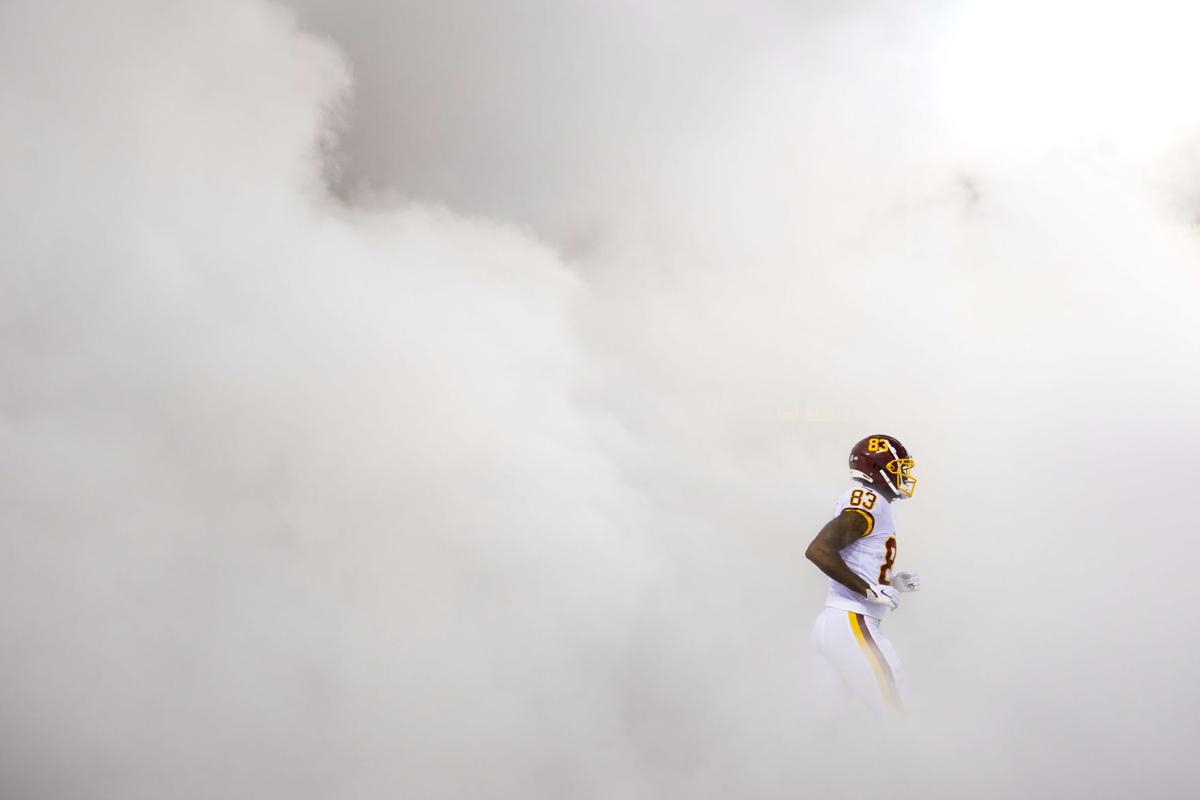 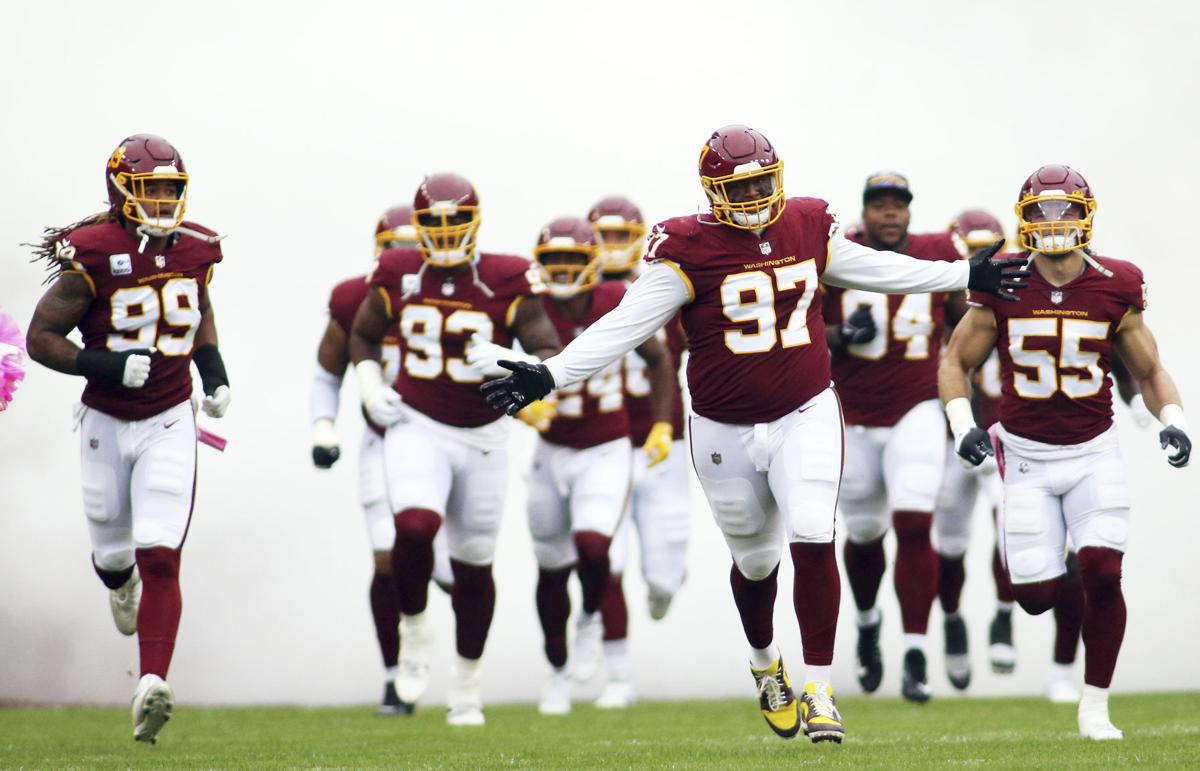 This has nothing to do with what happens during games, though, but rather the team introductions they do at FedEx Field before games.

Washington retooled its introductions this year, and as the team runs onto the field, multiple smoke machines create an entrance designed to hype up fans.

Before Sunday's game, though, the smoke was so thick some of the players got lost in it.

"Last week it was the worst it's ever been," receiver Terry McLaurin said. "That's nothing against the people who run it, but usually it's like - whoosh, whoosh - and when it pauses I sprint out. But the last game it was like - whoooooooosh - and I was like, oh, shoot.

"I'm trying to walk and get through the smoke and not hit one of my teammates or one of the cheerleaders. Yeah, last game was a challenge. They definitely got me last week."

As the smoke show continued, several players starting holding hands or guiding each other through the scene.

Defensive tackle Jonathan Allen was able to make it through.

"It's ridiculous," he said, laughing at the question. "A couple guys tripped."

Asked how he makes it through, he said: "You pray to God."

Washington has another home game on Sunday, and McLaurin has an alternate idea.

"I see (punter Tress Way) and the quarterbacks go out before the smoke," he said. 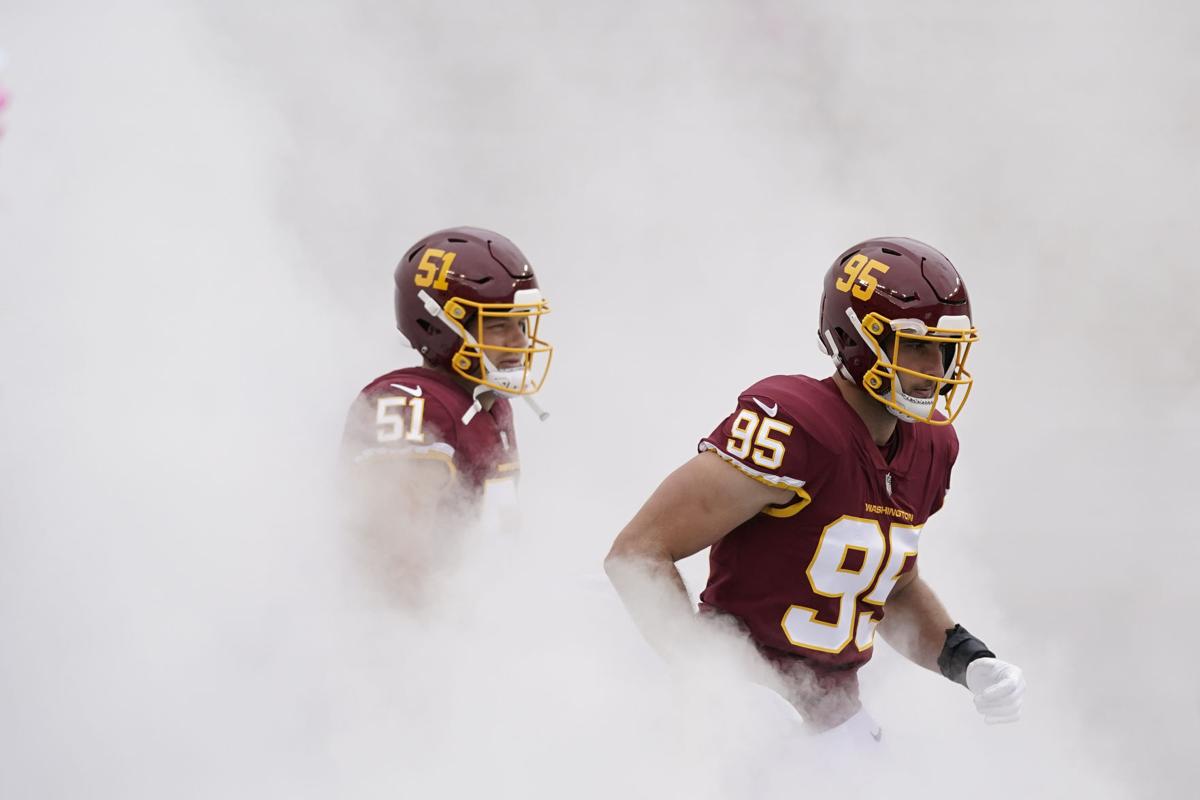 Casey Toohill (95) and David Mayo (51) run onto the field before the Saints game. 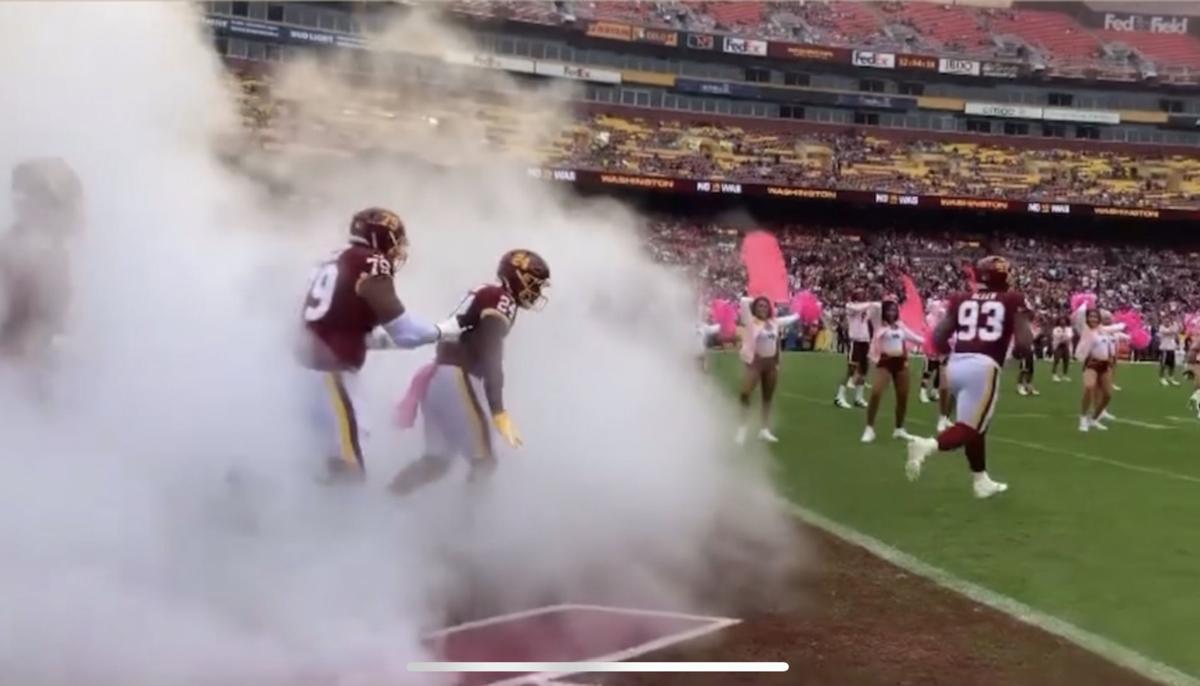