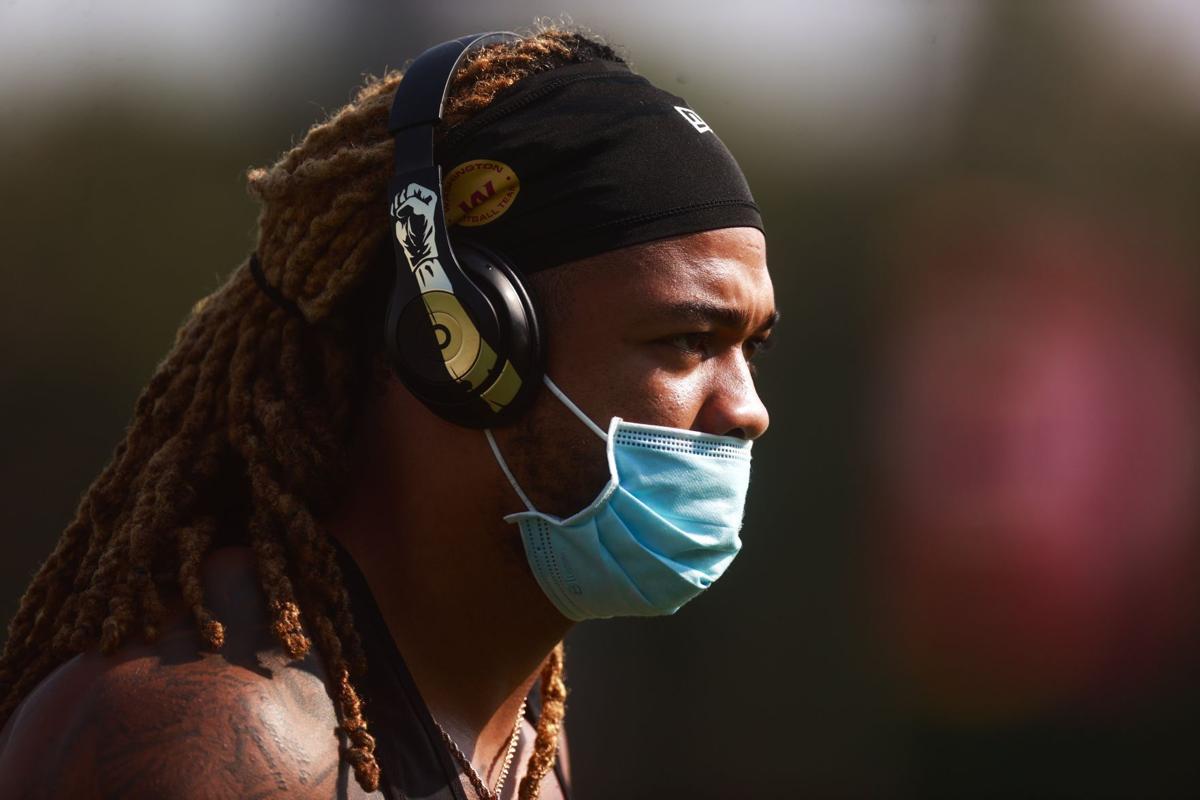 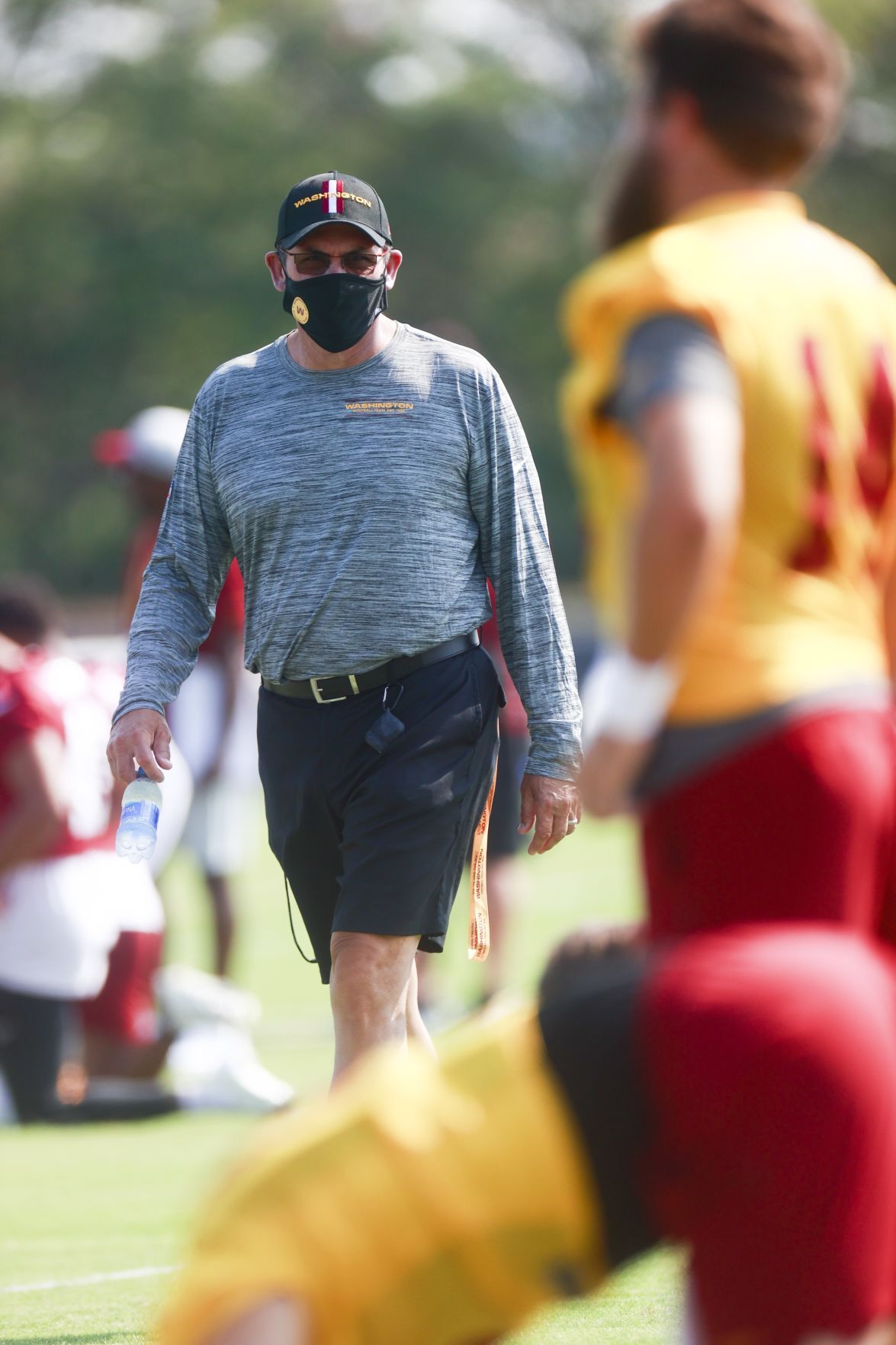 ‘Space Jam: A New Legacy” isn’t the most grievous harm LeBron James has inflicted on America this summer.

James set the tone for big-name athletes when he refused to discuss his vaccination status earlier this year. His sports agency, Klutch Sports Group, is run by his childhood friend Rich Paul, who has taken a similar stand on the issue.

Which brings us to the Washington Football Team.

Sweat said outright earlier this summer he didn’t plan on getting the vaccine. Young said only that he’s “not going to disclose my personal information.”

The Football Team, like the rest of the NFL, has special protocols for unvaccinated players to follow. They must wear masks at all times when not practicing, even during outdoor walk-throughs, and they cannot join their teammates to eat in the cafeteria or socialize in the locker room. In addition, it appears Washington has given its vaccinated players special yellow wristbands to denote their status at the facility (coach Ron Rivera wouldn’t comment about the wristbands when asked).

Players, of course, may voluntarily choose to follow those protocols. But they create major inconveniences.

A Wednesday night tally revealed that eight of the team’s 11 defensive starters are following the unvaccinated protocols.

Washington has the league’s worst vaccination rate, with just 60% of players receiving at least one shot according to the Associated Press. Even that number is padded by the extra-large rosters at training camp. When the team makes cuts, the number is likely to go down, not up.

The NFL as a whole is now at about 85% of players with at least one shot (per the AP), a tribute to the league’s messaging and efforts on the issue.

What’s happening in Washington is an aberration, not the rule, but it’s quickly becoming a public harm.

Young and Sweat’s stances are backed up by defensive coordinator Jack Del Rio, who reposted a video to Twitter this summer making a number of demonstrably false claims about the coronavirus.

Asked by The Athletic, Del Rio responded: “I have personal views that would probably not sit well with my professional occupation right now. I think I’ll just leave it like that.”

But the problem in Washington right now isn’t just a lack of participation. It’s also an abundance of tolerance.

Vaccinated players Jonathan Allen, Terry McLaurin and Ryan Fitzpatrick were all asked this week about their teammates. Their responses:

Allen: “You can’t make a man do or not do anything he doesn’t want to do.”

McLaurin: “I do respect each and every one of my teammates’ decisions to choose what they decide, vaccination-wise.”

Fitzpatrick: “It’s a personal choice. That’s the end of the discussion for me. I’m going to respect whatever you do.”

We’ve reached a point in the pandemic where it’s time for the messaging to change.

Respecting choice was appropriate and proper when the vaccine was new and relatively untested. (Full disclosure: I didn’t want to be first in line either. I’ve since gotten the shot.)

That was then. This is now. There have been more than 4 billion COVID shots administered worldwide.

There is no longer a lack of quality information, there is a surplus of it.

To help nudge his players towards the vaccine, Rivera brought in a Black doctor from Harvard — an immunologist — to address the team at the beginning of June.

A day later, Sweat made his famous statement: “I haven’t caught COVID yet, so I don’t see me treating COVID until I actually get COVID.”

Football players are famous for doing whatever it takes to play. They famously take shots of Toradol, a painkiller, to return to the field after suffering gruesome injuries.

Right now, what it takes to play is a vaccinated team, one that won’t lose games because key players didn’t do their part.

Rivera, who endured a public bout with cancer in the middle of the 2020 season, gave an impassioned plea on Tuesday for his players to get vaccinated. At the end, he laid out what’s on the line.

It’s time for Washington’s vaccinated players to step up and look out for themselves and their community and request the same respect they’re showing others.

Racing at Richmond for the first time since 2018, Dale Earnhardt Jr. brought his 3-year-old daughter Isla along with him for the day, somethin…

Maia Chaka, a Norfolk State University graduate and Virginia Beach teacher, on Sunday became the first Black female referee to work an NFL game. Chaka was the line judge in Carolina’s victory over the New York Jets — six months after she was promoted to full-time NFL official. Chaka is the second woman to officiate an NFL game after Sarah Thomas, who became an NFL official in 2015 and worked ...

Fast Thoughts for Sept. 22: Sellers hopes it's time for a clock at Martinsville

Peyton Sellers hopes it's time for a clock at Martinsville Speedway.