Race weekend rolls into Richmond, but with no fans, the normal economic impact will be lacking
5 comments
Share this
{{featured_button_text}}
1 of 10 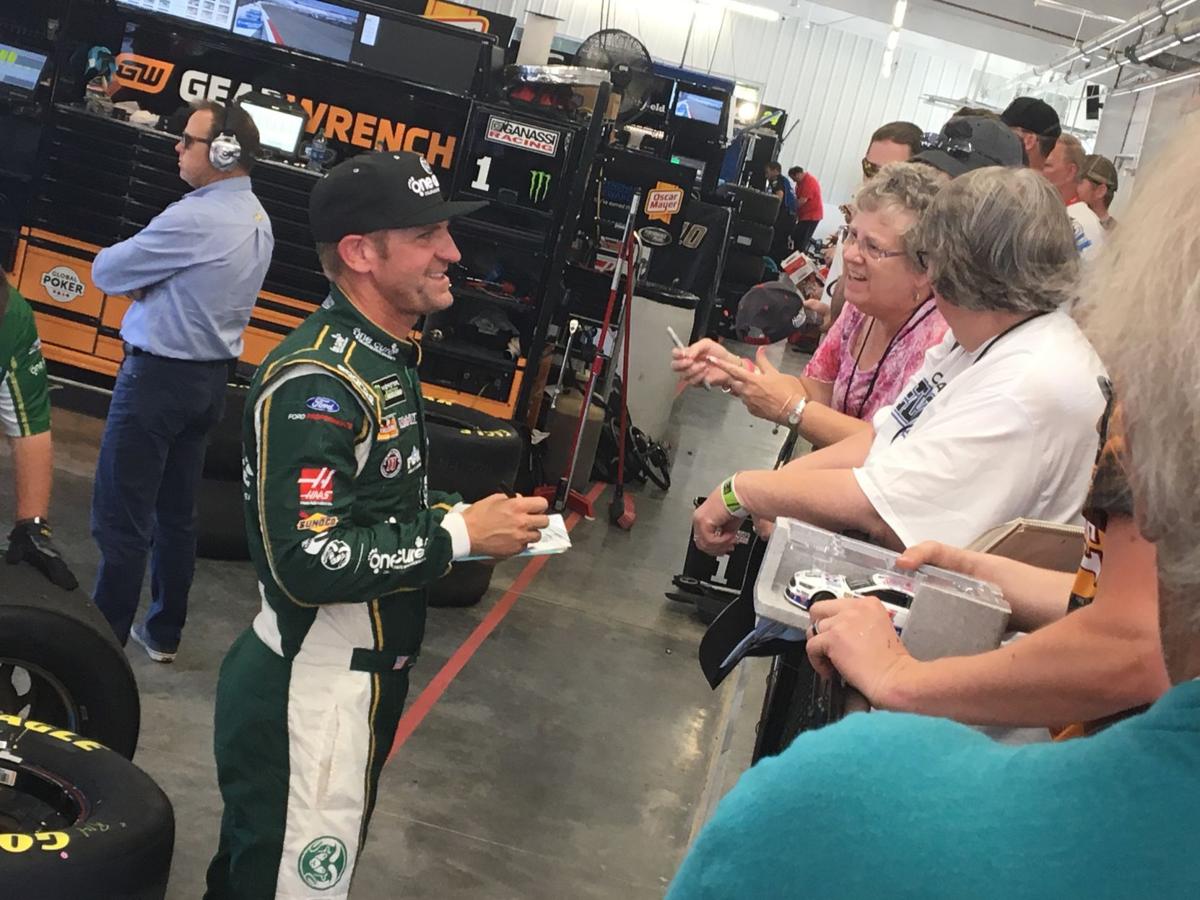 Clint Bowyer entertained fans on the track and along the Richmond Raceway Garage Walk in 2019. 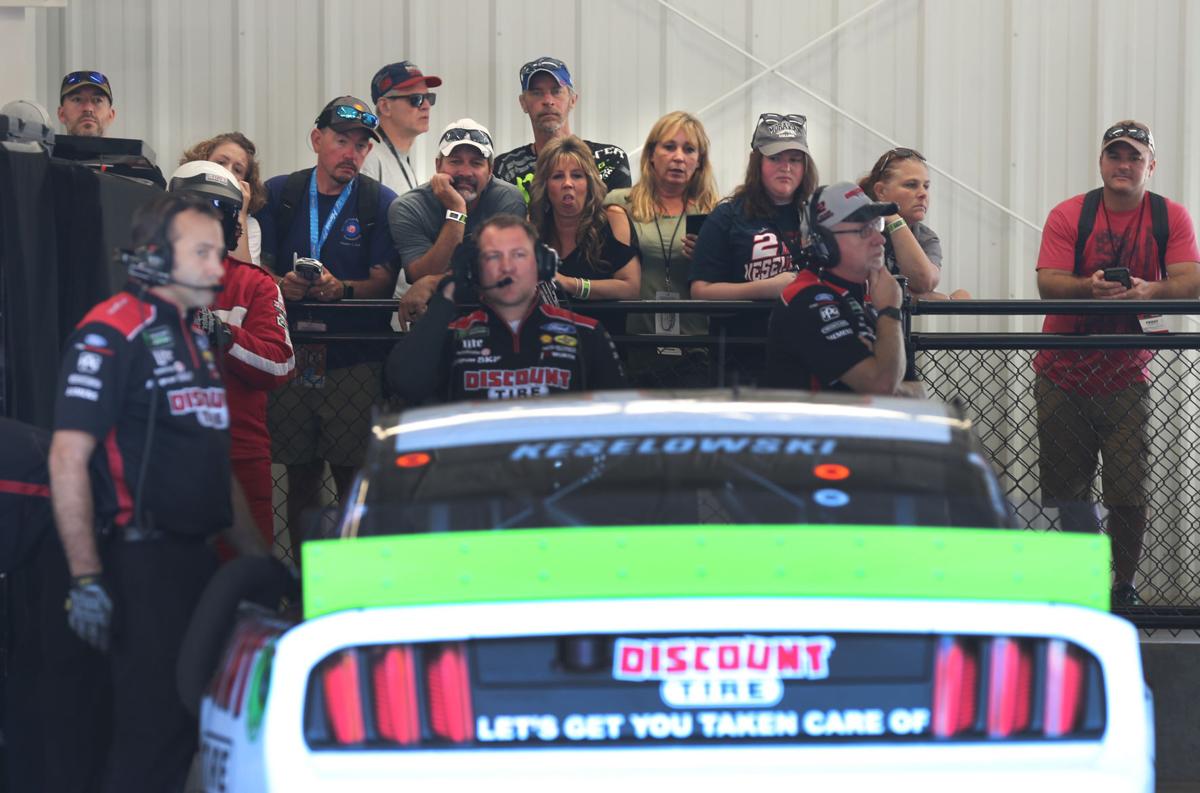 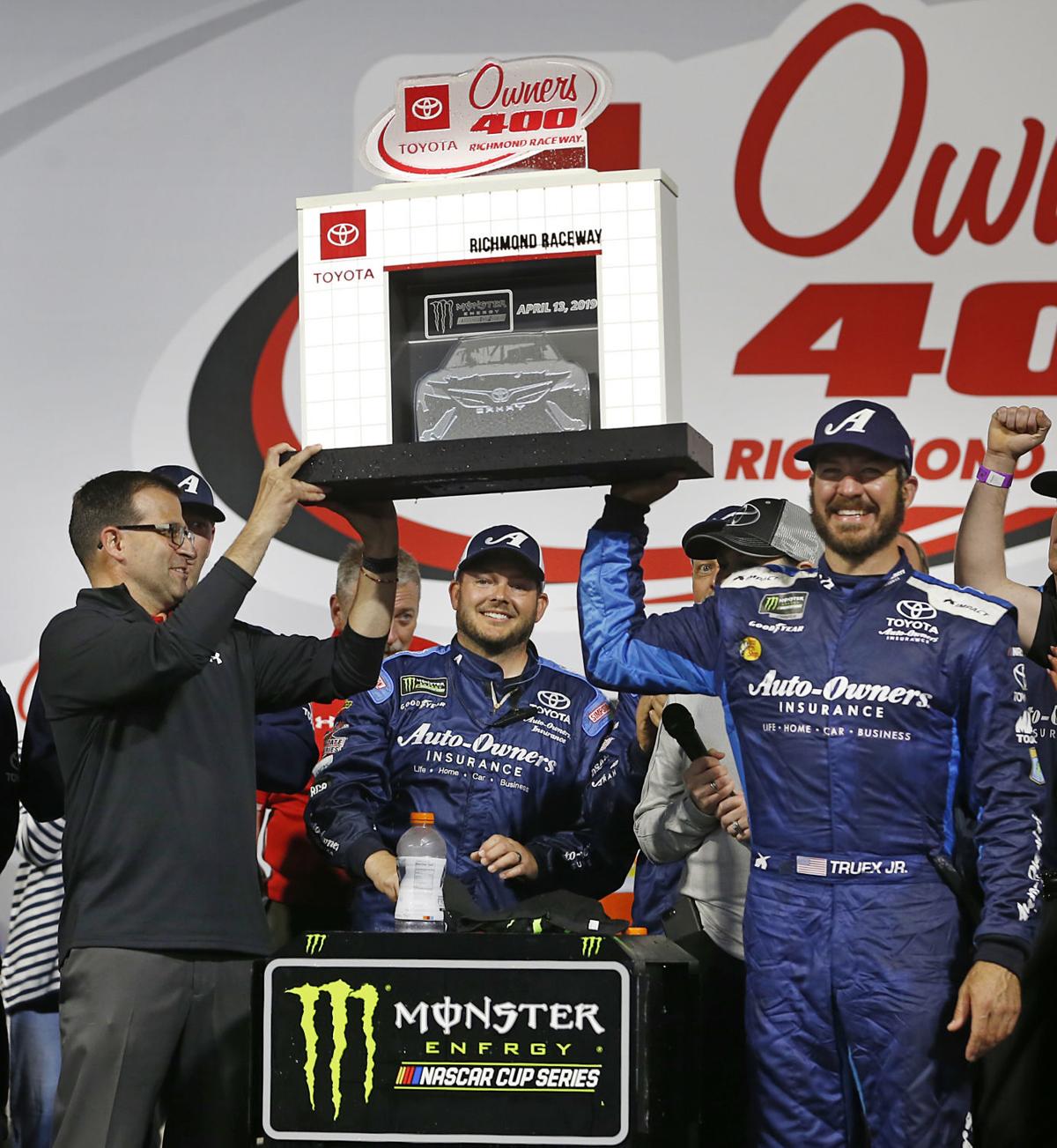 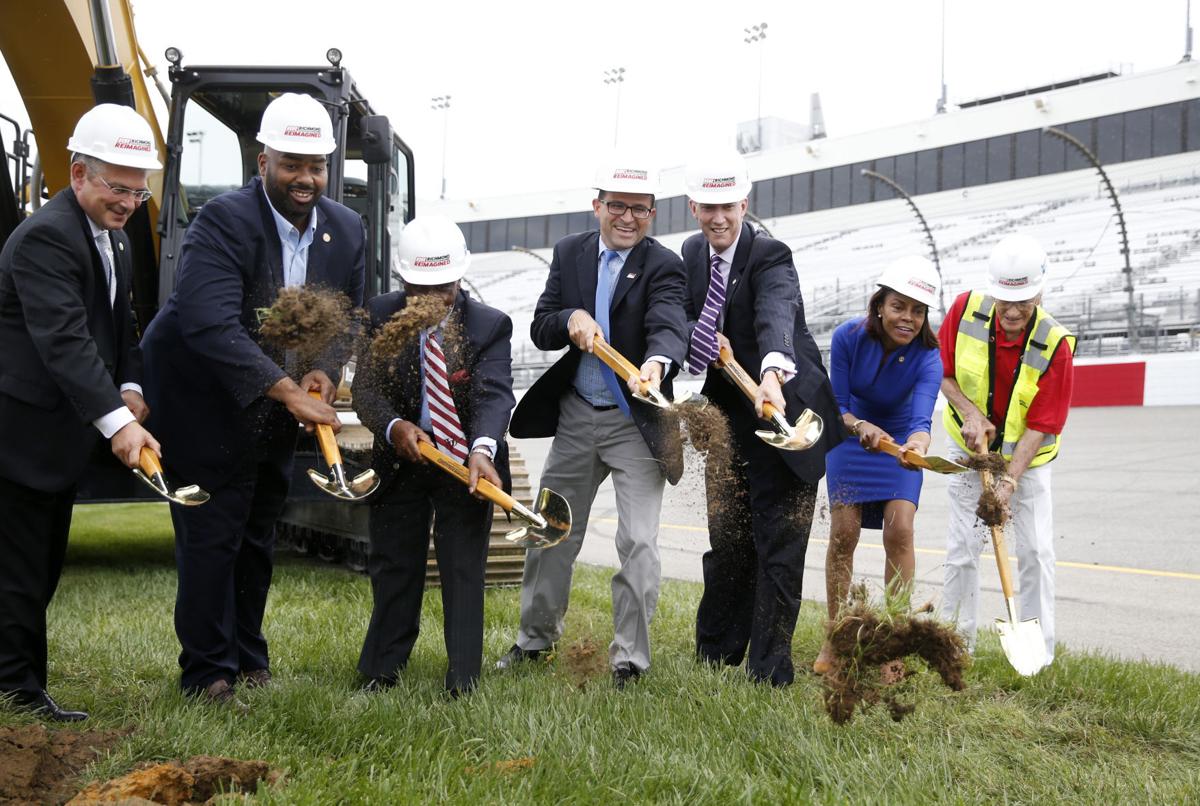 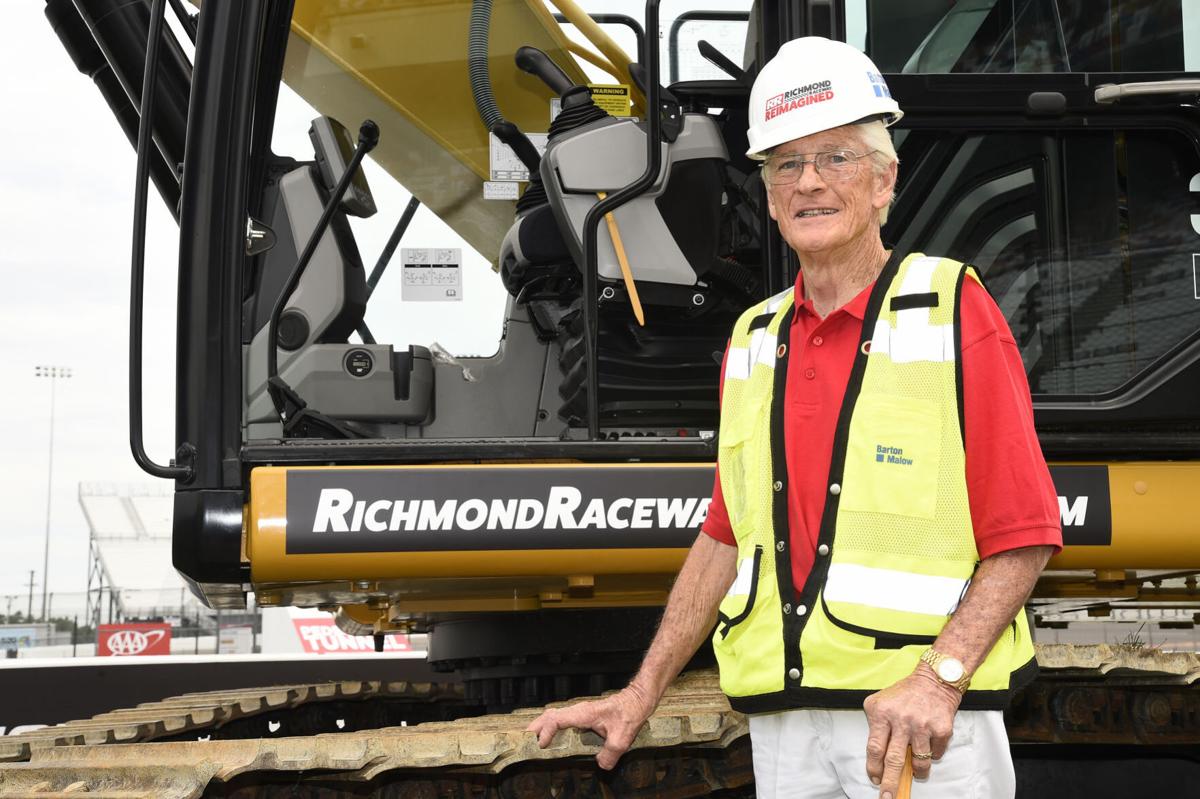 Longtime fan Tom Enroughty at a track event in 2017 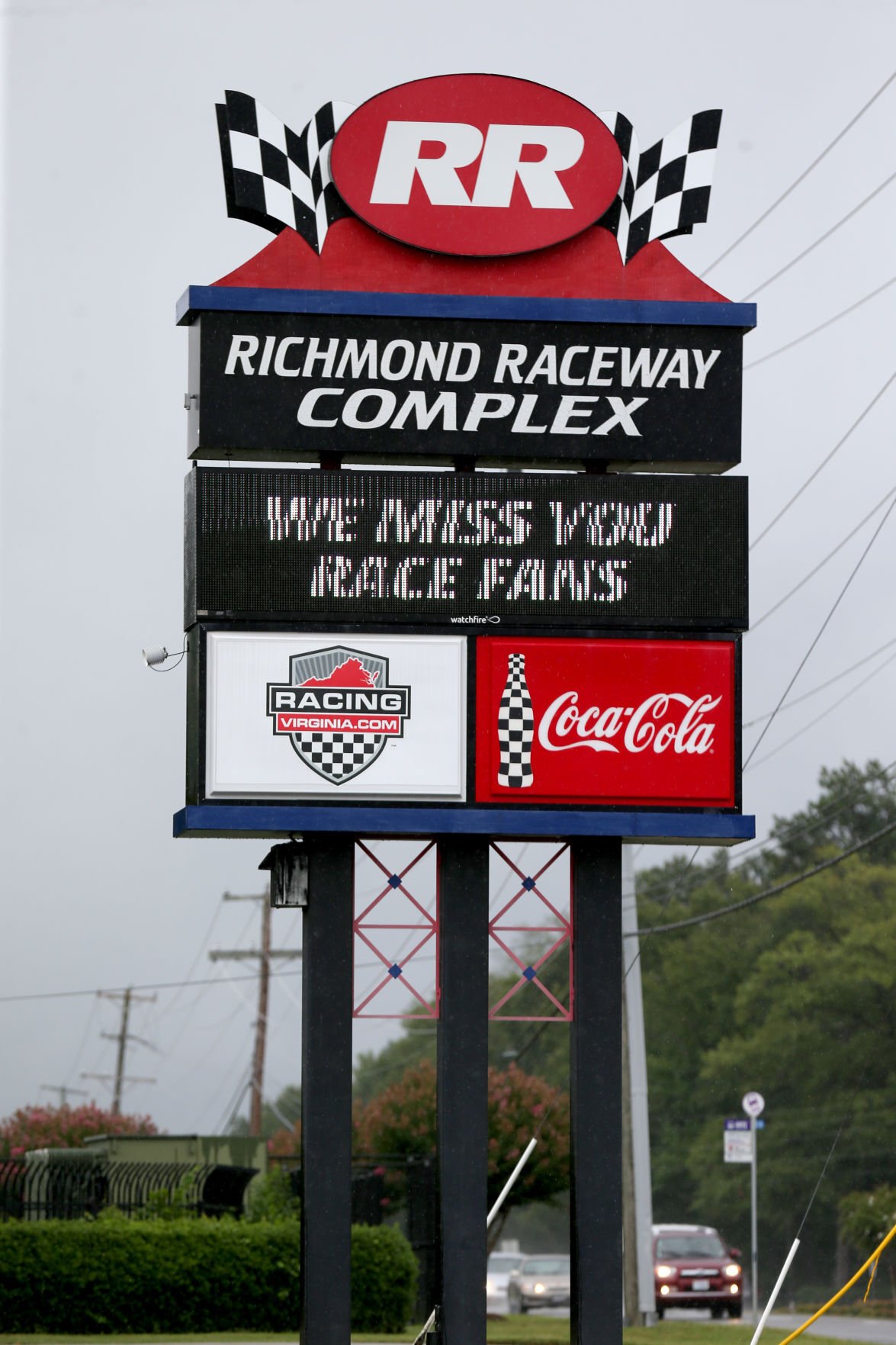 Richmond Raceway shared a message Wednesday with its fans who will be unable to attend this weekend. 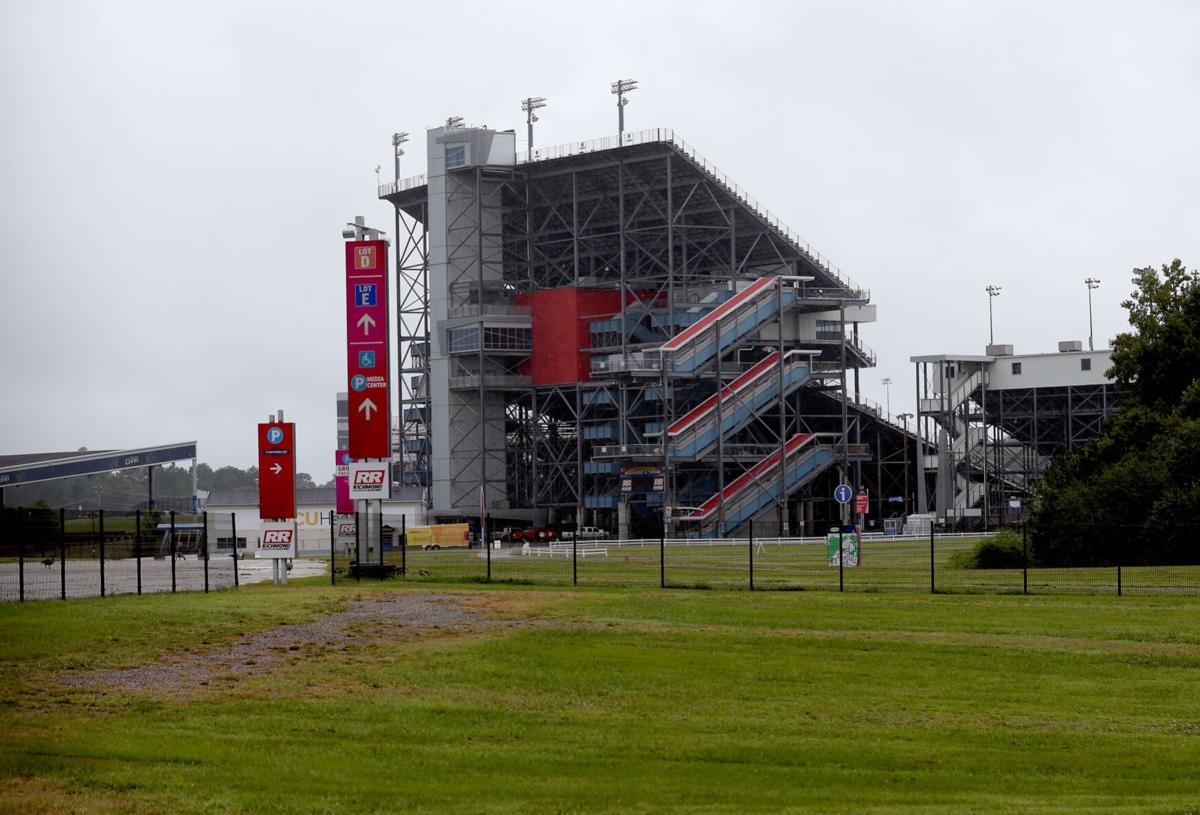 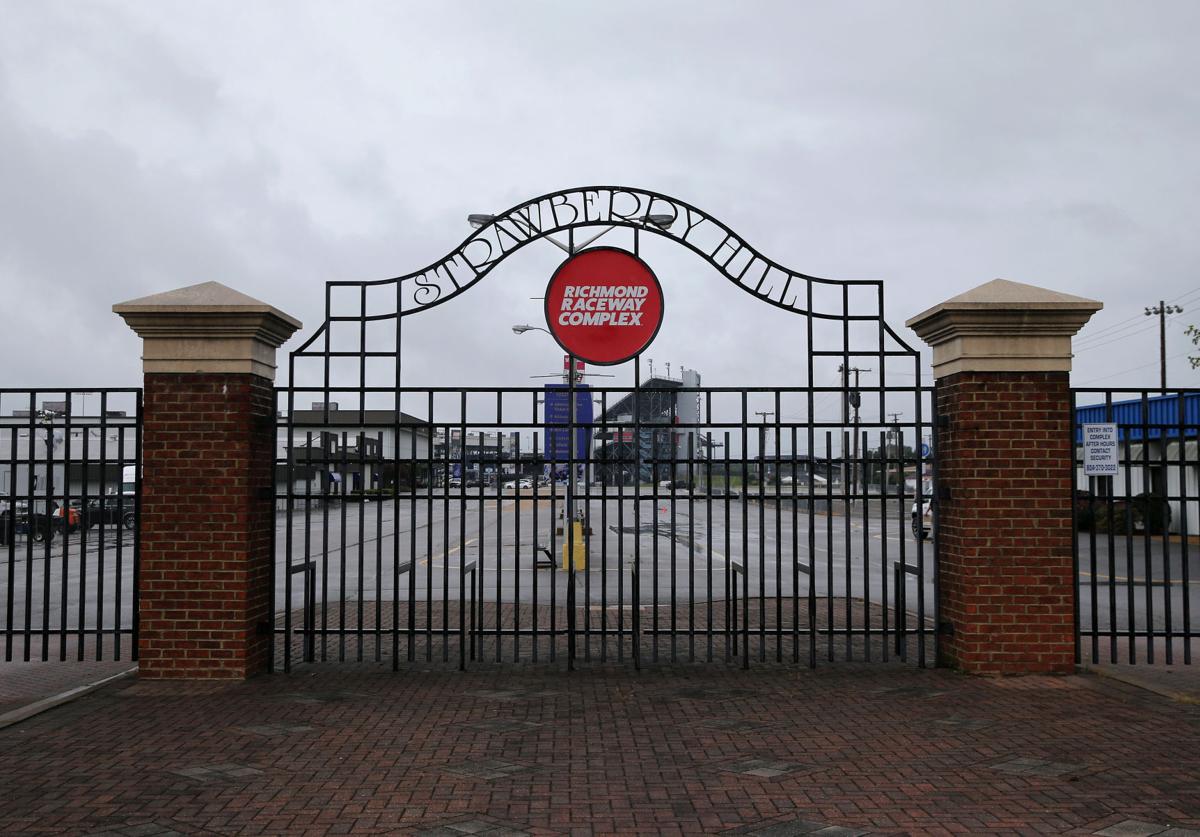 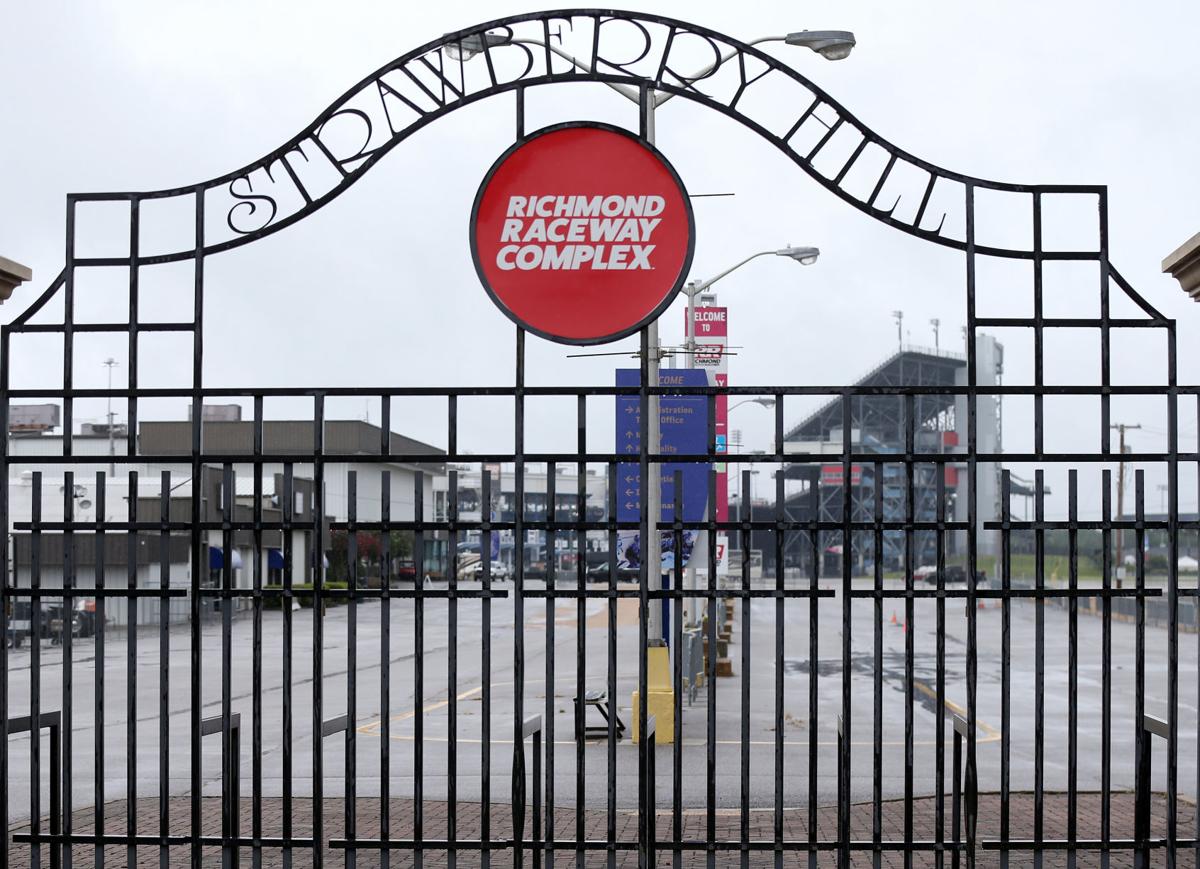 Richmond Raceway will not have any fans in the stands for the four races planned for this weekend. 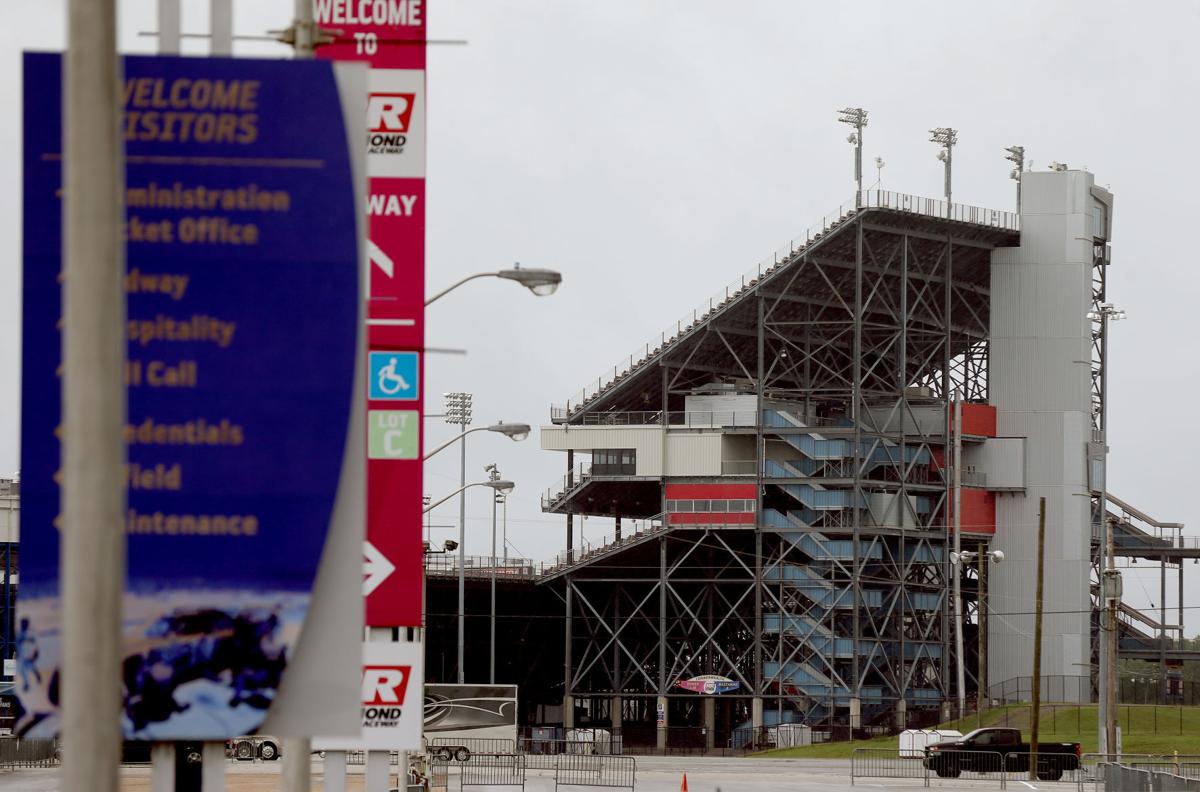 Tom Enroughty was 16 when he climbed a tree at what is now Richmond Raceway to get a look at his first NASCAR race.

Peering over the wooden fence on the back straightaway that June day in 1959, Enroughty watched Tom Pistone win in a ‘59 T-Bird — and got some added entertainment when one of maybe four guys fell out of the tree next to him.

“He hit the ground, bounced up, looked around, rolled back up the tree,” Enroughty said with a laugh. “Obviously they were passing a bottle around. It was a riot.”

The track has hosted 127 of NASCAR’s top-level Cup Series races since the circuit first came to Richmond in 1953. Enroughty, now 77, has been in attendance for the last 122.

That streak will come to an end Saturday when the second race of the playoffs, the Federated Auto Parts 400, starts at 7:30 p.m. at Richmond Raceway. The track has decided not to allow fans for its four races Thursday-Saturday in the Gander RV & Outdoors Trucks, Xfinity and Cup series in deference to the coronavirus pandemic.

Richmond hosts two Cup races each season. Enroughty was set to go to the spring race before it was canceled because of the pandemic.

He lives in Mechanicsville, about 4½ miles from the track. So he and neighbors Perry Glover and Bill Roberts plan to get together at Glover’s house, cook out on the patio — Enroughty loves a good steak and Bush’s baked beans — and watch the race on a large TV screen in an upstairs room, socially distanced of course.

From Enroughty’s perspective as a longtime fan, not being able to watch in person leaves “a large void.”

“It’s frustrating and disappointing because of all the history I have personally with the track and the joy that I get out of it,” he said. “It’s not like being there. There’s everything in the world to being there and the camaraderie between you and other fans. That’s what makes the whole thing worthwhile — it’s the people. And the race is unquestionably one of the best shows in racing, in my opinion.”

From Richmond Raceway President Dennis Bickmeier’s perspective, he feels the pain. He knows a lot of fans and says he’s heard a lot of their disappointment as well as their understanding.

“Fans bring the energy, and we will miss them dearly and miss the interactions that we have with them,” he said. “I’ve become friends with some of our fans. I’ve met some for lunch. I see them out in the community. We have long conversations about their experience, and I enjoy that. That’s part of being a promoter. I will miss those interactions. I will miss watching campers roll in here and the areas that people use to spend almost a full week here. Those being empty, that will be a big missing part of the weekend.”

The choice to not have fans was difficult but necessary, he said, after weighing the logistics and potential risks after NASCAR and track officials worked with public health officials, medical experts, and state and local officials.

Some NASCAR tracks have allowed fans. Last week’s Cup race at Darlington in South Carolina had about 8,000 fans in attendance.

Bickmeier said allowing a similar number was considered at Richmond, which has about 55,000 seats. That scenario would have included distancing; face coverings; temperature checks; disinfecting high-contact areas; and providing hand-sanitizer or hand-washing stations.

“I’m confident in our team that we could have really executed this, but I think we just got down to, from a timing standpoint, where it was difficult to make it all work,” Bickmeier said. “I can’t stress enough that we always have to go back to the safety of our community first and foremost.”

NASCAR does not release attendance figures, but attendance at its events has been in decline for a while.

Even Bickmeier will be under restriction at the track. He won’t do his traditional duty of handing the trophy to the winner. It will sit on a stand, with the winning driver posing for photos.

“When you only get two bites at the apple, it makes it even more difficult,” Bickmeier said. “We pour our heart and soul into this thing, man. When you feel like you’re missing something, you literally feel like a piece of you has been torn away.”

From Denny Hamlin’s perspective, he understands the precautions to keep everybody safe but says not having fans “stinks.”

The veteran driver out of Manchester High School in Chesterfield County is enjoying one of his best seasons with six wins. He and other drivers notice the lack of buzz when fans aren’t at the track.

“It’s different. It’s certainly not ideal,” he said. “We’re still able to put out a product … that people enjoy and it’s entertaining. Our sport probably looks as it did before. It shows well on TV, even though there’s no one in the stands. The on-track action is no different.

“It stinks that they’re not there because I wish that the fans could enjoy kind of that playoff atmosphere, but I also understand that we’ve got to keep everyone safe. On the racetracks that we do have fans, you can feel that energy. You really can, even though it’s just a few thousand people. That little bit does matter, and you can certainly feel the intensity is just a little bit different before and after a race.”

The raceway has offered a 120% credit toward future race events for fans holding tickets to the Cup and Xfinity races. That includes a 2021 NASCAR weekend at Richmond or at another 2021 NASCAR-sanctioned event at any NASCAR-owned tracks, subject to availability.

Enroughty appreciates the gesture. He already has his season tickets for next year, for what he hopes will be a chance to get back to the track.

Meanwhile, Enroughty — who worked with race teams diagnosing spark plugs as a factory representative for Champion Auto Parts, had dinner at Richard Petty’s house and said he once drove a race car 189 mph — will watch on TV.

He may occasionally wander outside to hear the sound of the engines.

“I’d love to be there of course, but if you can’t, you can’t,” Enroughty said. “I don’t know why they couldn’t put half capacity out there. That would be more than 6 feet apart. What can you do? We’ve got to fight this thing as a nation. We can’t just do it singularly, and we’ve got to do what we’ve got to do to beat this damn thing.”

Dwayne Haskins is making throws few NFL quarterbacks can, but he's also missing the easy ones

"Dwayne is more than capable. If his feet are set and his body is aligned correctly, he can make any throw that there is."

McElroy: Mo Alie-Cox reflects on his 'crazy' journey from hoops to NFL starter

"Sometimes I'll be talking with one of my friends and they’ll talk to me about it and I’ll be like, 'Yeah, this is kind of crazy, right?' I’m kind of not supposed to be here but I am here and I'm actually doing good. So yeah, it's crazy."

Giants would like their Double-A team to remain in Richmond, but nothing's set yet

The San Francisco Giants want to keep their Double-A team in Richmond, and that desire may help resolve which major league organization partne…

"It allows to see that we're all vulnerable and we all have a story. And let's share our story with each other."

Clint Bowyer entertained fans on the track and along the Richmond Raceway Garage Walk in 2019.

Longtime fan Tom Enroughty at a track event in 2017

Richmond Raceway shared a message Wednesday with its fans who will be unable to attend this weekend.

Richmond Raceway will not have any fans in the stands for the four races planned for this weekend.