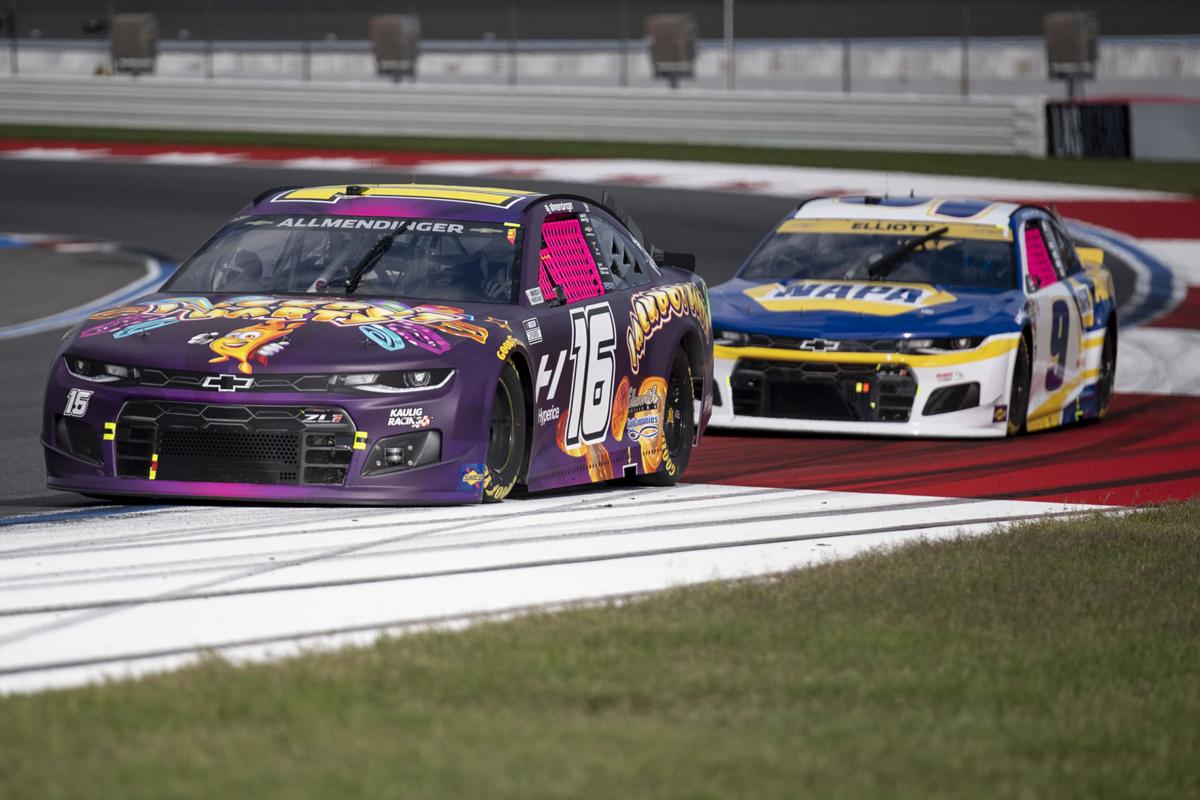 For that matter, officiating any sport is a messy business, as evidenced by the frequency of our shouts at the television screen when we’re appalled at the call of a referee or umpire.

Racing officials, however, have it particularly tough because their sport doesn’t afford much in the way of down time to sort things out.

No pauses between snaps, no delays for instant replay.

Yes, there are lulls in the action, but a race can’t be successful with yellow-flag slowdowns or red-flag stops every few seconds.

Just ask stock car racing fans/critics how they feel about the two predetermined stage cautions NASCAR has inserted into its races.

Most NASCAR officiating is done on the fly, which brings us to last Sunday’s Cup Series race on Charlotte Motor Speedway’s Roval road course.

A little past halfway in the 109-lap event, Kevin Harvick goosed the gas and drove his Ford into the back of Chase Elliott’s Chevrolet, sending Elliott into the wall.

Both cars continued, and as they straightened out, Elliott turned toward Harvick but missed and banged into the Ford driven by Cole Custer (a Harvick teammate, incidentally). Elliott, still able to continue, pitted for repairs.

The wreck was a renewal of the Harvick-Elliott feud that flared up at Bristol three weeks earlier.

In that race, Elliott, peeved that Harvick had sideswiped him and caused a flat tire, got back on track and impeded Harvick so Kyle Larson could pass Harvick for the Bristol win.

In the days after that race, the two drivers spoke. Harvick likened the conversation to trying to talk sense to his 9-year-old son. Peace had not been made.

Sunday at Charlotte, Elliott, one of NASCAR’s best road-course drivers, was a likely winner until Harvick thumped him.

After their encounter, both drivers lost positions and were scratching to regain enough spots to survive playoff elimination and make NASCAR’s round of eight.

Elliott was just below the cut, but could make it if Harvick had trouble. Elliott’s team had the following radio exchange, which aired on the TV broadcast.

NASCAR officials, along with the TV audience, heard that. Should they have black-flagged Elliott and made him pit for the team’s wreck-him-when-you-can chatter?

Because of his encounter with Harvick and the wall, the rear body panel on Elliott’s Chevy was awry.

His crew taped it in place, but it came loose and began swinging like a fence gate as he wound around the road course.

Should officials have made him pit for repairs?

The body part finally detached itself.

NASCAR waved a caution so workers could pick up the debris.

With about 10 laps to go, Elliott had cut the margin to a car length or two. Harvick drove too hard into a turn, smacked the wall and eliminated himself — from the race and from the round of eight.

Elliott, no longer on a mission to take his turn at revenge, finished 12th and made the playoff cut.

Larson, benefactor of the feud, won at Charlotte as he had done at Bristol.

After the race, a dour Harvick said of his encounter with Elliott, “Sometimes real life teaches you good lessons.”

Elliott, also unsmiling, took a dig at Harvick and his team, no longer eligible to win the championship. “As far as Kevin goes,” he said, “I just want to wish them a merry offseason and a happy Christmas.”

Peace had not been made.

The problem for Elliott is that Harvick will continue running in NASCAR’s final four events and now has little to lose. NASCAR’s playoff system eliminates drivers from championship eligibility, but they continue to compete.

Now what does NASCAR do? The sanctioning body talked to the two drivers after Bristol.

In a SiriusXM interview, Scott Miller, NASCAR executive vice president of competition, said there will be further conversation.

“I don’t know if we’ll have them together or talk to them individually to see where they are right now,” Miller said, “but we don’t need that continuing on and we’ll do what we think is necessary to kind of get that one calmed down.”

Miller all but ruled out a suspension of either driver.

In 2015, the sanctioning body suspended driver Matt Kenseth after his revenge-motivated move took Joey Logano out of that season’s playoffs.

“We don’t want to park anybody,” Miller said. “We want all the fans to see the drivers that they came out to see, so that’ll try to be a last resort.”

Now, the weekly look at how my preseason predictions have stood up.

In February, I picked Elliott to win the Roval event, and I included Harvick in my round of eight. Both those predictions fell victim to the feud. Who knew?

My final four — Elliott, Larson, Kyle Busch and Denny Hamlin — are all still eligible. And my predicted champion, Larson, has now won seven races. That’s three more than any other driver this year