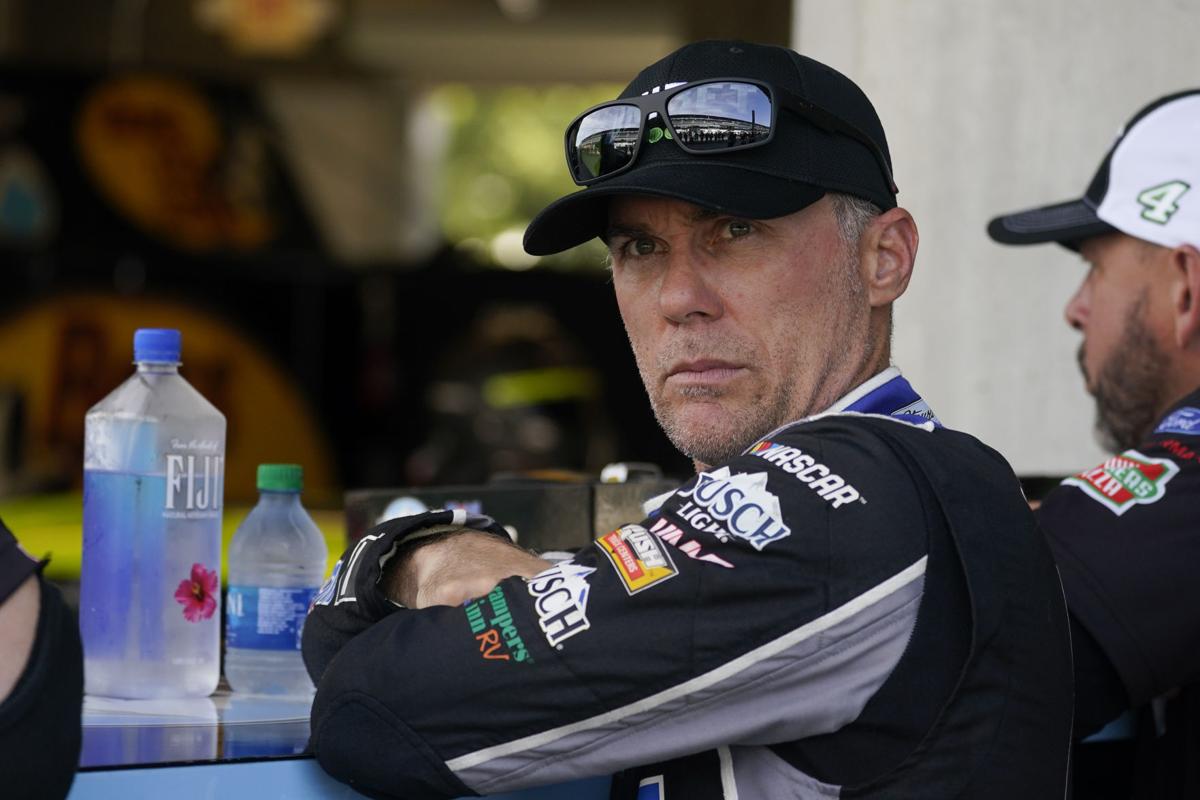 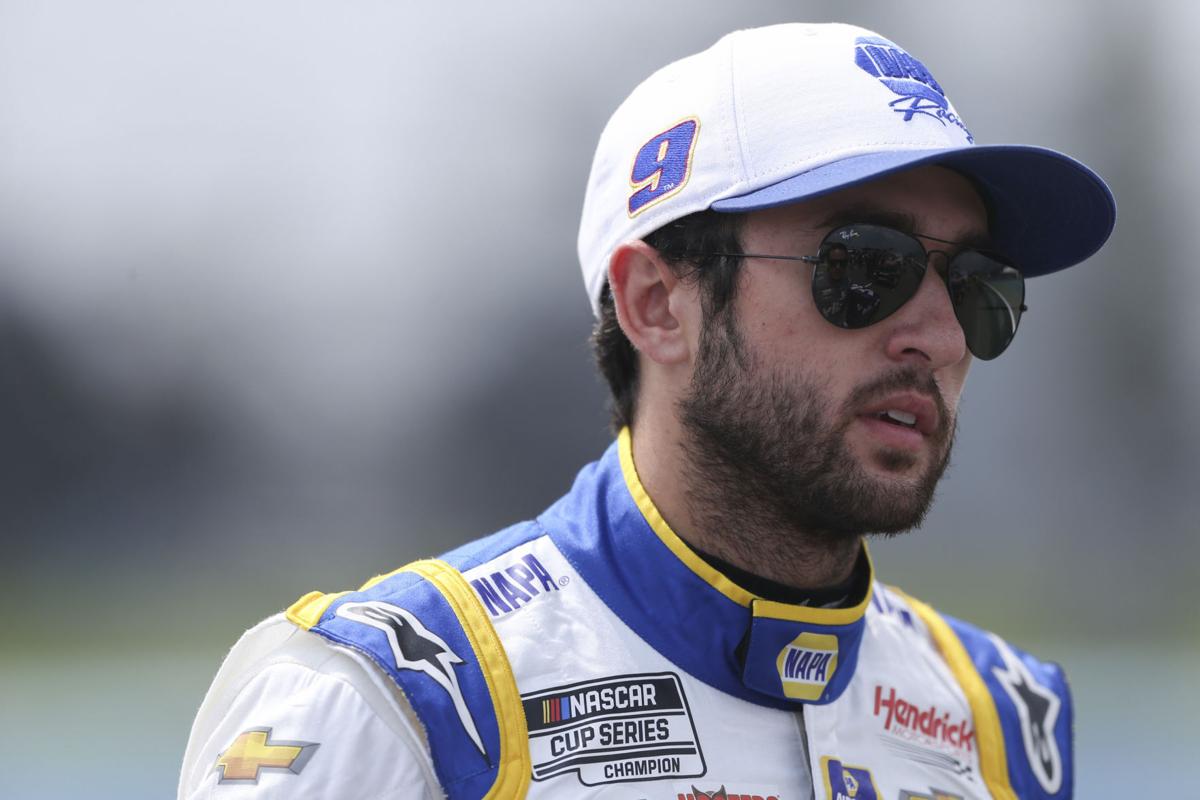 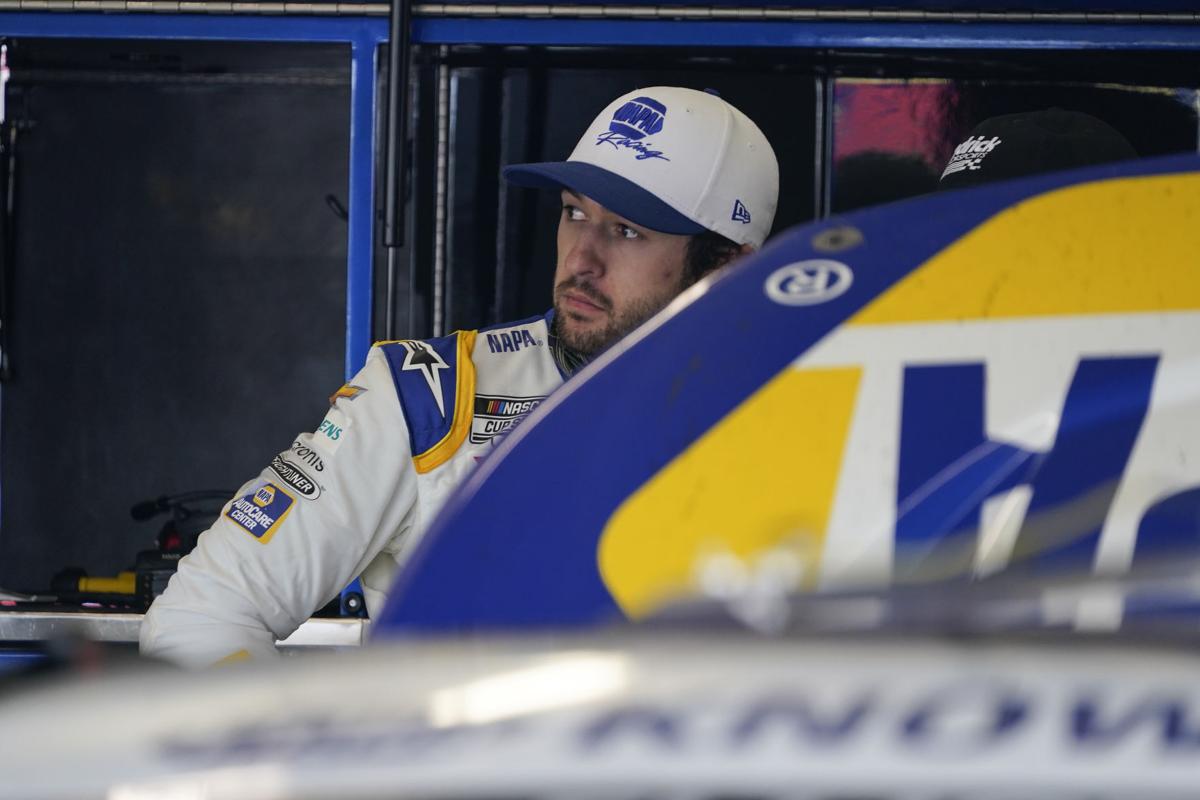 That somebody was Chase Elliott, who played a crucial role in denying Harvick victory in last Saturday night’s 500-lap NASCAR Cup Series race on the Bristol Motor Speedway half-mile.

A word of advice for those tuning in to this coming Sunday’s 400-miler at the 1.5-mile Las Vegas Motor Speedway: Don’t expect Harvick to rip Elliott’s head off in this race. The time won’t be right.

More about that later. First, a recap of what left Harvick livid at Bristol.

In the final laps, Harvick’s Ford sideswiped Elliott’s Chevrolet as they battled for the lead. The contact cut Elliott’s left rear tire, forcing him to pit, ending any chance he had to win. Elliott came back on the track three laps behind but with fresh tires. He got in front of Harvick, then ran at something less than maximum speed in the groove that Harvick preferred.

That made it easier for Kyle Larson, Elliott’s teammate, to get by Harvick with four laps to go and win the race — Larson’s series-leading sixth victory in the 29 races so far in 2021. Harvick, a perennial winner, is 0 for 29 this season.

Harvick and Elliott met face to face after the race. There was head shaking and finger pointing, maybe a bit of chest pushing, before the two were parted and the TV interviewers stepped in.

Harvick, 45 and in the latter stages of a great career, said the two of them were “racing for the freakin’ win at Bristol, three-wide, he throws a temper tantrum. I was just trying to get the lead and race him hard.”

Elliott, 25, a rising star and NASCAR’s most popular driver, said the bump-and-run tactic is typical of Harvick. “At some point, you have to draw a line,” he said. “I don’t care who he is or how long he’s been doing it, I’m going to stand up for myself and my team.”

After their TV pronouncements, the two drivers found each other again and continued their heated conversation. A smart-phone recording picked up parts of the dialogue. Harvick likened Elliott’s driving to barnyard excrement (chicken, not bull).

It has all the markings of a true NASCAR rivalry. On-track contact, postrace face-offs.

But don’t expect on-track explosives at Vegas. The two of them will race each other hard, no doubt, but neither will do any deliberate fender banging on the Vegas 1.5-mile speedway.

Why? Because they’re in the middle of NASCAR playoffs.

So, it’s not going to happen at Vegas. Nor will it happen the next race at Talladega Superspeedway, the fastest and therefore most dangerous of the NASCAR Cup venues. And probably not at Charlotte Motor Speedway’s “Roval” event, where they’ll both likely be looking for playoff points.

The best bet for the next eruption of this fresh rivalry is the season’s penultimate event, the Oct. 31 race on the Martinsville Speedway half-mile. It’s the slowest of the Cup tracks, and it’s the last race in which a driver can earn a spot in the final four.

If one of the two drivers is out of the championship picture by then, the other best be wary.

Recall, if you will, the 2015 playoffs. Two races before the tour came to Martinsville, Matt Kenseth was denied a win and eliminated from the championship as a result of Joey Logano’s aggressive driving.

At Martinsville, Kenseth retaliated. He bulldozed Logano into the wall, taking him out of championship contention. NASCAR handed Kenseth a two-race suspension, a so-what penalty for a driver already eliminated from a bid for the season title.

Race drivers have long memories. Bristol to Martinsville is 43 days — hardly a blink.

Before we close the garage door on this week’s column, a couple of asides.

First, hats off to Jordan Bianchi, reporter for The Athletic, who stoically stood his ground when asked to stop using his phone to record the second conversation between Elliott and Harvick.

Social media know-it-alls said Bianchi should have meekly stowed his phone and retreated. But Bianchi isn’t there to take orders like a driver’s crew member. Drivers having it out where reporters, TV cameras and miscellaneous hangers-on are allowed can expect to be recorded.

To say he should desist is not much different from saying the reporter who covers your board of supervisors should close his notebook when the discourse over an issue gets heated.

When it is legal, the supervisors can go into executive session behind closed doors. That’s essentially what the two drivers did when they stepped into Elliott’s hauler to continue. And that’s fine. The hauler is an invitation-only space.

Second, a further look back at my February predictions for the playoffs.

I also predicted that William Byron, Alex Bowman and Logano would be eliminated in the first round. All three advanced. Not good.

Looking ahead at the round of 12, I had no specific prediction for the Las Vegas race (I’m picking Larson now). I picked Elliott to win on the Roval. I said Blaney and Truex would be among those eliminated this round, thanks in large part to getting caught up in a Talladega Big One.