Richmond-area Royals prospects Daniel Lynch and Noah Murdock lost a minor league season. They're coming back better than ever.
0 comments
Share this
1 of 8 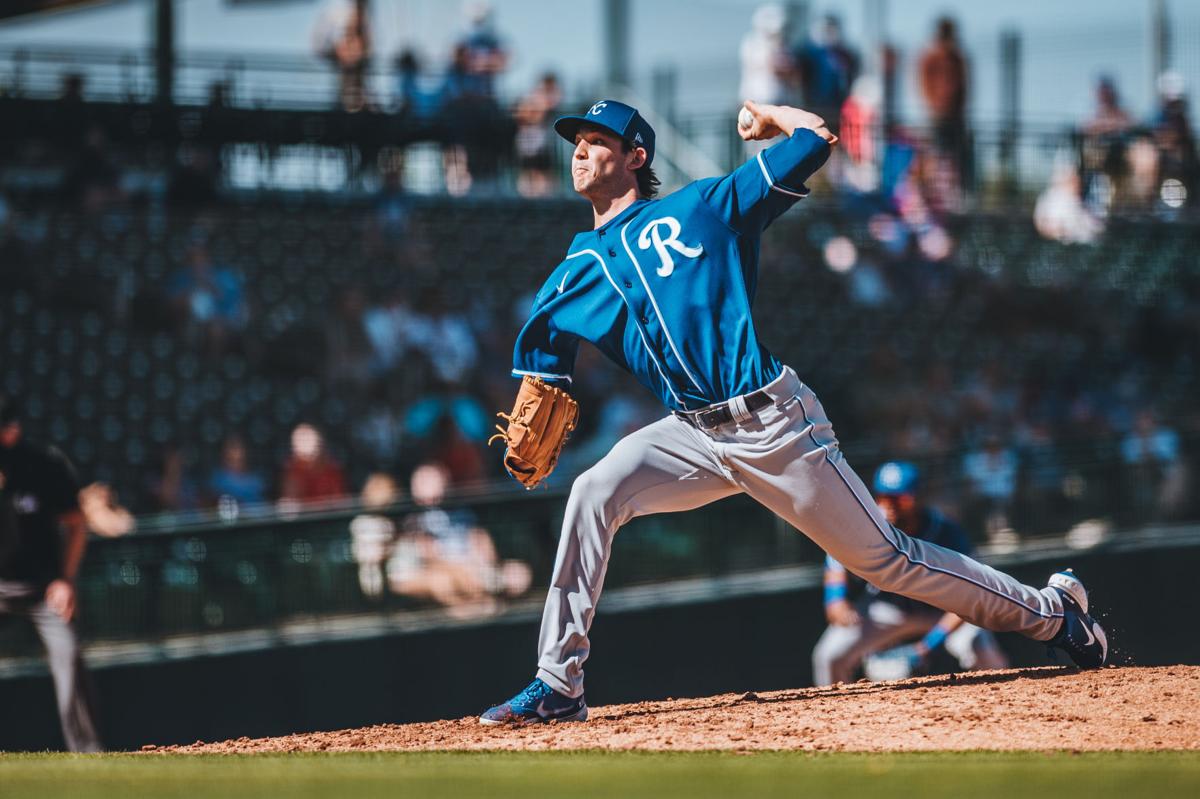 Former Virginia pitcher Daniel Lynch, a former Douglas Freeman standout, is ranked as the 17th-best prospect in baseball and the top prospect in the Kansas City Royals’ system by Keith Law of The Athletic. 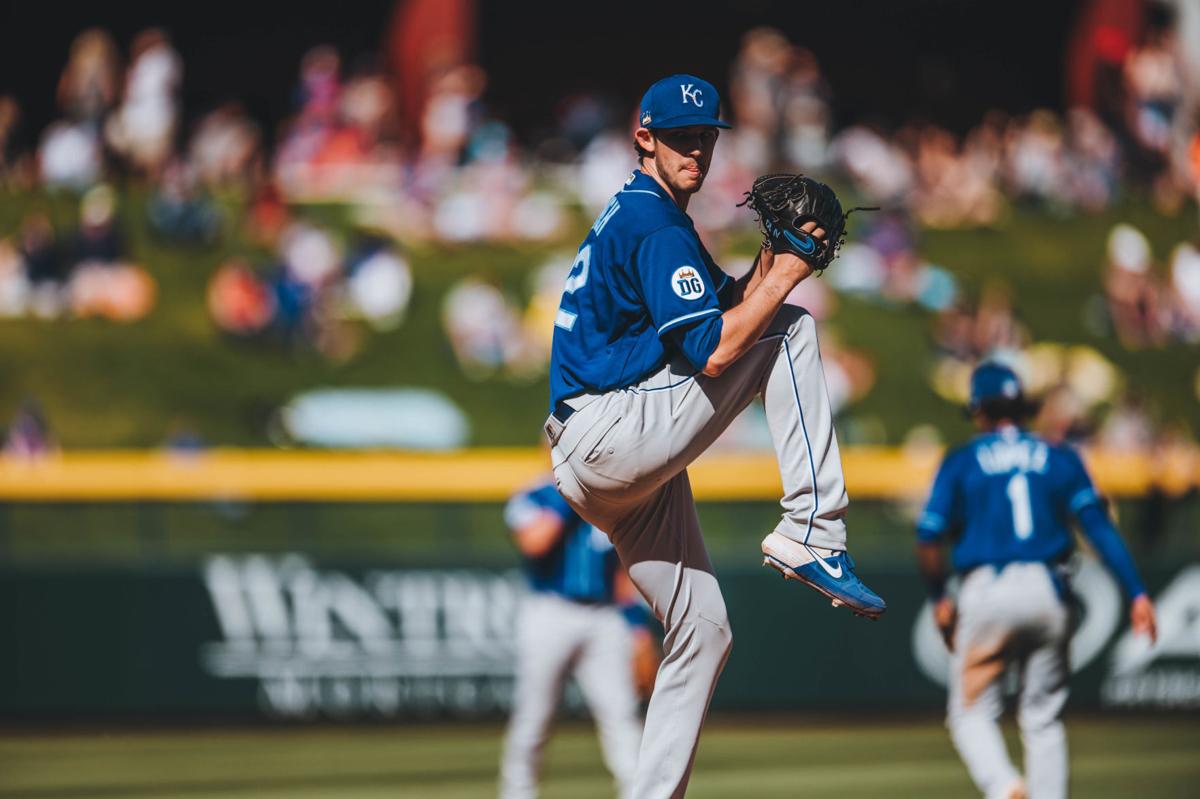 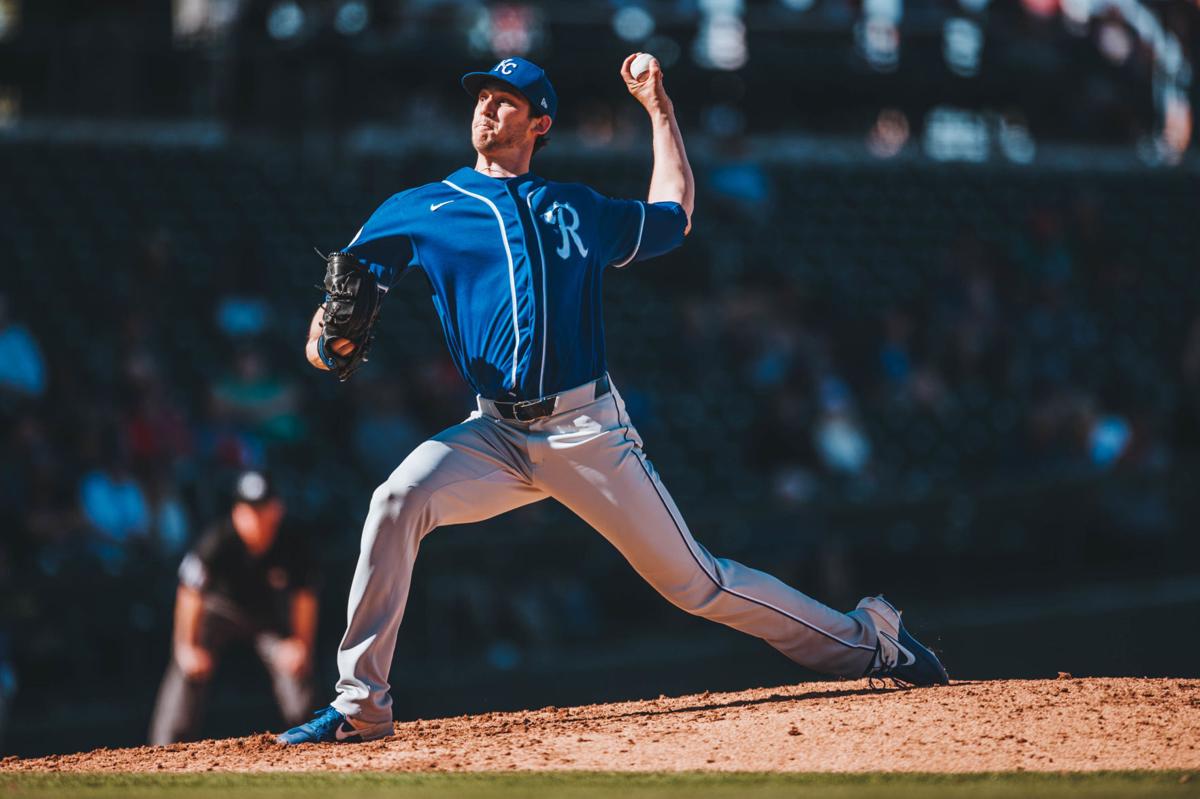 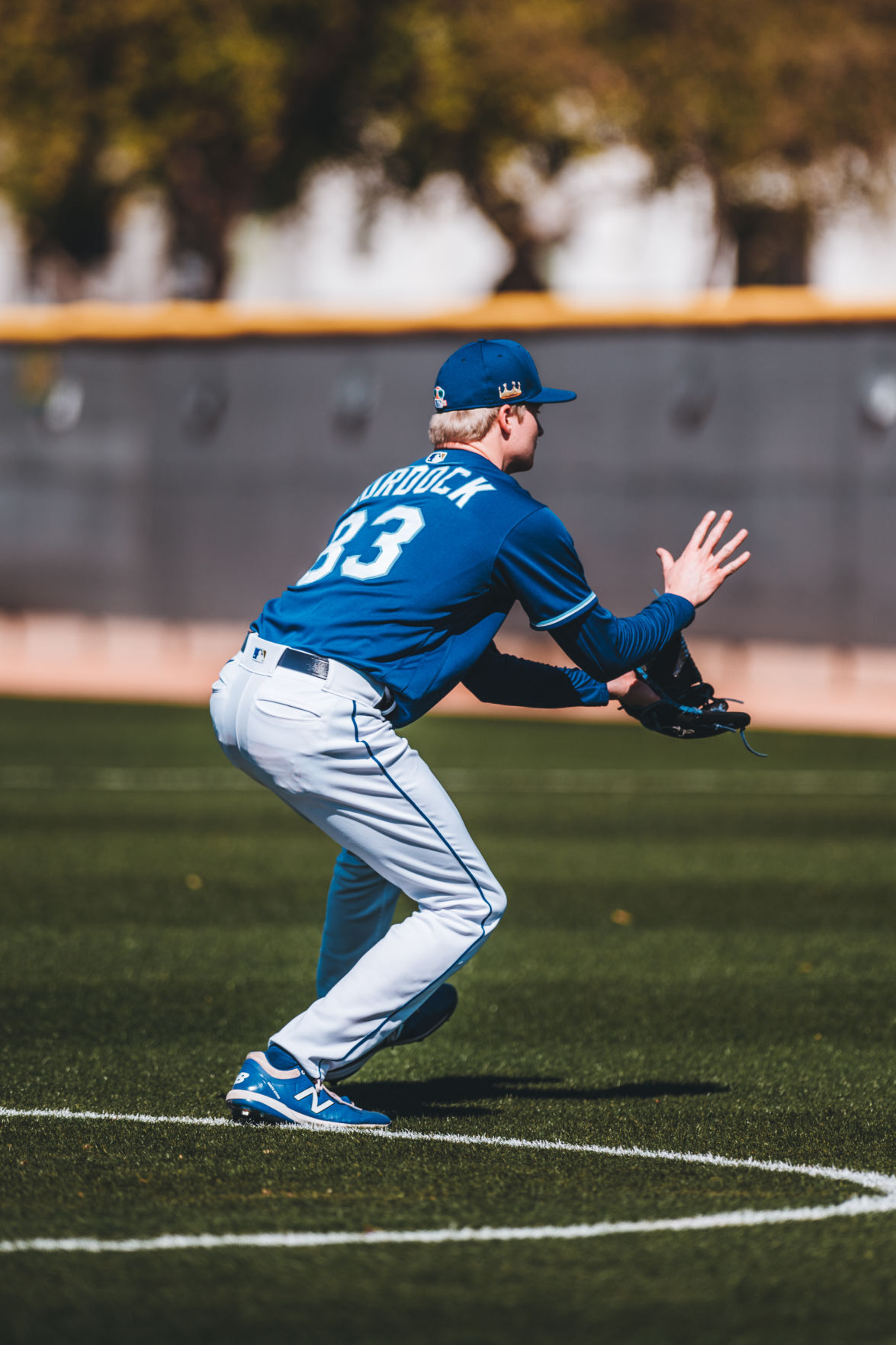 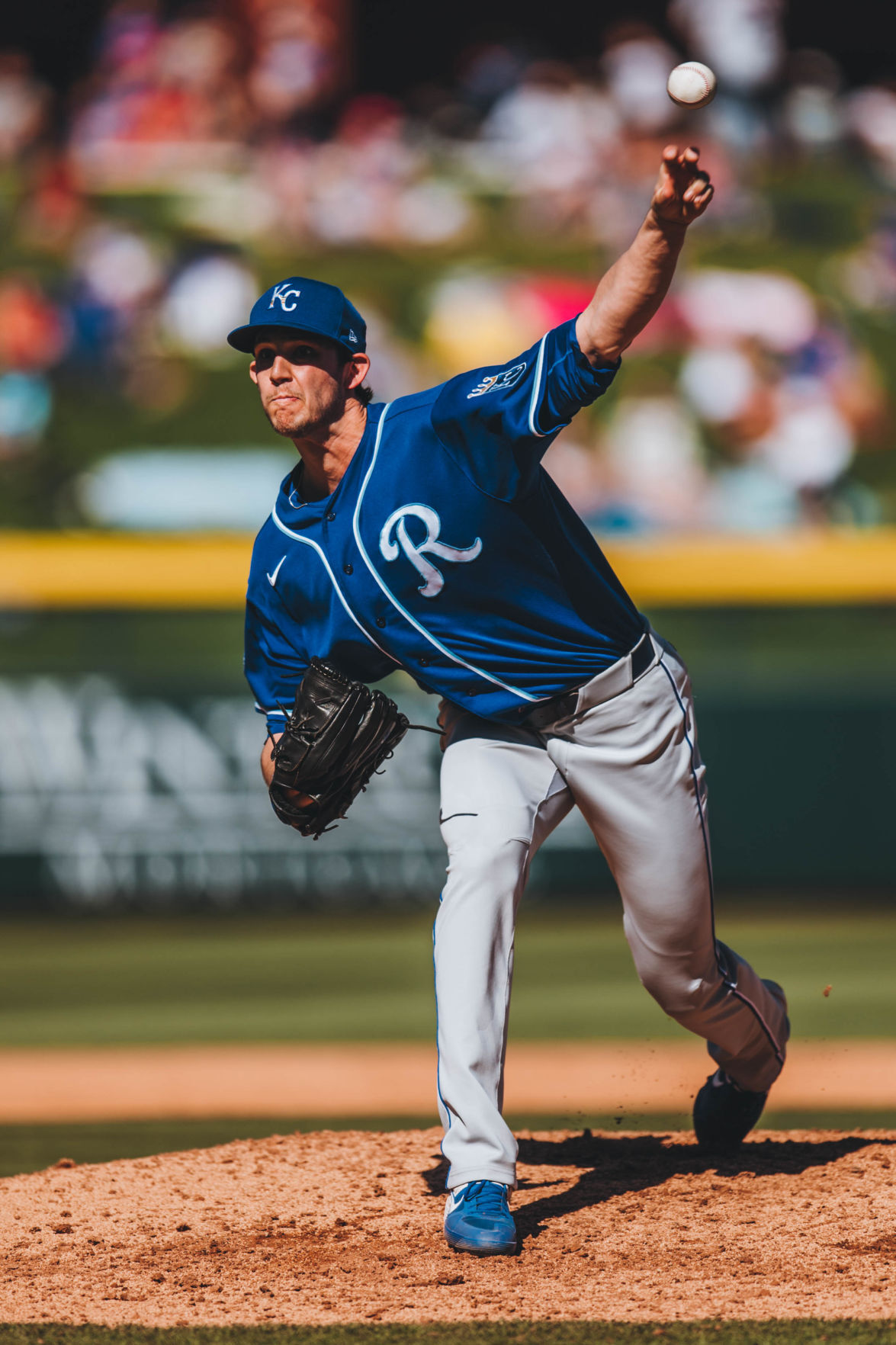 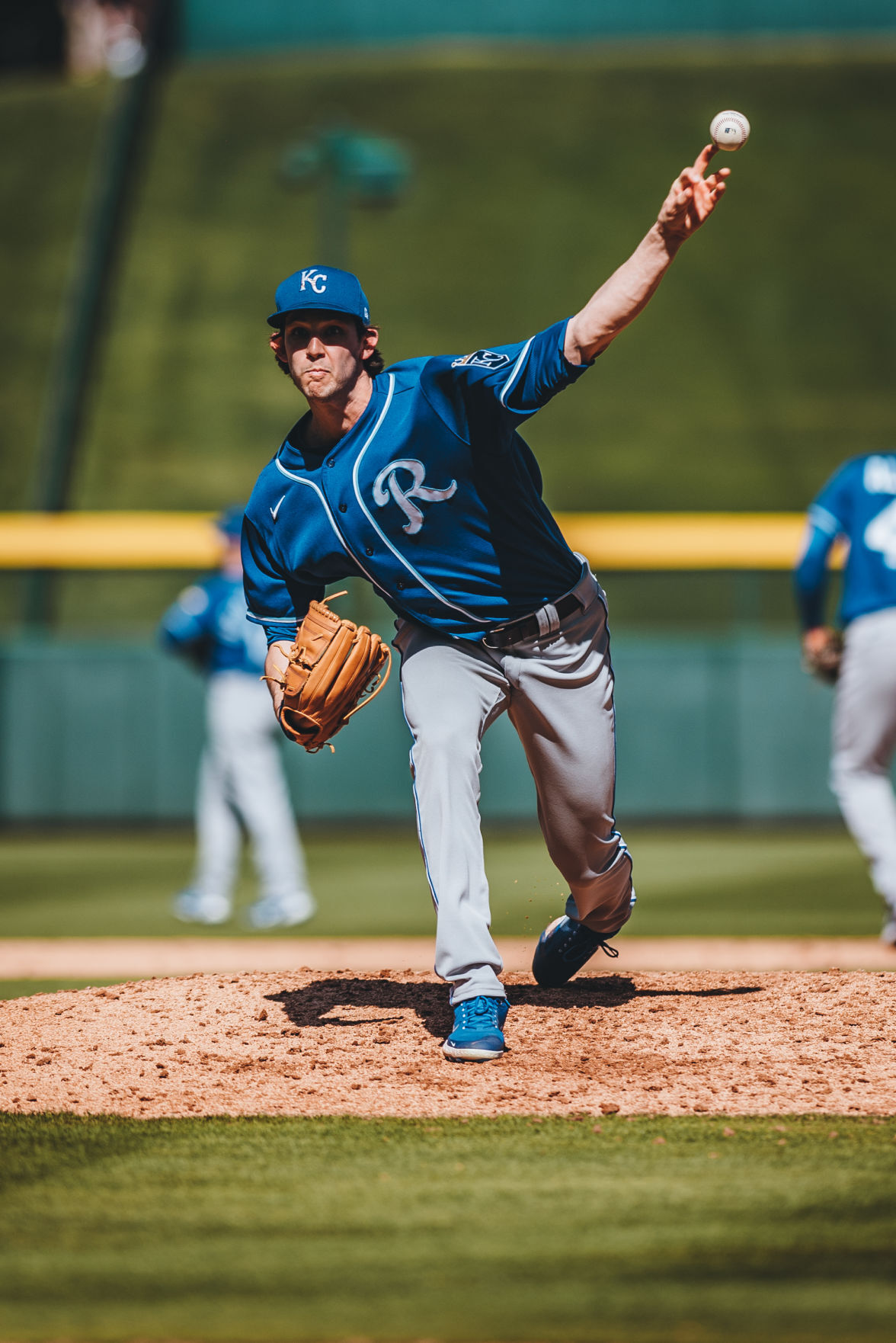 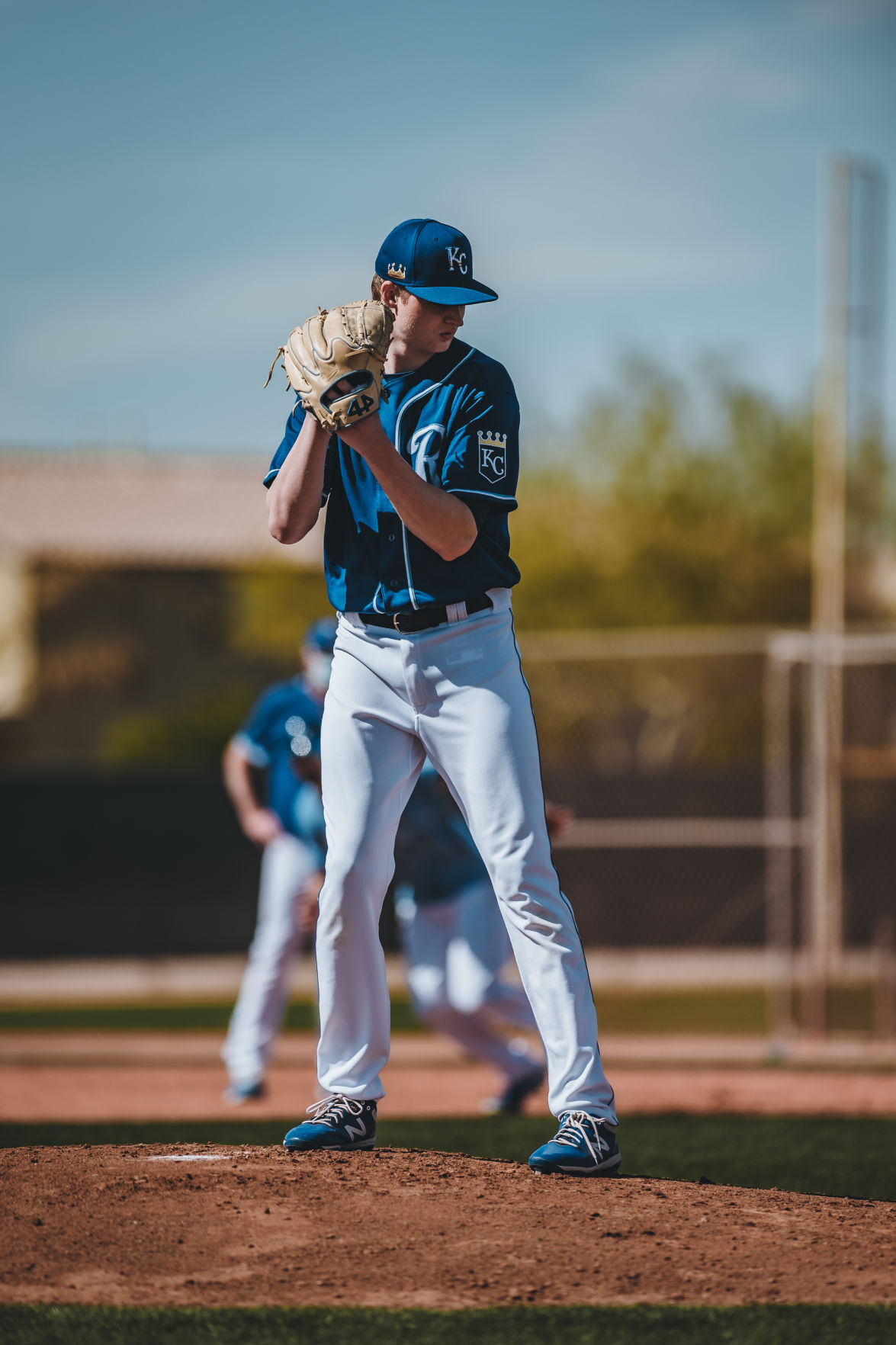 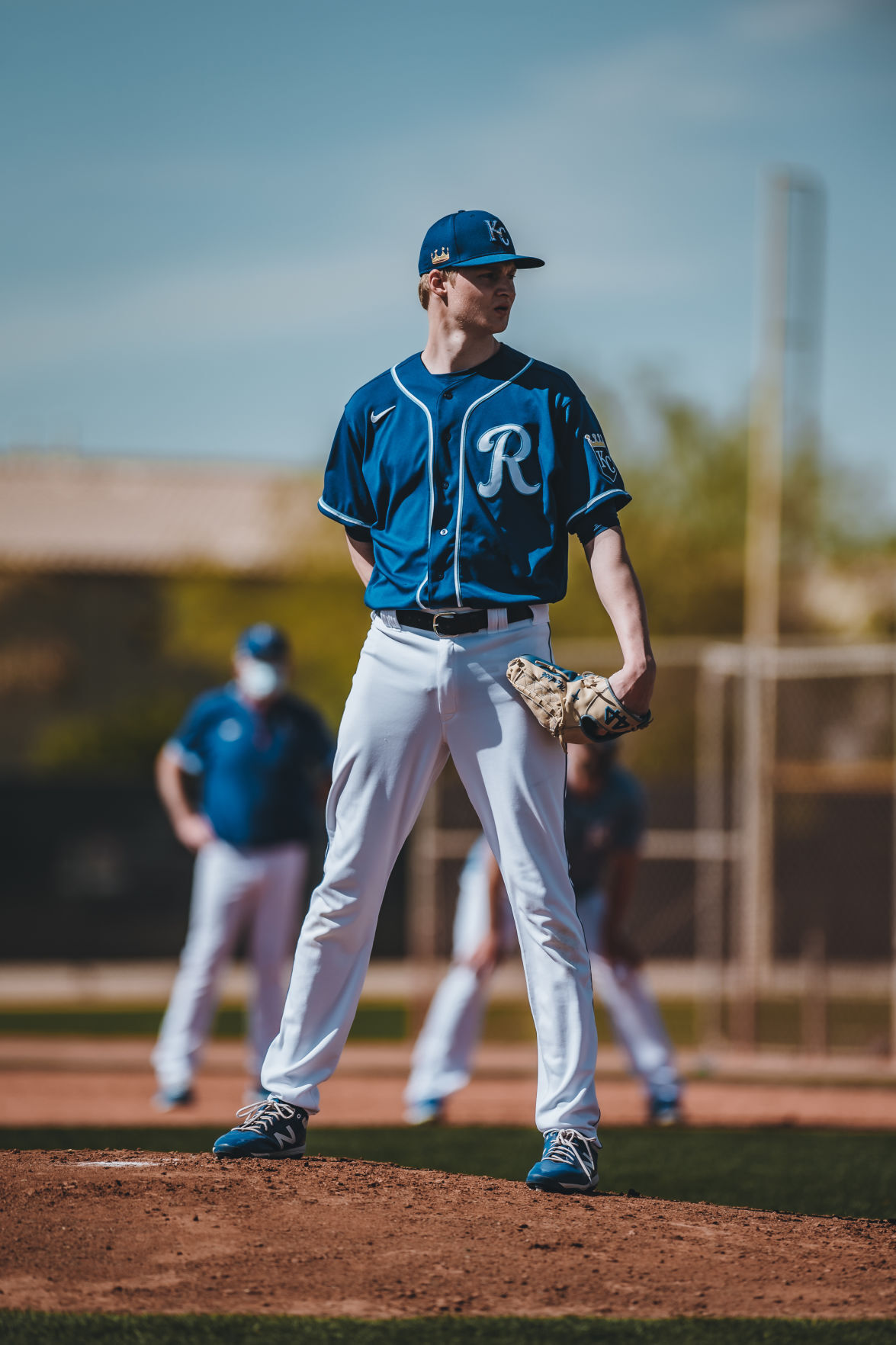 Former Virginia pitcher Noah Murdock, a former Colonial Heights standout, was a seventh-round pick in the 2019 baseball draft. The Royals prospect has yet to pitch in a pro league higher than rookie level.

Minor league players exited 2020 with a void on their baseball cards.

No wins, no losses, no home runs, no strikeouts. The COVID-19 pandemic and its related shutdowns shelved the minor leagues, a first since the formation of the system in 1901.

Last March, former Virginia pitchers Daniel Lynch and Noah Murdock, both pitching prospects in the Kansas City Royals’ organization, were among the players jettisoned from spring training with little expectation of when — or if — they’d be able to return to the mound.

“It was obviously crazy just to get sent home like that,” said Lynch, a 24-year-old lefty who starred at Douglas Freeman. “We kind of saw our impending doom there.”

The conditions forced by the pandemic would be enough to derail any fledgling career in pro baseball. But Lynch and Murdock didn’t allow the shutdown to disrupt their baseball journeys.

For Lynch, the goal upon being sent home was simple. He set out to refine the mechanics and pitches that made him regarded as one of the top left-handed pitching prospects in baseball — Keith Law of The Athletic ranks him as the 17th-best prospect in baseball and the top prospect in the Royals’ system.

He threw weekly bullpens at a local facility in Richmond, and he stayed warm by throwing with his brother, Will, a senior at Freeman and a Samford recruit.

“I think the big thing was just getting really good at repeating my delivery,” Lynch said. “I got more confident in what I was doing. I wasn’t necessarily guessing as much anymore.”

For a player like Murdock, a former Colonial Heights standout and a seventh-round pick in the 2019 draft, it would’ve been easy to get lost in the shuffle. The 6-foot-8 righty had Tommy John surgery in the middle of his collegiate career, and his final numbers were far from inspiring for someone with pro aspirations — a 5.32 ERA across three seasons, culminating with a 3-6 record and 6.30 ERA as a junior.

Murdock started to take better advantage of his long frame and added velocity upon entering the pros. He was feeling great and throwing well in minor league camp last spring, often touching 98 and 99 mph, until he began to overexert himself. He said getting sent home was like getting “saved by the bell” in avoiding any more stress on his arm.

Then, it was time to experiment.

“The biggest thing for me: I was not afraid to take certain risks that I thought would benefit my career,” said Murdock, who said he altered the grip on all his pitches, including his high-90s two-seam fastball. Most important was the work he put into his curve, turning it into a tighter, stronger secondary pitch.

“I believe, as of right now, that every single risk that I took has paid off to this point.”

Their paths diverged as the summer set in. Baseball was nearing the possibility of returning, although in forms never experienced before. Lynch, along with other top prospects and players already on the Royals’ 40-man roster, was assigned to the ominously named “alternate site.”

Lynch was among the players scrimmaging and working in Kansas City as the Royals began play in their abbreviated 60-game season. Along with the COVID-19 protocols and testing that the sports world is all too aware of now, Lynch said that the site felt a lot like a second spring training, except with live Royals radio broadcasts playing in the stadium to keep them connected to the major league squad.

As a player further from the majors, Murdock was still separated from the team for some time. It did give him extra time to hang out with his family and hone his craft. He became engaged to his girlfriend, Savannah, a softball coach, and he was able to throw to collegiate hitters as she worked as a graduate assistant at Castleton University in Vermont. He also had connections to the coaches at North Carolina Wesleyan and other minor leaguers in the Richmond area such as Josh Winder (Twins) and Griffin Roberts (Cardinals), both of whom went to James River High School.

“Everywhere I went, I had a chance to practice and throw,” said Murdock, who was recently listed as a possible breakout prospect by Baseball America. “I was very grateful for that.”

Lynch and Murdock eventually reported to instructional leagues — postseason camps designed for prospects to continue their development — and carried their progress into the fall and winter.

“It was just a fun time being able to use the things I had learned,” Murdock said. “It all kind of played out perfectly... It really was just like a burning example of the hard work that went into that quarantine break.”

Both received an invitation to big league camp for spring training in Surprise, Ariz., which was a first for Murdock.

Lynch struggled in two early outings out of the bullpen before getting his first start of the spring against the Cubs on March 13. The command he spent all of 2020 working on was displayed: He struck out five batters — including two punch-outs of All-Star catcher Willson Contreras — and walked none.

“I think I improved for this season more than I have from the past two minor league seasons combined,” Lynch said.

The major league season is set to begin Thursday, but the Triple-A season will start April 6, and lower levels will have to wait until May 4. Lynch last pitched in the minors for the Quad Cities (Iowa) River Bandits in High-A, but a likely landing spot for now could be the Double-A Northwest Kansas Naturals. A call to the major leagues is right around the corner.

Murdock, on the other hand, has yet to pitch in a professional league higher than rookie ball, so he doesn’t have any expectations of where he will end up as he takes the mound this summer. In the meantime, he’s happy to pitch, watch and take notes, and he’s ready for wherever he ends up.

“Being here and facing some big league hitters I think will prepare me for some of these higher levels that I could end up going to,” said Murdock, 22. “I’m excited to be here and excited that I feel strong and I feel healthy and I’m ready for a season.”

One thing is assured: After a year away, both are excited to add new lines to their baseball cards.

The Washington Football Team has promised a rebranding in early 2022, and has begun surveying season-ticket holders about potential new names.

The case is named Snyder v. Allen, and was filed in the Central District of California.

Kevin Harvick is heading into this weekend still seeking his first victory of 2021, but teaching his kids about the sport has reminded him of the joy of racing.

New York Rangers sign Glen Allen's Zac Jones; he could become the first Richmonder to play in the NHL

Jones, age 20, won the NCAA hockey title earlier this year with UMass, continuing a decorated career that has included playing for Team USA.

He said he’d previously thought about someday taking over the track, but couldn’t make financial sense of being an owner-operator. "I don’t mind losing a little money, but I’m not going to lose a ton of money."

Richmonder Russell Wilson and his wife, Ciara, will host a star-studded television special on Sunday aiming to promote COVID vaccinations in the United States.

Sammis Reyes is attempting to follow in the footsteps of VCU's Mo Alie-Cox, who also never played high-level football before joining the NFL.

Fans could be placing bets from inside the stadium at Washington games as soon as this fall.

Entering Richmond, the Toyotas are once again red hot in the NASCAR Cup Series

Former Virginia pitcher Daniel Lynch, a former Douglas Freeman standout, is ranked as the 17th-best prospect in baseball and the top prospect in the Kansas City Royals’ system by Keith Law of The Athletic.

Former Virginia pitcher Noah Murdock, a former Colonial Heights standout, was a seventh-round pick in the 2019 baseball draft. The Royals prospect has yet to pitch in a pro league higher than rookie level. 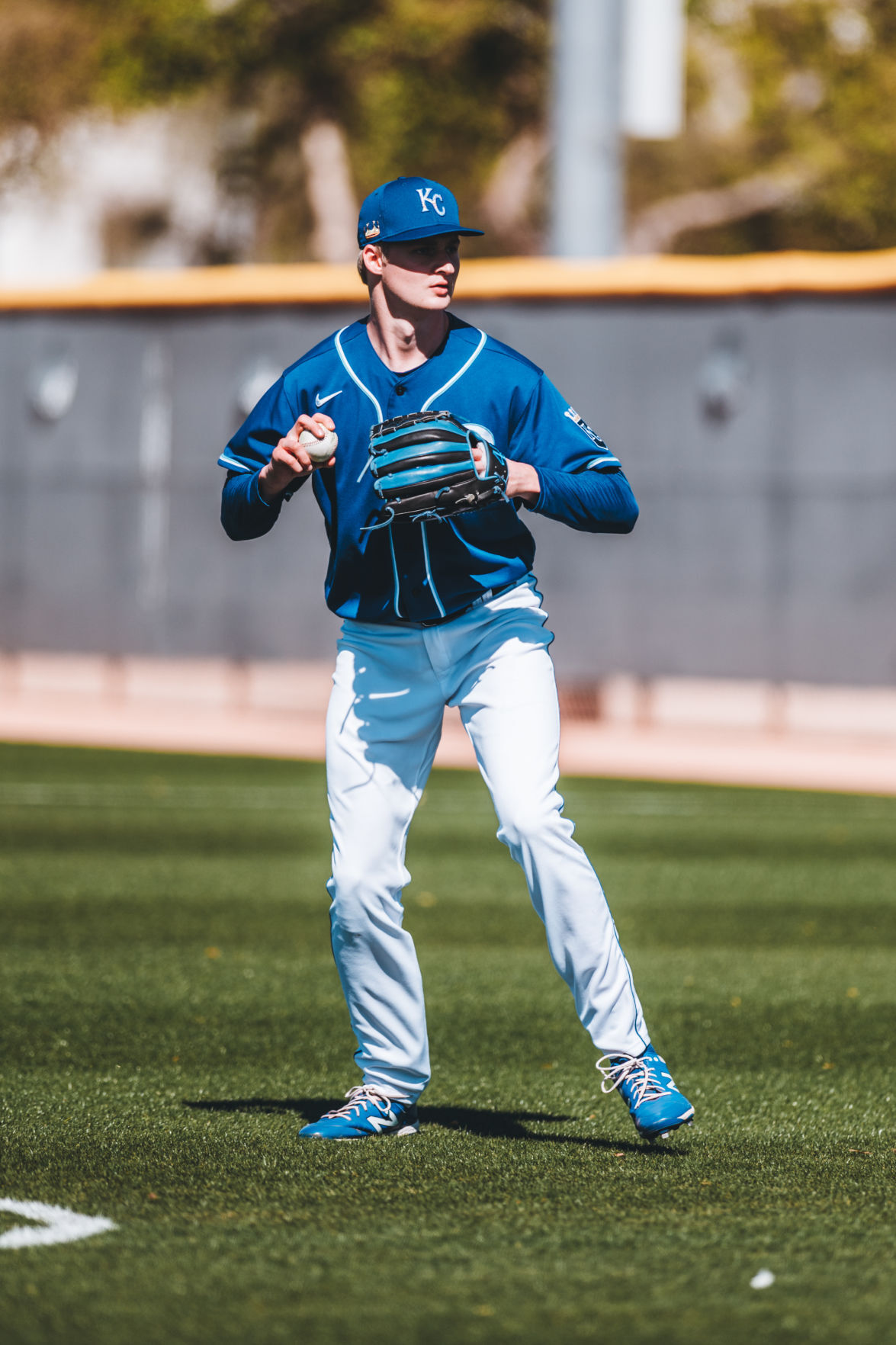 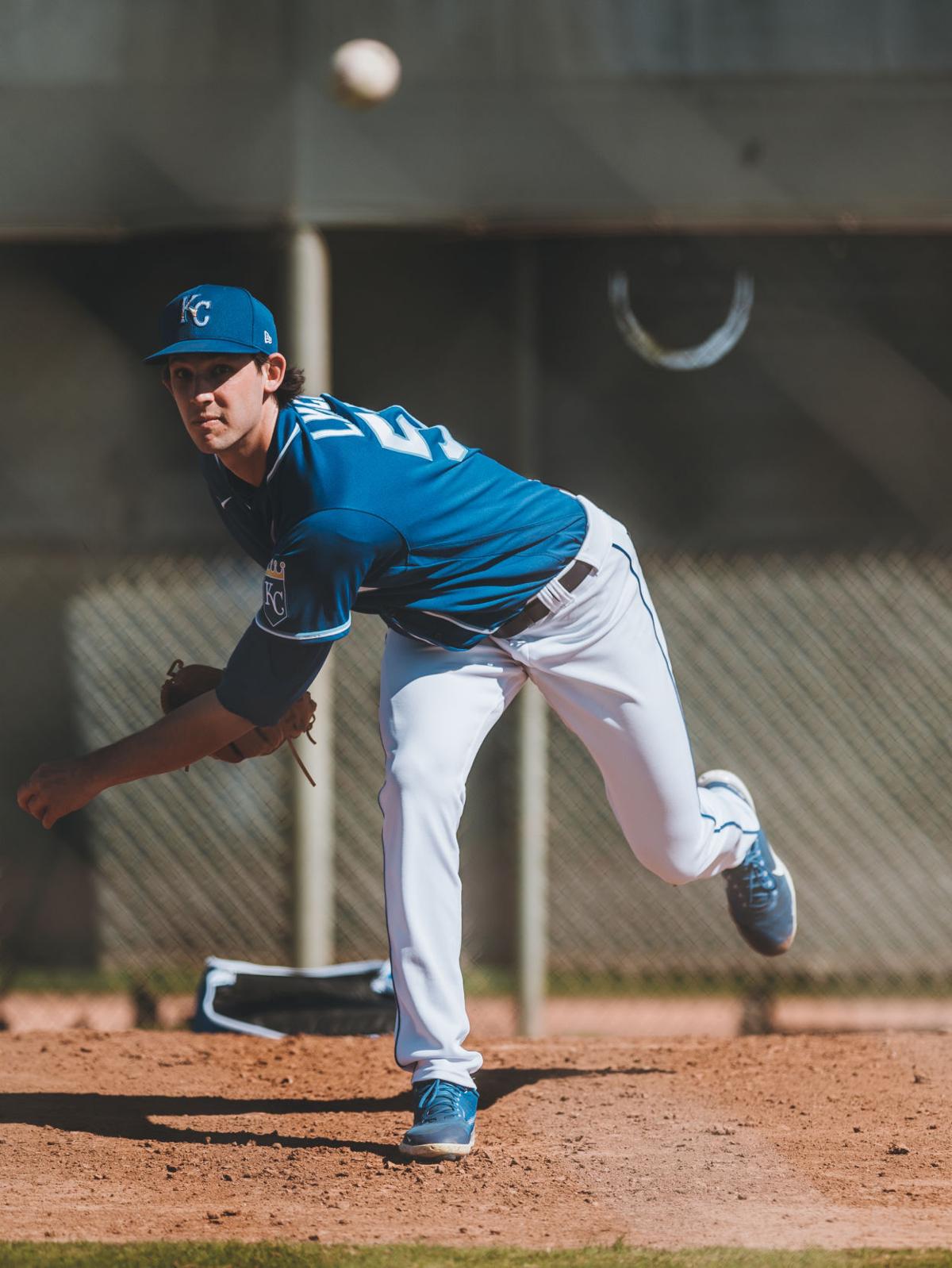