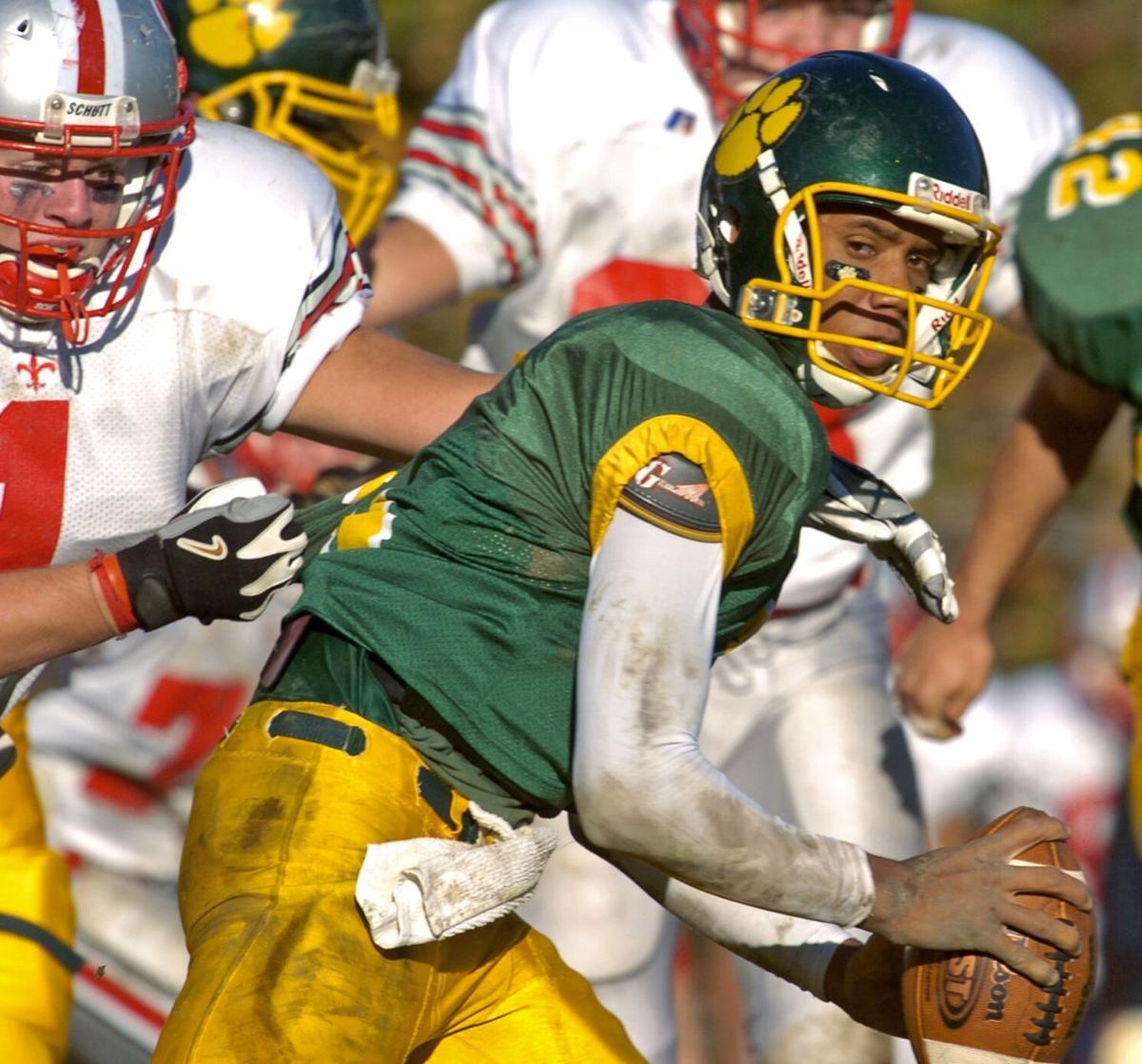 Collegiate quarterback Russell Wilson in a game on Saturday, November 6, 2004 against St. Christopher’s. 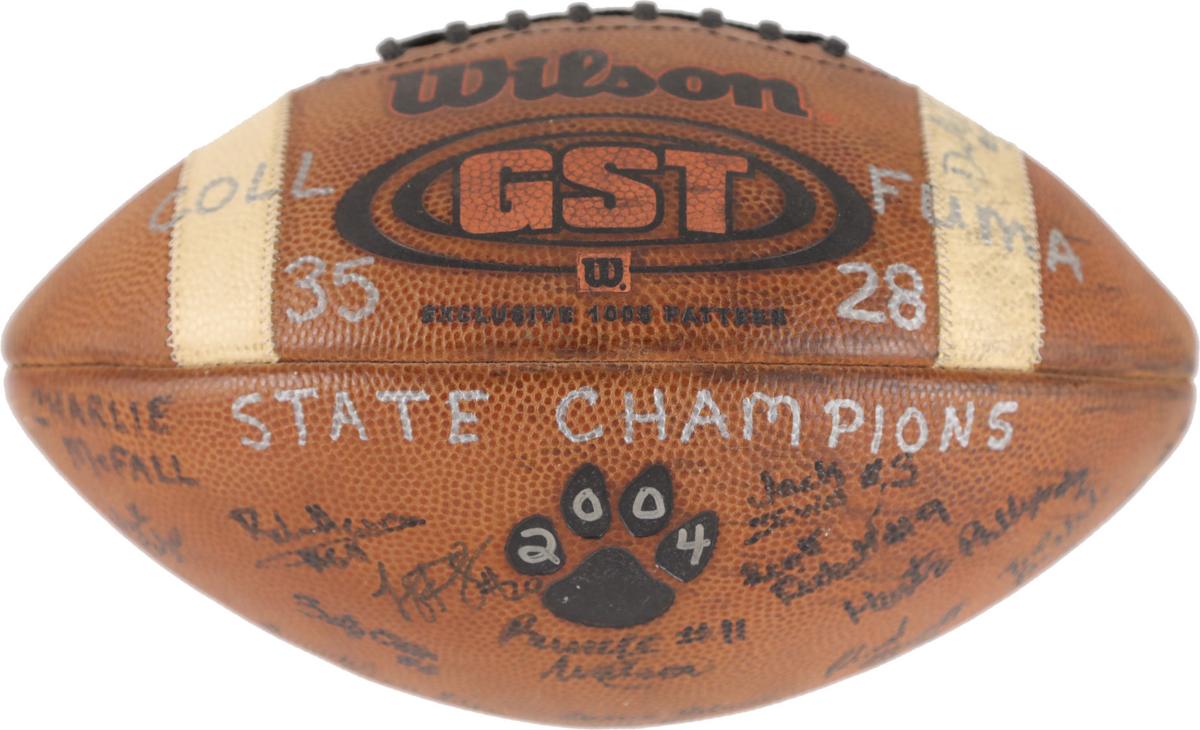 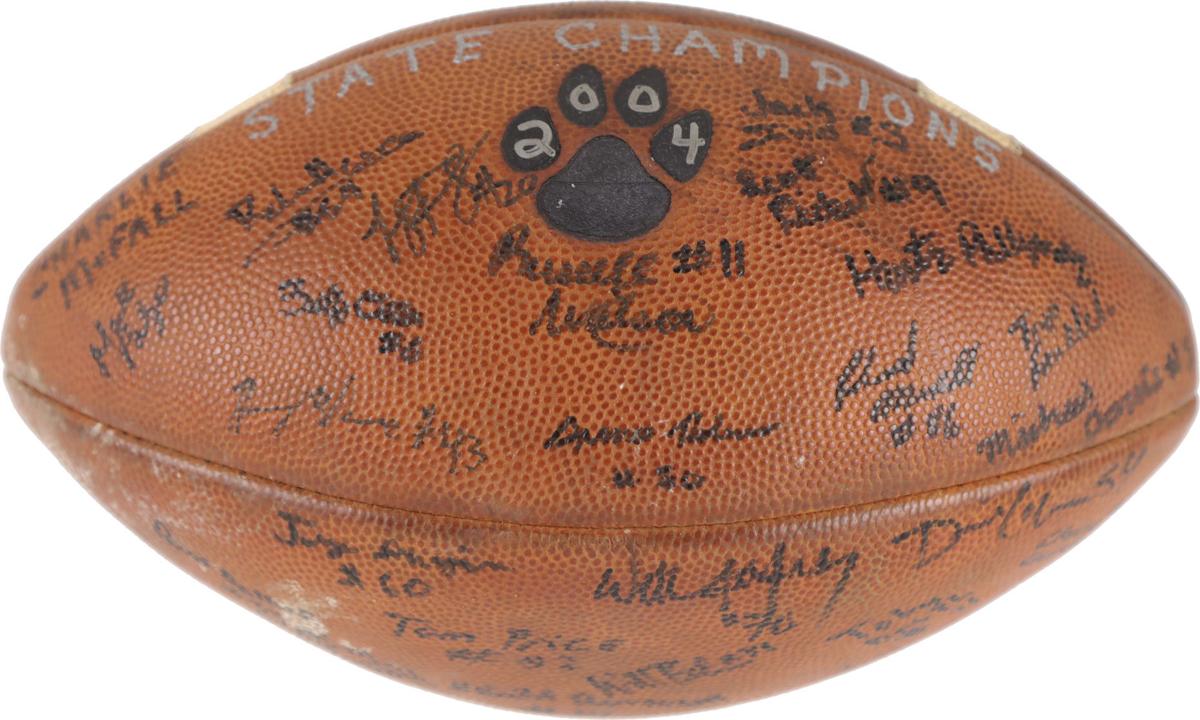 Wilson’s signature is below the paw print.

A signed football from Collegiate’s 2004 state title game victory over Fork Union is being auctioned this week.

The ball is notable because it has the signature of then-sophomore quarterback Russell Wilson, who was just beginning his ascent. Wilson is now known for his many NFL accolades with the Seattle Seahawks, where he won a Super Bowl title and in February was named the NFL’s Walter Payton Man of the Year.

The football is being auctioned by Lelands auction house, and as of Wednesday afternoon the bidding was at $1,100, but nine days remained.

Wilson’s signature is his full name and number, which is different from the abbreviated version he signs with today.

A spokesman for Leland’s said the consignor would like to remain anonymous, but he was a lower school (elementary) student at the time, and his parents purchased the football at a school fundraiser shortly after the game.

The fundraiser included the football and the opportunity to have lunch with the football team captains, which he described as an “unforgettable experience.”

Wilson was a two-time Times-Dispatch All-Metro player of the year at Collegiate before heading to N.C. State and later Wisconsin for college.

The offer means other teams can sign the tight end, but they would have to give the Colts a second-round draft pick as compensation.

Collegiate quarterback Russell Wilson in a game on Saturday, November 6, 2004 against St. Christopher’s.

Wilson’s signature is below the paw print.