Russia to annex 4 regions of Ukraine on Friday, Kremlin confirms 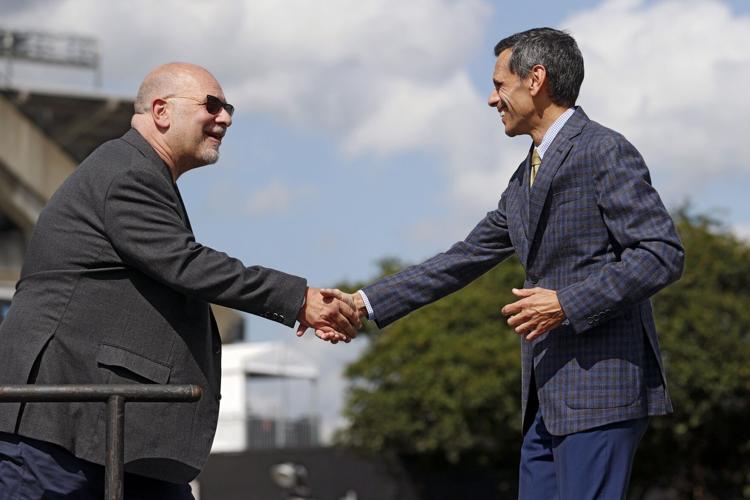 Lou DiBella, president and managing general partner of the Richmond Flying Squirrels, was introduced by VCU President Michael Rao during a press conference Tuesday at The Diamond. 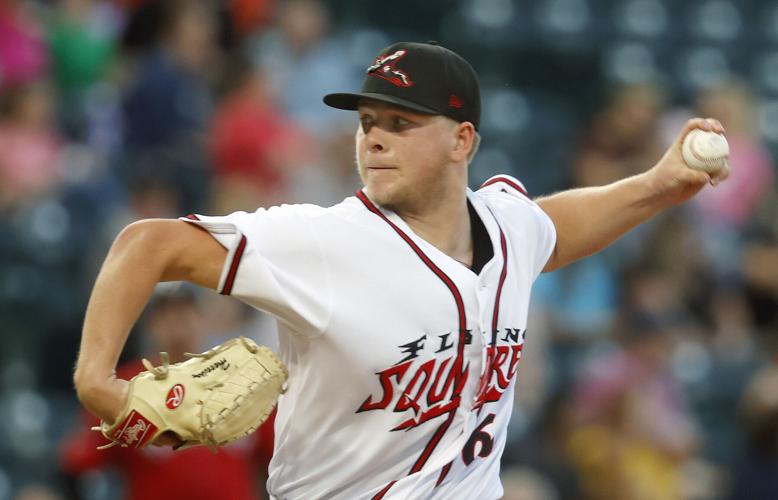 Richmond’s Kyle Harrison, one of the Giants’ top prospects, allowed one run on four hits in five innings in Wednesday’s 5-3, 11-inning home loss to Erie. 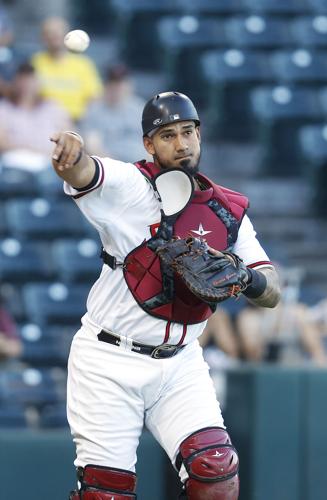 Squirrels catcher Ricardo Genoves threw to first base during Richmond’s loss to Erie on Wednesday.

Workers elevated by lifts performed maintenance on The Diamond’s concrete support beams Tuesday afternoon. A long fly away, in the stadium parking lot, a crowd of about 100 celebrated this week’s announcement that the city selected a development team for an enormous project.

That two-frame image reflects the transformation ahead on North Arthur Ashe Boulevard, where the $2.4 billion Diamond District development is scheduled to feature a new ballpark as its centerpiece.

Mayor Levar Stoney, City Council members, VCU President Michael Rao, and Lou DiBella, the president and managing partner of the Double-A Richmond Flying Squirrels, were among the heavy-hitters who attended Tuesday’s event in the parking space. A thumbs-up from City Council later this month is still required to officially permit construction of a new ballpark in the Diamond District’s first phase.

There is strong confidence that approval is on the way, which explains Tuesday’s get-together and its jubilant vibe.

“To see as many City Council people that seem to be supporting this right now and the amount of consensus there already seems to be, it’s very hopeful for what’s coming in the next few weeks,” said DiBella, whose team will share the new ballpark with VCU’s baseball program.

Todd Parnell, the Flying Squirrels CEO, referred to the announcement of RVA Diamond Partners as the development team as “another major positive step forward for the future not only of the Flying Squirrels, but the 67 acres that we sit on right now.”

That’s the Diamond District, a mixed-use/mixed-income neighborhood surrounding the ballpark. The Diamond’s successor will rise just south of The Diamond, which opened in 1985 and is obsolete by minor-league stadium standards. The absence of a new ballpark — current scheduled opening, 2025 — would have led Major League Baseball to move the Flying Squirrels from Richmond to someplace that had an acceptable facility, or was willing to construct one.

DiBella shifted the franchise to Richmond on Sept. 23, 2009, with the understanding that steady progress toward a new stadium would take place. The Atlanta Braves’ Triple-A team left Richmond following the 2008 season, and resettled in Gwinnett, Ga., because of dissatisfaction with The Diamond.

Randy Mobley, the Triple-A International League president when the team relocated, said: “If there were a facility that the Atlanta Braves and the International League found acceptable, we would never have left. Leaving Richmond had zero to do with the market. In our humble opinion, we think Richmond is a fine baseball market.”

DiBella agrees. That’s why Tuesday night at The Diamond, where the Flying Squirrels were playing, he listed his feelings as “relief, happiness and gratitude … It took a long time to get here.

“Right now, I’m feeling like a big exhale, and to be part of something bigger than we are … This has been our home for 13 years. We believe in the Diamond District. We watched expansion of Richmond and the development of Richmond that sort of moved closer and closer to our ballpark.

“I believe this area can be built into something special, a diverse area that serves all the people of the city, mixed use. It just seems to me to be a very sensible plan.”

The Flying Squirrels have been a San Francisco Giants affiliate since their arrival for the 2010 season. Let the speculation begin about the Washington Nationals now seriously exploring Richmond as home for their Triple-A affiliate, a move that would make geographic sense for the Nats in regard to player movement, and increase Flying Squirrels’ interest in the Richmond area.

Washington’s Triple-A team is based in Rochester, N.Y., and when the Nationals in past years investigated the possibility of Richmond as an affiliate city, they were discouraged by the condition of The Diamond.

MLB makes change-of-affiliation calls based on numerous factors, with geographic proximity near the top of the list.

Erie 5, Flying Squirrels 3: Josh Crouch hit a two-run home run to highlight a three-run 11th as the SeaWolves beat Richmond at The Diamond.

The Flying Squirrels’ Diego Rincones tied the game at 2 in the bottom of the eighth inning on a towering home two-run homer to left field.

Richmond starting pitcher Kyle Harrison, the Giants’ No. 2 overall prospect, allowed one run over five innings and struck out five.

The halftime score, 24-0, was reminiscent of last week's 22-0 deficit in Detroit.

Robinson, who was shot twice in the leg, could return for Washington's Week 5 game.

The Washington Commanders have only a smattering of tickets remaining for Sunday's game against the Philadelphia Eagles, as anticipation builds for Carson Wentz's first game against the team where he rose to NFL prominence.

"It wasn’t my best day ever, but it was the best I could do today."

Midlothian runner Keira D'Amato is the favorite at Sunday's Berlin Marathon, where no American has won the major event

"I am seeing hints and signs in my workouts that the best is yet to come."

'We've looked at it; we've figured it out; we've addressed it': Commanders seek improvement as Cowboys await

Washington coach Ron Rivera said things are under control in Ashburn, a day after a 24-8 shellacking by the Philadelphia Eagles.

First Cowboys-Commanders clash a big one for Washington, which will wear all black as it seeks to avenge last year's ugly loss

Star receiver Terry McLaurin has one first-half catch so far this season.

Hallman: Trip to Talladega comes at a bad time for NASCAR

Just because the Cup Series has gone almost 22 seasons since a driver was killed in one of those crashes, the sport is not all fun and games.

Lou DiBella, president and managing general partner of the Richmond Flying Squirrels, was introduced by VCU President Michael Rao during a press conference Tuesday at The Diamond.

Richmond’s Kyle Harrison, one of the Giants’ top prospects, allowed one run on four hits in five innings in Wednesday’s 5-3, 11-inning home loss to Erie.

Squirrels catcher Ricardo Genoves threw to first base during Richmond’s loss to Erie on Wednesday. 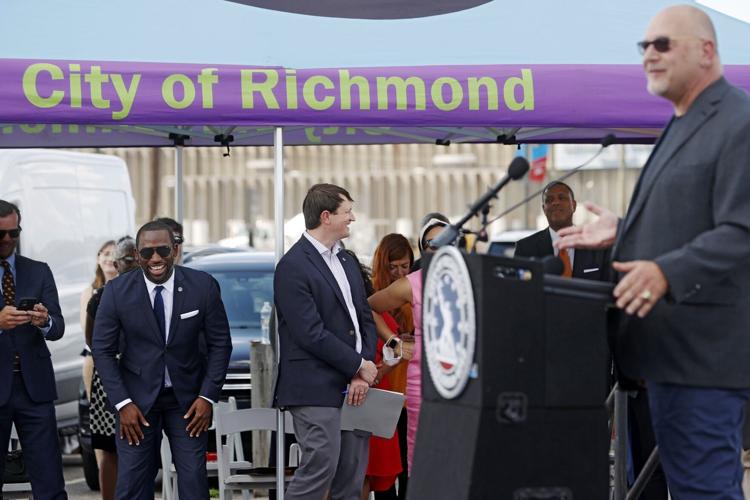