Squirrels' Lou DiBella: 'We need to be playing in a new stadium no later than 2025. Period.'
0 Comments
Share this
1 of 7 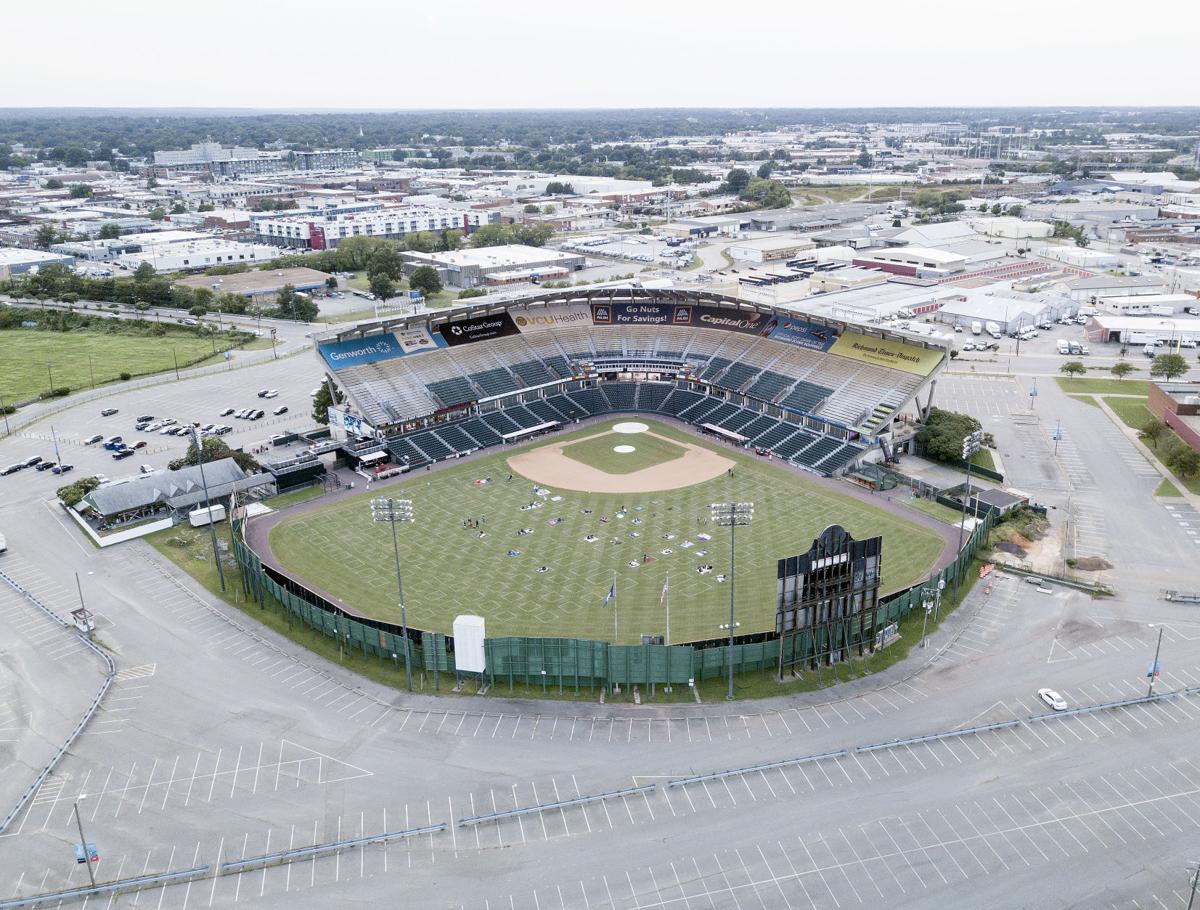 According to Richmond 300, a city government organization, VCU and the Squirrels are collaborating to build a ballpark next to The Diamond. 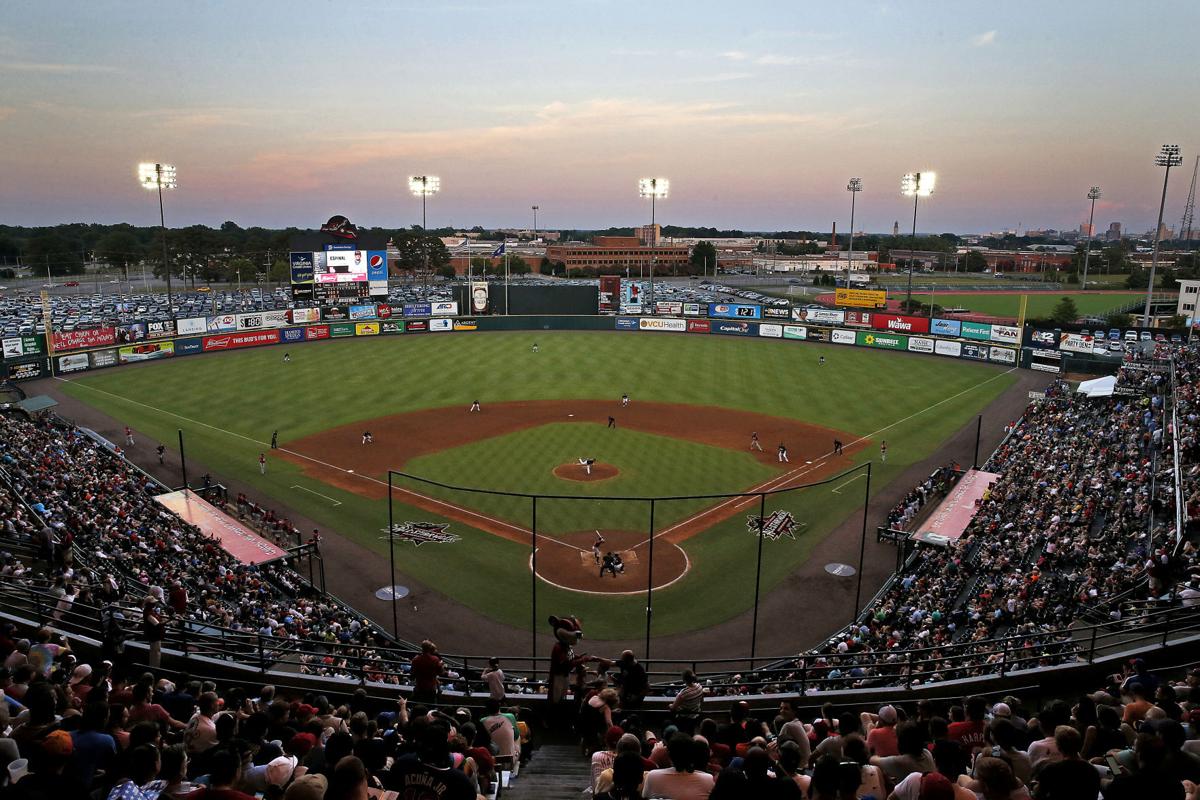 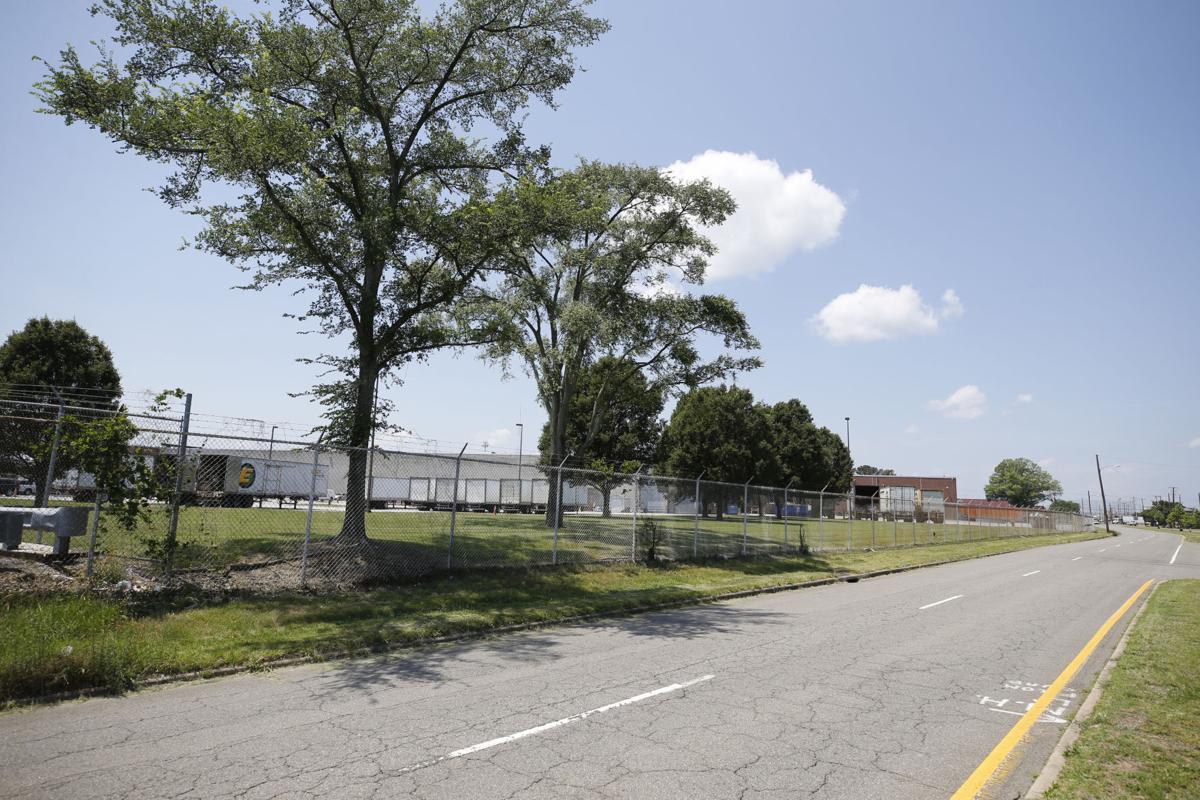 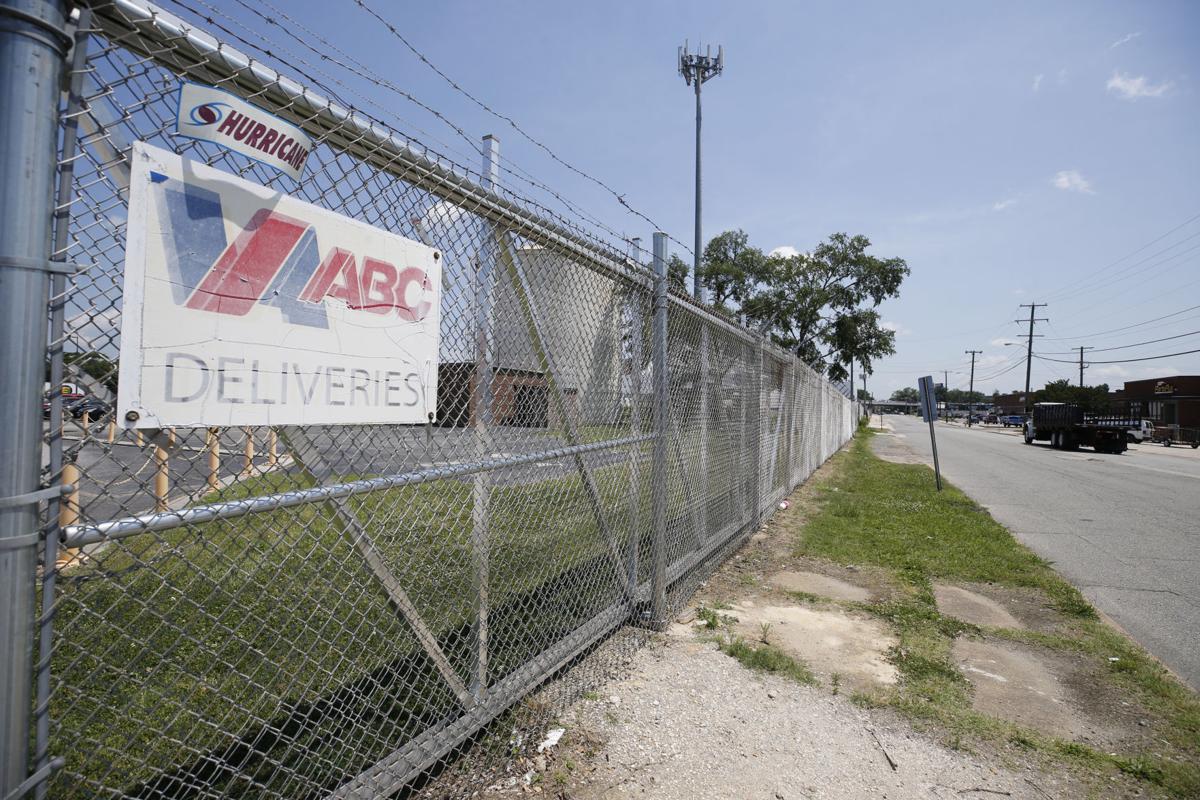 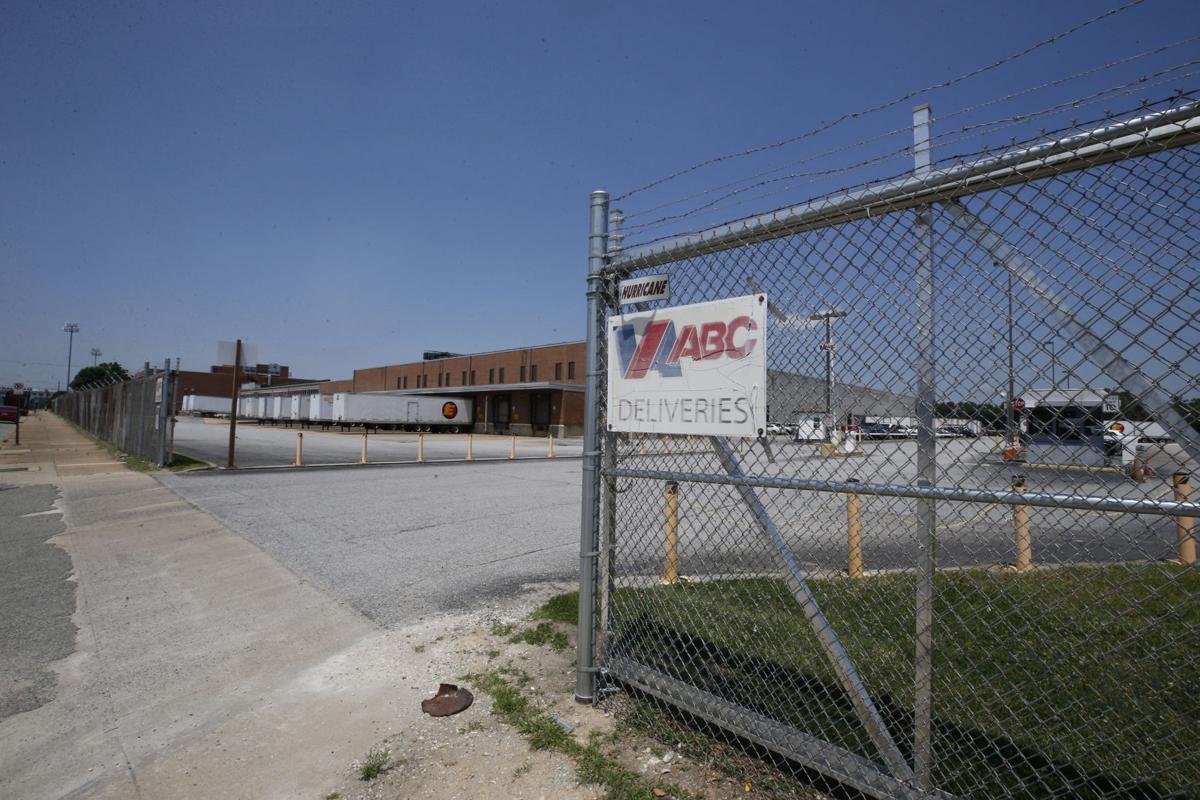 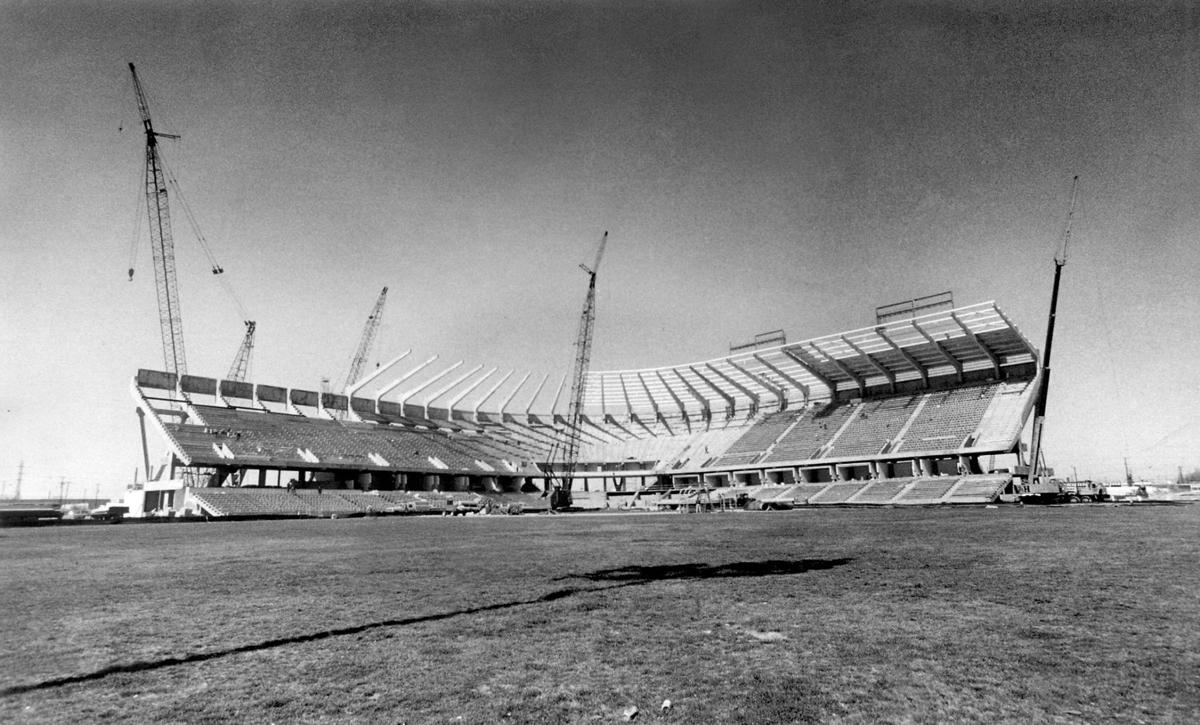 The Diamond was in the late stages of construction in March 1985. After eight months of work, the 12,500-seat stadium opened a month later for the start of the season for the Triple-A Richmond Braves. 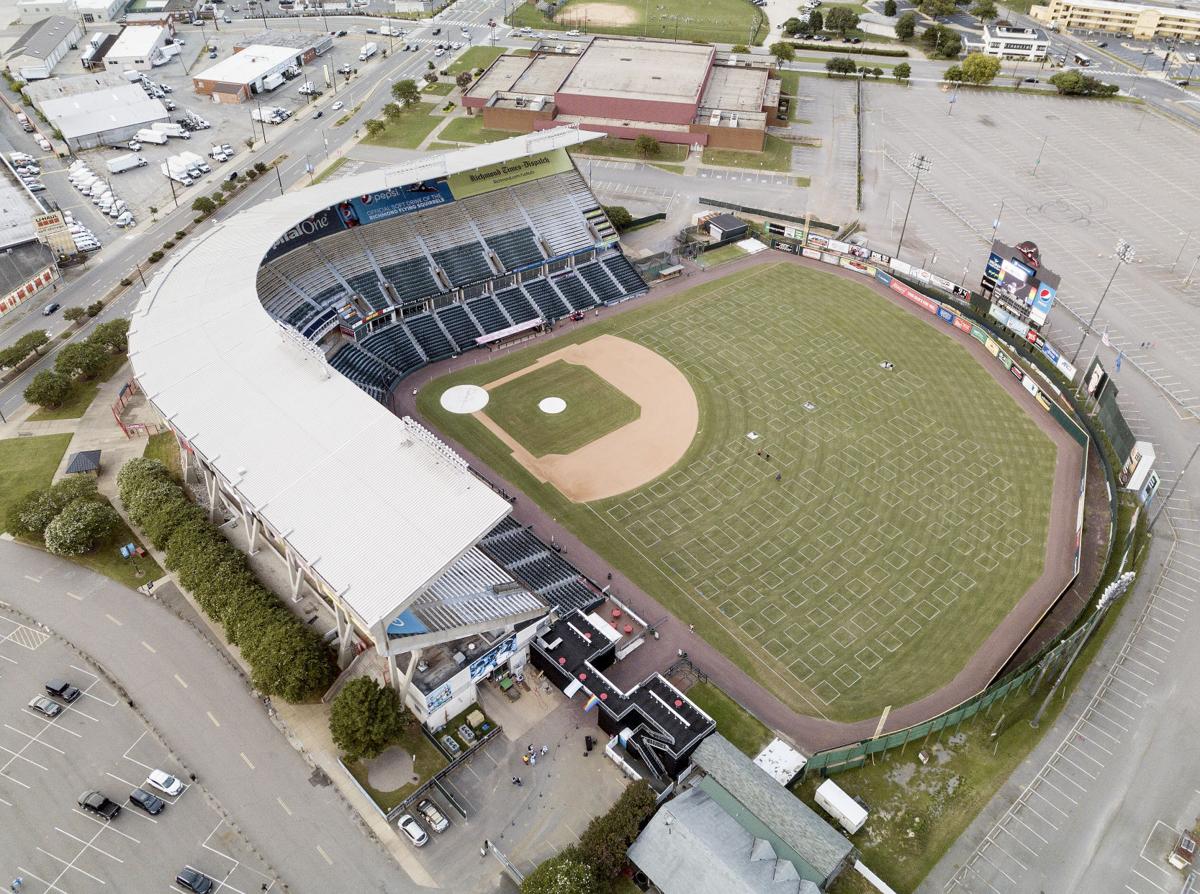 Aerial photo of The Diamond, a baseball stadium, in Richmond, VA, on September 15, 2020. Boxes were drew to keep a social distance for a movie night at the stadium. Minor league baseball games were canceled last season because of COVID-19.

The pandemic stopped or delayed plenty, but not plans for a new ballpark, according to Lou DiBella, the president of the Richmond Flying Squirrels. He wants his team in a new stadium by 2025, and he believes that can happen.

“I think positive momentum continued under the worst circumstances,” DiBella said during the Flying Squirrels’ season-opening homestand, which began Tuesday and closes Sunday. “I’m pleased in the direction we’re heading.”

Virginia Commonwealth University and the Double-A Flying Squirrels are collaborating on the construction of a ballpark along Hermitage Road on property adjacent to The Diamond. The organizations would share the stadium, projected as the centerpiece of the VCU Athletics Village, which will also include a tennis complex, a track, a soccer stadium, practice fields, a field house and parking, according to Richmond 300, a city government organization that provides a guide for growth leading into Richmond’s 300th birthday in 2037.

“We need to be playing in a new stadium no later than 2025. Period,” DiBella said. “I’m more optimistic than I’ve ever been that’s happening. I think everybody knows the stakes, and I don’t think anybody wants us to go anywhere.

“So I think the timing is right. It needs to be right. There is no alternative.”

The team arrived in Richmond in September 2009, and there’s more urgency involved now with the ballpark issue. Major League Baseball assumed control of the minors during the offseason and set new facility standards for minor league ballparks. Failure to comply could lead to expulsion from affiliated baseball.

Speaking of MLB executives involved in control of the minors, DiBella said, “I think they desperately want a new stadium in Richmond and for baseball to be in Richmond for the foreseeable future.”

The Diamond, which opened in 1985, lacks many of the new requirements: spacious clubhouses, coaches’ rooms, a lounge, a kitchen and dining area, modern strength-and-conditioning areas, indoor batting cages, a video room, and quarters for female staffers. Adding those things at The Diamond is financially impractical, given the facility’s age.

MLB did not mandate that all minor league ballparks comply in 2021, but it expects progress toward compliance during a three- or four-year stretch. From the time construction of a new ballpark begins, a minimum of 18 months is likely until a structure rises at approximately the current site of Sports Backers Stadium, according to the Richmond 300 master plan.

Minor league baseball teams did not play in 2020 because of the pandemic.

“We had to furlough people. We had to lay people off,” DiBella said. “We still had people working, way beyond the hours I expected them to work and they were required to work, or paid to work, because they wanted the Squirrels to be seen all around this community.

“They did a lot to continue to show our neighbors that we’re good neighbors.”

Relocation to Hanover County of Virginia’s Alcoholic Beverage Control Authority headquarters on Hermitage Road behind The Diamond’s outfield walls is among the major steps in the plan to reshape the area. The complete ABC move may not be executed until early in 2022. VCU has acquired land, adding to the ABC parcel it will purchase from the state.

Jim Nolan, the mayor’s press secretary, in a January response to a Richmond Times-Dispatch inquiry about a potential announcement of a new ballpark, wrote, “The city is working with VCU and expects to have more to say on any potential development closer to springtime.”

Said DiBella: “I’m expecting that things will be announced in the not-so-distant future.”

The Diamond was built in eight months for $8 million. DiBella believes the arrival of the Flying Squirrels and the upgrades the franchise made to The Diamond helped promote growth in Scott’s Addition, which has undergone an enormous transformation in the stadium’s vicinity during the last decade.

With a new stadium, Richmond could put itself in position for a return to Triple-A, the level at which it played before the Flying Squirrels (an affiliate of the San Francisco Giants) came to town, and potential affiliation with the Washington Nationals. That organization twice explored the possibility of affiliating with Richmond in the past 12 years and passed both times, largely because of The Diamond’s condition.

In Virginia governor's race, the Washington Football Team is an early winner as it continues stadium hunt

Both candidates are open to building the new stadium in Northern Virginia, which will ensure at least one additional bidder as the team seeks the best deal possible.

This is what Ronnie Elder did in the latter days of his long illness, just a few weeks before his brief time in hospice care.

"I may die of Covid, but I'd rather die actually living," Bills receiver Cole Beasley wrote in a letter posted to social media. "... My way of living and my values are more important to me than a dollar."

PHOENIX — Devin Booker sat in a chair with a crooked and swollen nose, complete with tape over three fresh stitches.

According to Richmond 300, a city government organization, VCU and the Squirrels are collaborating to build a ballpark next to The Diamond.

The Diamond was in the late stages of construction in March 1985. After eight months of work, the 12,500-seat stadium opened a month later for the start of the season for the Triple-A Richmond Braves.

Aerial photo of The Diamond, a baseball stadium, in Richmond, VA, on September 15, 2020. Boxes were drew to keep a social distance for a movie night at the stadium. Minor league baseball games were canceled last season because of COVID-19. 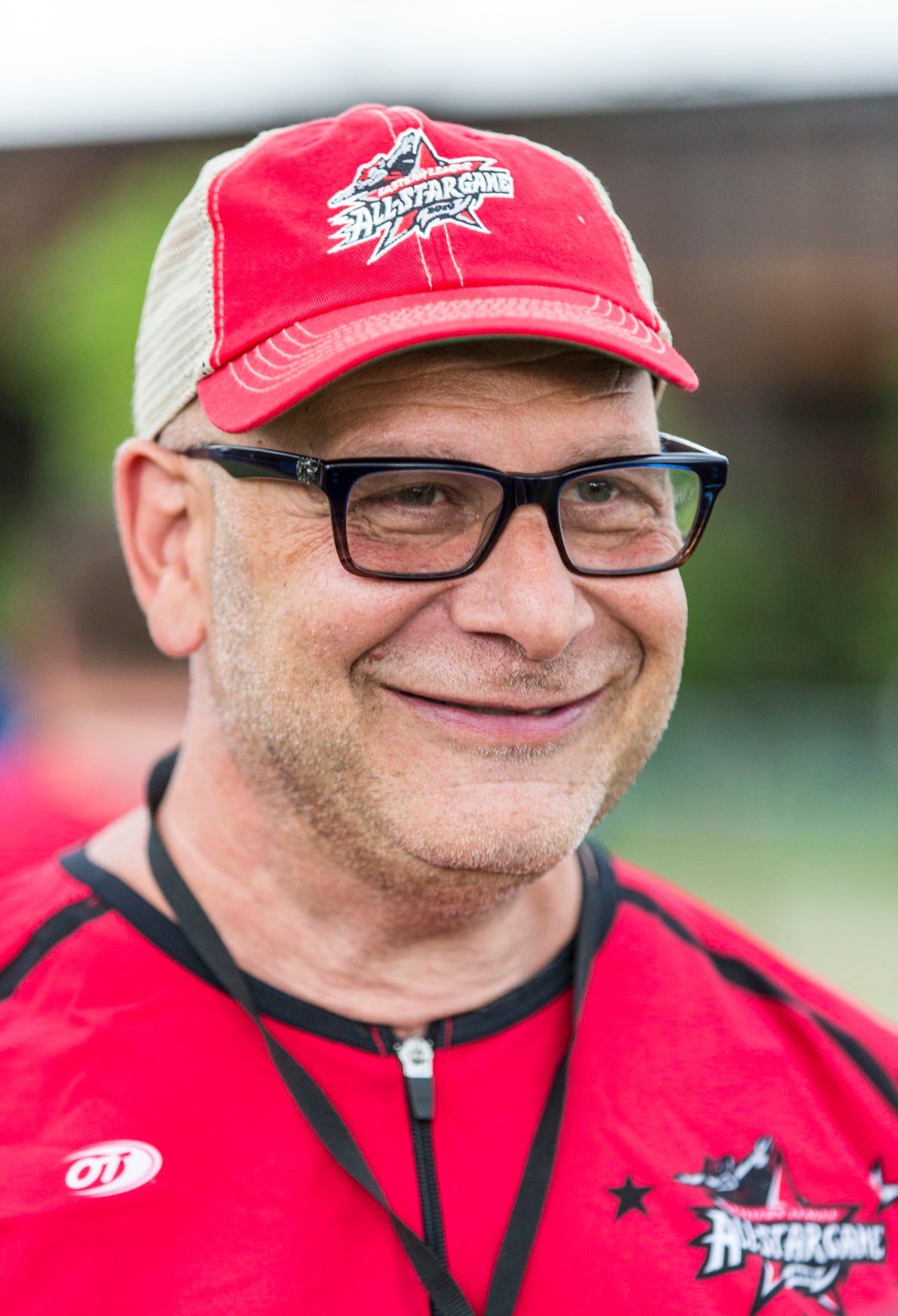