Subscribe
Read Today's E-Edition
Share This
Taylor Heinicke gets one more start Sunday, capping off a season where he finally achieved his NFL dream
0 Comments
Share this

Taylor Heinicke has reached the finish line, and that, by itself, is an achievement for the Washington quarterback.

Heinicke’s story has been well chronicled, how he was close to giving up his NFL dream, and taking math classes at ODU when he finally got his big break in Washington, starting against Tom Brady in last season’s playoffs.

Then this year, when starter Ryan Fitzpatrick was injured in the opening game and former backup Kyle Allen was still nursing an ankle injury, Heinicke got something even better — he became a starting quarterback in the NFL.

Given his history, there was reason to doubt how long it would last. Heinicke had two previous NFL starts and was seriously injured in both of them.

But during the offseason he added 15 pounds of muscle, and his only missed week this season was due to COVID, not injury.

“Not to say I hadn’t been sore,” Heinicke said Wednesday. “I’m really sore right now. It definitely feels like Week 18. But just to be here without any major injuries, it’s a big step.”

Heinicke will get the final start on Sunday against the New York Giants and acknowledges that the preceding 18 weeks have been everything he’s worked toward his whole life.

“As hard as this season’s been, the roller coaster of ups and downs and COVID, injuries, off-the-field stuff, it’s been a dream come true,” he said. “I’ve wanted to start in this league since I was born. I wish it kind of went a little bit differently, but there’s a lot to learn from. Hopefully I’m here in the coming years.”

Offensive coordinator Scott Turner vouched for that part, telling reporters this week that “Taylor’s gonna be here” in the future.

It’s unlikely that means Heinicke will be the starter, nor do his numbers suggest that there will be a stampede of interest to trade for his services, but that assurance of a job is something Heinicke has never before had entering an NFL offseason.

Turner chalked it up to the way he earned the respect of his teammates.

“I think whatever people want to say about him, I think no one can deny his toughness, his fight,” Turner said. “The players on the team, they love him, they respect him. All those guys play hard, and play hard for him, and battle for him. Those are the kind of things that I felt like we would see.

“Even the best quarterbacks in the world have bad games, so you’re going to get some of that. To me, it’s how you respond from it, and he’s done a nice job of that.”

His attire Wednesday hinted at another major development that happened along the way — he was wearing a Bud Light hat. The beer company gave him an endorsement deal after he said his agent reached out to Heineken beer without hearing back.

Heinicke is under contract to the Football Team for next year with a $1.5 million base salary, and another $750,000 next year if he’s active for every game (whether or not he starts).

He was asked if it would be weird to go from starter to backup after 16 games under center.

“Whatever my future holds. If it’s backup, if it’s starter, I’m happy either way,” he said. “I just want to be in this league playing football.

“But it is going to be weird if I’m a backup after going through this year, kind of preparing and playing and all the reps you’re getting and then kind of taking a step back, it would be weird. It’ll be different and yeah, starting definitely feels normal now, but at the same time, I’m just trying to help the team as best as I can in whatever position I’m in.”

Heinicke ends the season with another distinction — he is the quarterback who played the most games for Washington in the “Football Team” era, which will end in February.

“When I wasn’t playing, it was like, ‘What team would you want to play for?’” Heinicke remembers being asked. “And it’s like, well, you don’t want to play for the team with no name. And here we are.”

He laughed. “You just want to be on a team and play football.”

Hermitage's Will Adams signing with Commanders as undrafted free agent

Adams, a safety who starred at Virginia State, received an invitation to the team's post-draft rookie minicamp.

The Washington Commanders schedule for the 2022 season was released on Thursday night.

After two-year absence, drag racing's best return to the region this weekend for NHRA Virginia Nationals

Richmond catcher Brandon Martorano collected a double and a triple among three hits.

Was NASCAR’s Cup Series 400-miler at Kansas Speedway last Sunday a terrific race, or was it a laughable mess? The answer: in a word, yes.

LOS ANGELES — The Los Angeles Dodgers have placed Clayton Kershaw on the injured list with inflammation in a pelvic joint. 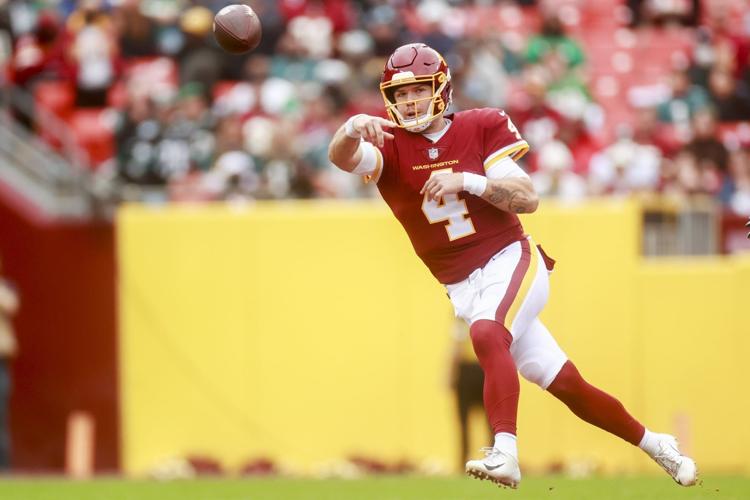 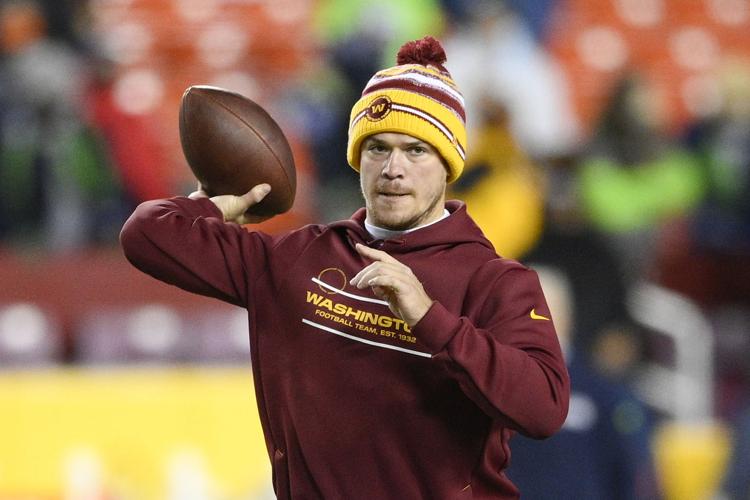 Taylor Heinicke has thrown for 3,299 yards, with 20 TDs and 15 interceptions.