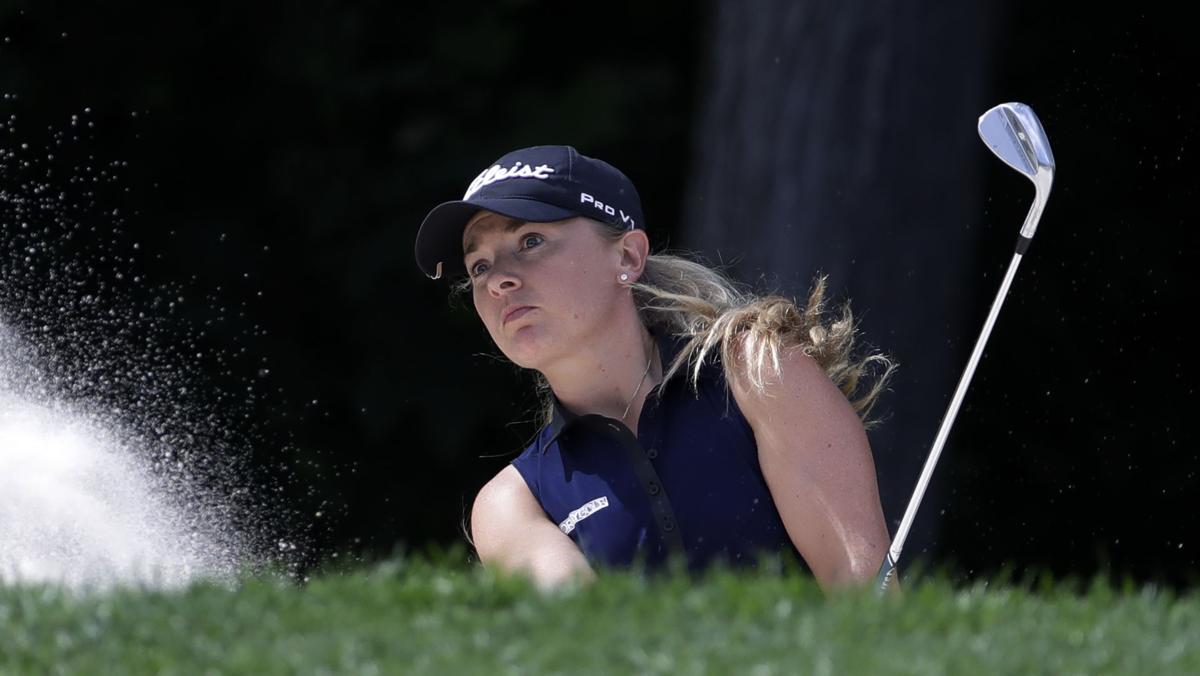 Bronte Law hits out of the sand on the sixth hole during the first round of the Marathon Classic LPGA golf tournament Thursday, Aug. 6, 2020, at the Highland Meadows Golf Club in Sylvania, Ohio. (AP Photo/Gene J. Puskar) 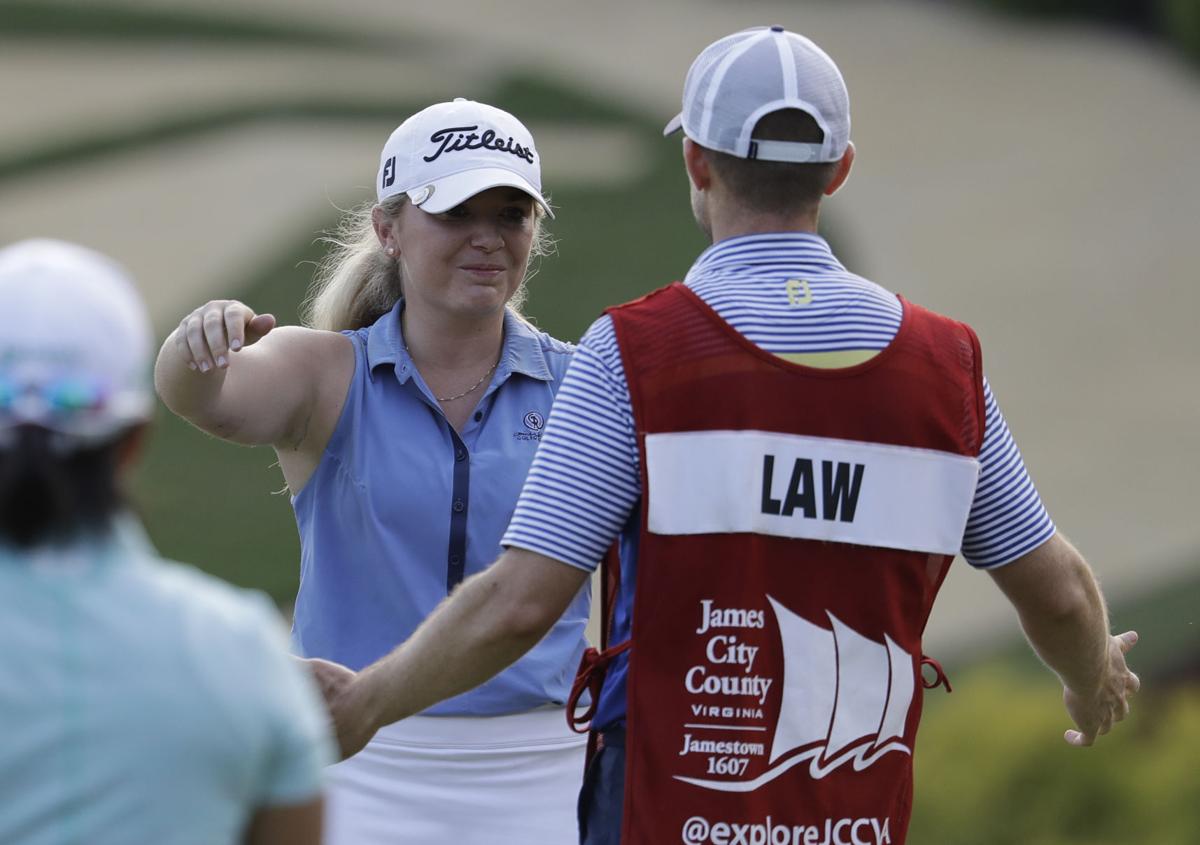 Bronte Law not only earned her first LPGA Tour victory at Kingsmill, but also conquered a top-shelf leader board headlined by Brooke Henderson.

Two years later, the extended absence courtesy of the coronavirus, Law and Henderson are back in Williamsburg for this week’s Pure Silk Championship, their paths similarly admirable but strikingly divergent.

Now, as then, Henderson ranks among the world’s top 10. She is Canada’s marquee female athlete, and her win three weeks ago in Los Angeles was her 10th on tour, a significant milestone at any age, but especially at 23 — Annika Sorenstam cashed the 10th of her 72 big checks on tour at age 26.

Henderson won two tournaments each season from 2016 to 2019, but her one-stroke victory over Jessica Korda last month ended the longest victory drought of her career — 30 events during nearly two years.

“I think the biggest thing I’ve learned is try to enjoy the process as much as possible and stay patient,” Henderson said as she prepared for Thursday’s opening round, “because there’s going to be lots of up and down, that’s the way golf and life is.

“Just really enjoy the good times and know that when you’re going through lower points in your golf game, it’s always going to get better and you just have to take all the lessons that it teaches you, to persevere and to stay tough.”

That “amen” you hear is from Law.

She was 24 when she bested Henderson, Nasa Hataoka and Madelene Sagstrom by two shots to win the 2019 Pure Silk. Fresh off a runner-up finish three weeks earlier, and in only her third season on the circuit, Law figured to use the victory as a springboard.

But that’s yet to transpire. Since collecting Kingsmill’s $195,000 first-place check, she’s finished among the top 10 only once in 37 starts.

“I think I can be incredibly patient when I need to be,” Law said, “and I found that I have been over last … year and a half. Constantly reminding myself of the goals that I have and the necessary things that I need to do in order to achieve those.

“I think like any other golfer out here, there’s obviously times that are tougher than others, but I always try and use those times to better myself and add them all together to kind of make me a stronger, better golfer, and more resilient on the whole.”

Law’s lean times stem from back issues she knew of even while winning the Pure Silk. Eventually the physical therapy sessions became so frequent and the pain so debilitating that Law knew she had to change her swing to put less stress on her spine.

“I’m young,” Law said. “I shouldn’t be having to deal with [back pain], and so since I’ve made those changes, I need much less attention from physios. And that to me kind of speaks volumes. So I just constantly remind myself of why I’m making these changes because the progression is never linear, and there will always be bumps in the road.

“Yeah, I’m just willing to put in the hard work and probably working the hardest I ever have in my career right now. But I’m looking forward to when those results start paying off.”

The good news is Law is able to work, able to spend the necessary hours on the range without feeling, as she said, “broken” by pain.

The tour’s most recent event, two weeks ago in Thailand, offered Law a glimpse of the results. She closed with rounds of 69 and 67 to tie for 34th place, only her second back-to-back sub-70s since her four straight at Kingsmill in 2019.

While Law’s affection for the Pure Silk Championship is rooted in victory, Henderson’s stems from a gesture.

She was 17 and without full-time tour privileges in 2015 when tournament officials granted her a sponsor’s exemption into the field — she tied for 25th. Three months later in Portland, Ore., she won for the first time on the LPGA Tour.

Henderson hasn’t missed a Williamsburg event, or cut, since. Of her 19 competitive rounds on the River Course, only one was over par, and absent a quadruple-bogey 8 on the opening hole of Friday’s second round, she might have won last year’s tournament.

“So grateful that they took a chance on me in 2015 and gave me that exemption,” Henderson said, “and really helped get my career started, and I always love coming back here. It’s so beautiful right on the James River. … It’s really fun to be a part of.”

Bronte Law hits out of the sand on the sixth hole during the first round of the Marathon Classic LPGA golf tournament Thursday, Aug. 6, 2020, at the Highland Meadows Golf Club in Sylvania, Ohio. (AP Photo/Gene J. Puskar) 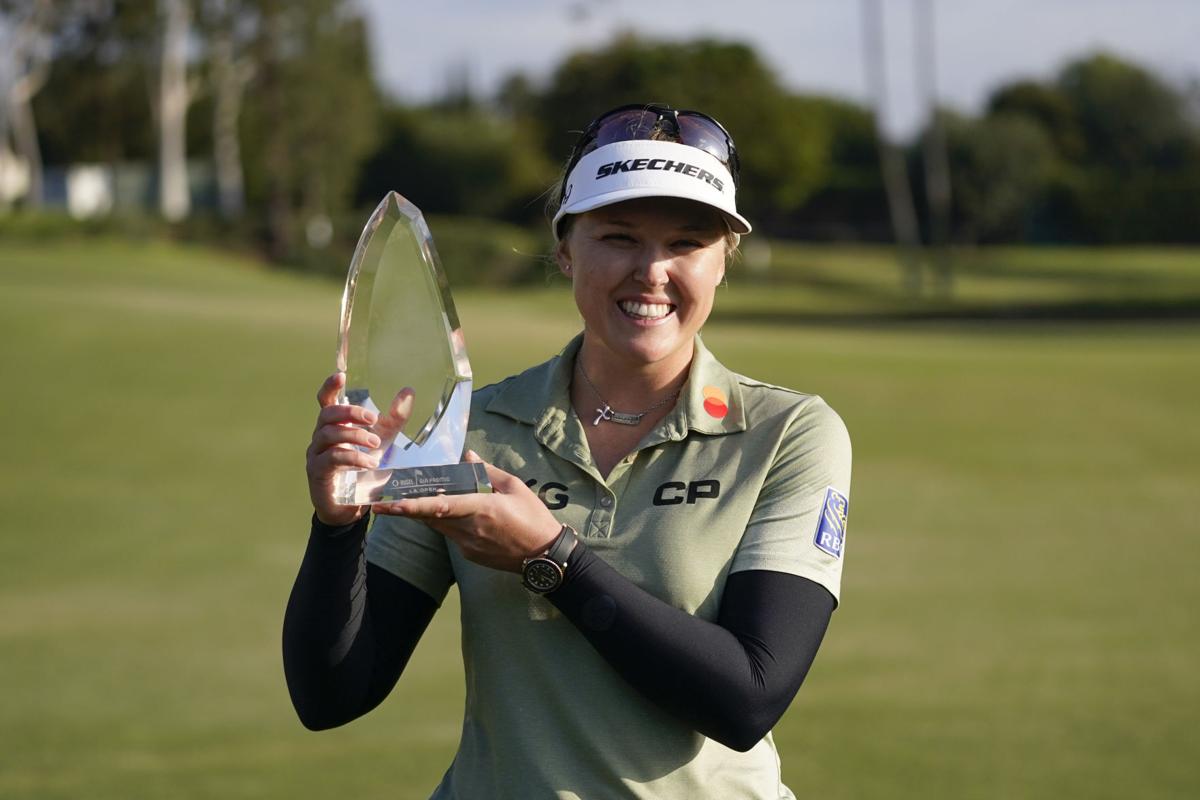 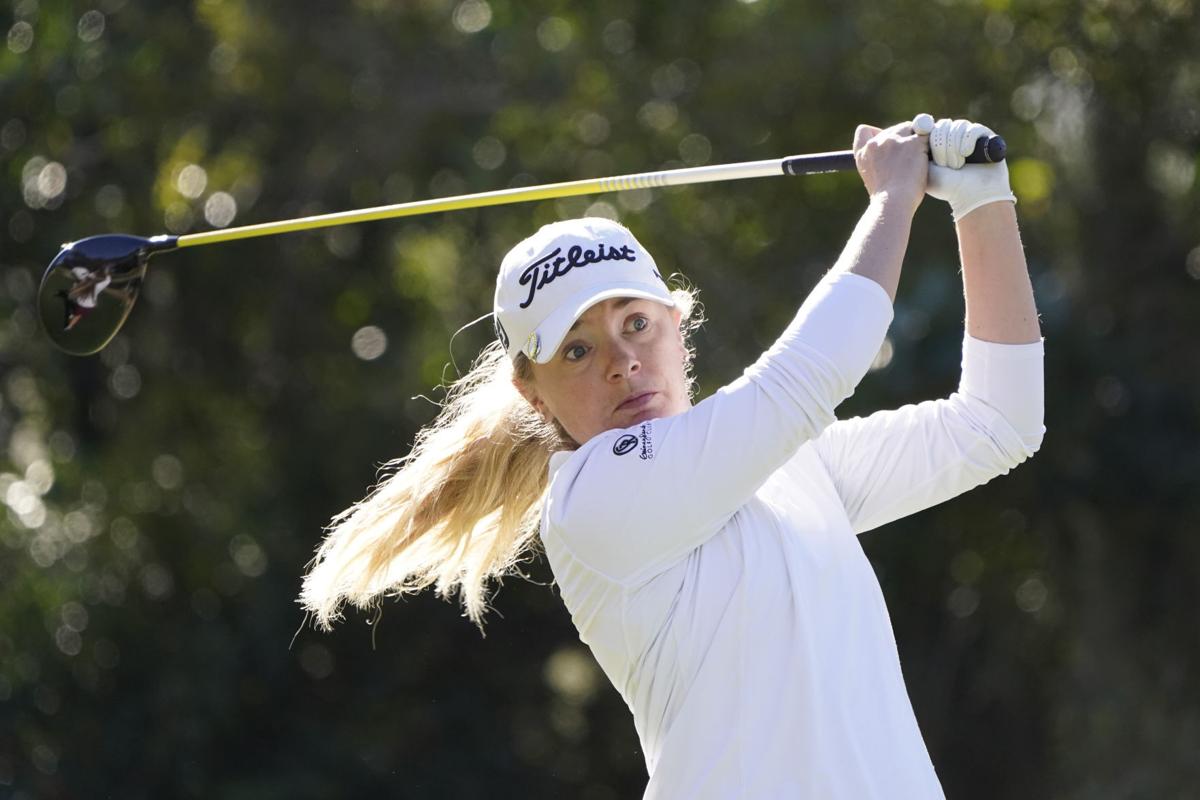