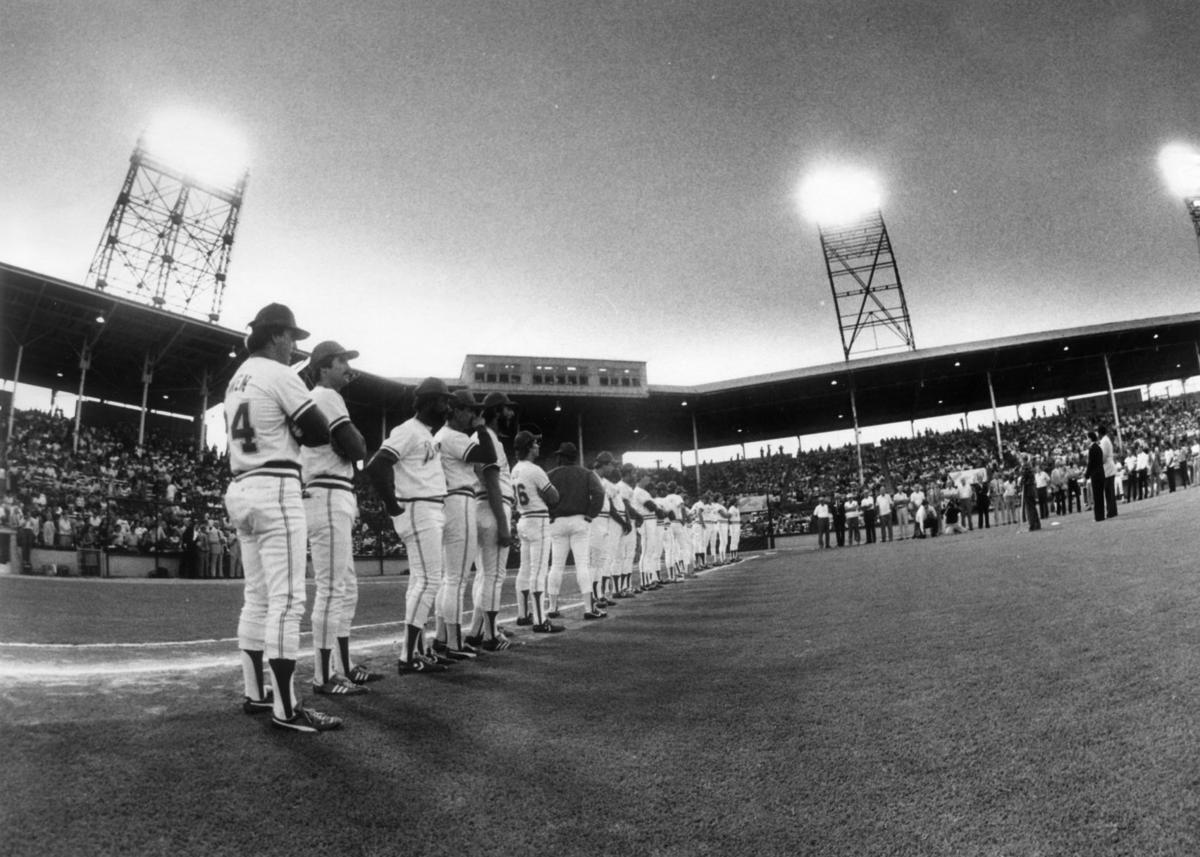 The Triple-A Richmond Braves, shown at Parker Field in 1984, existed during 1966-2008. The franchise moved to Gwinnett County, Ga. 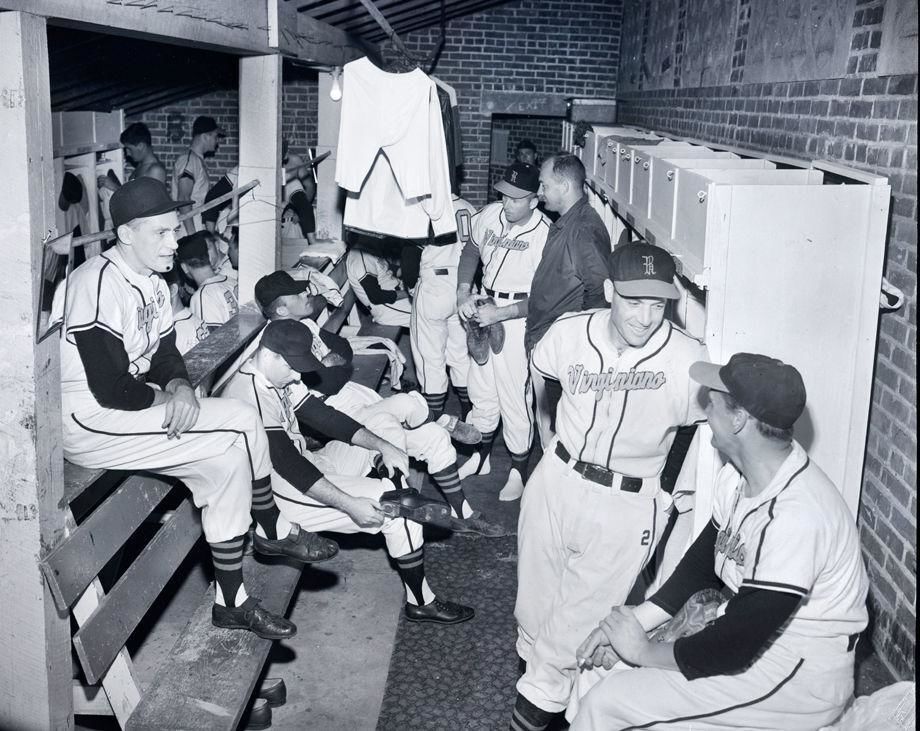 The Richmond Virginians congregated in their clubhouse during the 1956 season. They were the New York Yankees’ Triple-A team from 1956 to 1964.

The Washington Nationals are exploring the possibility of moving one of their minor league affiliates to Richmond. In a way, this is a 10-year-old story.

The Nationals, currently seeking a new home for their Triple-A team that has been based in Fresno, Calif., investigated Richmond as a potential Double-A affiliate in 2010. Stan Kasten, the Nationals president at the time, visited The Diamond in July of 2010 to check out the facility as Washington weighed relocating from Double-A Harrisburg.

Kasten had many concerns about the condition of The Diamond, which opened in 1985.

Ultimately, the Nationals recommitted to Harrisburg and Metro Bank Ballpark, which was undergoing a $45 million renovation. That was a major factor in the Nats’ decision to stay in Harrisburg, the organization’s Eastern League outpost since 1991, when the Montreal Expos were the parent club. That team became the Washington Nationals in 2005.

The Richmond Flying Squirrels, whose first season was 2010, remained affiliated with the San Francisco Giants, a partnership that continued through 2020, though the minor league season was canceled by the pandemic. The Double-A franchise shifted from Connecticut to Richmond in September of 2009, and has been linked with the Giants since 2003.

San Francisco wants its Double-A team back in Richmond, according to the Giants’ player development director, Kyle Haines. Several sources say the Nats are making a pitch for Richmond with the understanding that VCU’s plans progress for a new stadium that the Rams would share with the Flying Squirrels. The ballpark would be the centerpiece of the VCU Athletics Village expected to be built along the Hermitage Road corridor.

In 2010, the Flying Squirrels ownership and management teams were involved in negotiations with the Nats. This time, under a structure new for the 2021 season, Major League Baseball executives will pair organizations and affiliates, with input from big league teams.

The Flying Squirrels, essentially, will be adopted by a parent club assigned to them.

Washington’s Triple-A teams have been in New Orleans, Columbus, Syracuse and Fresno. If the Nats do come to Arthur Ashe Boulevard, the move would mark a Richmond return to Triple-A, in its modern form.

The St. Louis Browns relocated to Baltimore in 1954 and became the American League’s Orioles. Baltimore’s Triple-A franchise moved to Richmond, and operated as an unaffiliated team, the Virginians, for two seasons.

Richmond’s baseball life resumed in 1966. The Milwaukee Braves moved to Atlanta, and the Triple-A franchise based in Atlanta needed a new port. Jacksonville, Fla., and Memphis, Tenn., were options in addition to Richmond, which got the Braves-owned franchise in late October of 1965.

The Richmond Braves of the International League existed during 1966-2008. Because of dissatisfaction with The Diamond, the Braves moved their Triple-A team to Gwinnett County, Ga., and Richmond again didn’t have professional baseball in 2009.

Giants' prospect Heliot Ramos stays hot in 12-6 win, may not be with Flying Squirrels long

The Triple-A Richmond Braves, shown at Parker Field in 1984, existed during 1966-2008. The franchise moved to Gwinnett County, Ga.

The Richmond Virginians congregated in their clubhouse during the 1956 season. They were the New York Yankees’ Triple-A team from 1956 to 1964.