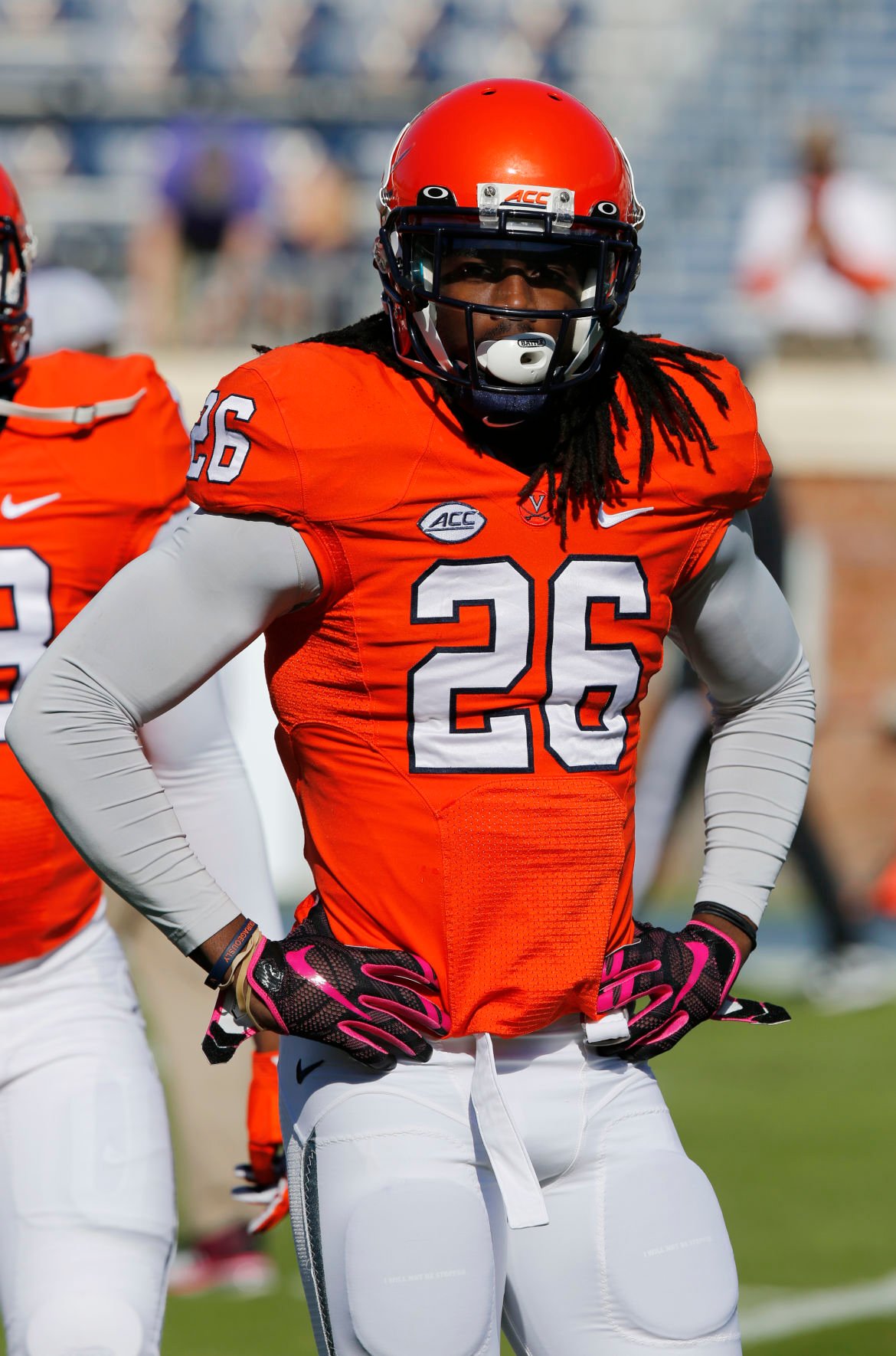 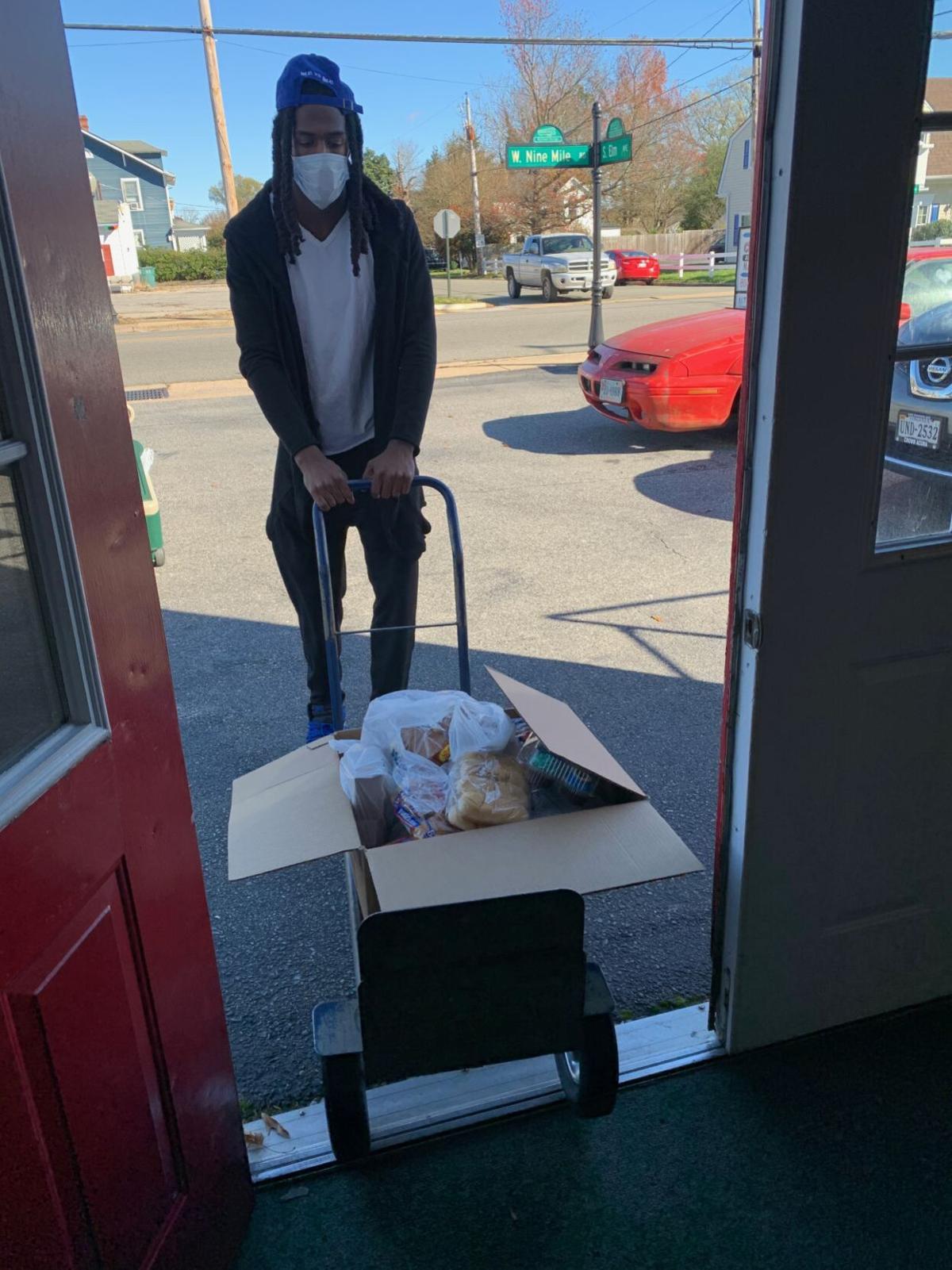 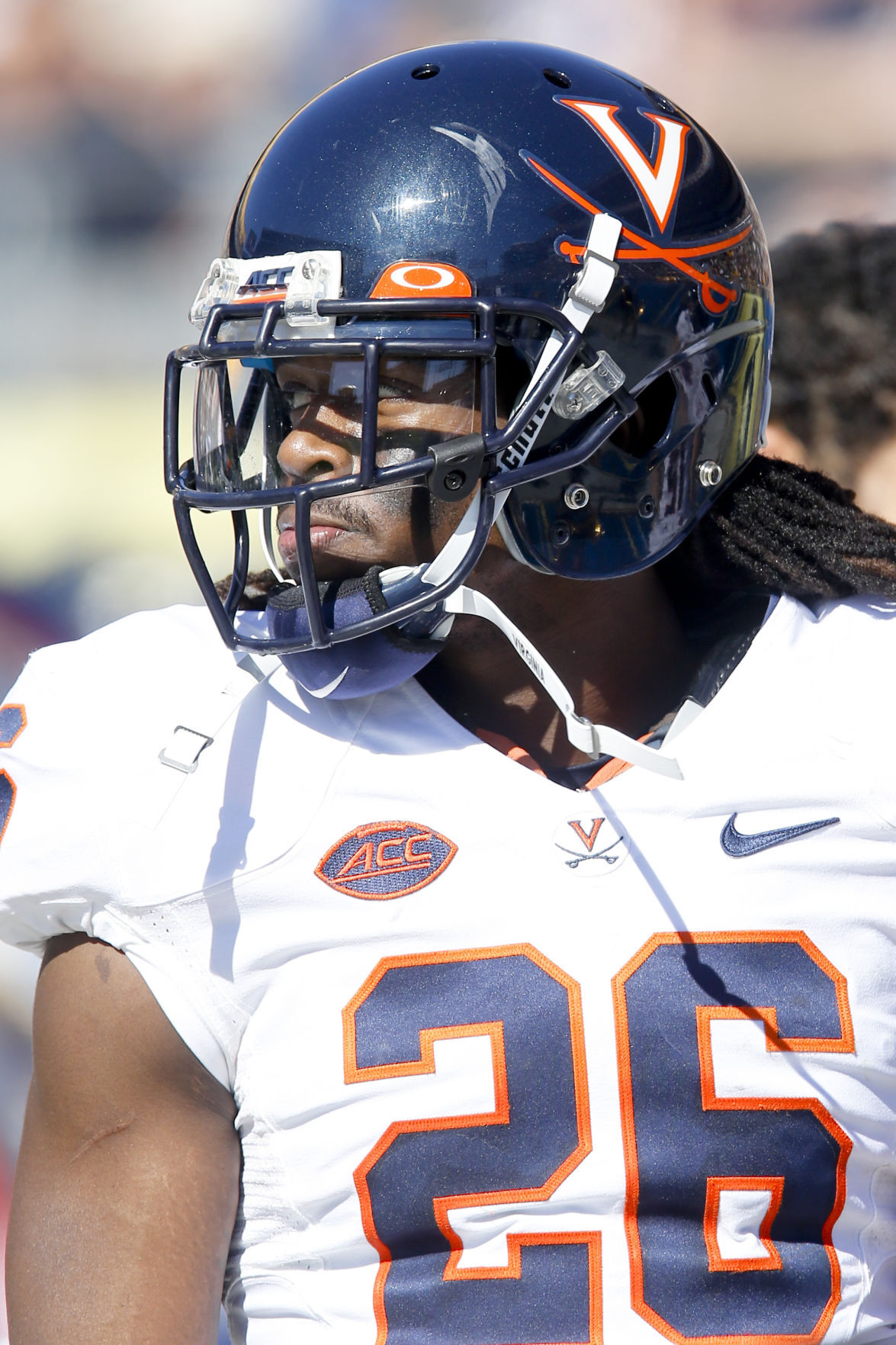 Maurice Canady was a star football player at Varina High School and the University of Virginia. 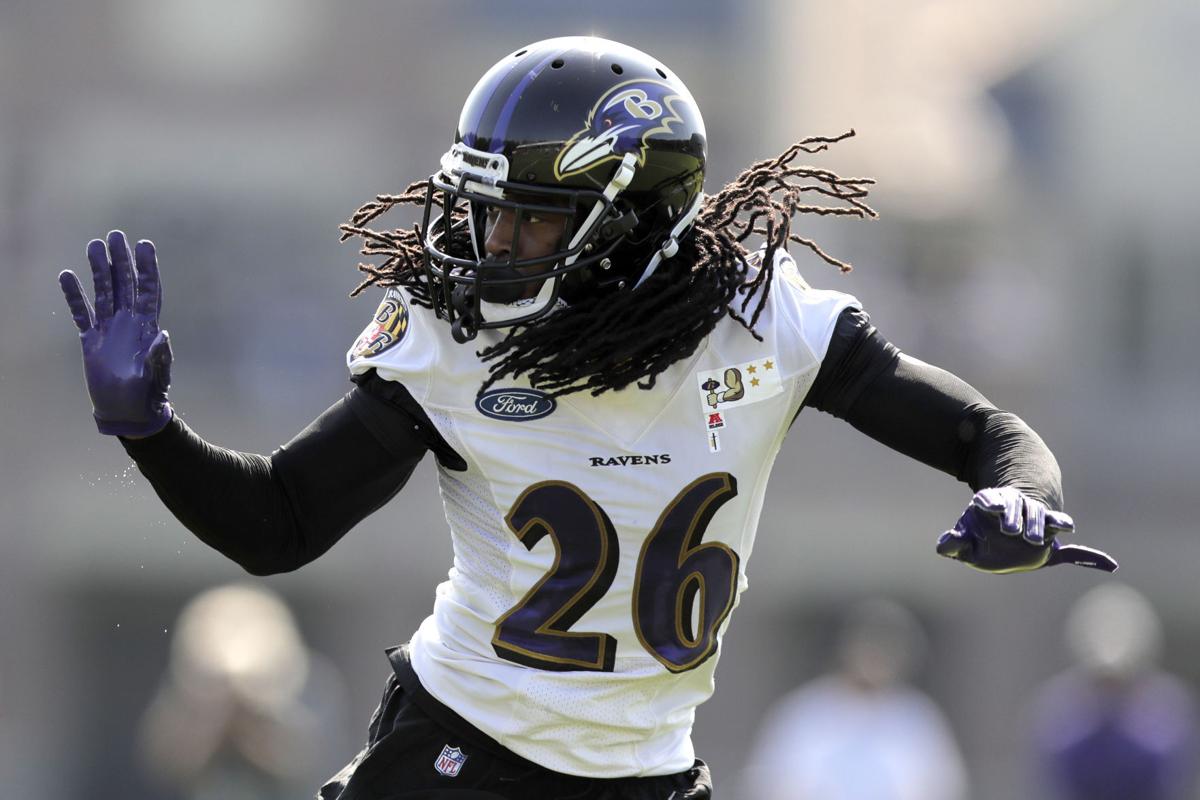 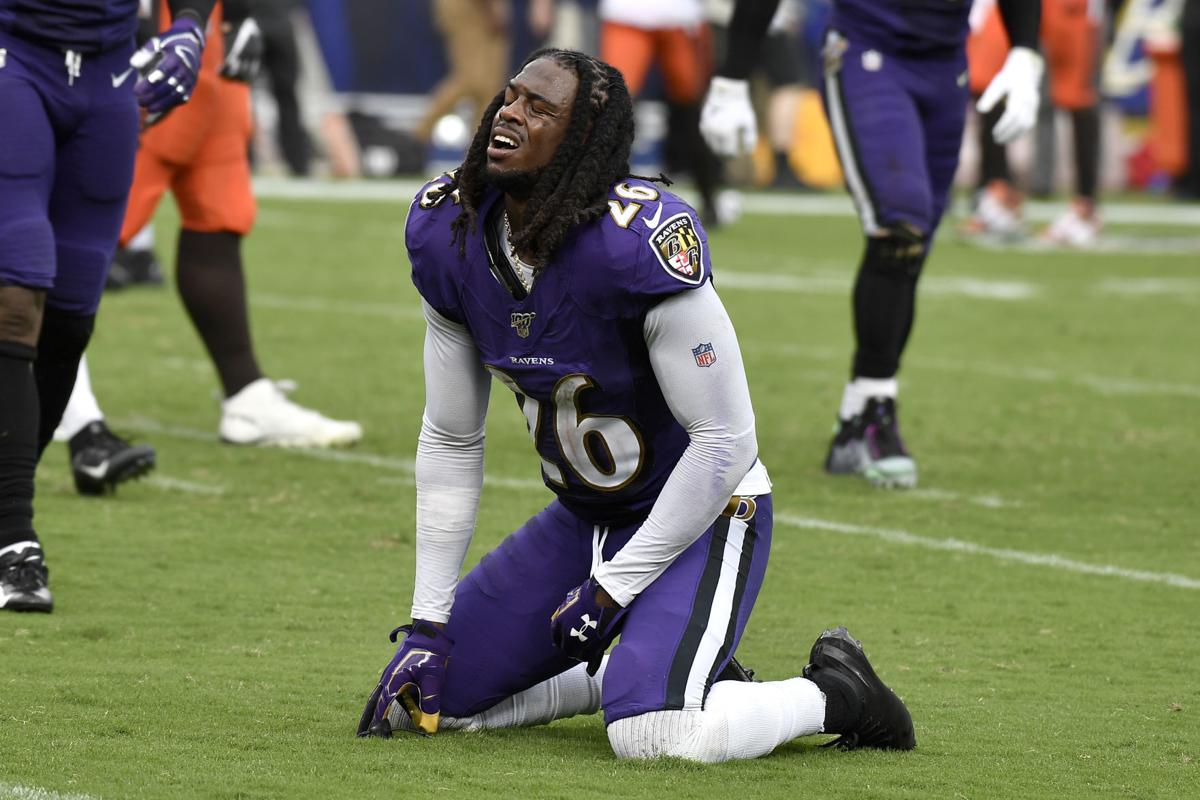 Baltimore Ravens cornerback Maurice Canady (26) reacts after failing to tackle Cleveland Browns running back Nick Chubb on a touchdown run during the second half of an NFL football game Sunday, Sept. 29, 2019, in Baltimore. (AP Photo/Brien Aho) 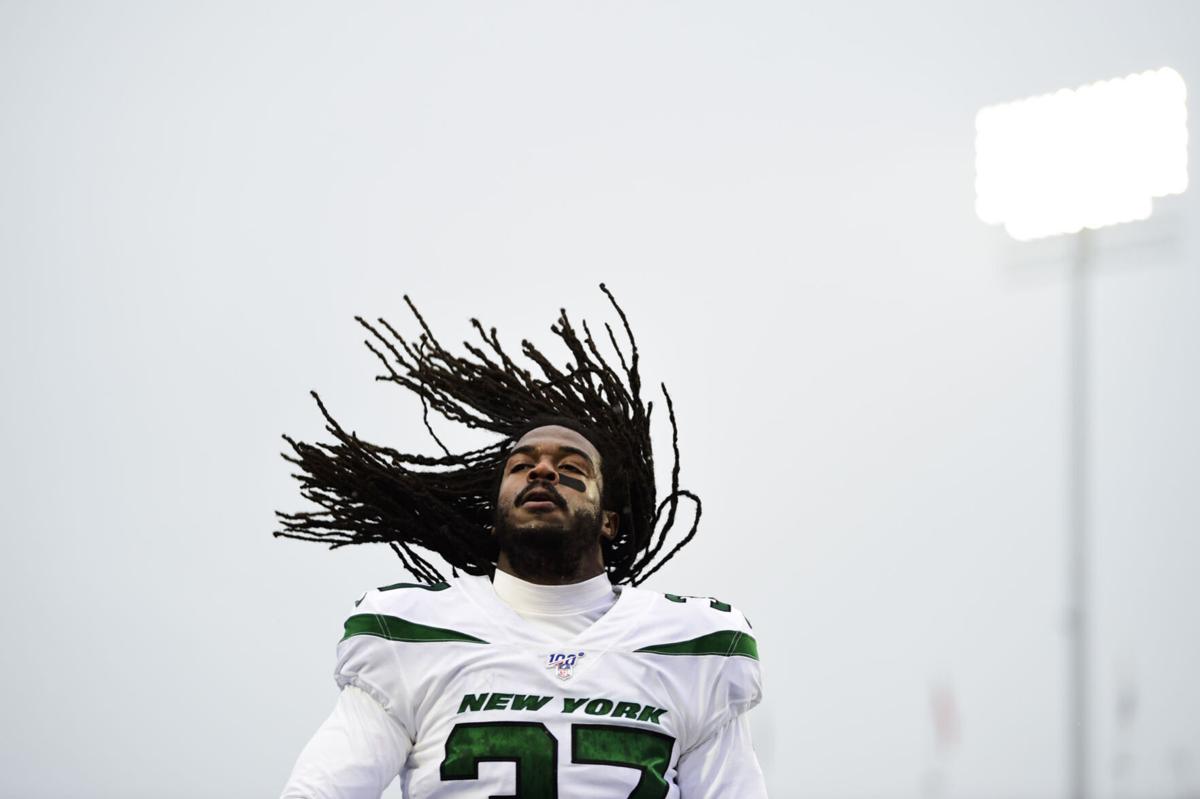 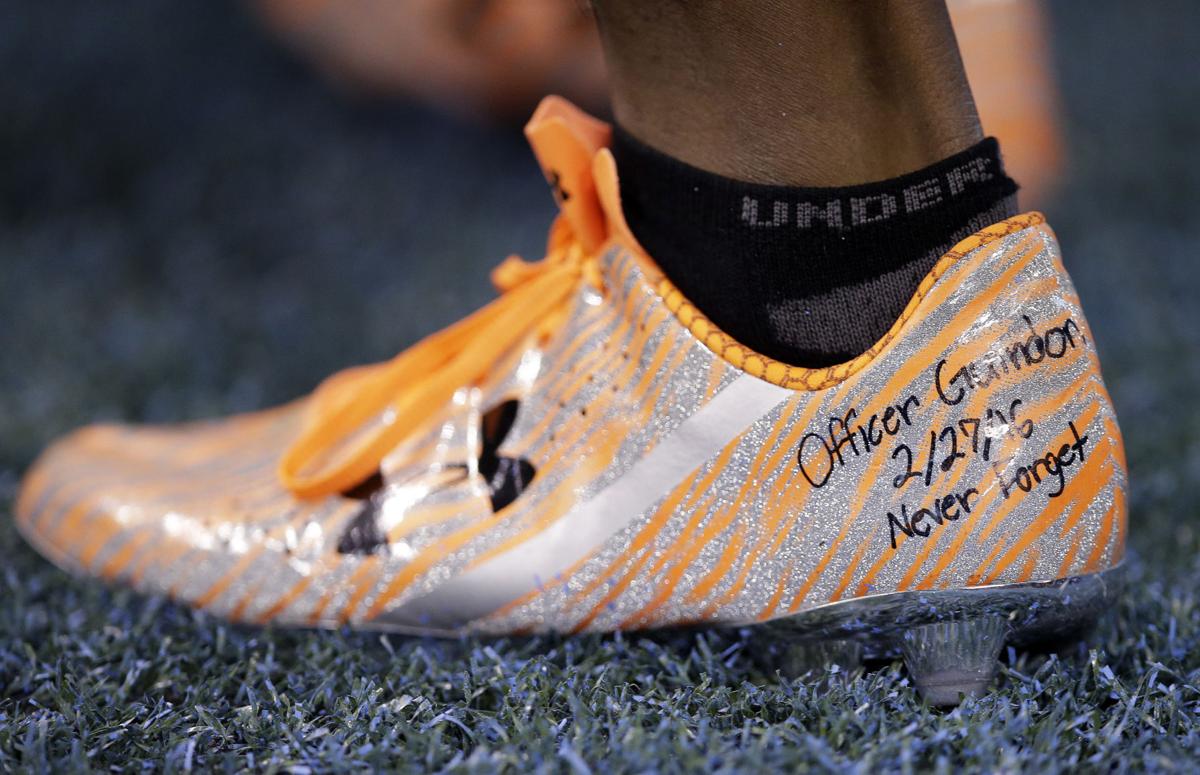 Virginia defensive back Maurice Canady waits to run the 40-yard dash at the NFL football scouting combine on Monday, Feb. 29, 2016, in Indianapolis. Canady is wearing cleats in honor of slain Prince William County (Va.) police offer Ashley Guindon. One of the cleats will be given to her family and the other will be put up for auction, with proceeds going to Officer Guindon’s memorial fund. (AP Photo/Darron Cummings)

Before the NFL season started, players were given the opportunity to opt out of this year’s games in light of the coronavirus pandemic.

One of those was Maurice Canady, a star at Varina High School and the University of Virginia, who was set to play for the Dallas Cowboys, his favorite team growing up.

On Monday morning, Canady wasn’t getting ready to play on Thursday in one of the biggest games of the year. Instead, he was helping distribute Thanksgiving meals to the needy in Highland Springs.

One of the reasons so few NFL players opted out was the league’s famously demanding approach. The players are well-compensated, but careers are short, and any hint that a player isn’t fully dedicated to football is often interpreted as a sign that he isn’t cut out for the league.

Canady knew he was taking a risk and spent a long time thinking about his decision, but in the end he feels good about the choice he made.

“It’s a difficult position,” he said. “You have people on one side who are like, ‘Oh, you don’t love football because you didn’t go play.’ Other people look at it and say, ‘He’s a smart young man.’ There’s no in between.”

The notion that Canady doesn’t love the game is laughed off by anyone who knows him. When he was young, he would sneak upstairs at his grandmother’s house, because she had cable television, and watch the NFL Network.

Even though he’s not playing, he’s been training in Richmond so he’s ready to go next year.

But ultimately he decided he couldn’t spend an entire season away from his 2-year-old son, Greyson.

“I took advantage of this time to really have that father-son relationship that me and my dad have,” Canady said. “I cherish that a lot.

“I was just building this relationship with my son, and I wouldn’t be able to see him during the season. With practices, that’s almost a whole year. That was a big blow for me.”

Canady also saw cause to hesitate from a football perspective.

He started his career with the Baltimore Ravens, where he played for four seasons, but his first three were interrupted by injuries. Last season, he finally reached the field, logging his first NFL interception before being cut, then he was claimed by the New York Jets, where he finished the year.

The 26-year-old was worried about the physical toll of jumping right into a season, in a new city with new teammates, without having the traditional offseason practices and preseason games.

Another injury might get him labeled as a player not worth taking a chance on. Canady’s contract this year was for $950,000, but it was not guaranteed, meaning the team could cut him before the first game without having to pay.

Canady, who plays cornerback, knows entering his fifth season that he’s already made it past the average tenure in the league, and he wants his next impression on the field to be a good one.

“There was just so much I had no control over,” he said.

He said the coaches in Dallas were understanding of his decision and called to wish him well.

So far, the NFL has been able to play all of its scheduled games, but as the pandemic has intensified nationally, positive cases within the league are on the rise, too — on Monday, the Baltimore Ravens, who are scheduled to play on Thanksgiving night, had to shut down operations after “several” positive tests.

In Dallas, coaches stay at a hotel attached to the team practice facility instead of returning home.

For Canady, it’s the first time since he was a student at Varina that he’s been home around this time. He said one silver lining is the opportunity to do things in the community like he did at the food pantry on Monday.

“I’ve always wanted to give back during this time of year,” he said. “But I’ve never felt it would be as authentic as I want it to be if I wasn’t here. So it’s great for me to actually come and participate and volunteer for a greater cause.”

Canady said he’s cherishing the extra time with his family, particularly Greyson. (“He’ll be the next star around here somewhere,” Canady predicted with a smile.)

As the games kick off each Sunday, he said he doesn’t feel any regret about his choice.

“It wasn’t an easy decision,” he said. “It wasn’t like I woke up and said, ‘I’m not playing football this year.’ It was a long, drawn-out decision. But my perspective on it is clear in my head, and with my family, and that’s really all that matters.”

Maurice Canady was a star football player at Varina High School and the University of Virginia.

Baltimore Ravens cornerback Maurice Canady (26) reacts after failing to tackle Cleveland Browns running back Nick Chubb on a touchdown run during the second half of an NFL football game Sunday, Sept. 29, 2019, in Baltimore. (AP Photo/Brien Aho)

Virginia defensive back Maurice Canady waits to run the 40-yard dash at the NFL football scouting combine on Monday, Feb. 29, 2016, in Indianapolis. Canady is wearing cleats in honor of slain Prince William County (Va.) police offer Ashley Guindon. One of the cleats will be given to her family and the other will be put up for auction, with proceeds going to Officer Guindon’s memorial fund. (AP Photo/Darron Cummings)