Washington will retire Sean Taylor's No. 21 at Sunday's game, but late notice irks fans
0 Comments
Share this
1 of 3 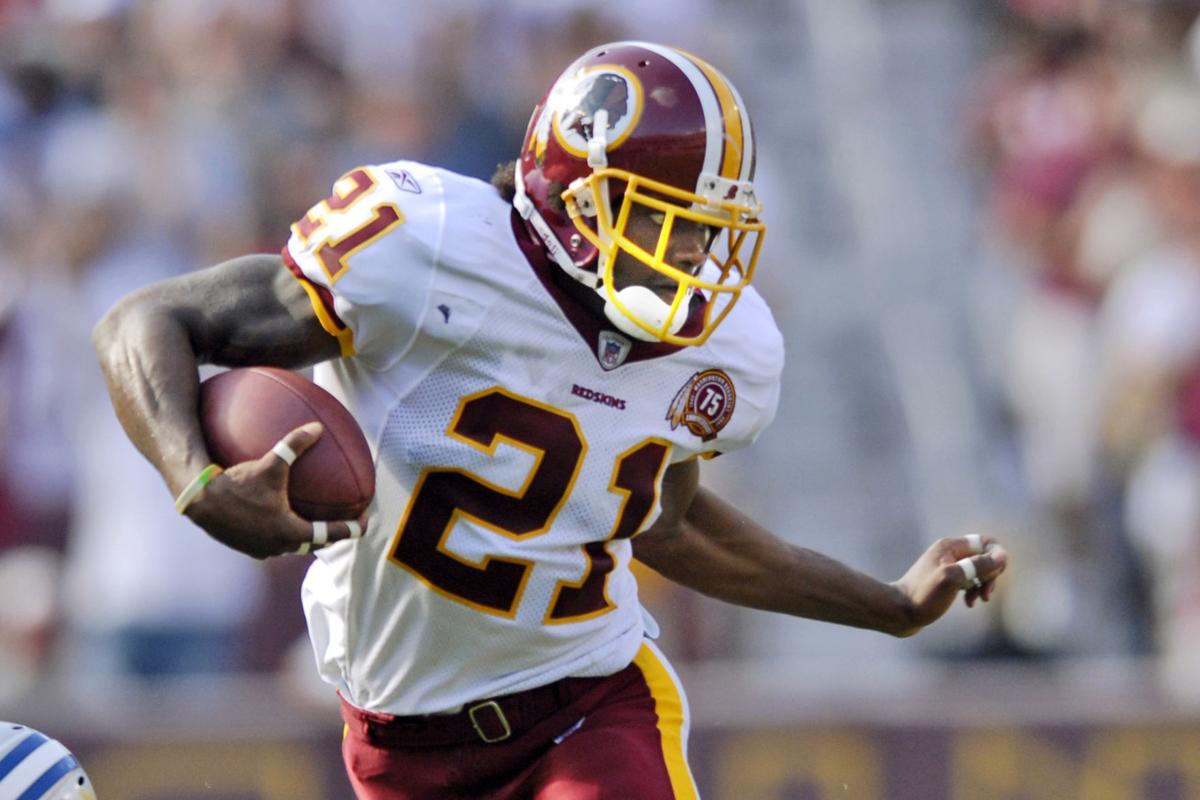 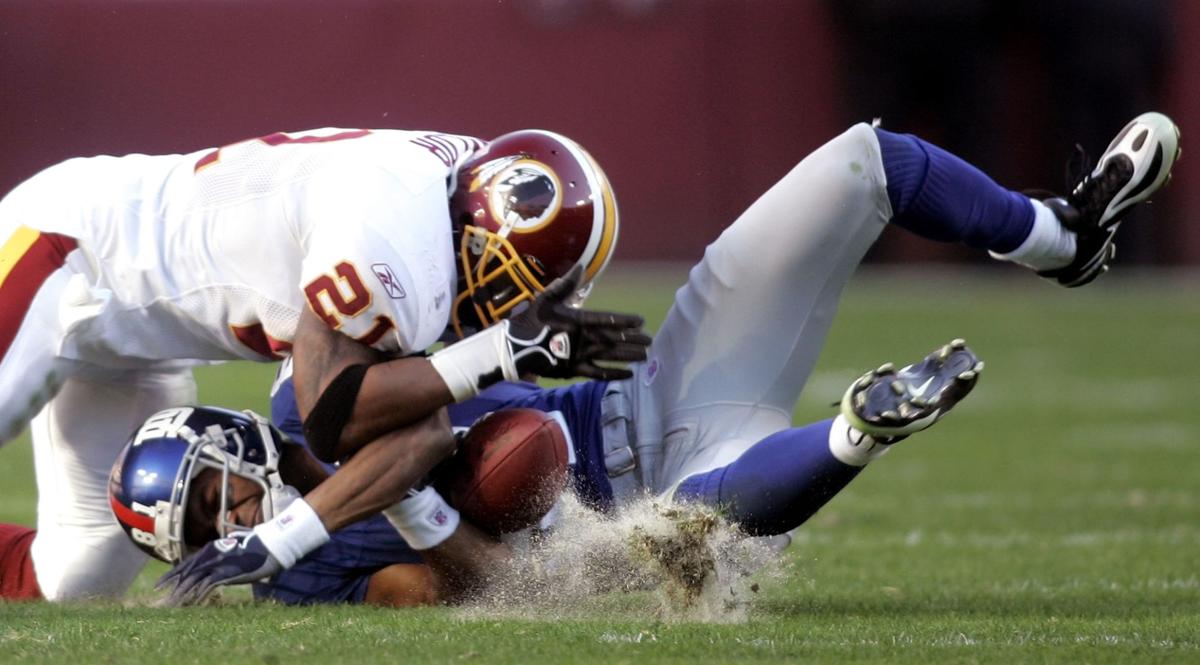 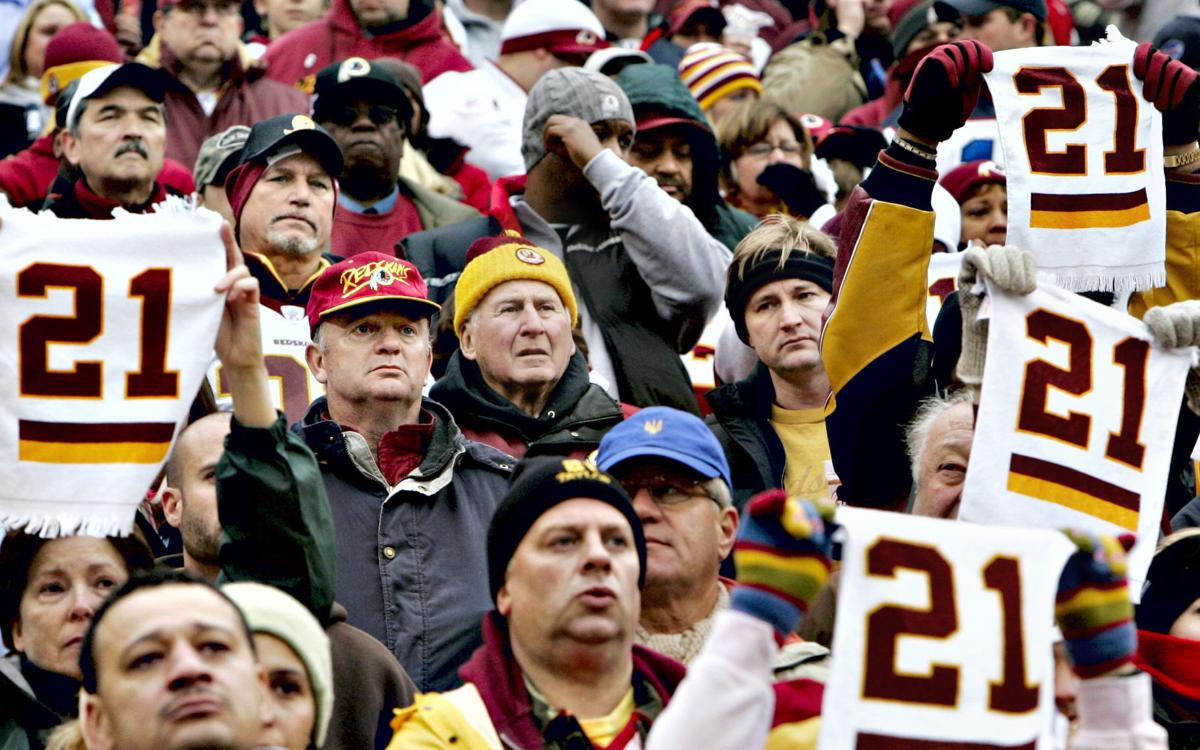 Solemn football fans held up towels with No. 21 in memory of slain Washington Redskins safety Sean Taylor during a ceremony at FedEx Field in Landover, Md., on Dec. 2, 2007.

ASHBURN — The Washington Football Team announced Thursday it would be retiring the No. 21 of safety Sean Taylor, an NFL star whose life was tragically cut short when he was shot in 2007.

Taylor will be only the third player in franchise history to have his number formally retired, joining Sammy Baugh (No. 33) and Bobby Mitchell (No. 49).

The announcement is one many fans have been waiting years for. It came at an odd time, though — Taylor’s number will be retired during Sunday’s game with the Kansas City Chiefs, which takes place in just three days.

That timing left confusion about why such a massive event, celebrating one of the franchise’s most beloved players, would be announced on such short notice.

The news also came during a week where Washington has had a number of negative stories in the press — the team’s trainer is under DEA investigation, and e-mails from the NFL’s review into Washington’s culture prompted the resignation of Raiders coach Jon Gruden.

Washington officials scrambled to assure fans that it had been in the works for weeks.

Multiple people with knowledge of the proceedings said they had known that Taylor’s family would be at Sunday’s game, and that he would be celebrated there.

“We apologize to fans who would have liked more notice and will continue to share with fans ways we will be celebrating Sean Taylor’s legacy over the next month,” the team said in a statement.

That was of little consolation to fans, though, who were left wondering how such a celebratory event could somehow turn into yet another example of the franchise’s dysfunction — that the team was ultimately explaining it wasn’t retiring the number for nefarious reasons, just that it was planned really poorly.

Jersey retirement ceremonies are often big deals in the sports world, with ticket prices spiking in anticipation of the event.

Washington, however, has had trouble selling tickets this season. The team ranks last in attendance, and Taylor, one of the most popular players of the Dan Snyder era, still has a strong emotional connection with fans, many of whom wear his jersey on Sundays.

News of the honor spread widely, but the ceremony itself will go largely unseen. It will take place before a game that is only regionally televised on CBS, when Washington had other, much higher-profile games remaining this season, including a Monday Night Football game just days after the anniversary of Taylor’s death.

Regardless of circumstance, the show will go on, and with it a number of festivities.

The family was the driving force behind a Saturday service project in Taylor’s memory at Burrville Elementary School in D.C. and will also be present for Sunday’s ceremony.

The first 10,000 fans to enter will receive a limited-edition rally towel based on the one given to fans in the first game after Taylor’s death, when the team sent 10 men onto the field in tribute to the late legend.

In addition to Taylor’s number retirement, Sunday is the team’s annual Alumni Homecoming game, where past players are invited back to honor the team’s legacy.

Current players lauded Taylor and his role in team history after learning of the honor on Thursday.

“I can remember the day, heading to school and hearing the tragic news of him passing away, and me crying,” running back Jaret Patterson said. “That’s how much of an impact Sean Taylor has on me, and the whole organization and the whole D.C. area.

“He was a one-of-a-kind player, and I can’t wait to see the ceremony, and hopefully we can get the win so we can represent him.”

Perhaps no player on the team is as connected with Taylor as current safety Landon Collins, who signed as a free agent in Washington in large part to continue Taylor’s legacy. When he signed, he was presented a signed game-worn jersey by team owner Dan Snyder, something both men described as an emotional moment.

Collins at one point considered wearing the No. 21 in Taylor’s honor, but ultimately decided not to.

He declined to speak with reporters on Thursday, amid a rough season that is likely to be his last in Washington that has brought a number of unfavorable comparisons.

Washington’s secondary as a whole has failed to achieve national prominence since Taylor’s death, but the same could be said of the team as a whole, too.

Del Rio speaks out against Gruden emails: Defensive coordinator Jack Del Rio, a longtime NFL coach, was asked during his Thursday press conference about the emails that ultimately led to the resignation of Gruden.

“It was, I guess, shocking,” he said. “Embarrassingly bad for a person in that position to have those kinds of thoughts and to express them like that. I don’t have much respect for it.”

“That’s not been my experience,” he said. “I grew up in a melting pot area. It’s kind of how I’ve lived my life: respect and love each other. We’re football players and coaches. We’re working together with all types of different people from different walks of life, and it’s about the man within.

“That’s always the way I’ve worked at it, and that’s been my experience for the most part in this league.”

Injuries: Sammis Reyes missed Thursday’s practice with a back injury, and Curtis Samuel (groin) missed the session as well.

WFT observations: Taylor Heinicke's Lambeau Leap is a fun moment stolen away, just like the season as a whole

"I thought he was great. Very gutsy, very courageous. I know he wishes he had that one back ... but, again, that’s interpretation. That’s a tough one for me to swallow because there’s nobody around him, but that’s what the rule is I guess."

It's likely Washington will not be favored to win a game again until matchups against the Eagles and Giants in Weeks 17 and 18.

Taylor Heinicke says he's back to his playmaking ways, was 'trying to be someone I wasn't'

ASHBURN — Taylor Heinicke didn’t return from Lambeau Field with a win, but he did bring back a renewed sense of what it will take for him to h…

Washington coach Ron Rivera was upbeat after Sunday’s loss in Green Bay, tipping his hat to Aaron Rodgers and noting that his team played sign…

Solemn football fans held up towels with No. 21 in memory of slain Washington Redskins safety Sean Taylor during a ceremony at FedEx Field in Landover, Md., on Dec. 2, 2007.