Since the AFL-NFL merger, only 12 teams have started 1-4 and made the playoffs.

Of course, this is 2020, and this is the NFC East, so the Washington Football Team remains in the thick of the chase entering a crucial stretch.

Coach Ron Rivera used the wide-open division to justify benching starter Dwayne Haskins, and he’ll seek validation over the next three games — two against the New York Giants (0-5) and one against the Dallas Cowboys (2-3), who just lost quarterback Dak Prescott for the season.

Rivera will take on that stretch with Kyle Allen as his starter, sending Alex Smith back to the bench a day after Smith made national headlines by taking the field for the first time since 2018.

Smith came into the game in the second quarter after Allen took a helmet-to-helmet hit from the Rams’ Jalen Ramsey.

“I think Kyle did pretty well,” Rivera said of Allen’s limited action. “He took us down, we scored a touchdown, we moved the ball, he made some good decisions. It’s unfortunate he took the shot that he did. I would’ve loved to see him finish the game.”

Allen was given a concussion test and passed, but the injury was officially reported as an arm injury — Ramsey hit Allen’s nonthrowing shoulder after the helmets collided.

Rivera said Allen could have returned to the game, but was held out by the coach out of an “abundance of caution,” a decision he stood by on Monday.

“I don’t know how much different it would’ve been if I had gone back to Kyle,” Rivera said. “But, I didn’t want to see Kyle take another shot like that. Again, that’s why I made the decision to go the direction that I did.”

It’s unlikely Allen would have made much of a difference — the Rams completed a season sweep of the NFC East by dominating on both sides of the ball.

Now, after taking their lumps against winning teams, Washington finally gets a fair fight on Sunday.

Despite their record, the Giants are 3-point favorites to hold serve at home and claim their first victory.

Washington won’t get the benefit of being the underdog — Rivera knows he’ll need to get better production out of Allen to justify the benching of Haskins in the name of competing for a division title.

As for Smith, he’ll remain the backup, and Rivera said the quarterback held up well after getting beat up by the Rams for 32 minutes.

“I was excited for him,” Rivera said. “He went out and had a good time. It would’ve been a lot better if we could have protected a little bit more. But I thought he handled it well.

The problem isn't that Washington is bad. It's that they still think they're good.

Rivera even squinted his eyes hard enough to see a productive day from Allen, awarding him a luxury that was not given to Dwayne Haskins.

"I have not quit on the kid as far as his development."

The first round of the Dominion Energy Charity Classic at the Country Club of Virginia was postponed due to rain.

The high and mighty Los Angeles Dodgers, a national brand so good for so long, start the World Series on Tuesday against the Tampa Bay Rays, w…

Phillips: Ron Rivera is a respected coach, but he hasn't made a lot of sense recently

Yes, we were entertained.

Rams defender Jalen Ramsey tackles Washington quarterback Kyle Allen in the first half. Allen left the game with an arm injury. Ramsey was penalized for the hit. 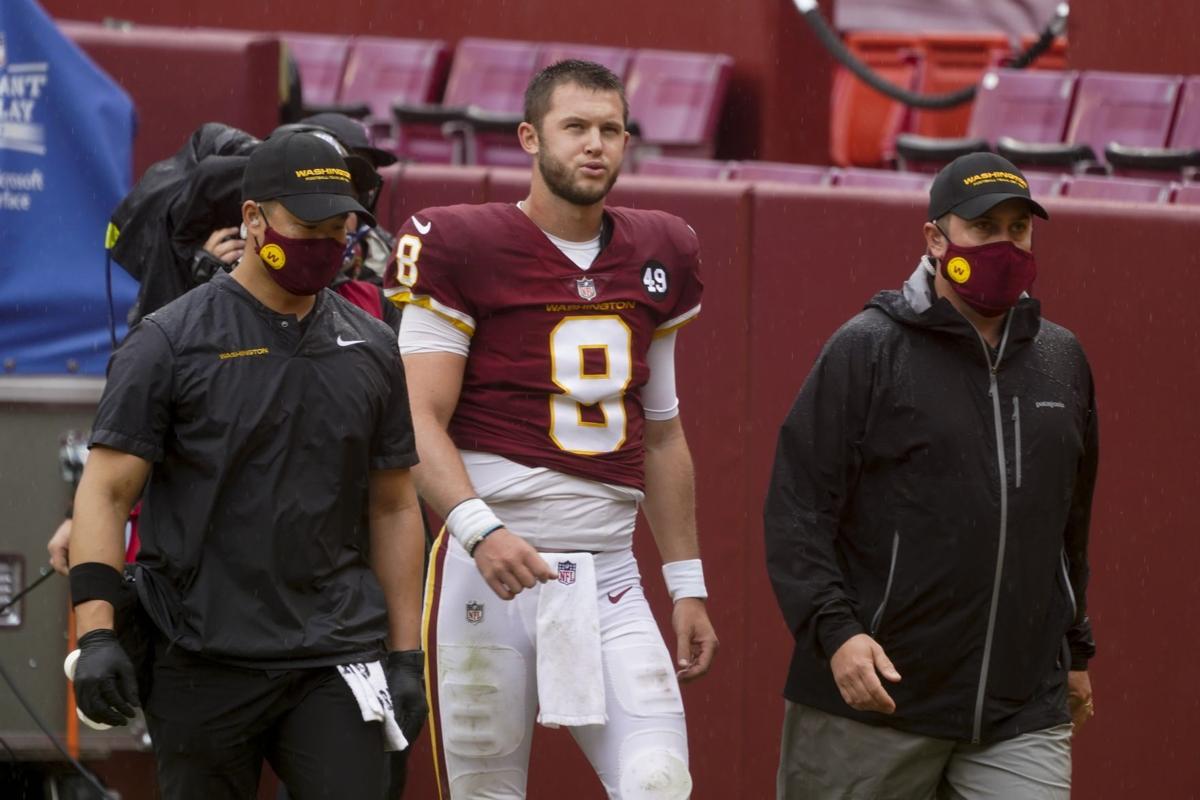