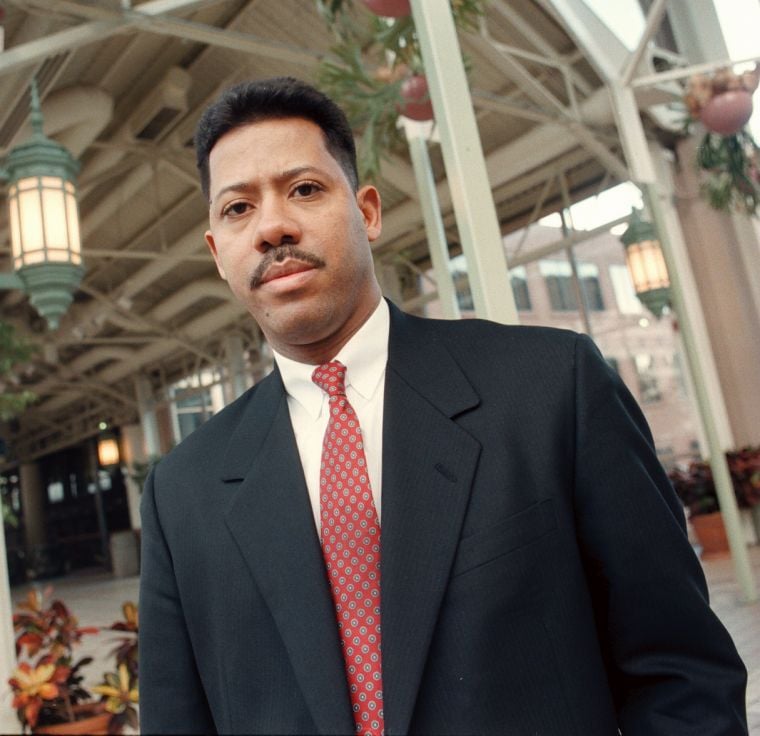 The late Harrison B. Wilson III, executive director of the Hard Road to Glory sports hall of fame, was photographed at the 6th St. Marketplace on January 24, 1996.  Wilson passed away during his son Russell's junior year of college in 2010. 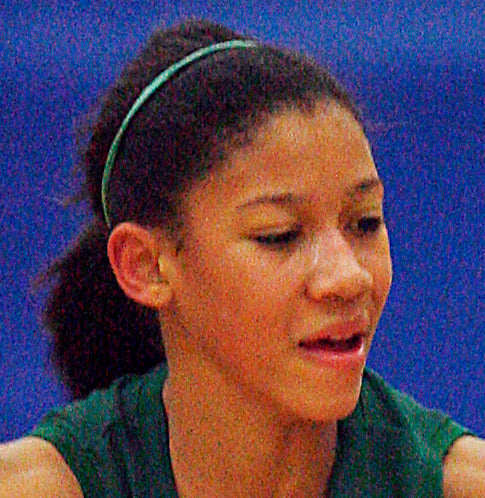 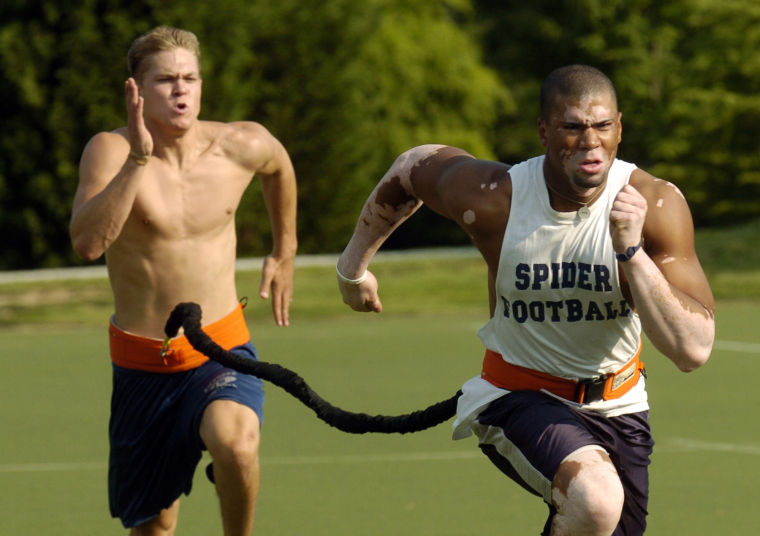 Richmond Spiders' Harry Wilson (right) and John Richardson attempts to increase speed through the use of bungee cords Tuesday, June 29, 2004. 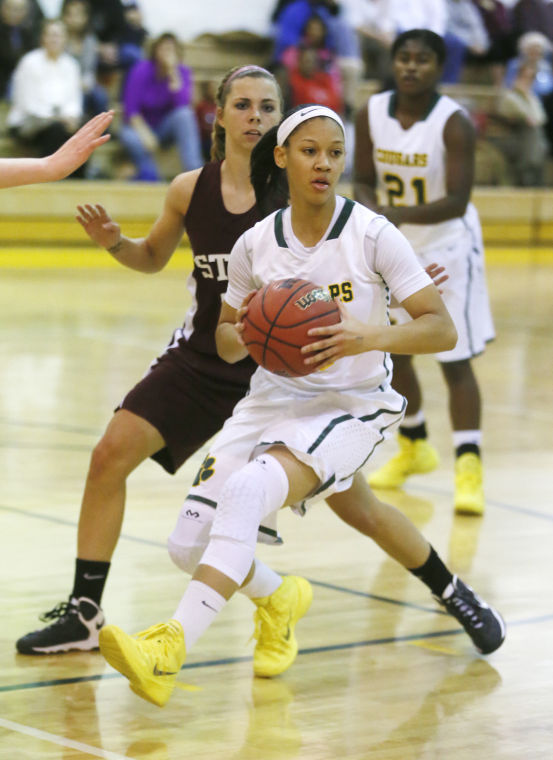 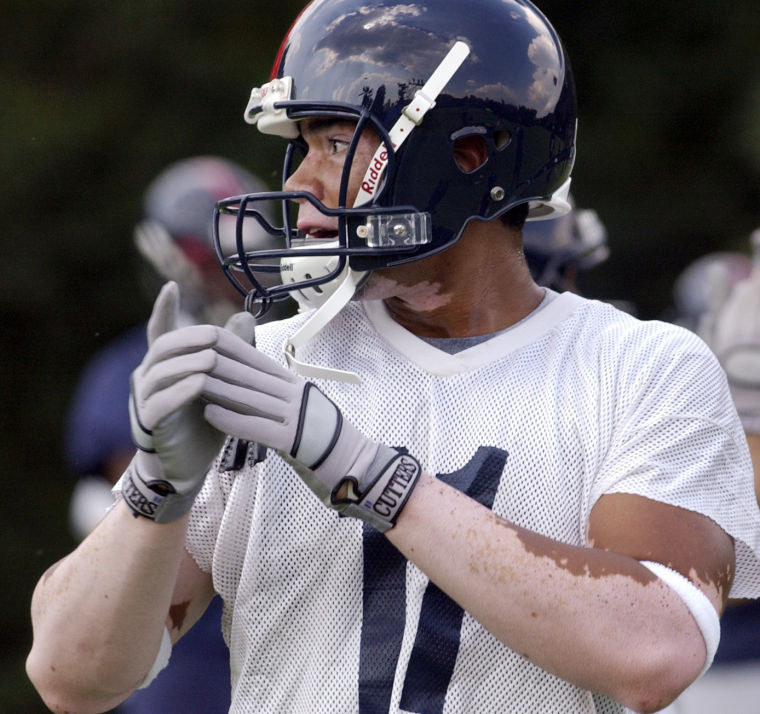 Harry Wilson, wide receiver for the University of Richmond Spiders, urges his teammates on during a drill on the first day of practice in Richmond, VA Monday, Aug. 9, 2004 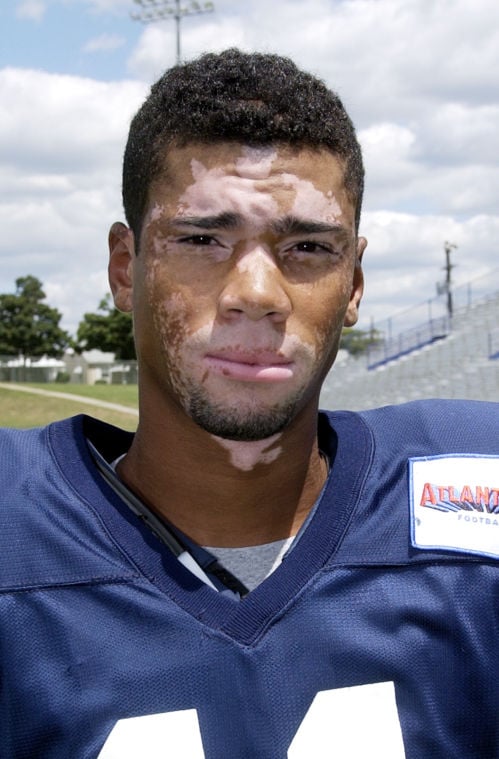 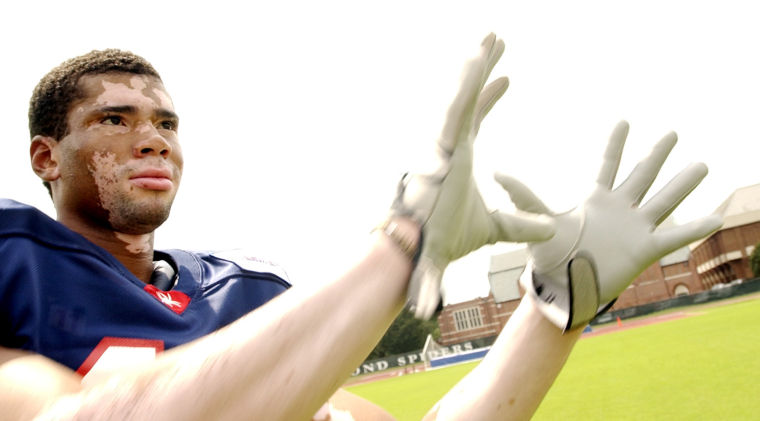 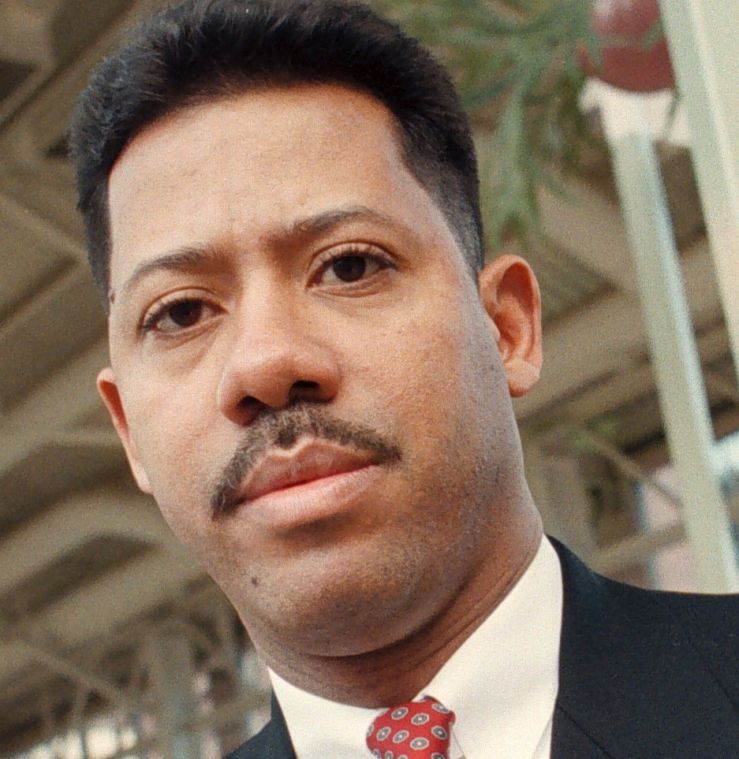 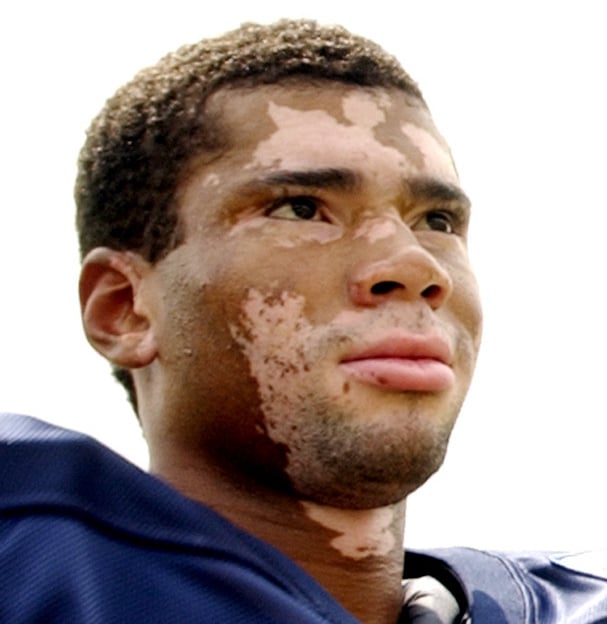 NEW YORK Richard Sherman was visibly tired as he conducted his fourth session with reporters this week — a fourth time having to hear about his nationally televised outburst after the NFC championship game.

When the subject changed to a young star from Richmond, though, the Seattle Seahawks defensive back cracked a smile.

“She’s a tremendous talent and a tremendous person,” Sherman said. “She’s going to be a great addition to the Stanford family.”

Sherman, himself a Stanford University alumnus, was talking about Anna Wilson, a Collegiate School sophomore and the younger sister of quarterback Russell Wilson, who will guide the Seahawks against the Denver Broncos in today’s Super Bowl.

While Russell’s success in the NFL has garnered national attention, he’s only the latest in a family line with outsized achievements.

Russell’s uncle Ben Wilson manages Beveridge & Diamond, a leading environmental law firm. He said the quarterback’s achievements are a tribute to Russell’s late father, Harrison III, whom the son took after in almost every way.

“They walk similarly, they speak similarly, their mannerisms are almost identical,” Ben said. “It’s almost alarming how similar they are. It makes me happy to see, but there’s also a certain melancholy, because it reminds me that I miss my brother as well.“

Their father, Harrison Jr., served for more than 20 years as president of Norfolk State University. His grandfather was a freed slave who had 15 children and insisted on each of them having an education.

Harrison III continued that tradition, playing two sports at Dartmouth College and receiving a law degree from the University of Virginia.

He would drive Russell to football practice at 6 a.m., and on the way home, quiz him about what happened, sometimes pretending to be a football announcer who was interviewing “Russell Wilson, Super Bowl quarterback.”

That portion has come true. Wilson emerged as a standout player at Collegiate in football and baseball, and played both sports in college at N.C. State University. He briefly attempted pro baseball but decided his true passion was football.

His father died during Russell’s junior year of college in 2010. Russell leaned on the wisdom Harrison passed along as he made his career choices.

“He would have all these quotes and sayings,” Russell said.

One of them that has stuck with him is, “There’s a king in every room.” As his dad explained it, that meant to always be on your best behavior, because you never know who’s watching.

Before games, Russell will write the phrase on the athletic tape he wraps around his wrist. It was a reminder to him at Collegiate, when he was playing in front of a few hundred family members and friends, and it will serve as a reminder today, in front of more than 100 million television viewers.

“He cares about the people that are around him,” Ben said. “He’s engaged. He’s interested not only in what’s going on with him, but in what’s going on in your life. So I think that if you speak with his family, but also his friends from school and otherwise, he’s still very loyal and close to those people, and it’s really, really nice.”

One person who has taken notes is Russell’s sister, Anna, whom he refers to as the family’s best athlete.

Anna is a girls basketball standout at Collegiate and received scholarship offers as a freshman. The sophomore has given a verbal commitment to play for Stanford.

“Basketball is team-oriented,” she said in an article for Collegiate’s newsletter last year. “I love having teammates. I love being a leader.

“Leadership kind of runs in my family. Russell’s the quarterback. (As the point guard), I’m kind of the quarterback of my basketball team. I enjoy that role. It’s really special.”

After wrapping up her high-profile recruitment, Anna was asked to write a blog for espnW, the network’s website about women’s sports.

She hasn’t done interviews this week in order to focus on school, but she posted a blog about attending Russell’s games as a child — particularly the Mills Godwin-Collegiate matchup in which Russell burst onto the scene by leading the underdog private school to a win over its rival.

“The great part about having siblings, when they have the same passion as you, is that you get to learn from their successes and failures,” she wrote. “Russell learned from Harry, and I am continuing to learn from Harry and Russell. …

“Russell, when you get the chance to read this, I want you to know that I am extremely proud of you. You have been a role model to me and other aspiring athletes.”

Harry — Harrison IV — is the third and oldest sibling. He played at the University of Richmond and works for a medical device manufacturer in Chicago.

He is the reason Russell became a quarterback. He needed his younger brother to throw him passes so he could practice. Harrison IV was a wide receiver, following in his dad’s footsteps. Harrison III tried out for the San Diego Chargers but was one of the last players cut at training camp.

Now Russell will represent the entire group, carrying with him their drive and self-confidence, which he said is keeping him from feeling the nerves of being on America’s biggest sporting stage.

“The thing that I learned from my dad is that you always have to persevere, have a great purpose in your life and understand where you’re trying to go, have a great perspective,” he said. “Those three things — those three P’s — that he used to always tell me, were so real and they still stick with me today.

“It’s the same thing going throughout this week with all the talk. I’m as calm as I can be, to be honest with you.”

Our complete coverage of the big game in East Rutherford, N.J.

Seattle size, Denver injuries will be factors in Super Bowl

EAST RUTHERFORD, N.J. The preseason doesn’t matter in the NFL, and yet, after a 40-10 loss in August, John Elway was steaming mad.

Russell Wilson at a glance

Seattle might be 2,900 miles away, but students at two Henrico County schools were already climbing aboard the Seahawks bandwagon Friday, two …

Wilson has been dealing with skeptics his whole life, from the time he begged Collegiate coach Charlie McFall to list him at 6-foot.

The late Harrison B. Wilson III, executive director of the Hard Road to Glory sports hall of fame, was photographed at the 6th St. Marketplace on January 24, 1996.  Wilson passed away during his son Russell's junior year of college in 2010.

Richmond Spiders' Harry Wilson (right) and John Richardson attempts to increase speed through the use of bungee cords Tuesday, June 29, 2004.

Harry Wilson, wide receiver for the University of Richmond Spiders, urges his teammates on during a drill on the first day of practice in Richmond, VA Monday, Aug. 9, 2004