Milley defends call to Chinese at end of Trump presidency 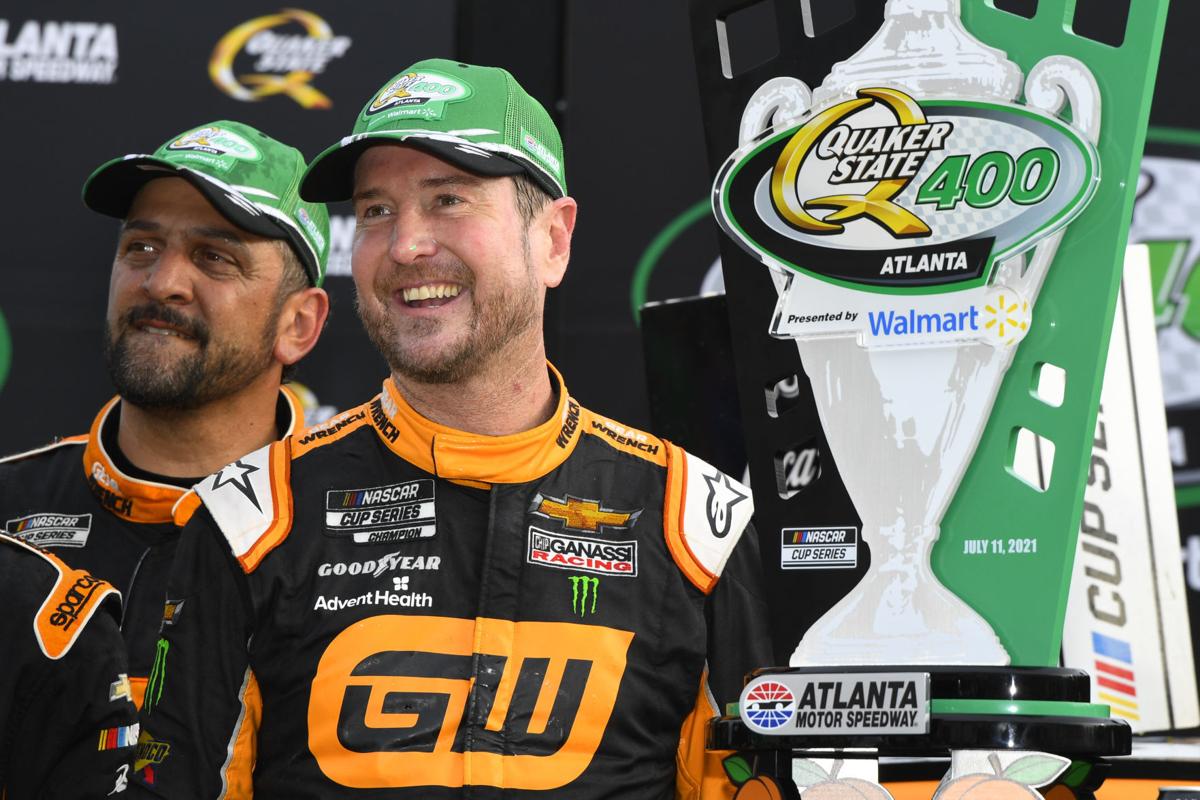 Kurt Busch (above) stood in victory lane after winning a Cup Series race in Hampton, Ga., in July. Alex Bowman (below) celebrated a Cup win in May at Dover (Del.) Inter-national Speedway. The drivers are tied for 12th going into the Bristol elimination race. 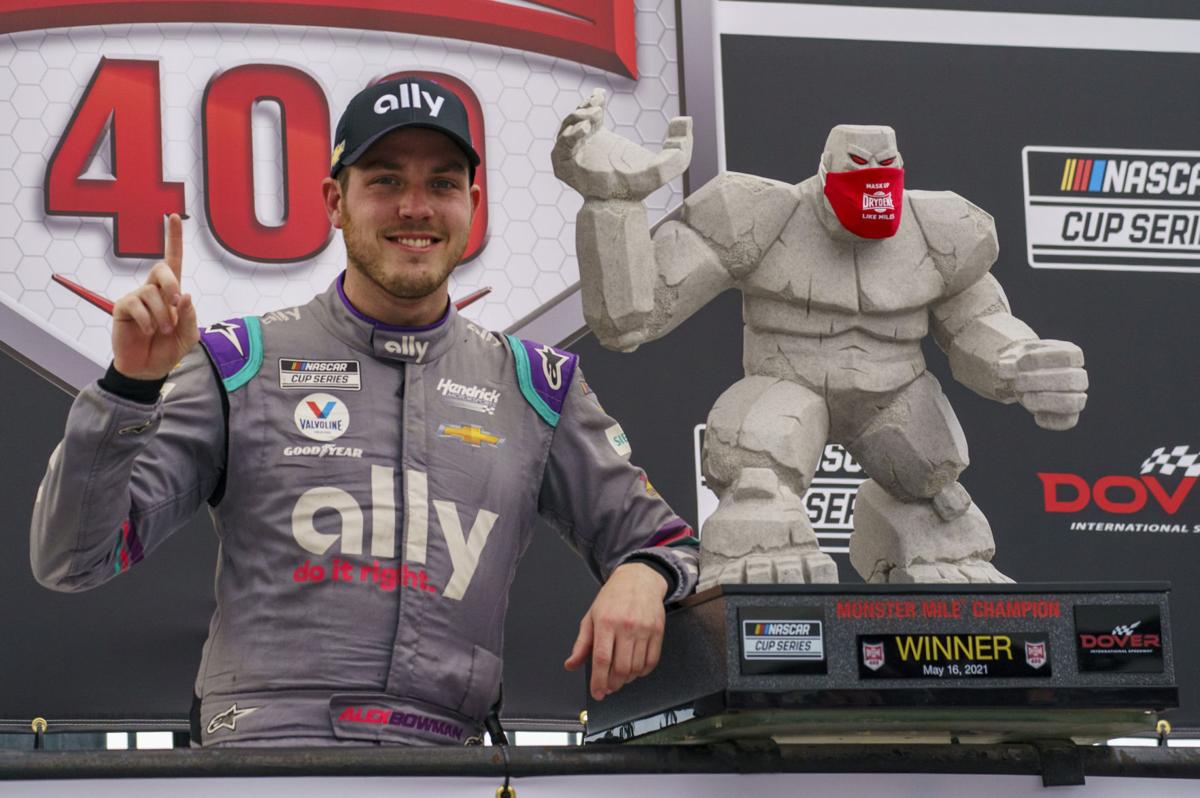 Now it gets interesting.

NASCAR’s Cup Series playoffs are in full swing, leaving Richmond Raceway in the rearview mirror and hurtling toward Bristol Motor Speedway for the third race of 10.

Saturday night’s race on the Bristol half-mile will be the first of three elimination events that eventually trim the number of championship-eligible drivers to four in the season’s final event.

Entering Saturday’s 500-lapper, 16 drivers have a shot at the series title. When the haulers leave Bristol, only 12 will remain in contention.

Three drivers are locked in to the round of 12.

Denny Hamlin, who grew up in Chesterfield County and started his career on Virginia short tracks, earned a spot in the next round with his win in the first playoff race at Darlington Raceway. Martin Truex Jr. advanced with his Richmond win. Kyle Larson has piled up so many points that he can’t be eliminated.

That’s nine drivers either inked or penciled onto the round-of-12 grid. Then comes the real drama of the elimination race — three more spots open and five drivers crowded close to the cutoff line.

Next in the standings are Kyle Busch in 10th, Aric Almirola 11th, Kurt Busch and Alex Bowman tied for 12th, and Tyler Reddick 14th. The gap from Kyle Busch to Reddick is just 15 points, a difference that can easily be bridged under NASCAR’s point system.

Bringing up the rear are William Byron, who will need lots of things to go well to get by the drivers between him and the 12th spot; and Michael McDowell, who needs a miracle to advance.

The Busch-Bowman 12th-place tie is an intriguing element in the fight to make the cut. Going into Bristol, Kurt Busch has the tiebreaker — his sixth-place at Darlington is the best finish in the round of 16.

It’s possible the two drivers could still be tied after Bristol — NASCAR’s stage points make scoring a fluid business — so Bowman might need to have a top-five result and finish ahead of Kurt Busch to earn a berth in the next round.

The two drivers arrived at their tie with contrasting results in the first two playoff races. Bowman, one of four playoff drivers in Chevrolets fielded by the powerful Hendrick Motorsports team, hit the wall early at Darlington and struggled to a 27th-place finish. He came back with a so-so 12th-place at result at Richmond.

Kurt Busch, carrying the playoff hopes for Chip Ganassi’s second-tier Chevy team, finished sixth at Darlington, then came home last at Richmond after a flat tire sent him into the wall and out of the race.

Bowman is 28 years old and in his seventh Cup season, with three of his five career wins coming this year. He has run 10 races at Bristol with a best finish of fifth in 2018. He chuckled when asked about the difference between his Bristol record and Kurt Busch’s.

“I drove it straight into the fence,” he said. “When you put yourself in a hole like that, it’s tough to overcome. Unfortunately, we didn’t have a night capable of overcoming that [at Richmond] and we’re going to have to go do that [at Bristol].

“Yeah, it’s a bummer,” he said. “It puts us in a really tough spot. But when you have these three-round deals, that’s what happens.”

Bowman said his precarious spot in the playoff standings has brought more media attention than he’s used to — attention usually garnered by Hendrick teammates Elliott (serial winner of NASCAR’s most popular driver award), Byron (often sponsored by Liberty University, which fashions itself a Christian school and where Byron has been a student), and Larson (five-time Cup Series winner this season).

“I think this is the most you guys have ever wanted to talk to me in my entire life,” Bowman said, smiling as reporters surrounded him when he climbed from his car after the Richmond race.

“Typically, it’s one question, and you’re like, ‘Aww, this kid sucks. Can we get the next one?’

“Yeah, I got the most popular kid in school; Baby Jesus; and Kyle Larson, the most talented race car driver of our generation, as teammates — so I’d rather talk to them, too.”

If he makes the cut at Bristol, Bowman can count on reporters’ questions for at least three more races. More answers like that last one and he’ll always attract a gaggle of microphones.

Before we park this column, I’ll again hearken back to the preseason predictions I made in February. I picked 13 of the 16 drivers who made the playoffs. I picked Hamlin to win back-to-back at Darlington and Richmond — he was first at Darlington, second to Truex at Richmond.

And I have Larson winning at Bristol. It would be his first victory there. He has raced on the half-mile pavement 12 times, has qualified on the pole twice and notched a couple of second-place finishes.

On a day where Taylor Heinicke struggled, the Washington defense continued its stunning regression in a blowout loss to Buffalo.

Teel: Hokies' offense listless again in a victory over Richmond

Barber: Second-straight blowout loss leaves UVA with 'lots of work to do'

Quarterback Brennan Armstrong was sacked six times, but coach Bronco Mendenhall left him in through the final snaps, citing a need to help the team develop.

Kurt Busch (above) stood in victory lane after winning a Cup Series race in Hampton, Ga., in July. Alex Bowman (below) celebrated a Cup win in May at Dover (Del.) Inter-national Speedway. The drivers are tied for 12th going into the Bristol elimination race.