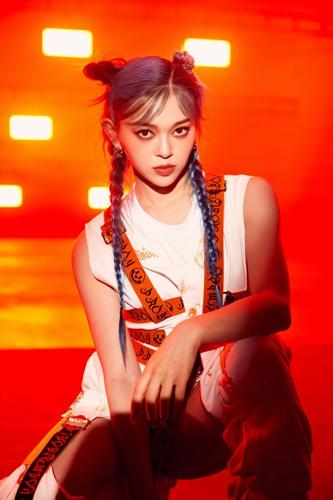 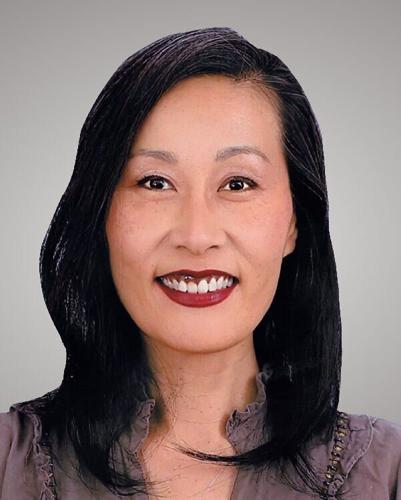 At the time of our Zoom interview, AleXa hadn’t heard that she had advanced to the finals of NBC’s “American Song Contest.” “I’m just grateful for this experience,” she said from Los Angeles, where the singing competition is filmed. “I performed for a huge American network in front of a live audience. Hopefully, I can take this positive energy and move forward with it.” Born and raised in Oklahoma – the state she’s representing on the show – the singer will later return to Seoul, where she moved to six years ago to pursue her music career. Fans may follow AleXa on Instagram (https://www.instagram.com/alexa_zbofficial/), Twitter (https://twitter.com/alexa_zb), YouTube (https://www.youtube.com/channel/UCWWzmRMh6BPcEt46XlTyp1w) and Facebook (https://www.facebook.com/ZBAleXa).

Q: Before you moved to Korea, were people in the industry pressuring you to move to Los Angeles or New York?

A: I don’t think I felt pressured. Other Americans would ask, “Where in California are you from?” Everyone's so shocked when I say Oklahoma, but I guess they don't typically associate Asians with Oklahoma. But my dad is from New York so I went there a lot when I was a kid. And I wanted to move to L.A. eventually because I know that L.A. is a place of creativity and performance. But Oklahoma's still my home ‘till the day I die.

Q: What was it like when you moved to Korea?

A: It didn’t feel strange at all, but I felt like I was in the future because of the architecture. There are some really state-of-the-art, really cool-looking high-rise buildings that I did not ever see in Tulsa. People comfortably spoke to me in Korean, even though when I first came, I did not know Korean at all. Every now and then in a taxi I’d be asked, “Are you Korean?” and I’d say, “I'm half.”

Q: You’ve said before that one reason you wanted to move to Korea was to try to find your mother’s birth parents for her. How is that going?

A: It’s still in a gray area. We did some digging and research about two years ago. Adoption laws in Korea are quite strict. If the birth parents are not in search of their child, the child has no permission to have any information on the birth parents. We unfortunately found out that my mother's biological mother has not gone searching for her, so we could not get any information provided. However, (my mother) did do one of those DNA tests and she got linked to at least two cousins, one of whom is in Norway. At the end of the day, the reason I really wanted to pursue being an idol was hoping that one day I become known enough that somewhere (someone will see and think), “Oh, we had a daughter who looked like that.” I'm hoping that some day some light gets shed on the situation, but only time will tell.

Q: Do you remember any childhood trips?

A: Yes. It was to New York City. I have a little kid’s memory of it, so it might be a little foggy. I’m pretty sure when I was there I saw a Broadway musical. I don’t remember if it was “The Lion King” or not. And then I remember this giant (now closed) Toys ‘R’ Us that was (four) stories high in Times Square. There was a big dinosaur inside. It would move and then stop suddenly and reset and restart. So I was on the floor by the head and it stopped. I had my back turned and was talking to my mom and my dad. When I turned around, his mouth was right open behind me! I am terrified of animatronics specifically because of this!

Q: Tell us about some of the other places you’ve visited.

A: Growing up I was a really big fan of anime and manga. I'd always seen really cool pictures of Japan. Thanks to my career, I've been able to go to Japan and I've been able to look around. Also, I had the opportunity to go to Singapore right after my debut and I want to go back. But even before my debut, I went to India for about a month. India is one of my favorite places to ever go to. I've had the opportunity to go to so many wonderful places thanks to the career that I'm pursuing.

Q: Some people love traveling for work in the beginning and then grow tired of it. How about you?

A: No, I'm enthusiastic about it. I’m a Sagittarius and we want to roam and travel the world. So any opportunity I get to go, even if it’s to a different part of Korea, I want to go. I went to Pohang one time and saw different facets of the country. I like to travel.

Q: Where have you not been to that’s on your bucket list?

A: I really want to do a tour of South America, if at all possible, because the K-pop scene is so huge down there. And I feel like it's almost largely ignored. I feel like (countries like) Brazil and Argentina have big K-pop fans there. Why not give them some performances? It just sounds really fun.

(Jae-Ha Kim is a New York Times bestselling author and travel writer. You can respond to this column by visiting her website at www.jaehakim.com. You may also follow “Go Away With…” on Twitter at @GoAwayWithJae where Jae-Ha Kim welcomes your questions and comments.)

Cottar's 1920s Camp is popular with guests yearning to recreate "Out of Africa" — but without the malaria, lion attacks and airplane crashes.

Cruise bookings smash records, and passengers accept COVID likely will be aboard

This Airline Amenity Is Making a Comeback, and It’s Refreshing

For those among us who like a tipple after takeoff, consider this a sign that the world is healing: Many airlines are resuming in-flight meals and alcohol service. Early on…

Who really needs clean towels and sheets every day on vacation? Ditto for super-long showers.

Go away with ... Natasha Lopez

“This pandemic has definitely shifted the meaning of vacation for me,” said Natasha Lopez, one of the stars of the HBO series “The Time Traveler’s Wife.” “Being in New York the

US airlines most likely to bump passengers

Bumping is standard practice for most carriers. Here's a look at the airlines that do it the most.

Can You Change Your Travel Insurance Plan After You Buy It?

Savvy travelers know to include travel insurance in their vacation budget and to buy a policy when they book their trip. Doing so provides the longest period of coverage and allows you to take advantage of coverage that must be added shortly after you pay your first trip deposit. But a lot can change before […]

TSA warns of travel ‘hiccups’ as it braces for ‘very, very busy summer’

There will be inevitable ‘hiccups’ this summer, as the largest airport passenger crowds since the COVID-19 pandemic began are anticipated.

Here's a look at the best travel rewards cards that provide travel insurance.

Given high gas prices, it might make sense that your next vacation involves an electric vehicle rather than one that’s gas-powered. Whether you’re renting an electric car for the first…