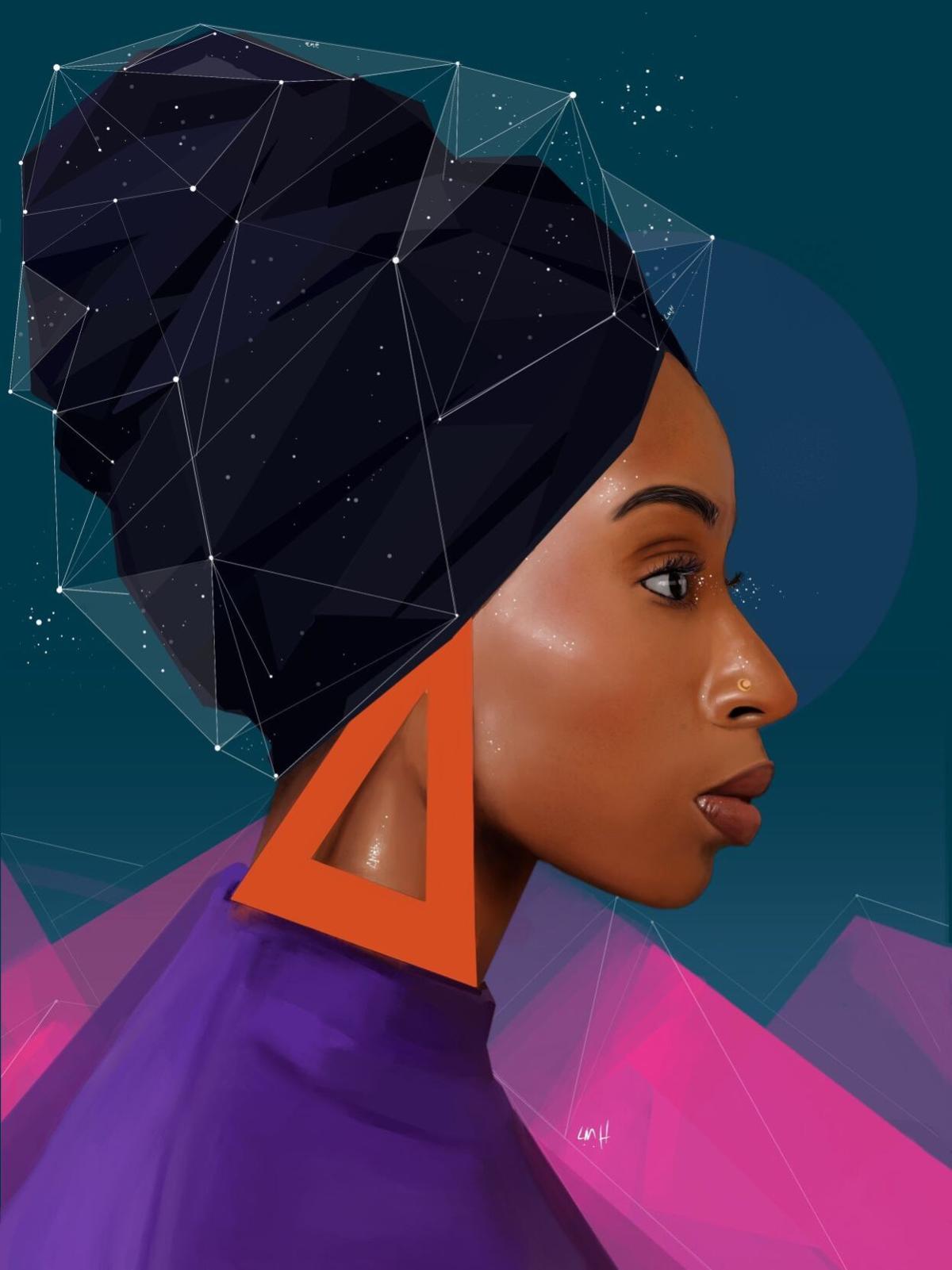 Last fall, artist Lethabo Huma, a student in South Africa, started making NFTs, like this “Midnight Blues.” Now she earns enough to pay her university fees and to help her mom. 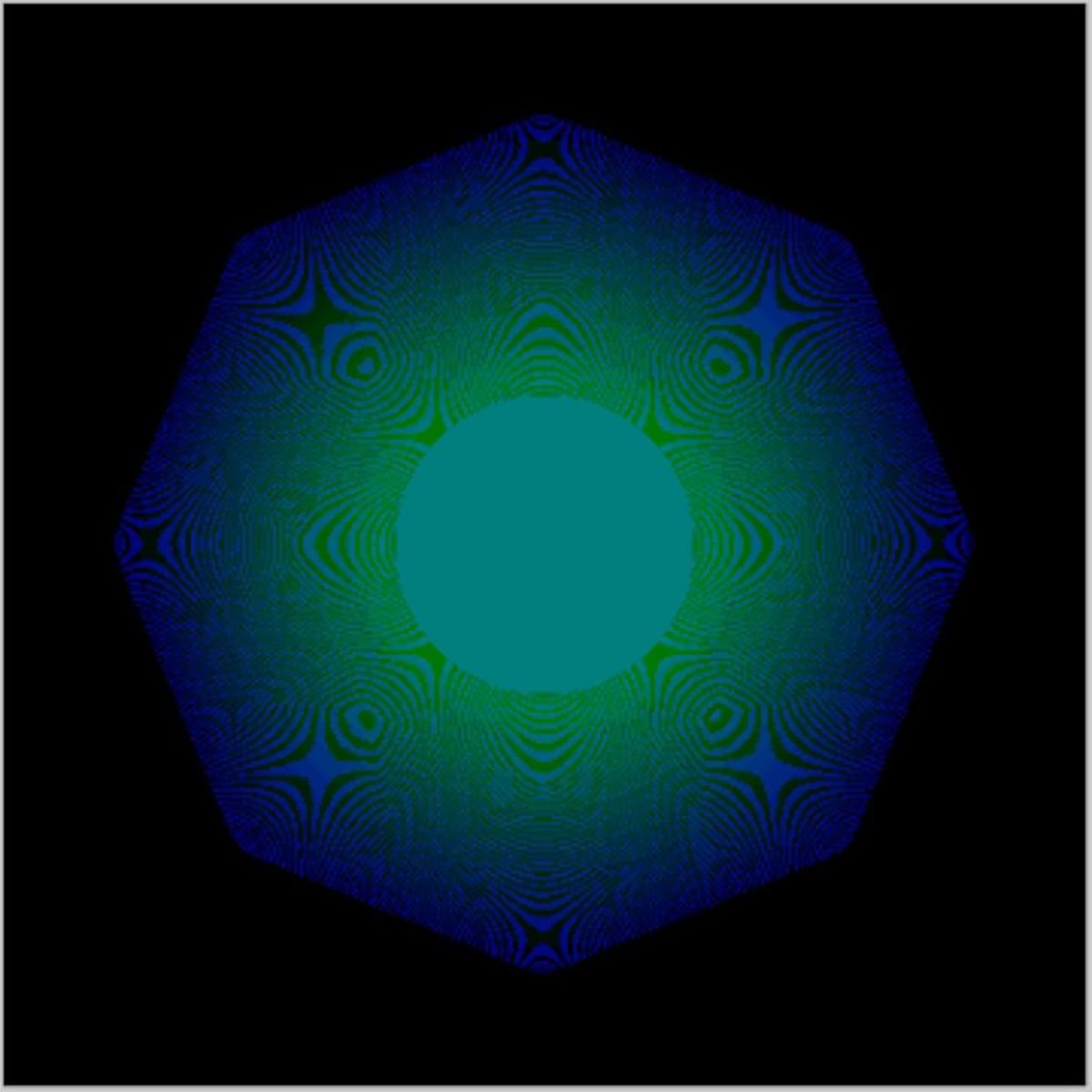 A still from “Quantum,” a 2014 GIF by Kevin McCoy, is considered the first NFT, or non-fungible token, artwork.

A year and a half before Beeple’s $69 million Christie’s sale would push digital art into the spotlight, Scottish artist Anna Louise Simpson made her own quiet but life-changing digital art sale.

At the time, Simpson, a divorced mother of two in Edinburgh, was struggling. She had given up a career in corporate law to get married and have a family, making art in her free time. After her 2015 split, she had no steady income. For years, she scraped by on child support and analog art sales.

In July 2019, Simpson used a process called “minting” to turn her digital piece “NYC Neon” into an NFT, or non-fungible token — a unique, verifiable digital object that can be sold like a physical artwork. The piece sold in a few days. Simpson was shocked. “I couldn’t believe it. I was jumping around the room,” she says.

But this was no megasale. In March, after his Christie’s sale, Beeple had made enough to buy a handful of private islands and a plane to fly to them. Simpson had made $41.

To Simpson, that didn’t matter. She was looking out onto a new world of possibility. “It was exhilarating,” she says. She ran to the bank to cash in the cryptocurrency.

“I wanted to actually, physically, hold it,” Simpson says with a laugh. “The kids still remember me running about with my $41.”

After the sale, Simpson calculated exactly how many NFT works she would need to sell per week to support her family, and she began minting obsessively through a popular digital art marketplace called SuperRare. Today, Simpson — whose digital collages might be described as Dada grunge meets Moulin Rouge glam — has sold the most artworks of any artist on SuperRare. Her income has more than doubled.

When you hear the term “NFT,” record-setting sales from Beeple and Pak probably come to mind. But beneath the glossy auction houses, breathless headlines and outrage, there is a global ecosystem of crypto artists who entered the once-niche NFT art space motivated by passion and curiosity. Most aren’t raking in millions or leading major sales. But many are making a decent living — ditching side gigs, supporting families, paying for college, buying houses — all by selling art in a form most of us hadn’t even heard of until the Beeple sale.

Although the attention has been a boon in some ways, an underground, nerdy punk movement ballooning to include art connoisseurs, “fintech” bros and the occasional pop culture icon was bound to have growing pains. The influx of financial interests threatens what many crypto artists value most about their success: the freedom to forget about money and focus on art.

The best way to think about NFTs is as a technology, akin to a special packaging certifying that a digital asset is an unaltered original. When artists “mint” a digital artwork, they register the work on the blockchain — a decentralized network that keeps a permanent record of all transactions. That artwork can then be exchanged for cryptocurrency (hence the term “crypto art”). Almost anything digital can be made into an NFT — a tweet, a newspaper article, a cat GIF, a viral photograph, etc. NFTs are particularly revolutionary for digital artists, whose work has long been overlooked because it is easily replicable and difficult to monetize.

New York-based media artist Kevin McCoy, who was involved in the 1990s net art movement, has been credited with creating the first NFT artwork. In a 2014 demo, he registered “Quantum,” a spinning-orb GIF, on the Namecoin blockchain and sold it to his collaborator Anil Dash for $4. The pair also created Monegraph, a platform for registering digital artworks on the blockchain. Today, McCoy says, major NFT marketplaces use largely the same approach.

In 2017, CryptoKitties brought attention to digital collectibles, and that same year, critic Jason Bailey declared on his blog, “Artnome,” that “The blockchain art market is here.” But for the most part, the crypto art world remained small and underground.

Before big money came in, crypto art appealed to outsiders, such as Colborn Bell, owner of the Museum of Crypto Art. “What attracted me to the space in the very beginning was that it was a fringe, rebellious punk group,” he says. “It was people saying: ‘We don’t need galleries. We don’t need anybody to tell us what is good art.’”

Robness, a Los Angeles-based crypto artist, responded to critics calling his art “trash” by selling garbage can GIFs. He describes the early community as “jokey.”

“The whole house of this thing was built on memes,” he says. “A lot of people don’t want to admit that.”

An anarchic spirit and unrefined aesthetic has defined crypto art. The artworks are an unlikely mashup of fine-art culture, trashy internet jokes and bitcoin references. Bailey wrote that judging crypto art by traditional artistic standards “kills it.” Instead, best to assess it by “potency of expression and creativity.”

Existing far outside the mainstream allowed the crypto art community to develop its own values, apart from — and sometimes in opposition to — the art world. The blockchain, which records every transaction publicly, is founded on a transparency foreign to hush-hush gallery culture. Decentralization means artists don’t need to flock to art hub cities. And the elimination of middlemen encourages artists to elevate one another rather than schmooze insiders at cocktail parties.

Tech savviness aside, crypto art also has a relatively low barrier to entry. Lethabo Huma, a 22-year-old artist and student at the University of South Africa, saved money on art supplies by making digital art on her iPhone. She learned about NFTs in September and is now bringing in enough money to pay her university fees and even help her mom with finances.

As NFTs have grown, they have brought artists unexpected security. Robness, once a broke musician sleeping in his car, says that sticking with crypto art turned his life around. Osinachi, an artist in Lagos, Nigeria, who makes his pieces on Microsoft Word, was able to quit his job as a librarian in March 2020 and buy a house.

“Yes, we all need to make money and take care of our problems, but that is not the primary thing,” Osinachi says. “The concern among many people who entered the space early is that people might start paying so much attention to the money that the NFT space starts looking like the traditional art world, where it’s all about the big money.”

In the early days, some crypto artists gave away artworks. Even the CryptoPunk character portraits that some say could sell for as much as $9 million apiece at Christie’s were once free. Harm van den Dorpel, co-founder of the all-digital Left Gallery, which has been making NFTs since 2015, says the gallery intentionally kept its prices low so artists could collect one another’s work. He is angered by the high amounts sellers are asking for crypto works post-Beeple.

Financial incentives also have led people to overlook structural problems with NFTs — the environmental toll of the Ethereum blockchain, where most NFTs live, as well as vital legal questions about ownership rights.

Securities lawyer Alexandra Damsker describes the NFT system as “jury-rigged together,” which she finds particularly concerning, given that many artists have come to rely on it. “I worry that if it’s not done well, it’s going to close doors to people who could really use this door, and that the legitimacy that these new areas of art are starting to have will disappear,” she says.

The success stories suggest there’s an untapped market that could make the “starving artist” a thing of the past. Robness thinks collecting crypto art will become as commonplace as buying records. Bell likens the movement to a 21st-century Renaissance.

But before NFTs can achieve Renaissance-level glory or record-store ubiquity, the biggest players will have to sharpen up, fix the infrastructure and realize that the stakes aren’t just financial — they’re human.

Three women discovered they were dating the same man. They dumped him and went on a months-long road trip together.

Three young women are touring the West together this summer, united by something they never imagined they’d have in common: They all had the s…

In April, the Mormon temple near D.C. will open to the public for the first time since 1974

When Moira Gilchrist was first approached by Philip Morris International Inc., she wondered what a tobacco company wanted from a scientist who…

Two women chatted in a bathroom. They soon realized they were each a match for the other's husband, who needed a kidney.

Tia Wimbush and Susan Ellis have been co-workers for a decade, and while they didn’t know each other well, they learned two years ago that the…

WASHINGTON — More than six months after police Sgt. Aquilino Gonell battled the mob that stormed the Capitol, he remains hobbled, a hand scarr…

We all know what to do with clothing, dishes, canned goods or books we no longer need. We pack them up to donate to a local thrift store or fo…

A grasshopper and a dolphin walk into a bar. There’s no joke here, only romance: In Netflix’s reality show “Sexy Beasts,” which premiered Wedn…

A guide for summer travelers: How to rent a house, car, boat or RV

When Monica Fish needed lodgings for a family reunion in Fort Lauderdale, Fla., this summer, she chose an unconventional rental option.

Last fall, artist Lethabo Huma, a student in South Africa, started making NFTs, like this “Midnight Blues.” Now she earns enough to pay her university fees and to help her mom.

A still from “Quantum,” a 2014 GIF by Kevin McCoy, is considered the first NFT, or non-fungible token, artwork.