A powerful storm packing hurricane-force wind gusts is expected to bring torrential rain and enormous waves to Alaska's west coast this weekend, threatening to cause major flooding and beach erosion.

The system -- the remnants of Typhoon Merbok -- has been described by forecasters as "the strongest storm in over a decade" as it moves over the Bering Sea, which spans the northern Pacific Ocean between Alaska and Russia.

"This is a dangerous storm that is expected to produce widespread coastal flooding south of the Bering Strait with water levels approaching levels not seen in nearly 50 years," the National Weather Service warned in a forecast Thursday.

Along Alaska's shore, the main threats are a double-whammy of coastal flooding and winds up to 60 mph with higher gusts that could displace loose objects, damage buildings and bring down powerlines.

Weather officials in Alaska also urged residents to prepare for the storm as it could threaten to overwhelm critical infrastructure and wash away roads. The storm's impacts are expected Friday through Sunday morning, with water levels rising the highest Saturday.

"Some locations may experience their worst coastal flooding in nearly 50 years. Peak water levels will persist for 10 to 14 hours before water recedes," the weather service in Fairbanks, Alaska, warned.

Some areas including Savoonga, Diomede and the Bering Strait could see those conditions along with even higher wind gusts of 90 mph. Other areas at risk are the Chukchi Coast and Kotzebue Sound, the weather service in Fairbanks said.

Coastal flood watches have also been issued for all coastlines along the west coast of Alaska between just north of the Arctic Circle down through the Kuskokwim Delta coast.

"When a big storm comes in, we always say 'does it compare to the 2011 storm?'" Jonathan Chriest, a meteorologist with the weather service in Fairbanks, told CNN. "This is the first storm since 2011 that we have high confidence ... will compare impact-wise."

On Friday, the remnants of Merbok are forecast to move into the Bering Sea and "bomb out" in a process also known as bombogenesis, referring to a pressure drop of 24 millibars in 24 hours or less. That means the storm is rapidly strengthening and has the potential to cause significant damage.

"Winds will peak early Saturday morning near Shishmaref, and during the day Saturday near Kotzebue and the Chukchi Coast," the weather service said. "Coastal flooding will occur, in addition to significant beach erosion."

While most areas will see around 1 inch of rain with this storm, some areas could pick up as much as 2 to 3 inches through the weekend. Even if Anchorage picks up 1 to 2 inches from this storm, it will push this year into the top five wettest years on record.

What summer weather was like the year you were born

Summer weather over the years

1921: Highs and lows in North America

1922: An extreme drought in Minnesota

1923: Heavy rain in the breadbasket

1939: A dry summer in the breadbasket

1956: Drought and heat in the Midwest

1976: Extreme drought in the Midwest

1987: Average across the board

1993: A rainy summer in the Southwest

2001: Extremely wet in the Midwest

2002: Widespread droughts around the US

2006: Extreme drought in the South

2012: Dry conditions in the Rockies

Why the sudden surge in the tropics?

As spring turned toward summer this year, most of the ingredients were in place for another active hurricane season — or at least one that was…

Quiet weekend, but pay attention to the tropics

No big issues are ahead for this first fall weekend in the Richmond area. The sun will fade behind more clouds on Saturday, but temperatures w…

Much cooler for now, and the tropics are calling

A small cluster of thunderstorms in the southwest Caribbean is expected to organize into a legitimate tropical system during the weekend.

Meanwhile in the Atlantic, Hurricane Fiona reached Category 4 status on Wednesday, and Nova Scotia and Newfoundland are at risk for truly epic flooding.

The fall allergy season is getting worse

Pollen’s second season is well underway in Richmond. And like the spring pollen season, Richmond is among the worst in the country.

Hurricane hunters flying in Ian's strong winds: Here's what happens when plane is in storm's eye

Scientists on planes flying through Hurricane Ian's center are taking measurements satellites can’t and sending them to hurricane forecasters.

As Hurricane Fiona turns toward Bermuda, another tropical wave heads toward the Caribbean

Hurricane Fiona will continue to make headlines as it churns across the Atlantic and races northward. As the first major hurricane of the seas…

Don't shower during a thunderstorm. Here's why

Lightning can travel through plumbing, so don't shower or wash hands or dishes during a thunderstorm. That's what the CDC advises.

Climate Central found Virginia has about 160 square miles of land — roughly the size of King George County — that will fall beneath the low tide line in 30 years.

Ask the Weather Guys: What happens to hurricanes in the mid-latitudes?

Hurricanes do find their way to the mid-latitudes with regularity, especially in the western Pacific Ocean basin. 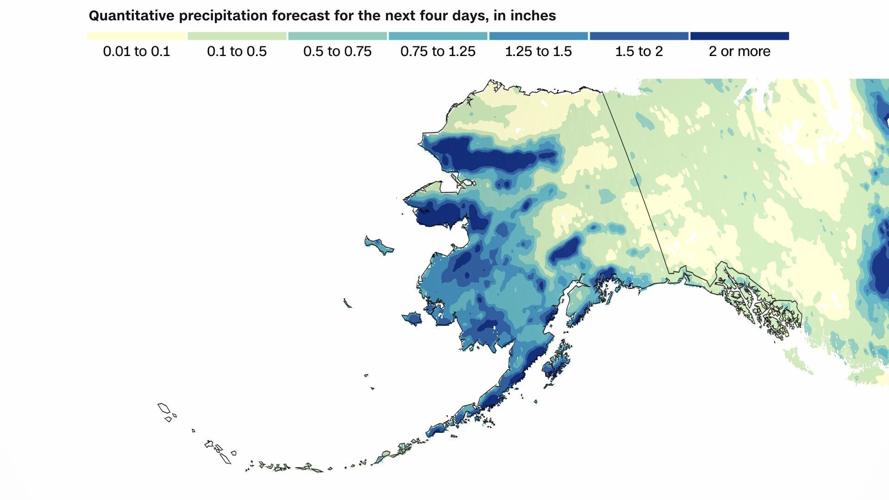 A powerful storm packing hurricane-force wind gusts is expected to bring torrential rain and enormous waves to Alaska's west coast this weekend, threatening to cause major flooding and beach erosion. 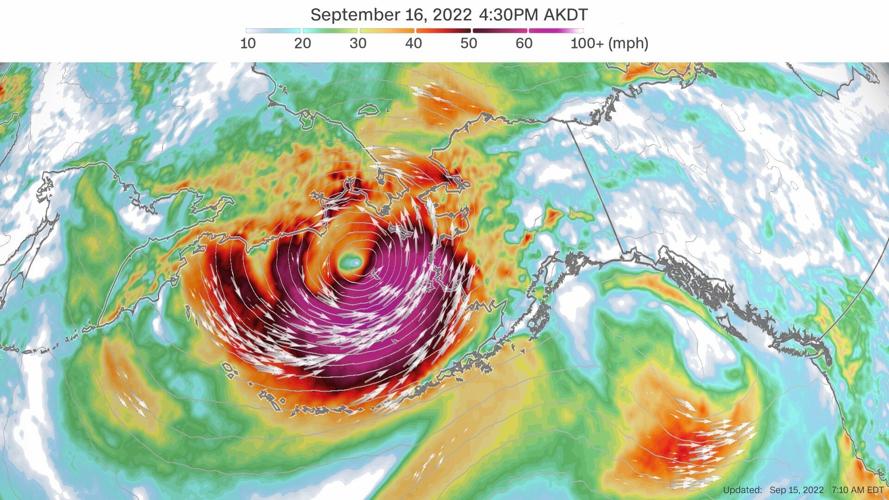 The remnants of Typhoon Merbok are expected to hit Alaska on September 16 and into the weekend.