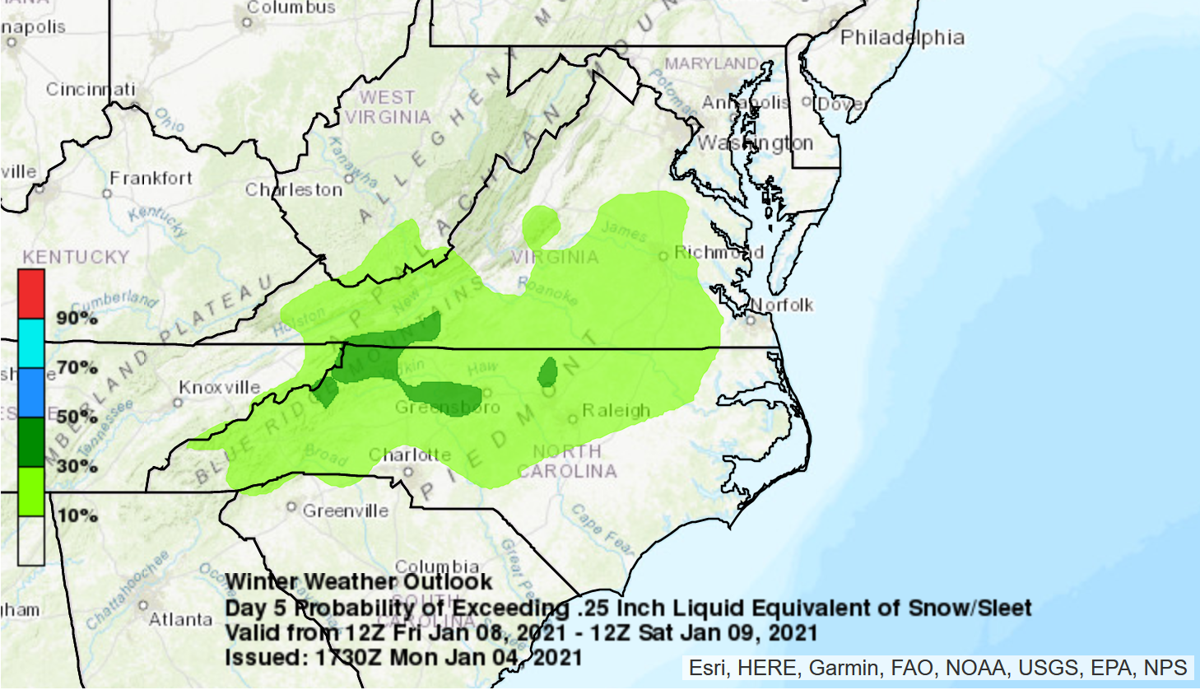 Friday’s probability of seeing 0.25-inch liquid equivalent of snow or sleet, which roughly translates to 2 to 3 inches. Richmond and many other parts of Virginia and North Carolina, the areas in light green, have at least a 10% chance of seeing that much by Saturday morning. But the chances are better, above 30%, for the mountains southwest of Roanoke. 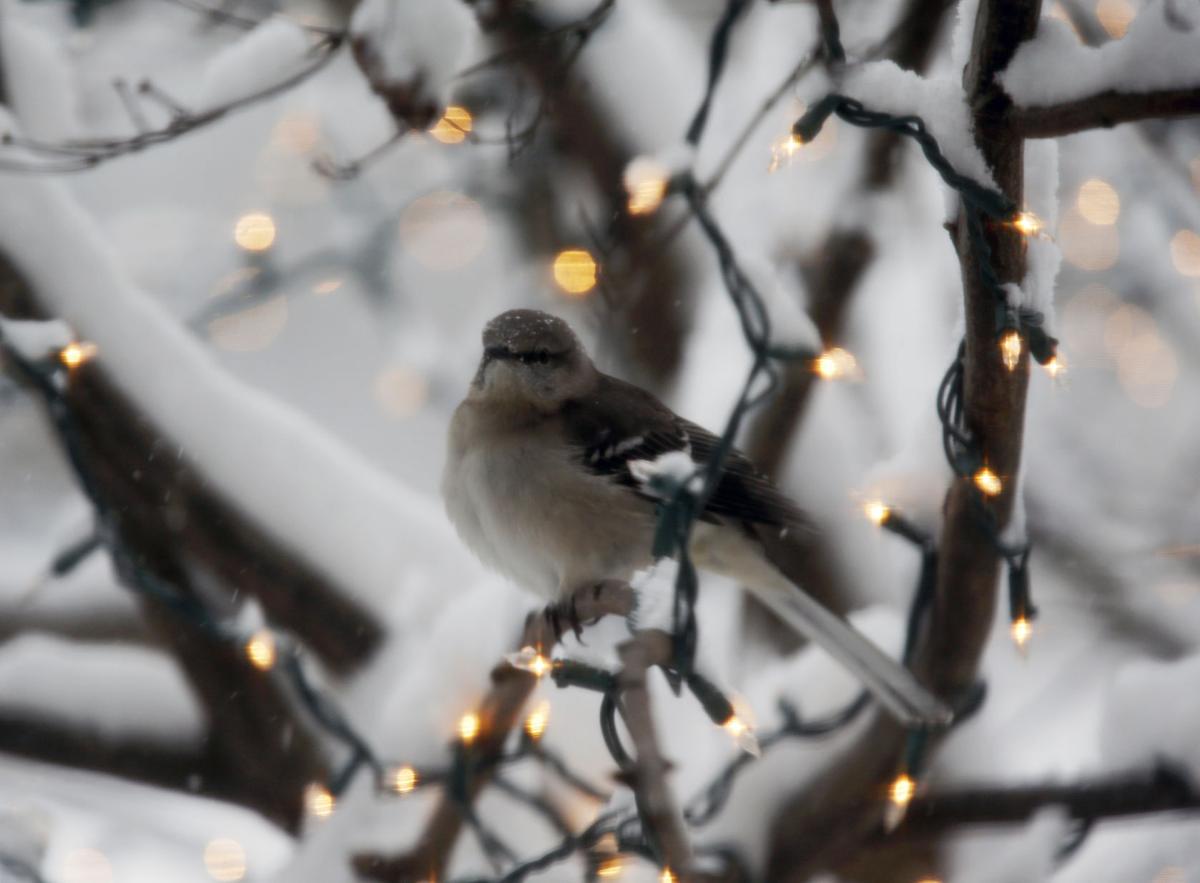 A mockingbird perched in a tree still adorned with Christmas lights as snow fell in Varina on Jan. 7, 2017.

If you love snow but have been feeling a little left out lately, the good news is that there are still about 12 weeks left in Richmond’s main snowy season.

And if you can’t stand the stuff, well, there’s only about 12 weeks to count down.

Telling you what will happen between now and spring would be just a wild guess.

As we know from the not-so-distant past, we may not really see that snowy wallop coming until just a few days out. So any overly specific approach to our long-range weather is doomed to fail. But that doesn’t mean we can’t see anything useful out there.

This weekly update will try to close that gap. We’ll take a quick peek around the bend to see if the patterns are more or less favorable for snowy, icy weather in central Virginia. Or, just to see if the overall weather situation is more or less predictable than we’d expect in the one-to-two week range.

Looking ahead, as of Jan. 5

There’s an interesting window to watch on Friday or Friday night while we’re on the northern side of a low that’s expected to cross the Southeast U.S. It could yield a proper winter storm for the southwestern mountains of Virginia, but it’s not yet looking like a major threat for central and eastern sections of the state. The system could deliver some light snowfall to our area, and a slight chance of shovel-worthy stuff if everything lines up right. Otherwise, it would be rainy. Both the track and the time of day could make the difference in terms of precipitation type. Look for an update later this week.

With a warm upper-level ridge set to prevail over the West Coast and a cold trough over the Eastern U.S. next week, we could be open for business.

But the name of the game, as always, is getting moisture to meet up with cold air in the right way. There’s nothing to nail down in terms of chances or amounts, but the early part of the workweek could be another interesting window to watch.

Temperatures will be in the ballpark for snow, but it’s no guarantee that Richmond won’t end up rainy while Lynchburg and Louisa deal with flakes. And there are now hints that January takes another colder turn here at or around midmonth.

Friday’s probability of seeing 0.25-inch liquid equivalent of snow or sleet, which roughly translates to 2 to 3 inches. Richmond and many other parts of Virginia and North Carolina, the areas in light green, have at least a 10% chance of seeing that much by Saturday morning. But the chances are better, above 30%, for the mountains southwest of Roanoke.

A mockingbird perched in a tree still adorned with Christmas lights as snow fell in Varina on Jan. 7, 2017.