The weather pattern for the next couple of weeks is more typical of Virginia for the middle of January, with a brief shot of cold air for a couple of days, a modest warm up, some rain, and another shot of cold air.

The pattern repeats about three times over the next 10 days, but it does not look like enough cold air will be in place for ice or snow during that time. Richmond will get a few colder nights in that stretch, with lows falling into the teens for a couple of nights next week, but no prolonged stretch of especially cold weather is ahead in the next week and a half.

The rain and melting snow put a solid dent in the drought. Although most of the state is still abnormally dry, the area under a moderate drought dropped from 59 percent to 13 percent in the last week. The few cycles of rain in the next week and a half should keep us from falling back into a deeper drought, but an overly wet pattern is not expected.

Friday is windy and cold in the wake of the small early morning system. Most of the day is sunny, and you may notice the air turns much drier Friday and Saturday, so crank up the humidifier in the house for a couple of days if you have one.

But for early January, this weekend will be pretty good to be outside. Saturday will be cold, but with lots of bright sunshine and very little breeze compared to Friday. The morning starts in the teens and climbs into the 30s for the afternoon.

Sunday is not quite as cold, starting in the 20s with a clear sky. But clouds will increase as rain approaches from the west late in the afternoon. It’s still a little far out to precisely determine when rain arrives, but for the moment, it appears it will wait until after dusk, allowing highs to reach well into the 40s for the afternoon.

Once the rain moves through Sunday evening or Monday morning, the pattern repeats, with another shot of Arctic air for a couple of days to start next week, meaning highs in the 30s to lower 40s with lows in the upper teens to 20s.

If you don’t think it gets bitterly cold as often as a few decades ago, you’re right. The coldest temperature recorded each calendar year in Richmond has been trending upward over the last 50 years as the planet has warmed.

10:30 a.m. Thursday update: Sun and scattered clouds through most of Thursday in Richmond, which gets afternoon temperatures in the upper 40s, and an area of rain and snow remains on track for Virginia on Thursday night. But the sweet spot of 2-4 inches will hold northwest of Richmond — toward Charlottesville and Culpeper in addition to Fredericksburg and the Northern Virginia suburbs of Washington.

For metro Richmond, a few hours of rain develop Thursday evening, around 10-11 p.m., then a brief transition to snow takes shape for an hour or two before ending around 4-5 a.m. on Friday morning. The end result is a coating to an inch of snow for most of the metro area, but rain will change to snow a little bit earlier toward Ashland, Goochland, and Short Pump, where an inch or two is more likely.

Southern parts of the metro area, toward Matoaca, Colonial Heights, and Hopewell will get very little snow at all before the precipitation ends.

The sky clears quickly just before sunrise, making for a sunny Friday, but temperatures most of Friday will hold in the 30s with a gusty cold wind.

Wednesday evening update: Seasonably cold, but quiet weather continues with lots of cloudy periods Wednesday night and Thursday. Some areas of fog develop early Thursday morning, especially north and west of Richmond where there is more snow on the ground. But a few breaks of sunshine on Thursday get temperatures into the 40s for most of the afternoon.

The data show noteworthy trends for the storm that will impact Virginia on Thursday night, but none of them favor an increase in the snow forecast for Richmond.

With that in mind, we will edge back a bit on the snowfall forecast for Richmond, calling it about an inch. The storm starts as rain a couple of hours after dusk, then changes over to snow before it all ends a few hours before daybreak.

However, north and west of Richmond, temperatures will be lower throughout the storm, so 2-4 inches will be common toward Fredericksburg, Charlottesville, and Roanoke (Winter Weather Advisories have been posted in those locations). Precipitation will also start a few hours earlier toward the Blue Ridge Parkway.

Statewide, this storm will not be anything close to the ferocity of the Monday storm, but travel is not recommended north and west of Richmond on Thursday night if it can be avoided.

In the wake of this system, Friday will turn mostly sunny, but windy and cold, with temperatures no better than the upper 30s in the afternoon. This leads to a clear and cold Friday night. Even as the winds back off during the evening, temperatures drop through the 20s after sunset and into the teens by daybreak Saturday.

For the weekend, Saturday brings bright winter sunshine and very little wind, so it will be a nice winter day to be outside as highs edge into the lower 40s. Clouds roll back in later Sunday morning, and rain will be approaching late in the afternoon. Despite the clouds, highs will reach the lower 50s on Sunday.

Once the rain clears Sunday night into early Monday morning, a fresh shot of cold air returns, keeping Monday through Wednesday dry, but with temperatures averaging a little bit below normal.

Much like Tuesday, sunshine and low humidity will settle over metro Richmond on Wednesday. Such a combination will become much more scarce in …

Neither Saturday nor Sunday will be entirely dry across central Virginia, but the second half of the weekend will bring more sunshine than the first.

During the hottest part of Friday and Saturday, the heat index, or the apparent temperature combining the impact of heat and humidity, will be hovering near 100.

Less humid for now, but a hot and humid weekend is looming

Richmond gets a break from the higher humidity of the last couple of days on both Tuesday and Wednesday, and there is no chance of rain either day.

Record heat through the weekend

The heat starts Friday, with Richmond in record territory Friday and Saturday.

More clouds and showers, but a nice Sunday ahead

Clouds and nuisance showers will continue to dominate central Virginia weather through Friday and most of Saturday. Neither day will bring a c…

Cloudy and cool, but steadier rain waits until Friday

The swirling coastal storm that has been nearly stationary off the North Carolina coast begins its slow westward trek into the Southeast on Thursday. 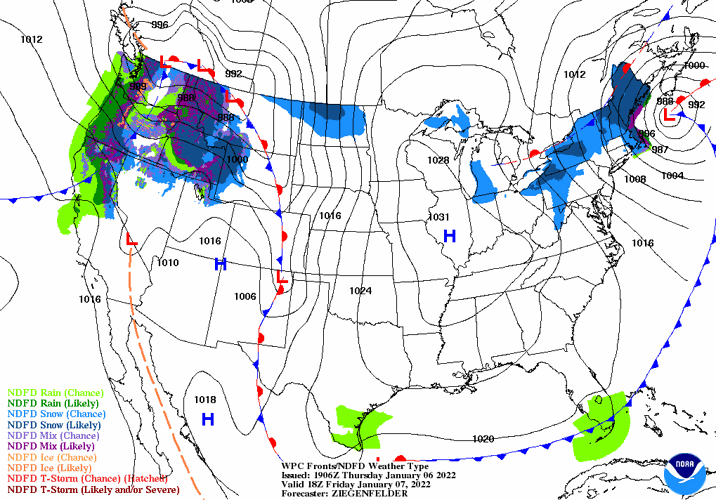 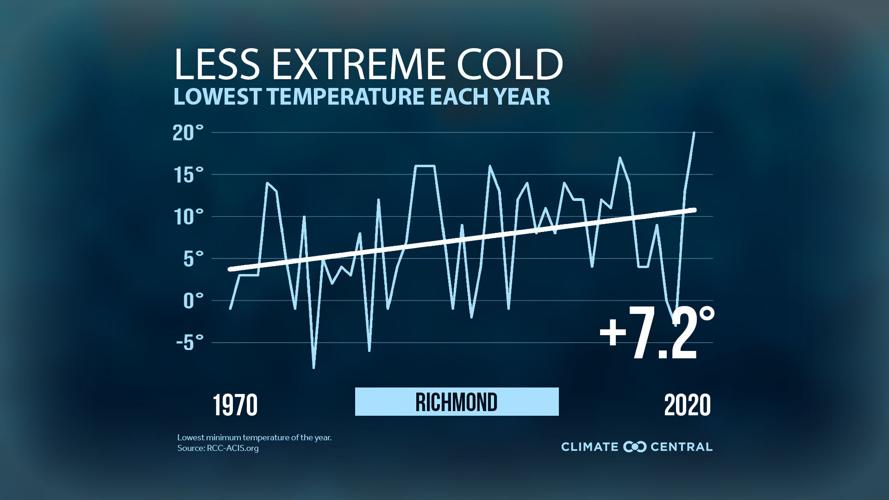 NOAA data shows the coldest day each calendar year in Richmond over the last half-century. The lowest temperature in 2021 was 17 degrees on Jan. 30.