The scale of a snowstorm stands out with rulers and yardsticks. Rainfall and rivers have gauges, or sometimes a depth of water in a place it doesn’t belong.

Hurricanes and tornadoes have their tiered intensity categories, not to mention textbook signs on radar.

We meteorologists try to give context to hot weather with comparisons with historic records, or sometimes-abstract averages.

Then throw in the varying effect of humidity and comfort scales, and a heat wave can be an awfully nebulous thing to picture.

But we know hot weather greatly affects our quality of life when it’s excessive or comes out of season, and takes a heavier toll on the most vulnerable people.

And we know climate change isn’t making our hot Virginia summers any easier to deal with.

A 90-degree day doesn’t sound extreme. It may be perfect for pools and cookouts.

But 90 happens to be a useful benchmark in Richmond. Our normal daily high peaks at that level in July. So no matter what day of the year we hit, say, 91, that’s statistically hotter than normal.

Counterintuitively, it’s also normal to gradually rack up dozens of 90s between April and October.

So maybe it makes more sense to think of 90-degree weather like a hill to climb each summer, based on an accumulating tally of hot days.

No year is ever perfectly average. But if it were, those 90s would creep in slowly by May and early June, add up neatly on every other day through July and August, then taper off in autumn.

The new 30-year climatology (based on the 1991 to 2020 era) puts Richmond’s normal count at 44.9 days at or above 90, according to the National Oceanic and Atmospheric Administration.

But that shift is proof that the “hill” of hot weather is getting higher over time, and the climb is perhaps taking longer to finish over the course of the year.

When we graph out that metaphor using 2020 as an example, it got off to a slow start with no 90s at all until this stretch of early June.

Then, last July’s long streak of hot weather was a particularly steep section to climb. By September, we topped off our 90-plus count at an above-normal 49 days.

We don’t yet know where 2021 will end up, but we’re already out ahead of the typical pace thanks to May’s dry heat.

Through June 4, the year-to-date count was seven days. And we’re likely to stay ahead of that normal pace over the next week with several hot afternoons in store.

There is a connection between drier weather and hotter afternoons, and vice versa. Some of our recent summers were rather steamy and saturated, so 90s were harder to hit outright at times even though the heat index felt like it.

So if this summer continues to tilt toward drought across the region, don’t be surprised if 90s become more routine than 80s. And maybe more 100s will enter the picture if patterns allow.

Louisiana had three hurricane strikes last year. Other states have gone decades without. Here's why.

The past several hurricane seasons devastated parts of the United States, yet some stretches of coastline have gone generations without seeing…

Flowers and crops are feeling this spring's weather extremes in central Va. 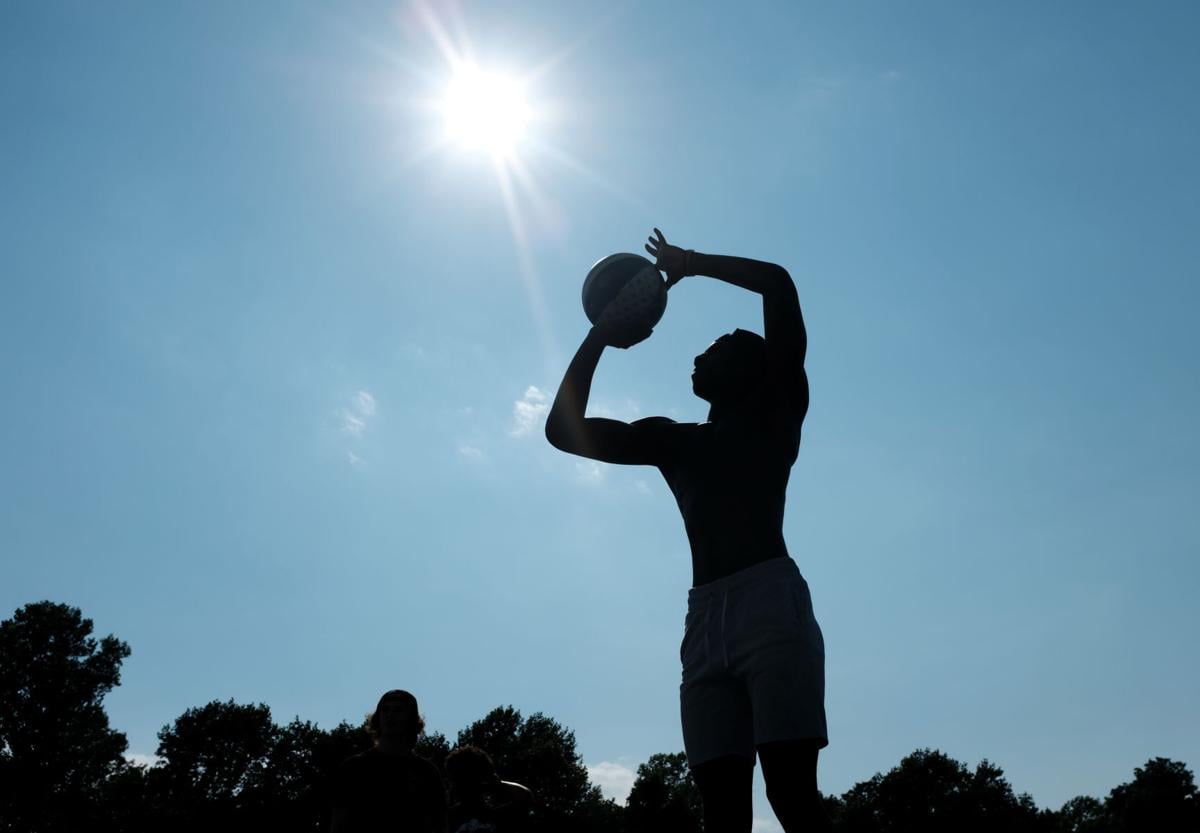 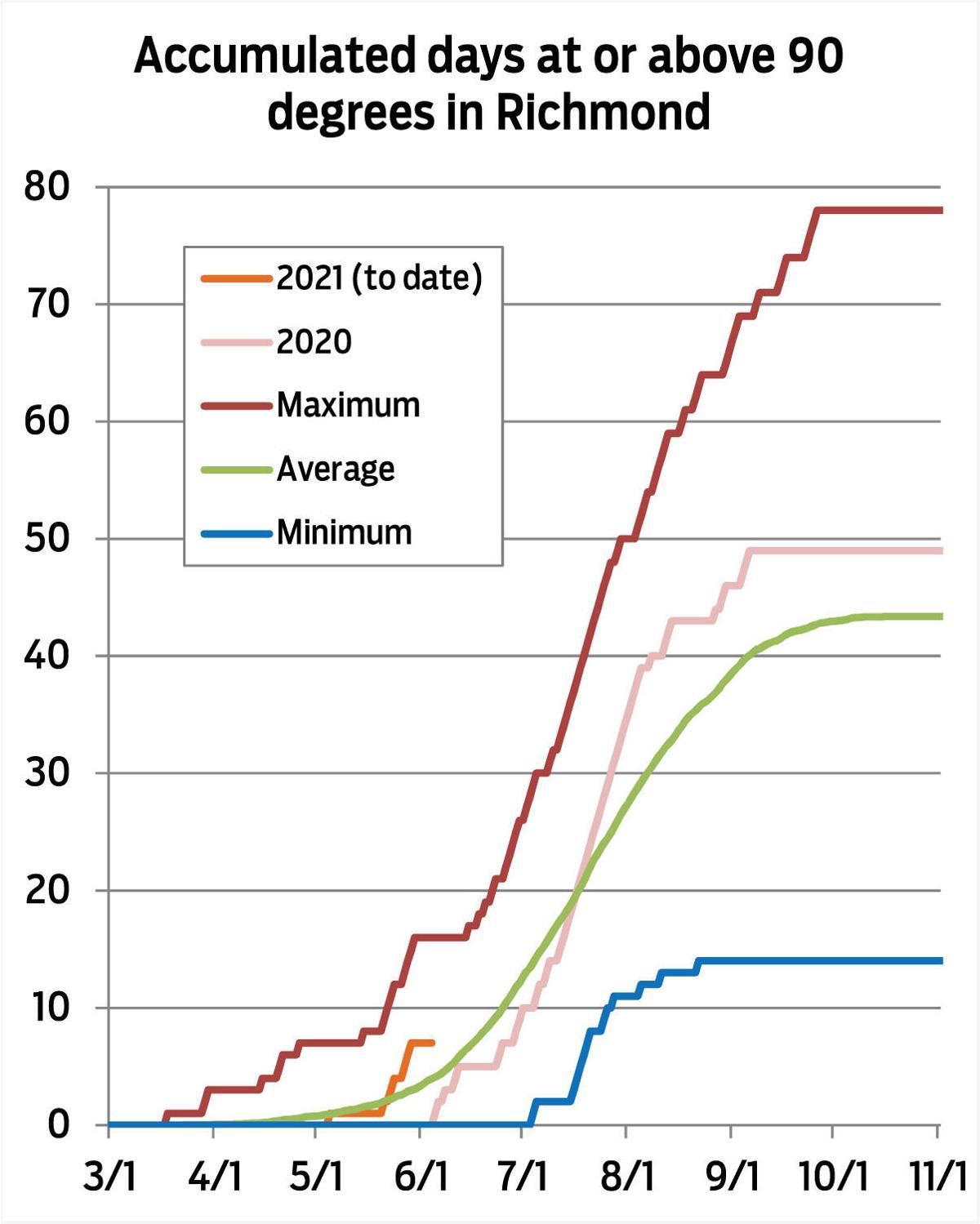 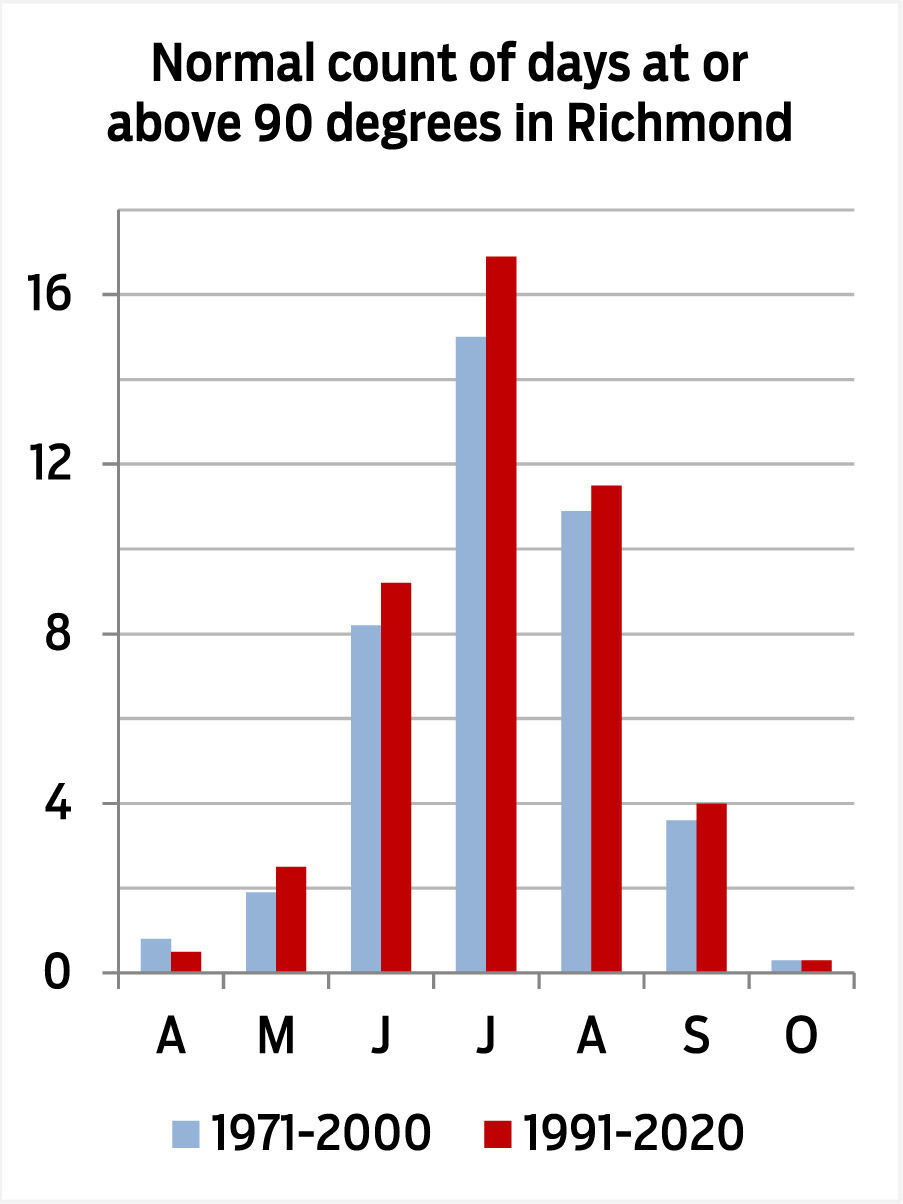