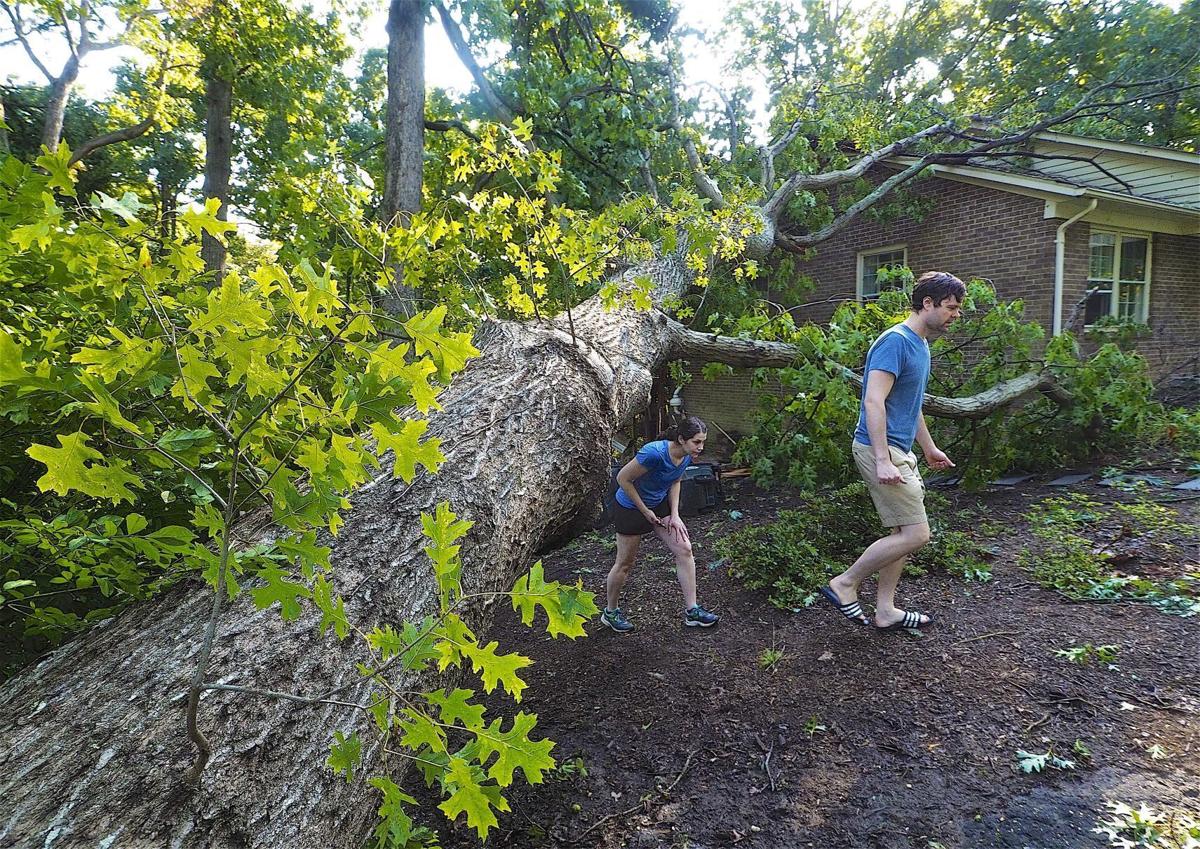 Amanda and Joe Carter examine the damage that a felled oak tree did to their Braehead home during a thunderstorm. 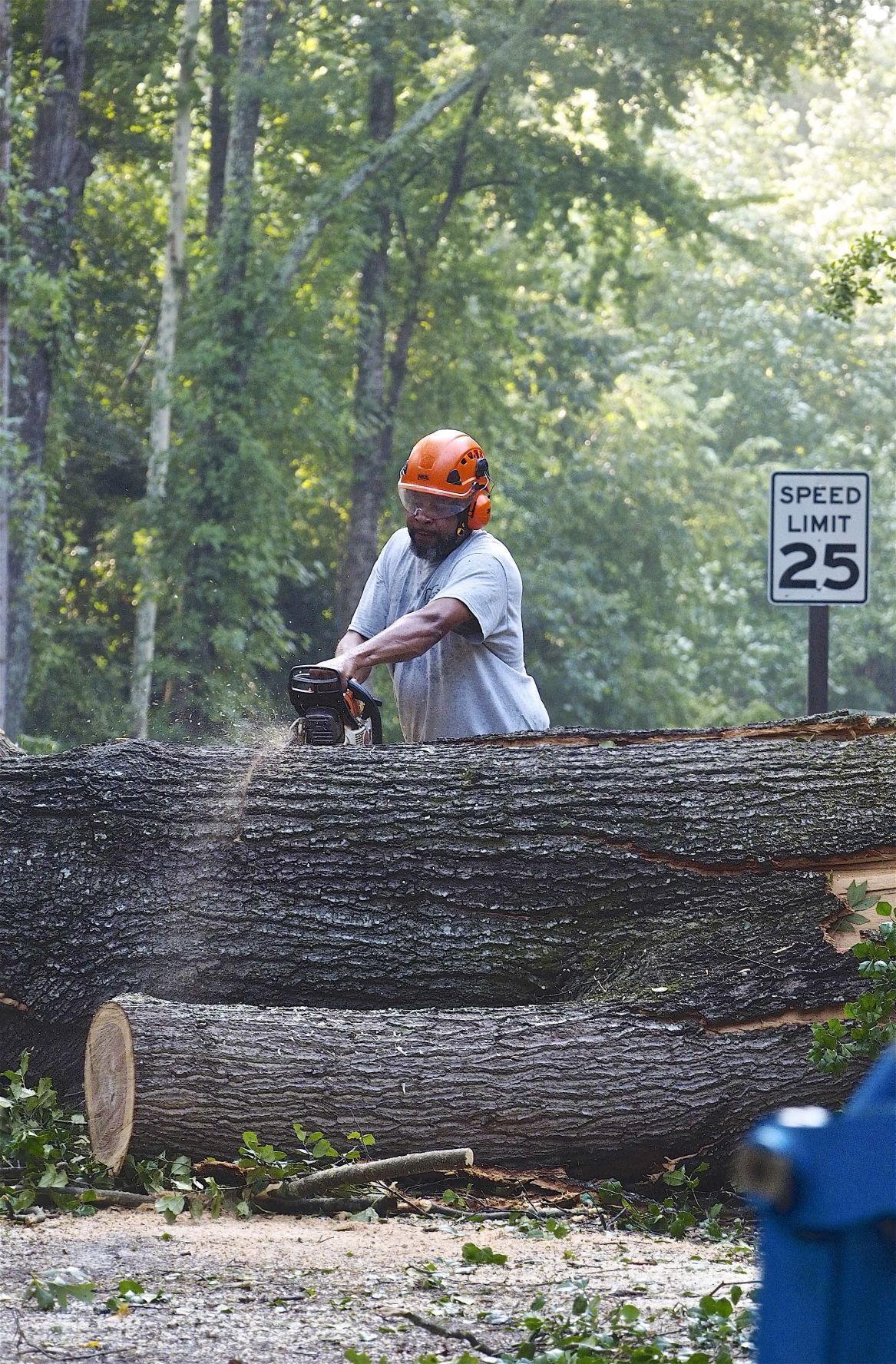 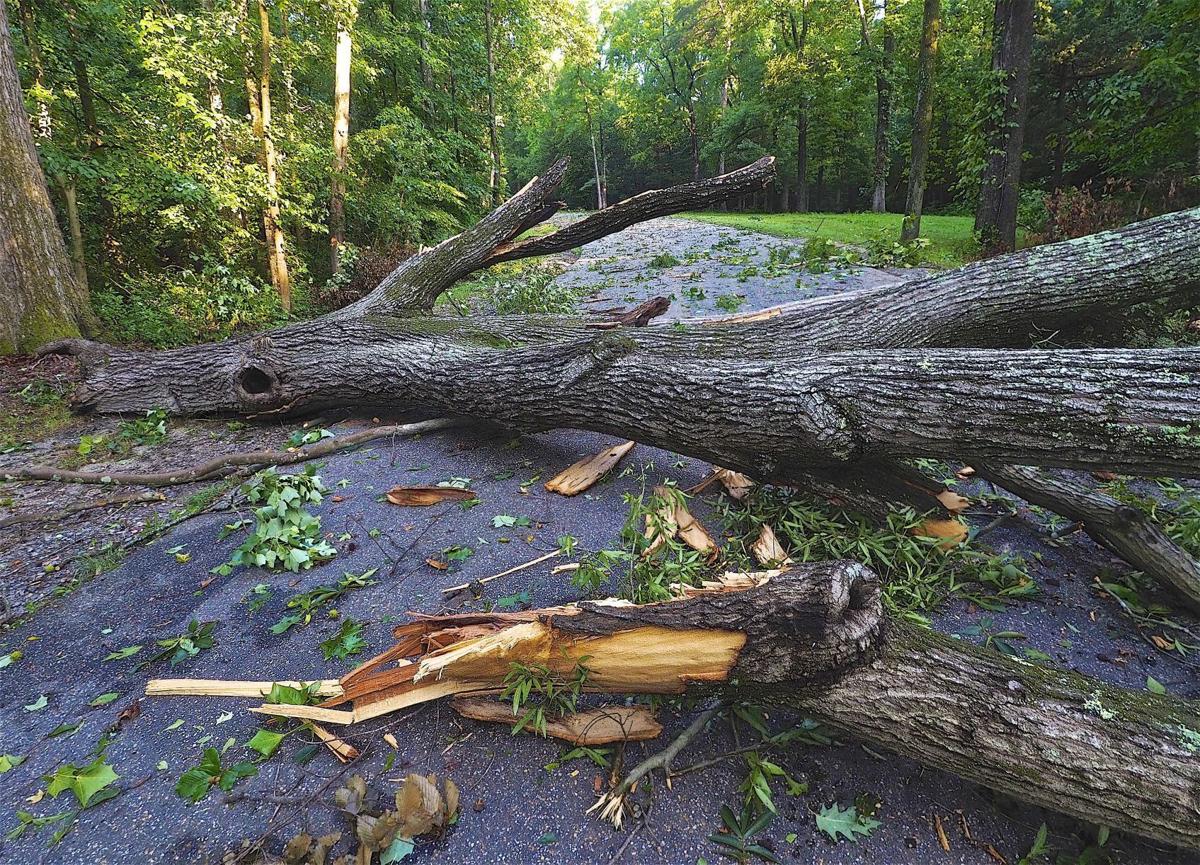 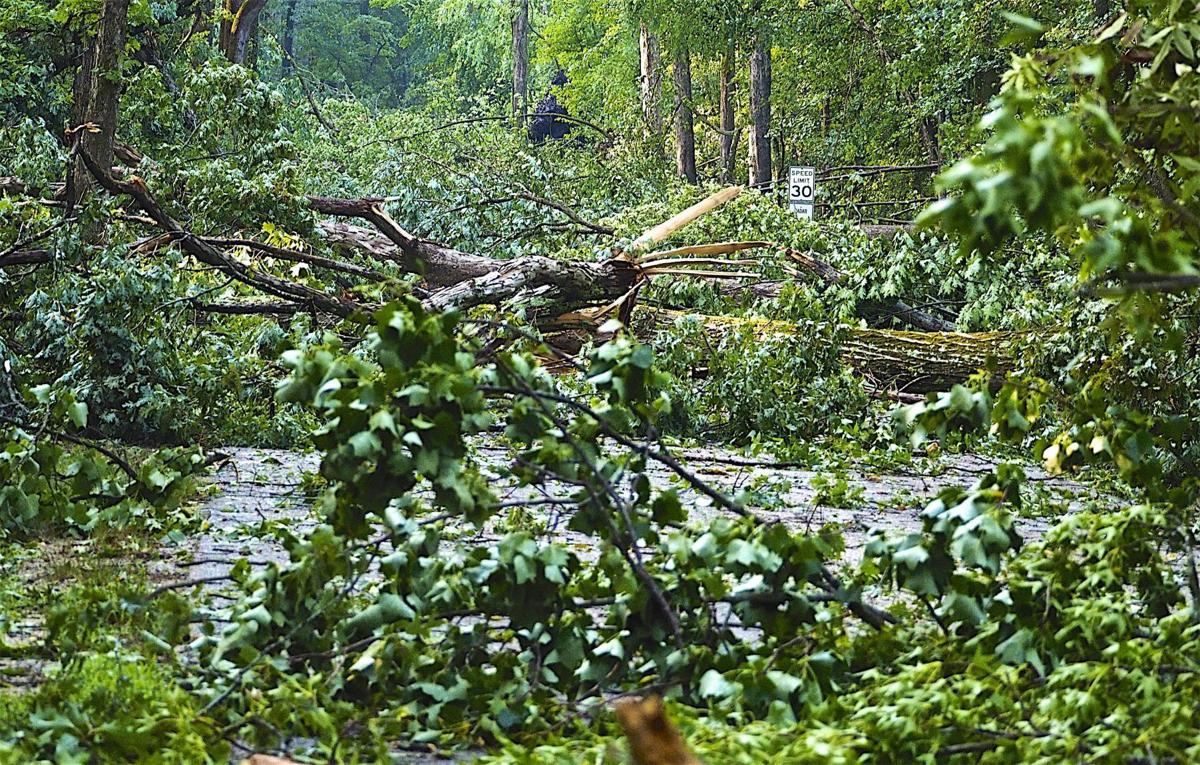 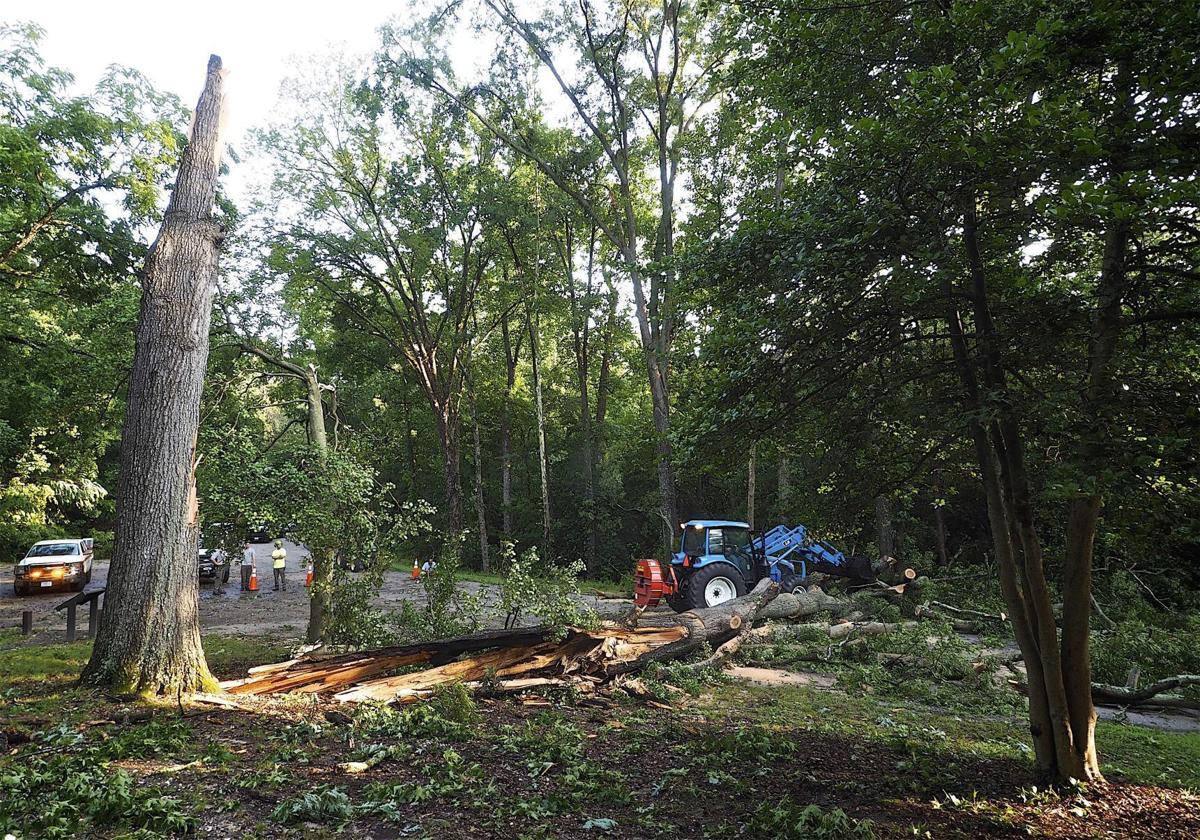 On Thursday, workers clear a tree that fell along Lee Drive during Wednesday’s storm. There was extensive damage around Lafayette Boulevard in the city.

Wednesday’s severe storms in the region included a microburst, according to a meteorologist from the National Weather Service.

The sudden, violent storm centered over Lafayette Boulevard in Fredericksburg took down trees and caused power outages and property damage, particularly in the Morningside and Braehead subdivisions.

“Basically, that storm went up and down really quick,” said meteorologist Cory Ledbetter. “It jumped up, got really tall and then just splatted down, pretty much right over Fredericksburg. It occurred really, in a span of about 30 minutes.”

“It was a really severe thunderstorm,” said Ledbetter.

Although Ledbetter said there was no radar indication of a tornado in the Fredericksburg region Wednesday, it appears the microburst occurred between 4:45 and 5:20 p.m., producing a downdraft of powerful, dangerous wind.

Joe Carter, who lives in the 300 block of Braehead Drive, said a little after 5 p.m. Wednesday, his wife Amanda heard a loud bang extremely close to their home. She first believed it was lightening.

“It turned out to be the tree falling,” said Carter. “My wife said when the tree hit the house, it shook it and knocked the cabinets open.”

Carter, who has since had power restored to his house, said he arrived home Wednesday about one hour after the incident and found his neighbor’s tree had fallen on his roof and back patio. He said trees and debris littered the whole neighborhood.

“It was unreal,” said Carter.

Ledbetter said the weather service received a “ton of calls” Wednesday from residents in the Fredericksburg region reporting downed trees and lightning strikes as the storm continued its journey eastward.

As of 4 p.m. Thursday, Dominion Energy reported 206 power outages in Fredericksburg, with 309 outages remaining in the Culpeper area.

Ledbetter said there is a chance of isolated thunderstorms Friday night, but a cold front coming this weekend will bring another chance for severe weather and possible flooding.

Amanda and Joe Carter examine the damage that a felled oak tree did to their Braehead home during a thunderstorm.

On Thursday, workers clear a tree that fell along Lee Drive during Wednesday’s storm. There was extensive damage around Lafayette Boulevard in the city.