The combination of relentless heat and excess rain in 2020 was something altogether unique for us.

Thanks to a scorching July and a drenched August, the entire period of climatological summer — June, July and August — nearly topped the local rankings for both temperature and rainfall.

All of the highs and lows from June 1 to Aug. 31 averaged to 79.1 degrees at Richmond International Airport, or about 1.7 degrees above normal.

Only four summers had a higher average temperature in the Richmond area: 2010, 2011, 1900 and 2005. But rainfall was at or below normal in those hotter summers.

Most notably, Richmond saw its hottest July on record based on mean temperature, which also tied August 1900 as the all-time hottest month. June was right at normal, while August was warmer than normal but ranked outside the top 10.

What we lacked in terms of record-busting triple-digit highs, we made up for with an unusually long streak of 90s and stubbornly sultry lows in the 70s.

It’s another data point consistent with our changing climate. Of the 20 hottest summers in Richmond’s records dating to 1897, 13 have been in the 21st century.

Two thirds of that huge total came in August, which narrowly fell short of being the wettest August on record. June was moderately wetter than usual, while July turned out dry. A drought began to emerge in our region before August’s rains overwhelmed the ground.

Some local backyards were even wetter.

Volunteer rain observers reported nearly 30 inches of summer rainfall near Enon in Chesterfield County and Williamsburg, about 26 inches in South Richmond and Bon Air, and 24 inches near Petersburg and Brandermill.

Owing to the scattered nature of rain patterns in summer, some spots had a relatively drier outcome. Rainfall was only slightly above normal in the Piedmont counties south and west of metro Richmond from Cumberland to Dinwiddie. But the extreme wetness extended north and east of the city, with up to 200% of normal rainfall across the Northern Neck, Middle Peninsula and lower James River.

Despite recent wet summers, there isn’t a robust long-term trend in total seasonal precipitation. But there is evidence that the wettest days involve heavier rain.

The persistent heat and downpours weren’t limited to metro Richmond, or Virginia for that matter.

June-August rankings for nearby cities

Lynchburg: fourth-hottest in 128 years, hottest since 1943, and fifth wettest.

Norfolk: hottest on record in 147 years and 93rd wettest.

Washington area: fifth-hottest in 149 years, hottest since 2016 and tied for 12th wettest.

Heat and rainfall during Richmond’s summers 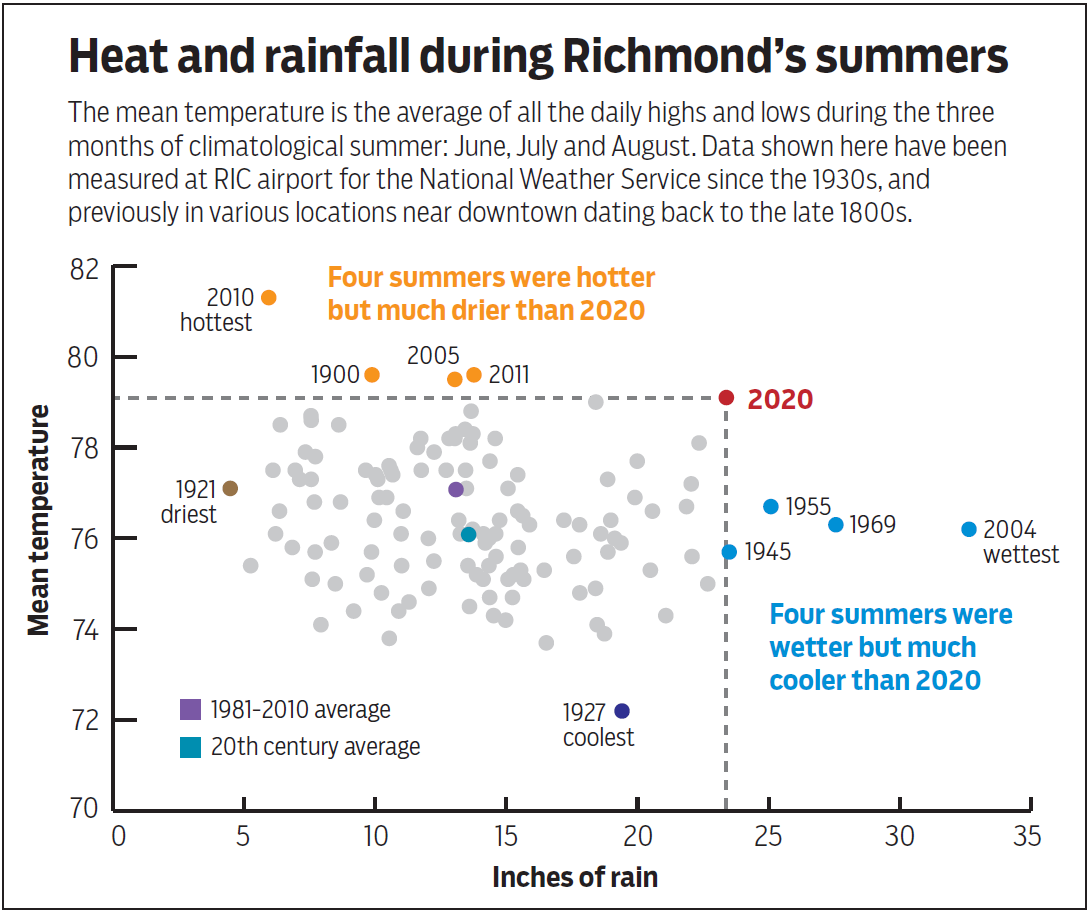 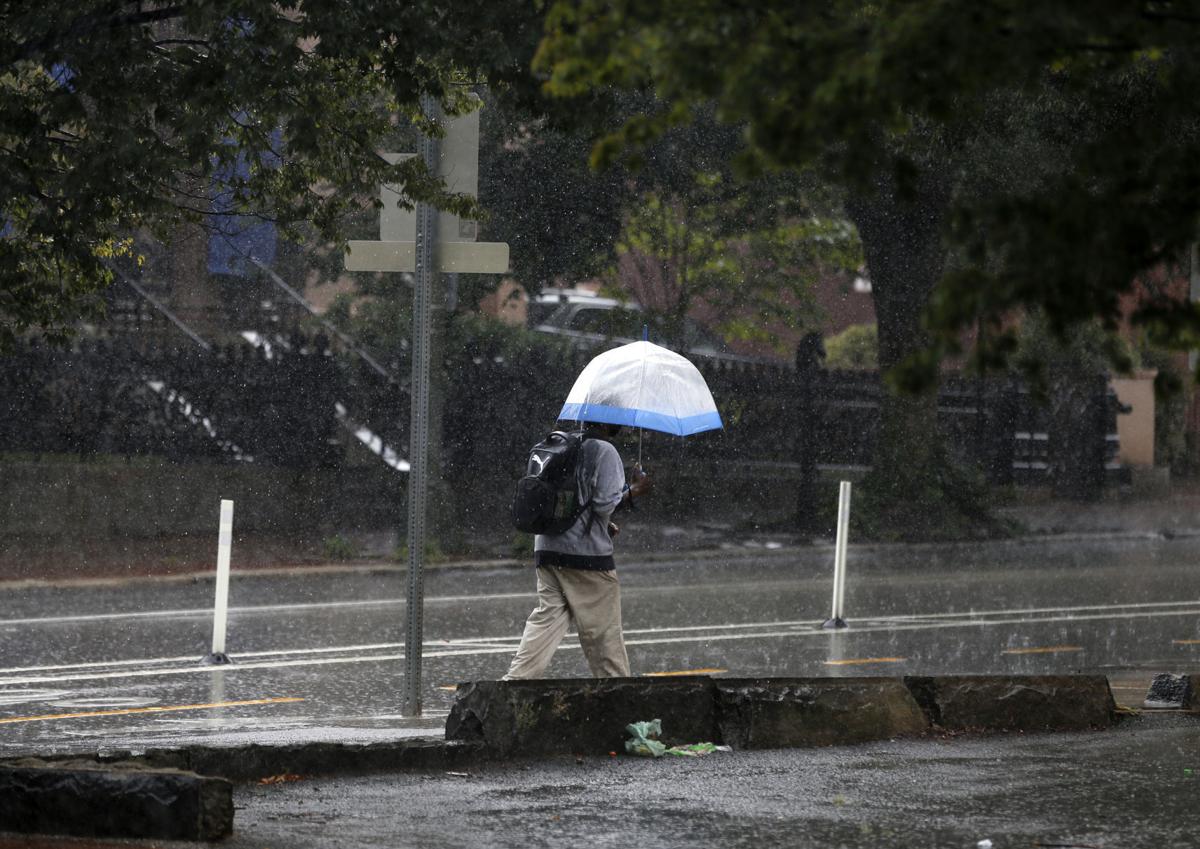 A man walks down East Franklin Street during a late summer afternoon storm on Tuesday, Sept. 1, 2020. 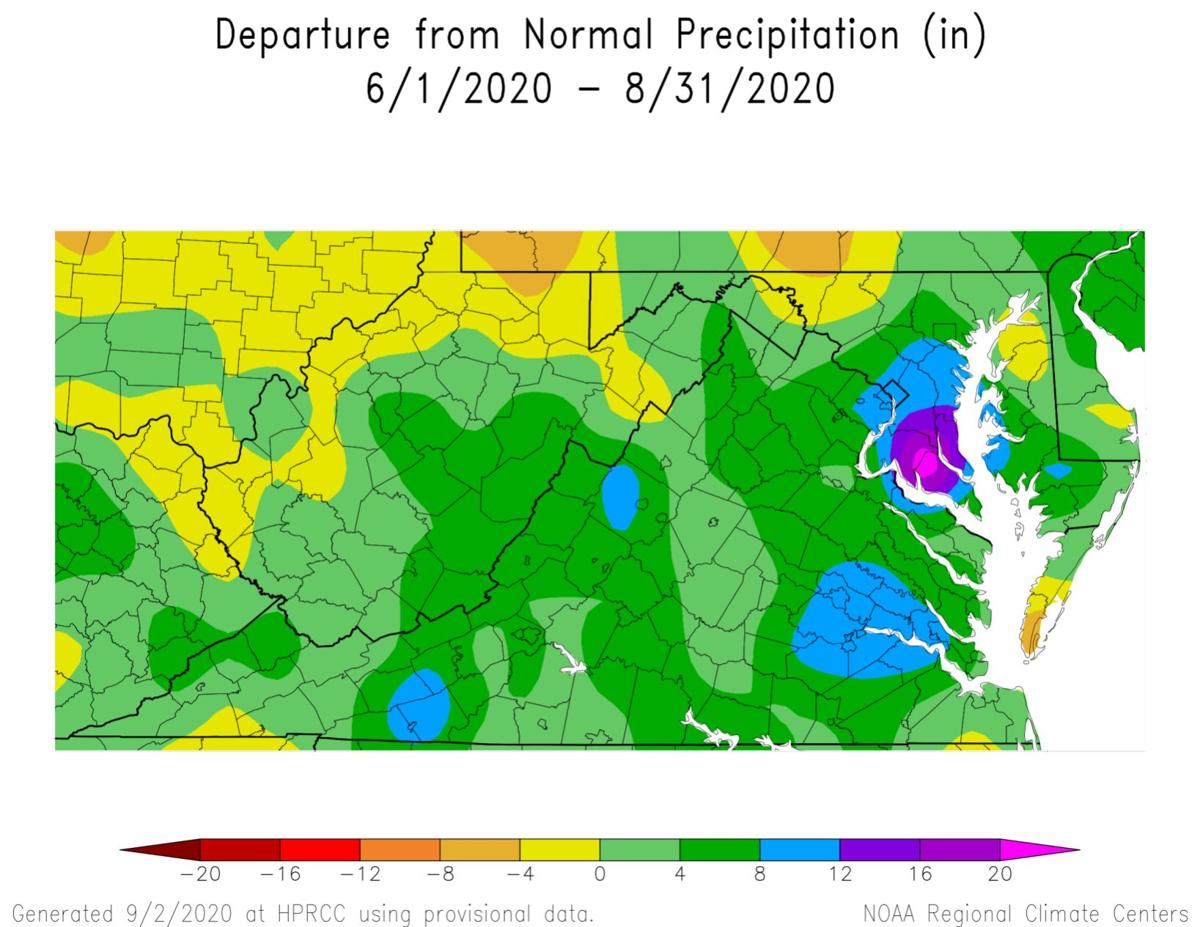 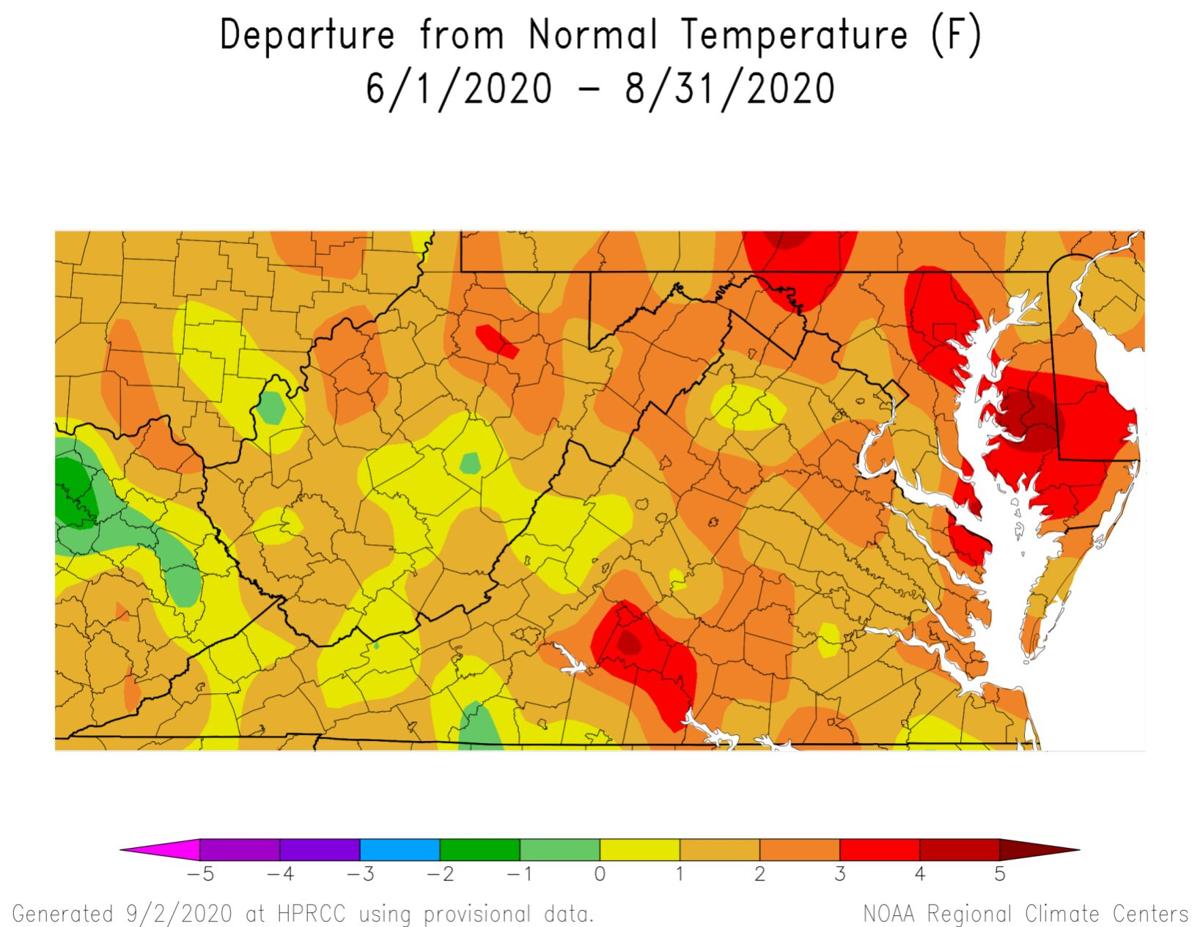