We're now just one downpour away from this becoming the wettest August on record at Richmond International Airport.

The month-to-date amount as of Tuesday was 15.08 inches, trailing only August 2004 at 16.3 inches. That month ended with Gaston's infamous floods, when some parts of Richmond saw nearly 13 inches of rain in about nine hours.

And we're only a little more than halfway through this month, with more showers and storms in the forecast later this week.

But the airport data doesn't tell the whole story. Some neighborhoods have been hit harder than others.

Gauges elsewhere across the metro area show that some areas have already seen at least 18 inches of rain on the month.

Most of these measurement sites don't have decades of history that we can compare it with to say whether it's at or above a monthly record, like we can with RIC airport. But it does show why Chesterfield County has been hit particularly hard.

In that area between Midlothian and Pocahontas State Park, nearly 10 inches of that monthly total came in one day this past weekend. That rain quickly ran off into roads, creeks and reservoirs with damaging results.

Tropical Storm Isaias started running up the high totals on Aug. 4. Then slow-moving storms dropped several inches of rain in parts of Richmond and Henrico County in the days that followed.

No corner of the metro area has been spared from the rain or the flash flooding threat. But the area from Midlothian to East Highland Park has now been subject to several flash flood warnings in the past couple of weeks.

Each downpour has kept the ground saturated, which made flash flooding hit faster the next time it rained. And urban and suburban developments are already more prone to seeing water collect on streets and low-lying spots.

Much of this data came from volunteers who report their backyard rain totals to the CoCoRaHS program. You can help make more accurate flood forecasts for your area by becoming a part of it. Here's where you can learn more about getting started. 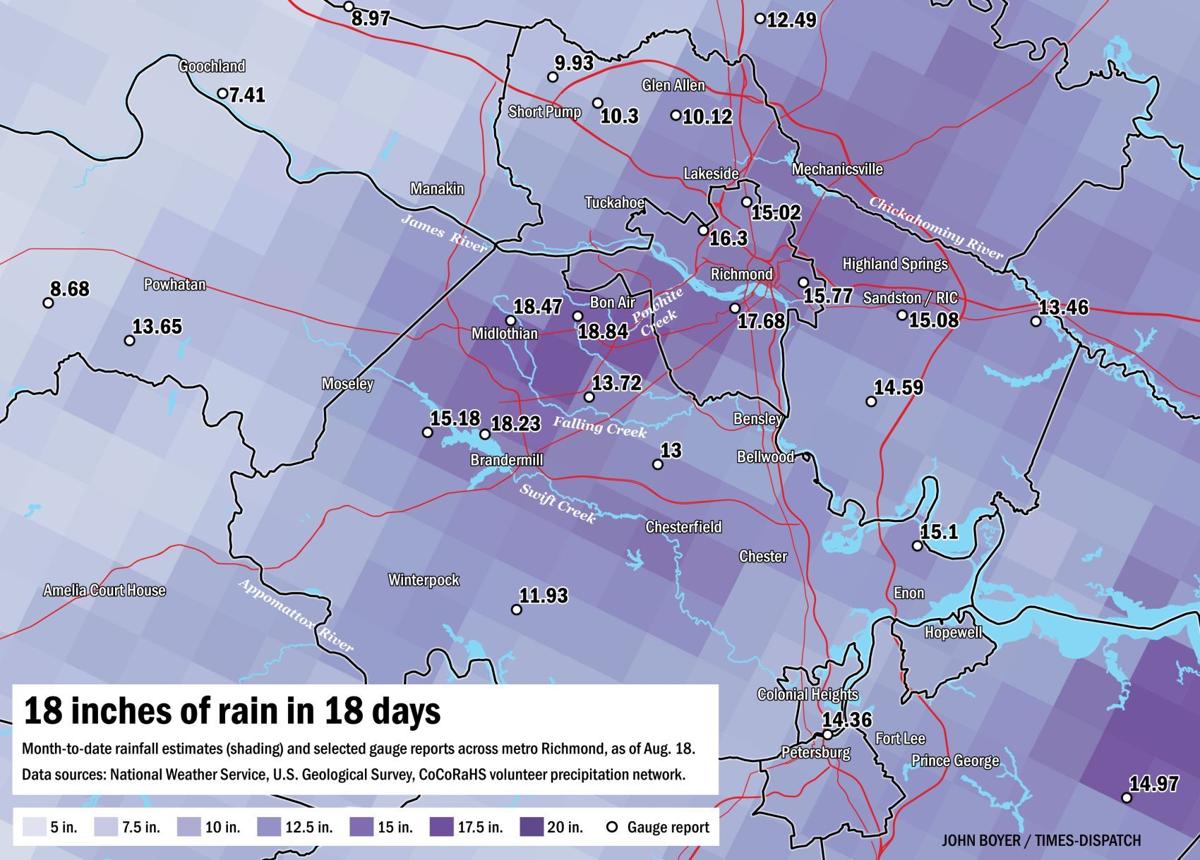 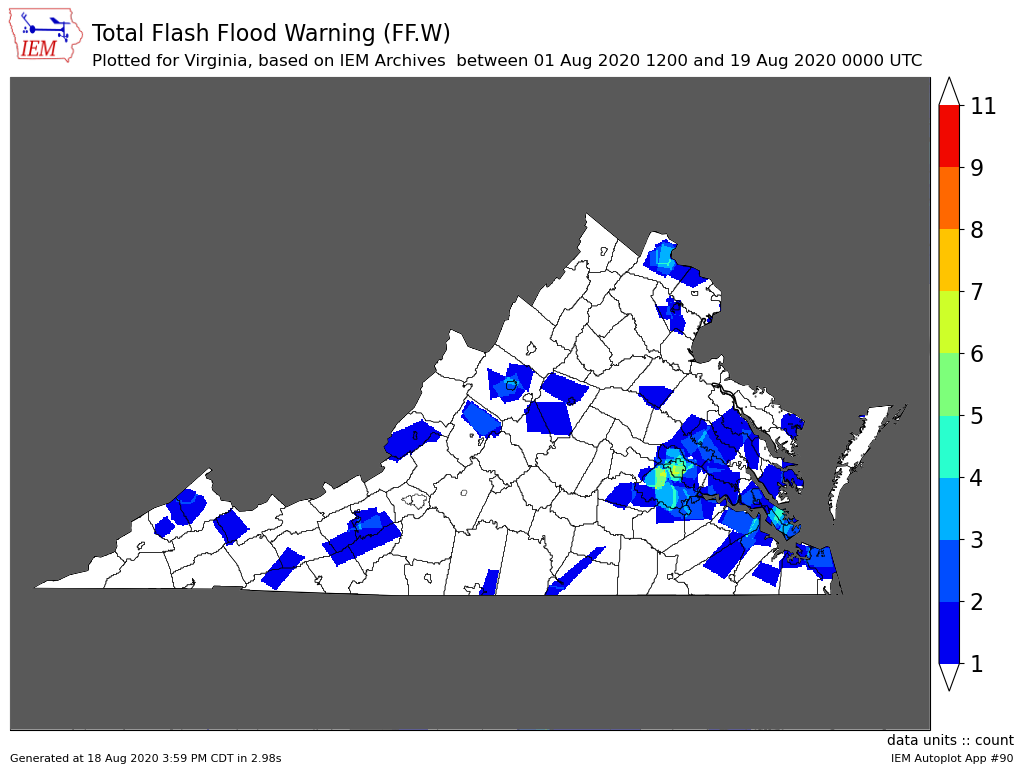 Frequency of flash flood warnings issued across Virginia throughout the first half of August 2020. Almost all of metro Richmond has been under warnings at least once, some areas up to six times.