A rocket launch carrying supplies to the International Space Station could be visible from Richmond on Thursday evening if the weather cooperates and all goes to schedule.

The Antares rocket was originally set to blast off from NASA's Wallops Flight Facility on Tuesday evening, but a poor weather forecast for the Eastern Shore pushed it back two days.

Heavy rain is likely across the region from Tuesday into Wednesday, but the forecast for Thursday evening looks better. Still, there's a slight chance for some showers to linger into Thursday. Clouds may be on the increase late in the day ahead of another, weaker cold front that should arrive on Friday.

If skies are mainly clear, the bright rocket trail would appear over Richmond's eastern horizon about 90 seconds after liftoff as it makes it way up to orbit over the Atlantic Ocean.

The launch could be visible anywhere between New England and South Carolina under ideal conditions, though the Delmarva Peninsula enjoys the best views. But the nearby NASA Visitor Center will not be open as a public viewing site, nor will the beaches at Chincoteague National Wildlife Refuge.

The Cygnus cargo spacecraft sent up by the Antares rocket would then rendezvous with the International Space Station early Sunday. This will be the 14th resupply mission for Northrop Grumman, NASA's commercial resupply partner.

Among the roughly 8,000 pounds of equipment and supplies bound for the ISS: a new, more efficient space toilet specially designed for the weightless environment aboard the station.

The last cargo flight from Wallops Island to the ISS was a daytime launch on Feb. 15.

October started out near 100 degrees last year. This one will actually feel like fall in Richmond.

October will actually feel like October, at least to start. 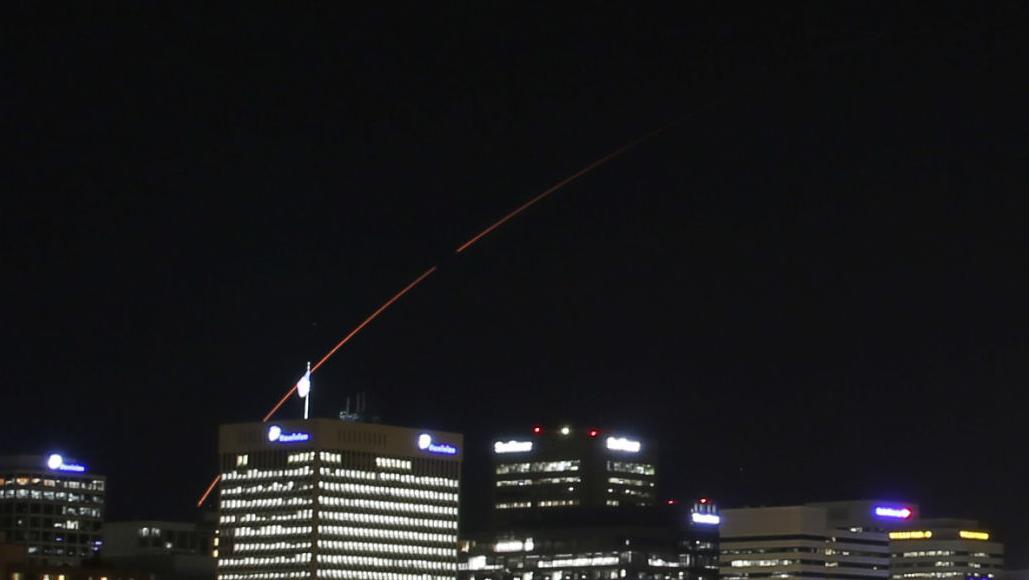 In this composite photo, composed of two exposures, a rocket that was launched from Wallops Island, Va. can be seen over Richmond on Monday Oct. 17, 2016. The rocket was heading toward the International Space Station with supplies. 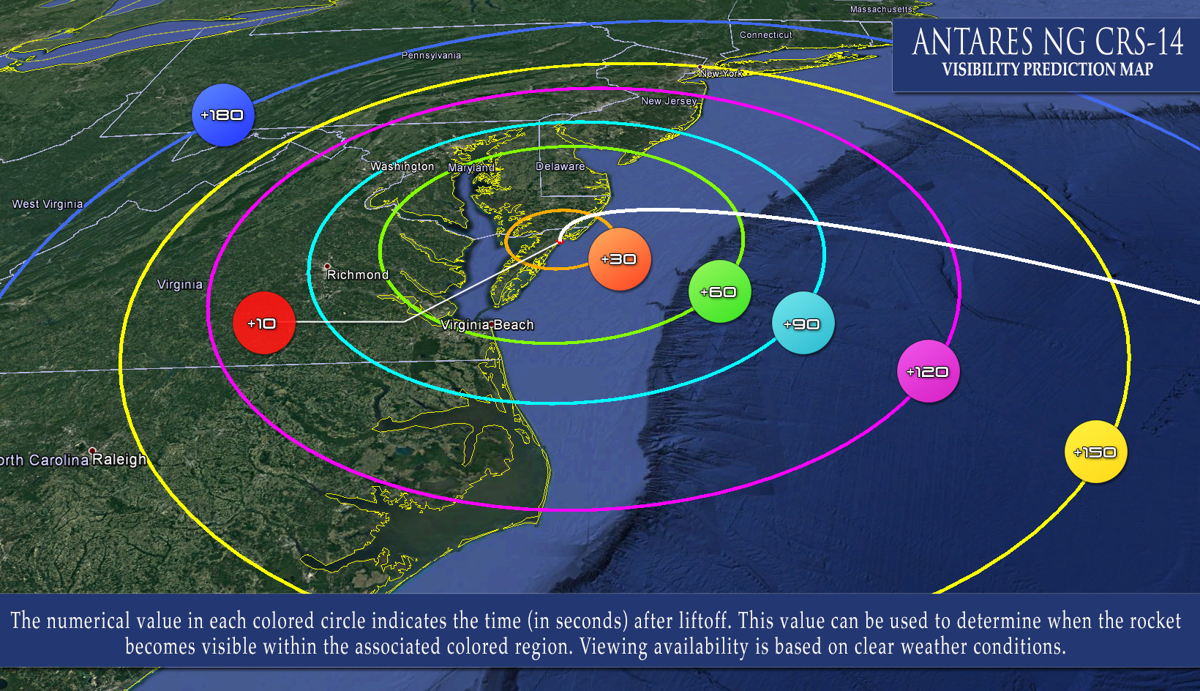 Theoretical visibility of the upcoming Antares rocket launch from NASA's Wallops Flight Facility on the evening of Oct. 1. The rings show how many seconds after launch before the rocket would be visible from a given location, if weather permits.