Wildfires burn millions of acres of land every year, leaving changed landscapes that are prone to flooding. Less well known is that these already vulnerable regions can also intensify and in some cases initiate thunderstorms.

Wildfire burn scars are often left with little vegetation and with a darker soil surface that tends to repel rather than absorb water. These changes in vegetation and soil properties leave the land more susceptible to flooding and erosion, so less rainfall is necessary to produce a devastating flood and debris flow than in an undisturbed environment.

Burn scars can also initiate or invigorate thunderstorms, raising the risk both of flooding and of lightning that could spark more fires in surrounding areas, as my research with fellow atmospheric scientist Elizabeth Page has shown.

Three things contribute to the potential for burn scars to fuel thunderstorms: lack of vegetation, reduced soil moisture and lower surface albedo – essentially how well it reflects sunlight. When burned soil is darker, it absorbs more energy from the sun.

These factors contribute to higher surface temperatures over the burn scar area relative to unburned areas nearby. The temperature difference can drive air currents, causing convection — the motion of warmer air rising and cooler air sinking. When that rising warm air draws in more humid air from surrounding areas, it can produce cumulonimbus clouds and even thunderstorms that can trigger rain and flooding.

In an analysis of a flash flood that occurred on burn scars in Australia in 2003, scientists found that the soil’s moisture was low and its albedo in the burn area had fallen from 0.2 to 0.08. To put that into perspective, charcoal has an albedo of about 0.04 and fresh snow is nearly the maximum of 1. When the scientists simulated those changes in a computer model, they found that if the land hadn’t been burned, just over a tenth of an inch of rain would have fallen. Instead, those changes led to 1.25 inches and severe flooding.

Studies have found that the intensity of this effect of burn scars on storm potential decreases over time, but the risk remains until the vegetation regrows.

When I used to pilot sailplanes, also known as gliders, I often rode the thermals – upward currents of warm air – in the Santa Catalina Mountains near Tucson and in Colorado’s Front Range. The best locations for catching thermals were on the south and southwest slopes of rugged terrain, where the thermals became chutes of rapidly rising air.

A wildfire in one of these locations would burn more intensely because of the swift air currents, leaving a dark, water-repelling surface with little vegetation behind. With moisture from the Southwest Monsoon that arrives in the region in late summer, these thermal chutes, intensified by burn scars, are prime locations for initiating or intensifying storm-producing cumulonimbus clouds and flooding.

In these arid regions, plant recovery may take three to five years or more, particularly in locations where intense fires burned on south- and west-facing slopes where sunlight is more intense. Many of the record-breaking 2020 wildfires in Colorado and Arizona occurred in mountainous terrain where flash flooding on burn scars has been deadly in the past. These areas will continue to be of particular concern over the next few years.

The effects can linger

How long burn scars will continue to fuel storms depends on how arid the region is and how quickly vegetation recovers.

Forecasters, emergency responders and people living in and near wildfire burn scars need to be aware that these areas are at risk both for potential major flooding and debris flows, and for invigorated storms with a potential for heavy precipitation.

[Get our best science, health and technology stories. Sign up for The Conversation’s science newsletter.]

US winter forecast: Warmer across South, wetter, cooler in parts of North

The National Oceanic and Atmospheric Administration predicts a warmer than normal winter in the U.S. South, cooler and wetter in parts of the North.
Weather

La Niña has arrived in the US and is sticking around. Here is what that means.

"La Niña is anticipated to affect temperature and precipitation across the United States during the upcoming months," the NOAA weather center said.

BOYER: After five years of forecasting, it's time to say farewell

This wasn’t an easy column to write.

Two forest researchers whose own communities were threatened by fires in 2021 explain how historic policies left forests at high risk of megafires.

U.S. weather and climate disasters took more than 500 lives and cost $100 billion-plus so far in 2021, the National Oceanic and Atmospheric Association says.

Ask the Weather Guys: How is the Artic sea ice situation?

The sea ice cover in the Arctic Ocean is a key part of our climate system. The sea ice brightness reflects more solar energy to space than open water. 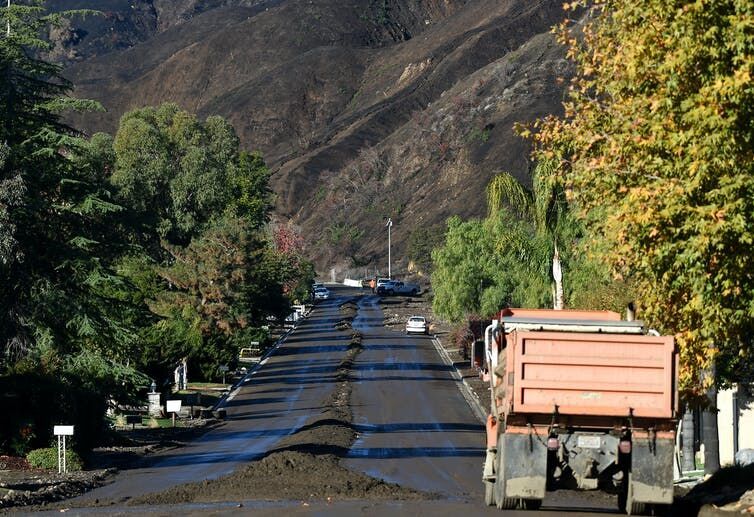 Parts of Lake Elsinore, California, were overrun with muddy floodwater after a storm hit the Holy Fire burn scar in 2018. 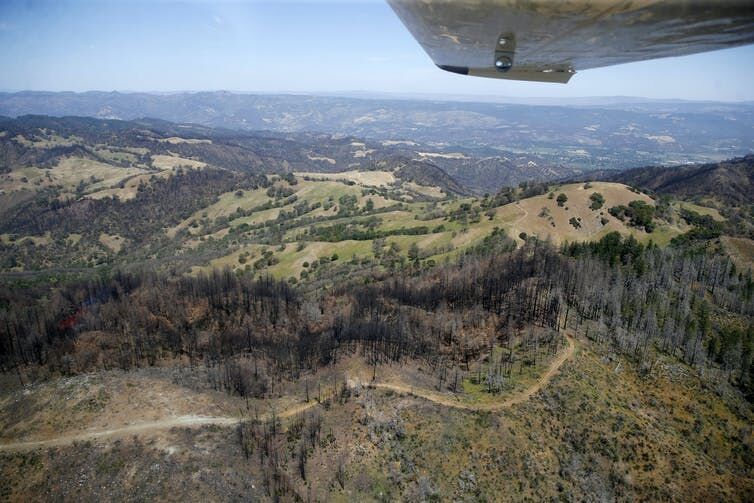 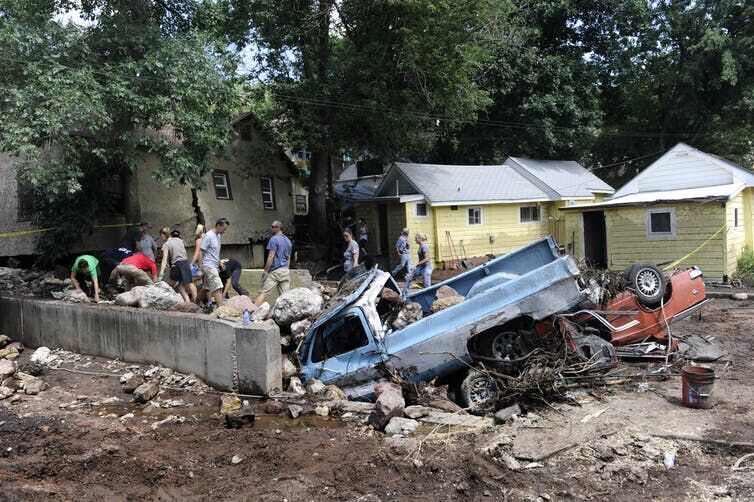 Flooding and mud from heavy rain on a burn scar damaged homes in Manitou Springs, Colorado, in 2013. The region was hit with flooding again in 2018.