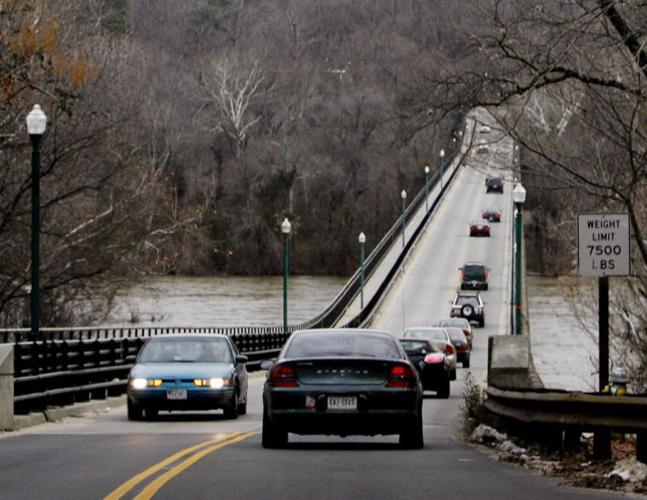 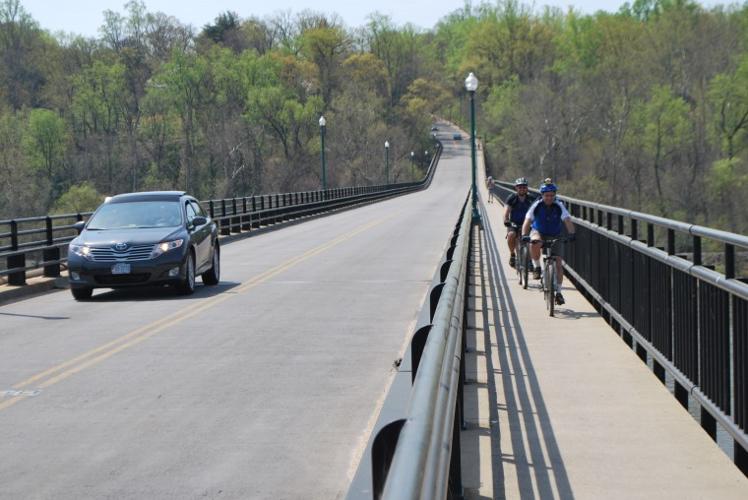 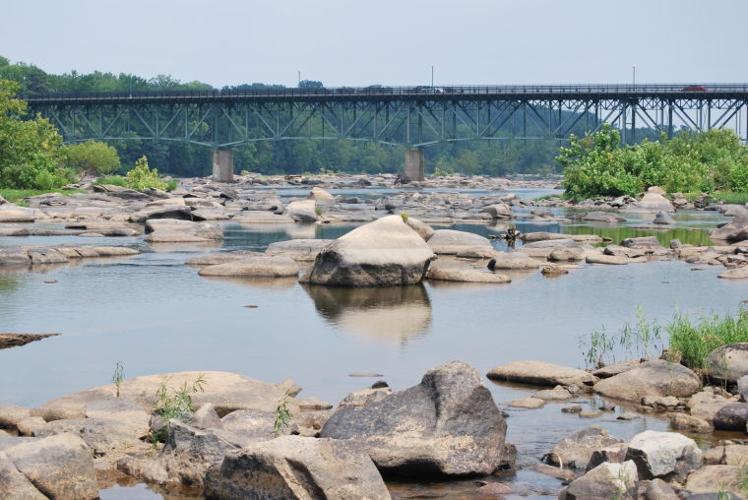 We've got a question about the Boulevard Bridge this week that I'm sure has been on the minds of many for years.

Why is the Nickel Bridge the only bridge in the Richmond area over the James that one has to pay a toll? Going back and forth from Woodland Heights, Forest Hill and Westover Hills neighborhoods we still have to shoulder this financial drain year after year? Shouldn't neighbors get some kind of a break or can the city just let this toll go for all?? It is not only costly over the year, it is also inconvenient because people are always tossing the coins hither and thither and/or not having enough. For a paid toll we seem to be penalized in both areas as there are way too many delays and/or a back-ups. Surely that bridge is paid for by now! - M.A.

First, I want to clarify that there are two toll bridges across the James River in Richmond: the Boulevard Bridge (aka Nickel Bridge) and the Powhite Parkway Bridge. Both are operated by the Richmond Metropolitan Authority.

I did some digging around in the Richmond Times-Dispatch archives to get more information about the 2,030-foot bridge. (See another great article from Richmond Magazine). The Boulevard Bridge has charm that is directly connected to its toll history. The toll is 35 cents now, but the toll was 5 cents from the time the city acquired it from Richmond Bridge Corp. in 1961 until 1973 -- giving the bridge the widely-used nickname of The Nickel Bridge. The name stuck even though the toll doubled in '73 to 10 cents. In 1988, the toll doubled again to 20 cents. Richmonders then began calling it the "nickel back bridge" because of the change for the quarters handed to toll collectors.

Now, absolutely no one calls the bridge "The Seven Nickel Bridge" because it sounds silly, but at least it is accurate. The $0.35 price is half of the highest toll the RMA charges for most of the rest of its tolls around Richmond.

The steel-truss bridge was closed on August 17, 1992, for 18 months of renovation work, according to the RMA. The renovation included replacing the concrete deck; widening the existing lanes on the bridge; and replacing the old toll building, booths, and equipment. A new reversible toll lane was installed to handle peak traffic from either direction. The bridge reopened on October 30, 1993.

That renovation has often been criticized for not putting an even higher emphasis on pedestrian and bicycle usage. The bridge was realigned to allow for a protected pedestrian crossing, but could it have been made wider to accommodate a higher volume of non-motorized traffic away from the vehicle travel lanes? During peak recreational times and during events like this past weekend's Dominion Riverrock, large volumes of bikes have to share and yield the sidewalk to pedestrians -- at least they should. Many outdoor advocates have marked that example as a great learning experience and were much more diligent in forcing planners to consider pedestrians and cyclists with renovation projects like the Huguenot Bridge.

Now, to our reader's point about the toll hurting Southsiders' wallets. The Boulevard Bridge was built in 1925 by the Boulevard Bridge Corporation to make the Westover Hills residential community south of the James River more accessible for development, according to the RMA. This was after the development of the Southside streetcar neighborhoods around Forest Hill Park. Richmond was becoming more accepting of the automobile as a primary form of transportation and this crossing was much closer to home for those suburban Richmond neighborhoods than having to drive downtown for the old Manchester and Mayo bridges.

That leaves us with the question of why the bridge still has a toll. Simplest answer is that the RMA still owns and operates it. According to its website, "while the RMA is a political subdivision of the Commonwealth of Virginia, it functions much like a private business. Tolls paid by expressway patrons are required by law and contract with RMA's bondholders to be sufficient to maintain and operate the expressway, pay debt service, and provide for requisite reserves. Surplus funds, if any, remaining at the end of the year are used for the benefit of the expressway and to pay down debt."

What that means is, the RMA has the right to charge a toll to cover the cost of everything it operates. While I have never lived on the Southside, I have worked in that part of town and used to drive or bike over the bridge every day for work. I love the views of the James River from the bridge but sympathize with those who have to fork out the money every day to cross the attractive span.

I can't help myself, even though this wasn't part of the question, I need to include the histories of the Manchester and Mayo bridges.

According to the Times-Dispatch, a toll bridge was built at the site of the Manchester Bridge by Edwin Trent in 1816, but it washed away in a flood a year later. A free bridge was built in 1873, and it was replaced in the 1930s. In 1941, it was named the Jefferson Davis Memorial Bridge, but people still referred to it as the Manchester Bridge. Rebuilt in 1972, the bridge is sometimes called the Ninth Street Bridge.

The Mayo Bridge (aka 14th Street Bridge) also has an interesting history. According to Bill Trout's Falls of the James Atlas (as reported in the Times-Dispatch), Capt. John Mayo built the first bridge at the site to the island (now Mayo Island) in 1788 and charged a toll that made his family rich. It was swept away two months later by ice, and the bridge was rebuilt on wood piers in 1796. A third bridge was built in 1799, a fourth after Confederates burned the span in the Civil War, a fifth in 1871 after a washout flood and in 1877, five spans were built and washed away by the river in the same year. Finally, the city bought the bridge rights in 1910 and rebuilt the whole thing of concrete, opening it in 1913. It still stands today and is renowned for its resemblance to the Pont Neuf in France. The bridge still floods when the river is at 28 feet or above. It is scheduled to undergo a major renovation any day now.

Are you aware that the Richmond Metropolitan Authority is going through a major transition in 2014?

Why Richmond, Why?!? Biking Prohibited on Boulevard Bridge

Why do people ride their bikes on both the walking path and the vehicle lanes of the Nickel Bridge without getting in ticketed? Why isn't this…

Why Richmond, Why?!? Illegal to Bike on Sidewalks?