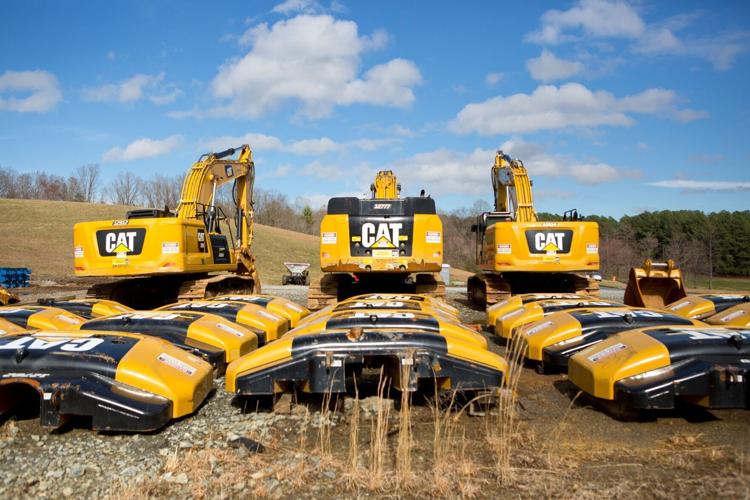 Equipment sat at 10885 Virgil Goode Highway in Rocky Mount on March 9. The Mountain Valley Pipeline is facing the greatest danger of collapse since the $6.2 billion infrastructure project was authorized in 2017. 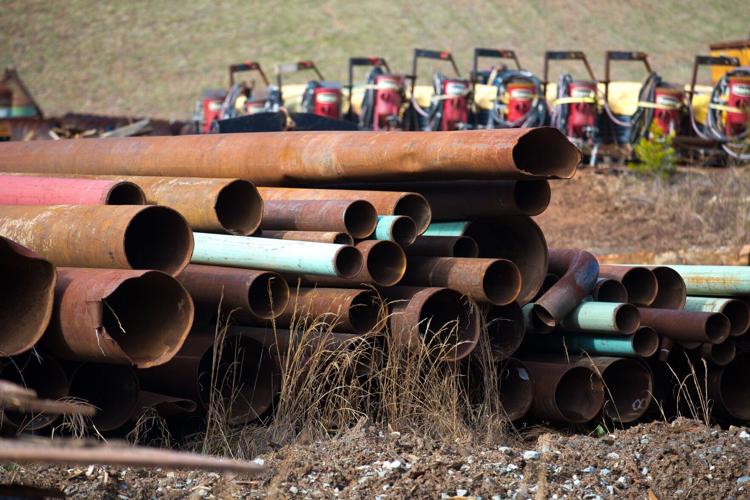 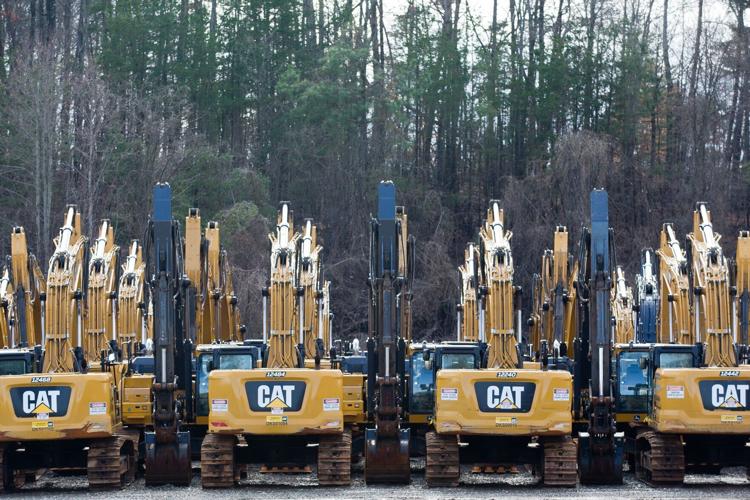 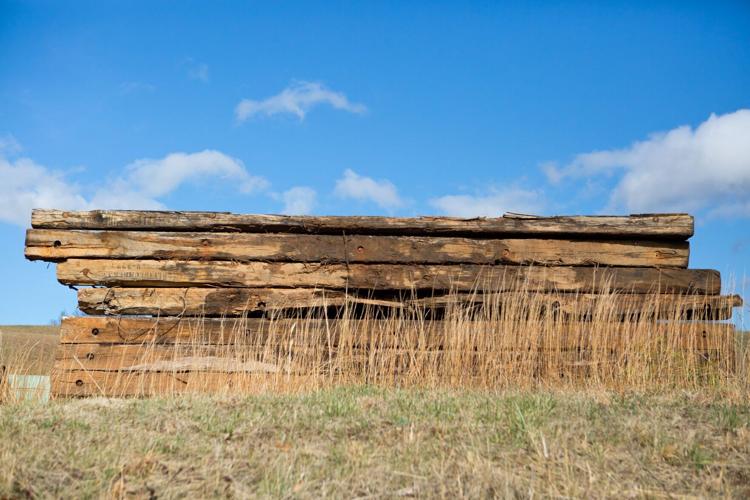 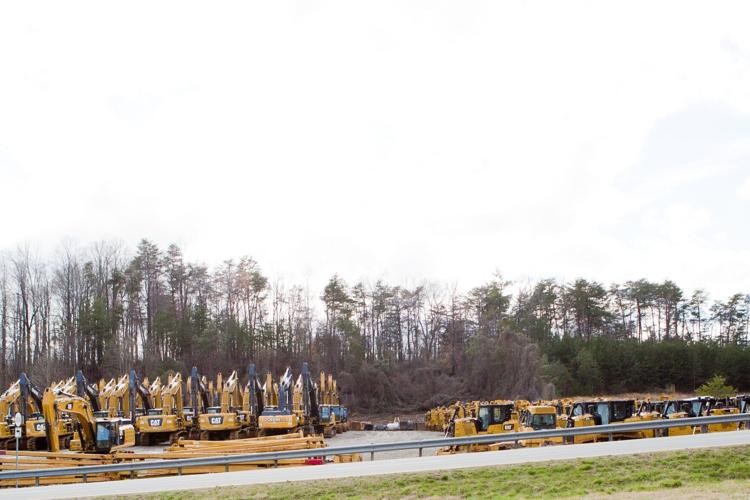 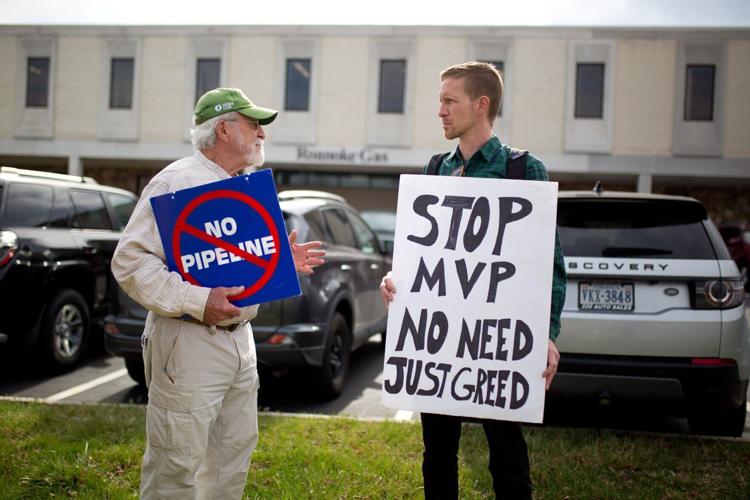 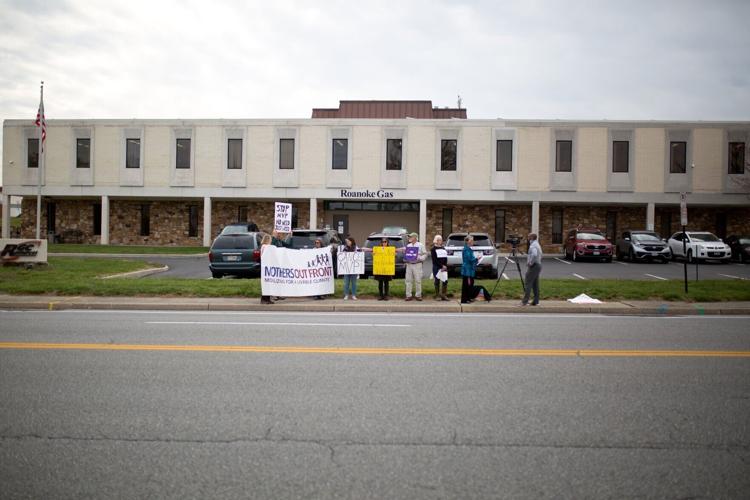 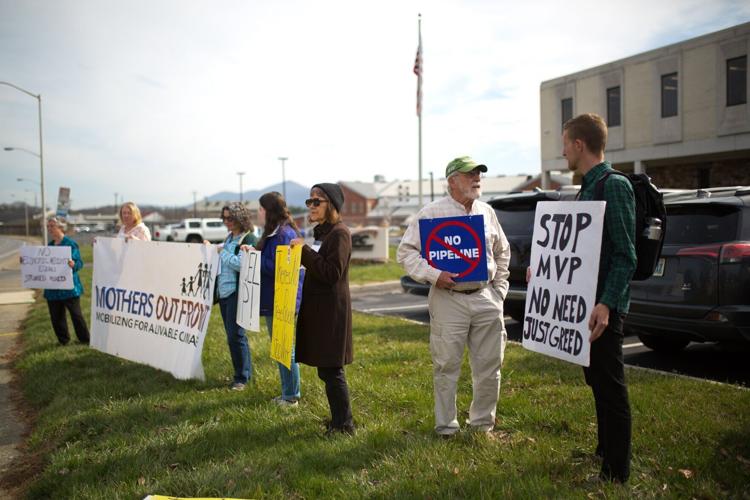 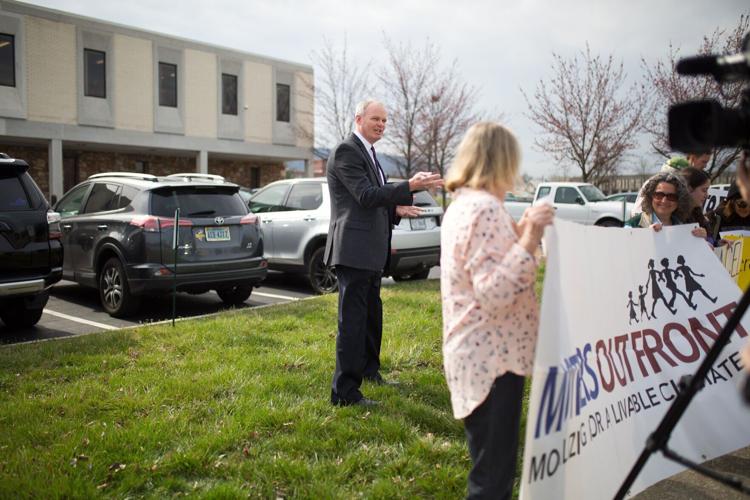 By Laurence Hammack The Roanoke Times

ROCKY MOUNT — Adding a splash of yellow to the drab winter landscape, dozens of excavators and bulldozers sit in rows on a gravel lot, idled by the latest stop in construction of the Mountain Valley Pipeline.

Developers had hoped the equipment would be in the field by now, finishing work on a natural gas pipeline that was supposed to be done four years ago.

But on a mild afternoon recently, crews loaded one of the excavators onto a tractor-trailer bound for a different construction job, one with more promise.

Mountain Valley — which lost two permits this year to a federal appeals court that has repeatedly struck down its government-issued approvals — is facing the greatest danger of collapse since the $6.2 billion infrastructure project was authorized in 2017.

While construction remains at a standstill, efforts to revive the pipeline continue on several fronts.

Attorneys for Mountain Valley have asked the full 4th U.S. Circuit Court of Appeals to reconsider decisions by a three-judge panel, which in late January struck down a permit allowing the pipeline to pass through the Jefferson National Forest and the following week invalidated an opinion from the U.S. Fish and Wildlife Service that work would not jeopardize endangered species.

U.S. Sen. Joe Manchin of West Virginia is calling for legislative or executive action to advance the project. The 303-mile pipeline will start in the Mountain State before passing through the Roanoke and New River valleys.

And with Russia’s invasion of Ukraine tightening the global energy market, supporters of Mountain Valley say it’s needed more than ever for a steady supply of natural gas.

A Richmond-based federal appellate court — and in particular, three judges on the 15-member court — has been perhaps the sharpest thorn in the side of a joint venture of five energy companies that make up Mountain Valley Pipeline LLC.

Chief Judge Roger Gregory and judges Stephanie Thacker and James Wynn have presided over 12 cases in which environmental groups challenged permits issued to Mountain Valley and the Atlantic Coast Pipeline, a similar project that was canceled in 2020 as legal problems mounted.

“That panel’s record speaks for itself,” pipeline attorneys wrote in a recent court filing, stating that all but two of the 12 contested permits have been vacated or stayed over the past four years.

On March 11, a petition filed by Mountain Valley asked the full 4th Circuit to consider the decisions of the three-judge panel in a rare proceeding known as an en banc hearing.

“The consequences of the panel’s actions are grave,” the petition states. “Its errors have trapped Mountain Valley and the agencies in a perpetual loop, ordered to redo work that was neither arbitrary nor capricious, knowing that revised analysis will yet again be subject to inappropriately aggressive review.”

A key argument is that the three-judge panel substituted its own judgment for that of the Forest Service and the Fish and Wildlife Service. Mountain Valley says that violates a long-established precedent that deference should be given to agencies when they decide complex matters involving their own expertise.

The panel engaged in “textbook fly-speckary,” the petitions state, examining in minute detail the Fish and Wildlife Service’s opinion that construction would not jeopardize endangered species in the pipeline’s path, which include the Roanoke logperch and the candy darter fish.

“Worse, the panel’s criticisms in key respects are just wrong,” the filings contend.

In 2018, the 4th Circuit remanded a Forest Service permit, which allowed the pipeline to pass through 3.5 miles of national forest in Giles and Montgomery counties. The agency spent nearly two years working on an environmental impact statement that addressed the court’s concerns about erosion problems being overlooked, Mountain Valley contends.

“The panel nonetheless vacated the agency’s determination once again, based on modest disagreements over points of secondary significance,” the company’s filing said of the court’s second rejection of the Forest Service permit earlier this year.

Mountain Valley faces a steep uphill climb. When a three-judge panel’s decision is unanimous, as it was in the two cases at issue, the 4th Circuit is cautious about granting an en banc hearing, according to Carl Tobias, an expert on the court who teaches at the University of Richmond’s law school.

“The active judges may defer somewhat to a unanimous panel ruling, especially if the reasoning is persuasive,” Tobias said.

An en banc hearing is generally not ordered unless it is necessary to secure uniformity in the court’s decisions or the case involves a question of “exceptional importance,” according to the rules of the court.

The Sierra Club, one of about a dozen national, state and local environmental groups that have challenged Mountain Valley’s permits, says there is no need for the full court to second-guess its three-judge panel.

“This petition is just another example of MVP grasping for straws to complete their unnecessary project,” said Caroline Hansley, a senior campaign representative with the Sierra Club.

Pipeline opponents point to Mountain Valley’s environmental track record, which in Virginia includes nearly 400 violations of erosion and sediment control regulations and fines of more than $2 million from state regulators.

“This reckless project cannot be built in a safe manner that complies with standards designed to protect our lands, water and vulnerable species,” Hansley said.

To date, neither the Forest Service nor the Fish and Wildlife Service have joined Mountain Valley, which is an intervenor in the cases, in asking the 4th Circuit to grant a rehearing.

When asked if the Fish and Wildlife Service supports Mountain Valley’s petition, a spokesman for the service said he could not comment on legal matters. The Forest Service had not provided an answer to the same question by late Friday.

Nathan Matthews, a senior attorney for the Sierra Club who was involved in the Forest Service case, questioned the assertion that the 4th Circuit substituted its own judgment for that of the agency.

Rather, the Forest Service failed to form any judgments at all in some cases, said Matthews, citing as an example its failure to consider water quality data from government monitors installed a short distance from the Jefferson National Forest.

In recent weeks, Mountain Valley has gained an alley in West Virginia Democrat Manchin, who is often more conservative than his party’s base.

Manchin is pushing for reinforcing domestic energy supplies in light of Russia’s invasion of Ukraine, which has tightened the global market for oil and natural gas.

“I know some might bristle at investing in fossil fuel infrastructure as a long-term asset,” the senator said March 10 in prepared remarks to the Energy and Natural Resources Committee, which he chairs. “But let me tell you — the Mountain Valley Pipeline could be completed in four months if it was finally given the green light. And I’ve got legislation ready that would do just that.”

Details of the bills, which have not yet been introduced, were not available. Manchin’s press office declined to comment.

Manchin has also called on President Joe Biden to employ the Domestic Production Act, directing private companies to step up efforts crucial to national defense interests, in an effort to jump-start Mountain Valley. In the past, the measure has been used for emergency matters such as the COVID-19 pandemic.

When asked earlier this month about the matter, White House press secretary Jen Psaki suggested that the administration was not inclined to pay oil companies for “what they probably already have the capacity to do,” according to reporting by The Hill, which covers politics and policy from Washington.

Ever since 2014, when plans to bury a 42-inch pipe along the mountains of Southwest Virginia sparked an intense controversy that continues today, there’s been debate over the need for the fuel it will carry.

Pipeline opponents say residential and commercial use of natural gas has remained stable over the past 20 years and is expected to remain so for just as long.

They say transporting 2 billion cubic feet per day of natural gas to markets in the Mid-Atlantic and Southeast regions of the country will worsen a climate crisis that should be addressed with renewable energy.

A small crowd of protesters gathered Wednesday outside Roanoke Gas Co., which plans to take natural gas from two taps of pipeline and distribute it to its 60,000-plus customers in the Roanoke and New River valleys.

“It’s a tragedy that MVP’s partners haven’t been responsible to their shareholders by canceling this ever increasingly expensive boondoggle,” said Freeda Cathcart of Roanoke, a frequent critic of Roanoke Gas’s involvement with the project.

A subsidiary of RGC Resources, the parent company of Roanoke Gas, is a 1% partner in building the pipeline.

When FERC approved the project in 2017, it found there was a public need for the gas — a decision it reaffirmed in 2020 when it gave Mountain Valley a two-year extension to complete the project.

FERC’s initial finding has been upheld by the U.S. Circuit Court of Appeals for the District of Columbia.

Despite the recent setbacks, Mountain Valley says it still plans to complete the project. Details on when that may happen, and whether the $6.2 billion cost of construction will rise once again, have been sketchy.

At a trial last week in Roanoke’s federal court, held to determine how much property owners should be paid for land taken by eminent domain, a Mountain Valley official testified that the hope is to have the pipeline in operation by next summer.

The company said it remains committed to finish the 303-mile natural gas pipeline.

Mountain Valley hits another snag in its pipeline plans

The U.S. Army Corps of Engineers said this week that it will not consider a stream-crossing permit after other federal approvals for the pipeline were struck down by an appeals court.

Equipment sat at 10885 Virgil Goode Highway in Rocky Mount on March 9. The Mountain Valley Pipeline is facing the greatest danger of collapse since the $6.2 billion infrastructure project was authorized in 2017.