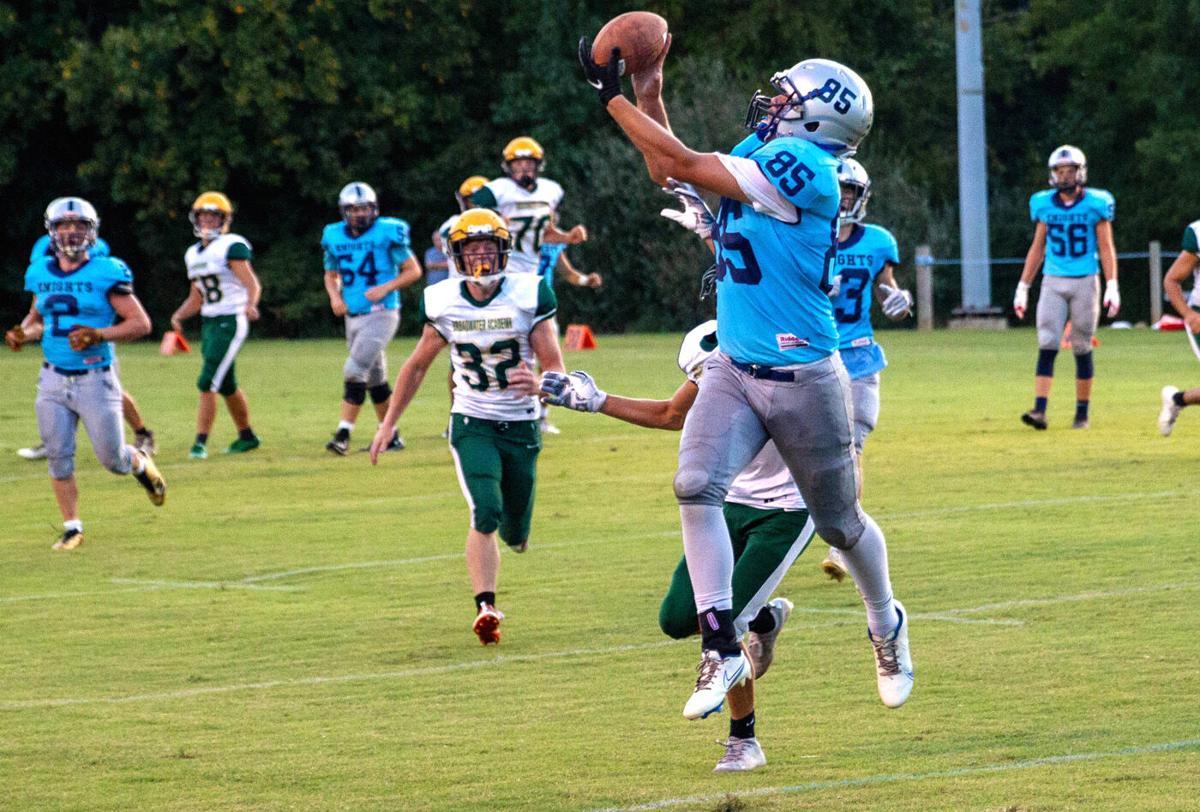 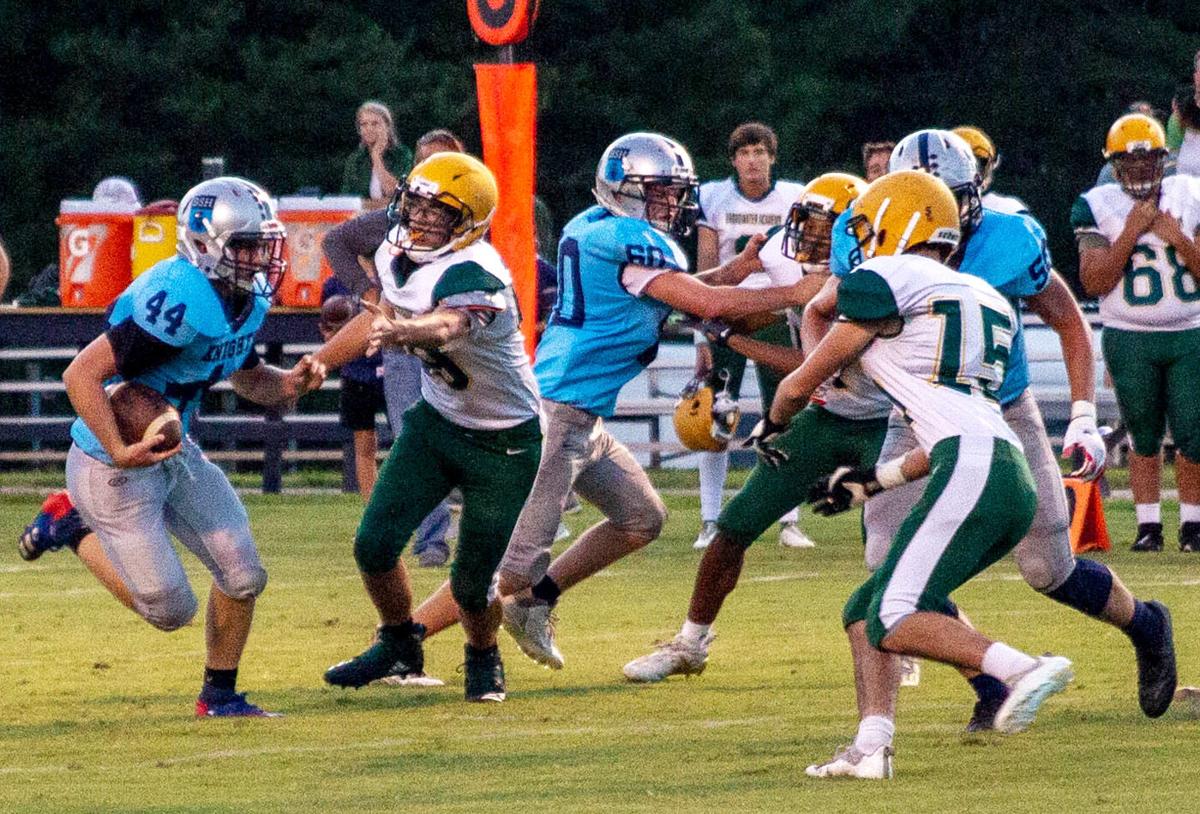 Blessed Sacrament Huguneot's Hunter Case (44) runs through a gap during the Knights 50-16 win on Sept. 3 over Broadwater Academy. Case rushed for three touchdowns against the Vikings as the BSH offensive line was able to consistently create running lanes for the Knights running game.

POWHATAN -- Blessed Sacrament Huguenot’s performance on Friday night against Broadwater Academy was a complete one—mastering elements in all facets of the game.

The Knights moved at will on offense, disrupted the Vikings' game plan on defense, forced several turnovers and even executed an onside kick in their 50-16 rout in 8-man Virginia Colonial Conference play.

“We thought we could beat them up front on the line,” Blessed Sacrament Huguenot coach Gary Brock said. “We just started with simple things, like a trap game that we run…just simple stuff. Our offensive line has done a great job two straight weeks and that’s what we’re relying on.”

Throughout the game, the Knights’ line was able to create wide open lanes for its runners to move through and get chunks of yards at will.

Josh Decker got the scoring underway with a 5-yard touchdown in the first quarter. On the ensuing possession, after a fumbled snap on a punt attempt by Broadwater Academy, Hunter Case scored the first of his three touchdowns from 11-yards out.

Decker grabbed an interception just three plays into the Vikings' next possession and Harrison Lee scored from 19 yards out to make it a 22-0 lead.

The Knights executed their onside kick to get the ball back just before the end of the first quarter. A long pass from Afton Harrow to David Mann for 32 yards would set up Case’s second touchdown from the end zone’s doorstep for a 30-0 lead.

“I was able to really cut up in the holes,” Case said. “My blockers were blocking hard.”

After a Broadwater Academy four-and-out, Case and Decker picked up chunks of yards and set up Zander Nadeau to score from 18 yards out for a 36-0 lead.

Broadwater Academy would get its first score later in the second quarter, but the Knights answered right back with a 23-yard pass from Nadeau to Mann for a 44-8 lead as time expired in the half.

“We were trying to set some of that up,” Brock said of the aerial aspect of the Knights' game. “Our quarterbacks and receivers told us on the sidelines that they were seeing openings here and there. We haven’t had an opportunity to throw for a while, so that was nice to see.”

Following Broadwater Academy’s second and final score early in the fourth quarter, Case completed the Knights' score sheet with a 6-yard run to make it 50-16.

“We ran the ball really well today,” Case said. “The line blocked really well and it turned out to be a great game.”

The Knights will have two weeks to prepare for their next game when they play Friday, Sept. 17 on the road at Brunswick Academy.

Blessed Sacrament Huguneot's Hunter Case (44) runs through a gap during the Knights 50-16 win on Sept. 3 over Broadwater Academy. Case rushed for three touchdowns against the Vikings as the BSH offensive line was able to consistently create running lanes for the Knights running game.