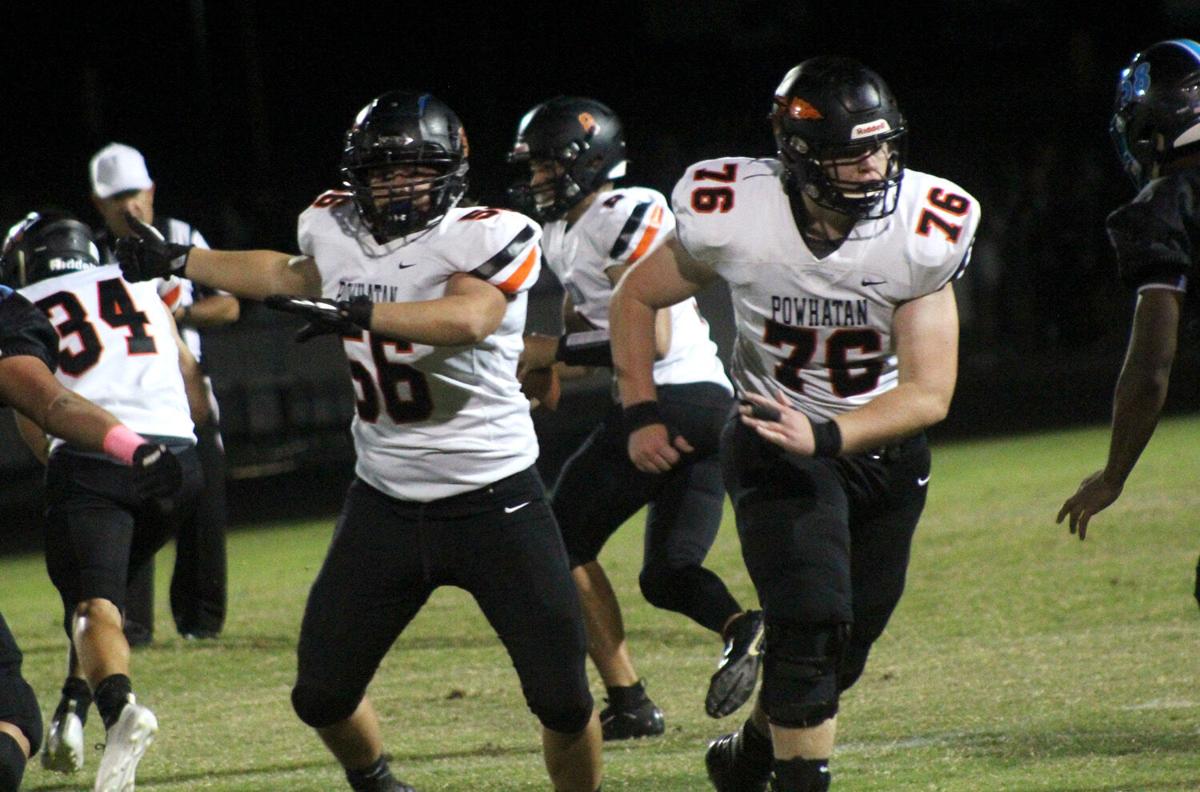 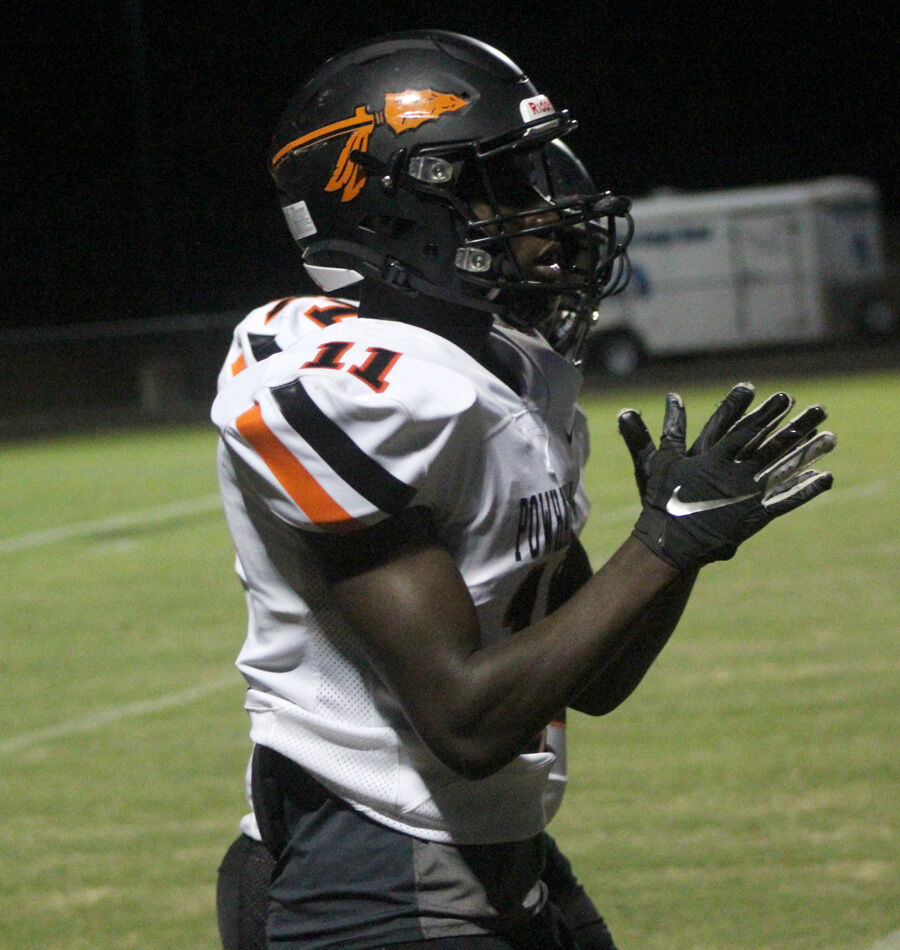 Powhatan’s JaySun Carroll prepares for a 2019 season game at Cosby. 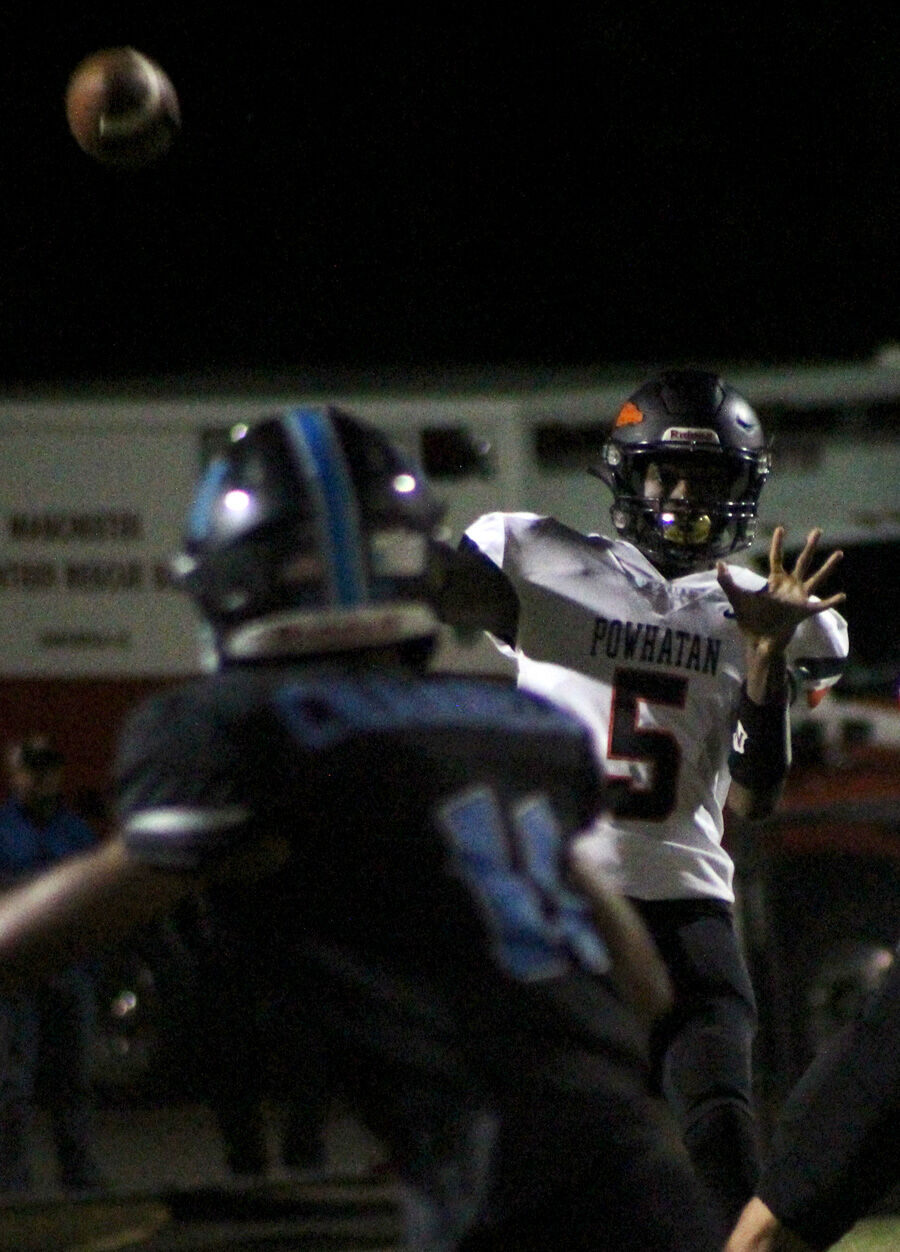 Had this been any other year, they would’ve already begun their regular season.

With the ongoing global COVID-19 pandemic forcing the Virginia High School League to reorganize and condense its upcoming 2020-21 athletic calendar, this hasn’t been your typical offseason for Powhatan football’s athletes and other teams. They must now wait another six months to play their first snap on the gridiron. The official VHSL fall season isn’t set to start until Feb. 15, and the first regular-season contest date isn't until March 1.

But if attendance at workouts and practices is any indication, Powhatan’s players are definitely looking forward to playing this school year.

“When you think you’re going to have the season starting in February and you’ve got 51 guys at workouts, that’ll tell you right there: one, our guys are committed to football, and two, they’re hungry to do something,” head football coach Mike Henderson said on Sept. 3. “I’m excited about the turnout. I’m excited about the work ethic. I couldn’t ask for any better.”

The way senior wide receiver and strong safety JaySun Carroll sees it, they have six more months to get better.

“It does give us an opportunity to get a leg up on our opponents,” added teammate and senior utility player Micah Holt, “and gives a little more time to get some work in and get stronger and bigger and faster.”

They also have this time to get close as a team and build on the playbook in their second year under coach Henderson, noted senior offensive lineman Bradey Lindhjem.

“It’ll be nice to have that time with them.”

Practice has changed to account for social distancing. The players have an hour of lifting and an hour of practice, and they’re split up into smaller groups. They can’t have any contact, run plays, hand off the ball or get in the huddle. And they haven’t been able to do any kind of work in pads.

But they’re happy to be able to work out, Henderson said. They are allowed to throw footballs as long as they clean the ball frequently.

They’re also able to still do position work during this time.

“We’re grateful for that opportunity, we’re not saying we’re upset about that, but it is different,” Henderson said. “It’s a lot of adjustments for coaches . . . we’re learning as we go.”

In addition to the team workouts they have, some of the players take part in Henderson’s weightlifting class, and the seniors spoke to doing individual workouts on their own time.

Senior defensive tackle and offensive lineman Neco Jackson attended a couple of football camps for defense at River City Sportsplex in Midlothian, and Holt participated in a combine in June at the Bon Secours Washington Football Team Training Center in Richmond.

Off the field, Lindhjem talked with coach Paul Williams about trying to watch some film with him on high school teams that are playing football in different states right now.

For players including Nash, Carroll and senior running back and middle linebacker Keyon Bethea, playing Madden NFL has been a helpful tool when it comes to reading coverages and defenses – “trying to predict but not guess,” Nash said.

Playing in the early spring will mean getting accustomed to rising temperatures over the course of the season – something that football isn’t known for.

Nash spoke to the need to get outside during the cold preseason in February and push through it ahead of the warmer regular-season stretch. The seniors also stressed the importance of staying hydrated.

“I think I’m going to like it a little bit more because of the weather and everything,” Nash added. “It’s going to be cooler and it’s not going to be as cold as the end of the season for fall.”

“It’ll be different, especially having football after wrestling season,” Holt said. “It’ll be a different change, but it’ll be a good challenge to get used to.”

Playing in March is unprecedented, but to Carroll, it’s still football.

His fellow seniors, Beaty among them, were just glad when they found out that they’re still supposed to play the game this school year.

To Beaty, “that’s all that really mattered.”

Powhatan’s JaySun Carroll prepares for a 2019 season game at Cosby.